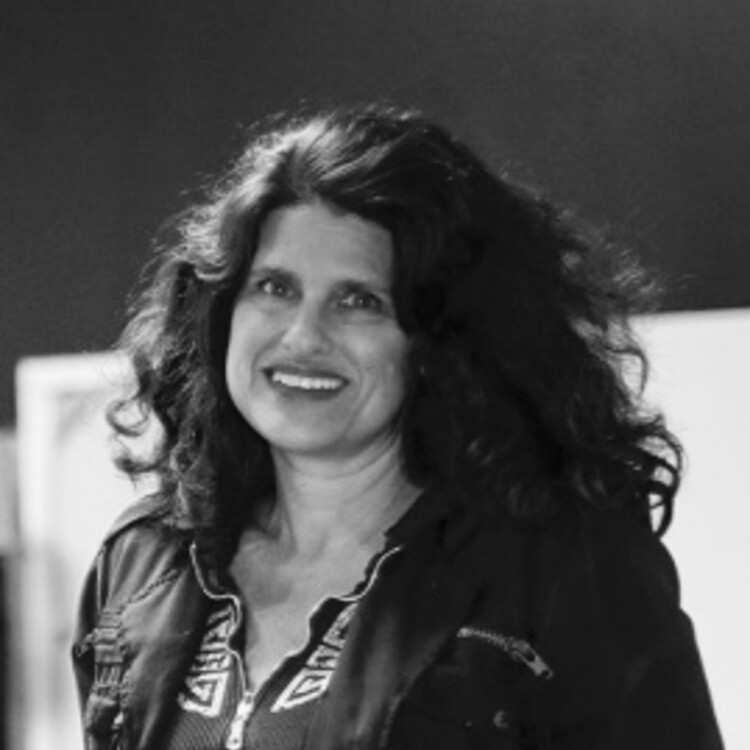 Feed the Hunger for Conversation in Your Community

As a playwright, I like arcs, so when I began to plot a new artistic project in my small town of Laguna Beach, California, I thought about the Arc of Engagement. This idea comes from the 2011 WolfBrown report Making Sense of Audience Engagement and asserts that audiences connect with a theatrical experience not solely during a performance, but also before and after. The experience of theatre happens linearly, over time.

I decided to engage my community to support and appreciate the development of new theatrical works through a series of curated script readings that I call Bare Bones Theatre. In the spirit of before-, during- and after-engagement—a full meal of theatre, so to speak—my tag line is Theatre You Can Chew On.

It starts with an invitation to attend a “script-in-hand playreading for the discerning theatre-goer.” The invite goes out via email to 350+ people who have provided me with their emails when RSVPing and/or attending a previous reading. I also spread the word via social media, the local radio station, weekly newspaper, and “townie” website, all of which receive an emailed media release about each event. I do not pay for advertising or media coverage—although it helps that I have built relationships with these folks.

I invite people not only to the readings, but also for facilitated post-play conversations about the issues raised by the play. I promise 'thought-provoking discussion of contemporary topics' hosted by a facilitator with expertise on the topic.

Only seventy-five people may attend each reading in the studio space I rent from a local artist, and we’ve grown with each event such that we’re now typically at or near capacity. Attendees are asked to RSVP to the e-invite, which offers the particulars—date, time, talent, etc.—as well as a play synopsis and a brief mention of theme. Talent is a mix of local and Equity actors who live within driving distance and are eager to participate not only because it’s fun, but also because a) rehearsal is limited to three hours prior to the reading, b) I feed them, and c) I pay them.

What makes Bare Bones unique, however, is that I invite people not only to the readings, but also for facilitated post-play conversations about the issues raised by the play. I promise “thought-provoking discussion of contemporary topics” hosted by a facilitator with expertise on the topic. For example, when we presented a play about art and authenticity, the facilitator was the president of a local art college; a play about an aging parent was facilitated by a gerontologist; and a minister was on hand when the play raised questions about a man choosing between following God’s commandments and listening to the needs of his family.

People are hungry for dialogue and community, yet as theatremakers, our first thought often is about the production, because it is the art-making that matters to us most. It’s the main course. However, the Arc of Engagement points out that meaning-making really happens after the performance is over. You might call it a dessert course—the icing on the cake. Regular Bare Bones attendee Sheila Moreshead told me, “The discussions are a wonderful extension of the plays and give me a chance to think about the plays and listen to others' thoughts rather than just quickly leaving without an opportunity to process the play.”

I’ve been surprised how much audiences also appreciate the rawness of the readings. They respond positively to my caution about limited rehearsal time and plays in development—they want an insiders’ view of the creative process. “The readings require the viewer and listener to truly pay attention to the words and emotions presented by the playwright,” I heard from audience member Carole Zavala. “One isn't distracted with clever lighting or designer-inspired sets. The play has to truly stand on its literary merits.”

Thought-provoking, high quality writing is paramount and must address what your audience cares about. For Bare Bones audiences, that has meant plays about aging, family, interfaith marriage, art, LGBTQ issues, grief, intimacy, religion, veterans, and generally finding meaning in a complex, ever-changing and uncertain world. Bare Bones presents new published and unpublished plays as well as works in development that I’ve found on the New Play Exchange, through networking, and by seeking scripts that have been lauded by others. I also have a good relationship with Laguna Playhouse Artistic Director Ann Wareham, who attends our readings and occasionally passes along a script. We also endeavor to cross-promote our offerings, so that a reading provides a “taste” of a more robust but similar Playhouse production.

The intimacy of Bare Bones lends itself not only to meaningful dialogue as part of the full theatrical meal, but also to a genuine feeling of community. “I look forward to each production knowing that I will be entertained, moved, enlightened, on so many different levels,” audience member Stephanie Cunningham told me. “In addition to seeing great writing and acting, this intimate venue allows me to ‘get involved’ with the piece.” A modest ticket price of $20 with an RSVP ($25 if you show up at the door) covers admission, as well as an open wine bar, and people are encouraged to come early to view the artist’s latest works and mingle with their friends. The social aspect of the evening can’t be overlooked at a time when connecting with community feels more important than ever.

Finally, audiences seem delighted by the presentation of theatre in a non-traditional space—in this case, the studio of a working artist, where the creative process is always evident. The artist, painter Sandra Jones Campbell, benefits not only from the rental income, but also from communing with artists working in a different medium. The symbiotic relationship extends to the audience as well, as she often invites her friends from the visual arts community, which helps build support for making local theatre.

Bare Bones has not been without its challenges. Because I don’t ask people to pay in advance, cancellations and no-shows are common—but so are last-minute joiners. When I hire actors who drive down from LA, traffic often causes delays, and last month, we had to adjust our rehearsal to accommodate a callback during pilot season. The media always wants photos, which I usually forget to take. Plus, creating a successful event—from curating the plays to casting them, marketing them, taking RSVPs, paying artists, etc.—is a lot of responsibility, which I carry alone, without compensation. It’s especially hard when I’m producing, directing, house managing, and working the front door, all in the same evening. Friends sometimes pitch in, but a long-term commitment to Bare Bones will require that I recruit more help, at all stages of the process.

Despite the challenges, Bare Bones may be a model that others can replicate in communities where residents want to engage in both art and conversation, and there is not enough of either. Maybe that means a small town like mine, or a neighborhood in an urban center that is not well served by existing arts and audience engagement programming. Regardless of geography, I believe that theatre presents an opportunity to engage the community in dialogue, and that we don’t need a building or an institution or even a lot of money to do that. Start small. Make it interesting. Make it relevant. Engage local experts to facilitate post-play dialogue. Pay artists what you can, but keep in mind that building audiences and making meaning is more important than making a buck.

Eighteen months after creating Bare Bones Theatre, it operates on a relatively break-even budget, but as a theatremaker, my payback is manifold: I’m supporting new play development (including my own) in my community. I’m contributing (albeit modestly) to the financial well-being of local actors, directors, and artists. I’m providing a forum for community conversation about important issues. And I’m encouraging people to find meaning in art. It’s a pretty satisfying meal, if you ask me.

Thanks, Audrey. I hope to see more of this kind of community engagement as theatres seek more ways to connect with audiences.

I completely agree that there needs to be more conversation in connection to theatre—and art in general. A large portion of theatre-goers expect theatre to be a source of entertainment, rather than a source of wisdom. Also, audience members who are not right-brain-oriented, per se, often do not understand expressionistic theatre (plays that may include absurdism, existentialism, or even poetry). These audience members may leave the theatre, thinking, “what on earth did that mean?” With post-show discussions, audience members can get answers to questions and dive into the meaning of the play. I think these discussions are an opportunity for artists to mix with people of other backgrounds, and visa versa. With the exchange of information, stories, and thoughts (all elements of conversation) everyone has the chance to learn something new or “take away" something substantial, rather than just "a good time."

Thanks, Audrey. I hope to see more of this kind of community engagement as theatres seek more ways to connect with audiences.