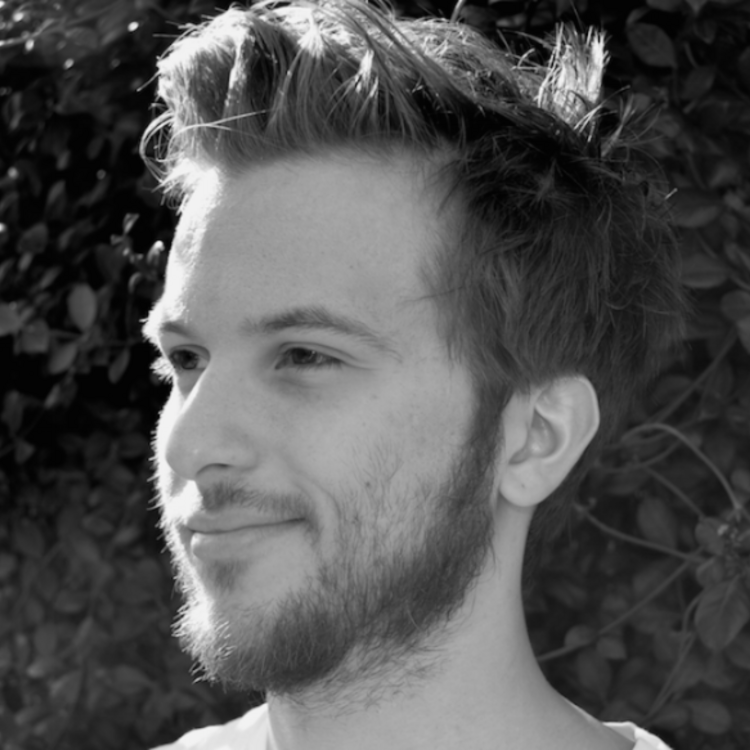 Introduction
In April 2015, a creative team and I produced my solo play Purple Eyes at the 621 Gallery in Tallahassee, FL, in collaboration with Pride FSU, an LGBTQ student organization at Florida State University, who provided marketing materials for the production. We were all students in undergraduate and graduate theatre programs. Despite our regular curriculum that included projects from thesis writing to mainstage productions, we forged time to rehearse and raise funds through an IndieGoGo platform. Alongside the play itself, I have taught workshops and I am now writing a trilogy of solo plays related to Purple Eyes. Thus, an entire cultural project has emerged. In this post, I will chart my nine-month process from writing the script to producing a fully-fledged play in Tallahassee that I seek to tour across Texas in universities, theatres, and cultural centers.

Background
Purple Eyes is an ancestral auto/biography where I explore my upbringing as a closeted gay Chicano amid a machismo cultural heritage in Houston, TX. To write the play, I collected stories of four generations of men, from my great-grandfather Jésus Ynosencio, to my grandpa José Inocencio, to my dad Joel Inocencio, and, finally, to me. In addition to exploring our roots in Michoacán and subsequent immigration to Houston, I sought moments in our lives where we contested hyper-masculine environments. Since the play is a solo-show, I perform as all the Inocencio men. From stories spread out across Houston, San Antonio, and Austin, along with many of my own, I stitched together the first draft of Purple Eyes over two weeks in October 2014. When I finished the draft, I returned to Florida, assembled a creative team, edited the script (many times), and began the production process.

Editing and Marketing
“You need to share your process,” my entrepreneurial coach, Samia Abou-Samra, advised in our sessions. During my last year at Florida State, I employed an entrepreneurial coach to guide the Purple Eyes marketing process and develop my brand as a storyteller, cultural worker, and solo performer. Despite initial reservations, Samia convinced me to open my writing/editing process on social media to build a following and an audience for the production. Without her, I would’ve defaulted to the secretive artist who doesn’t share anything until the production, but in retrospect, this would’ve been detrimental to my process.

As Samia noted, audiences enjoy watching the process—and they really do. It’s how you gain followers who eventually fund and see the play. Everyone enjoys giving to projects they believe in; providing an inside look that maps out the vision generates interest. I shared snippets of dialogue on Facebook; posted visuals arts pieces that I crafted to represent each Inocencio on Instagram; along with costume design sketches and snapshots from rehearsals. From October to April, I developed an army of supporters. This crystallized with the IndieGoGo campaign I launched in order to raise funds to pay for costumes, props, and rental fees. And because people anticipated the piece, it was easier for me to market my workshop that’s thematically tied to Purple Eyes.

The most crucial element, however, was the website. I built one specifically for Purple Eyes (via SquareSpace), which included a description, a blog post about why I wrote the piece, conceptual photos (now production photos), and the creative team. The website was the major selling point when I pitched Purple Eyes to Pride FSU in October 2014, who designed and disseminated programs/posters. While I constructed an email template, the website provides a walkthrough for groups like Pride that are interested in producing. Long after the first production, the website remains a valuable resource as I initiate conversations across Texas for a tour—all crucial information about the piece (essentially, a pitch in itself) is centralized in one location.

My purpose as a cultural worker is to bridge my ancestries and nourish the memories. With each generation preserving fewer fragments, I perform to remember.

The Collaborators
Surround yourself with a committed and intelligent team. Ideally, a playwright can team up with a dramaturg (and, fortunately, for my second project, I’m developing a relationship with Dr. Trevor Boffone, a Houston-based Latina/o theatre scholar), but you need readers regardless. Before my mentors and eventual creative team read the early Purple Eyes drafts, I shared the piece with a few friends who weren’t involved in the production. Reading the play aloud to them and getting visceral feedback was key.

Now, given that I’m the writer and the performer, early on I envisioned how I could produce the piece all by myself—and with minimal resources, that might’ve been a reality. But, like John Leguizamo or Virginia Grise, I recognized performers need directors to structure the story and hone the performance. Therefore, I asked the best person for the job at Florida State who also happened to be my roommate: Jeff Paden, a PhD candidate who writes on theatrical representations of violence, particularly those related to human rights violations. In addition to a wealth of educational directing and professional acting experience, his personality is complementary to mine, which cultivated an environment where we built off each other’s creativity. Shannon Kaplan, an undergraduate and a Latina, stage managed and provided a solid second set of eyes in rehearsals (I often choose stage managers who give creative feedback).

The Tallahassee production also included Rainy Edwards, an MFA student in Florida State’s costume design program; Ian Williams, an MFA student in Yale’s sound design program; and Kevin Fredrick, a MFA student in California Institute of the Arts’ acting program. I met Rainy, Ian, and Kevin while we were undergraduates and we had already collaborated on projects—professors aren’t kidding when they say you’ll foster theatre connections that last a professional lifetime. Rainy designed costumes, Ian chose sound and structured my music choices, and Kevin recorded voiceover work—and they’ll likely contribute to the next plays in the series, too. Even as graduate students spread out across the United States, we managed to maintain our collaborative energies for Purple Eyes and thrive long distance. Now that I’m in the throes of tour planning, I’ve also recruited a set designer, Ariel Emmerson, to re-design the Purple Eyes set.

Working in a collaborative environment where I trusted everyone also facilitated a smooth editing process. I went through many drafts on my laptop, but naturally my edits continued into the memorization and rehearsal process, which is why it’s essential to have designers and directors who are committed to birthing new material.

Beyond Production
I wanted to write and perform a solo play so that I could work through my family’s history and ritually position myself into the lineage. As I detail on my personal website, “My purpose as a cultural worker is to bridge my ancestries and nourish the memories. With each generation preserving fewer fragments, I perform to remember.” I am a cultural worker, a storyteller, and a bridge-maker. However, my motives were also economic. As an emerging playwright, I wanted an efficient way to showcase both my writing and performance skills. Now that the piece is directed and designed, I can tour to venues without the entire team alongside me. Producing the play in Tallahassee as a student ensured I would graduate with a packaged piece I could pitch to groups in Texas—a little business model, if you will. This has already led to contracted gigs, including a collaboration with ProyectoTEATRO in Austin this June and Fresh Arts in Houston this August. In addition to the performances at the 621 Gallery, I sustained interest in the piece by offering a writing workshop to a Latina/o theatre course on how to craft solo pieces based on family stories, giving a talkback after the performance with the director and costume designer, and announcing a trilogy of solo performance pieces that explore collisions between ethnicity and sexuality in each of my cultural backgrounds. Maintaining memories and cultural practices began in my childhood. Now they’re an integral part of my craft and vision as theatre artist.

Yes. Yes. All the yes. I cannot wait to see this show.

Empowering piece for students and artists of any age who are emerging. Thanks for sharing. Hope I get to see your show... Maybe you can come up to Dallas...

Thank you, Teresa! I do hope to bring the piece to Dallas within in the next year.

I can't wait to see this in Austin! Thank you for sharing your work.

Me, too! We recently did a performance at Houston Community College--I did a short critical introduction, Josh did a 30 minute excerpt, and we did a talk-back with the students. They seemed to really enjoy the work. I know you will, too!

Thank you, Emily! I can't wait to share it with you all!

What a thrill to read Josh's account of how to create your own solo performance. Congratulations, Josh and wishing you the best as you continue to create works that speak your truth as well as the truths behind our Mexicano fathers, grandfather's and even great-grandfathers. I cannot wait to witness this piece.

You know I'll be with you in spirit wherever you are My Man.

Jorge, you would really enjoy PURPLE EYES. Hopefully, the stars align and you can see it someday, maybe even in Los Angeles!