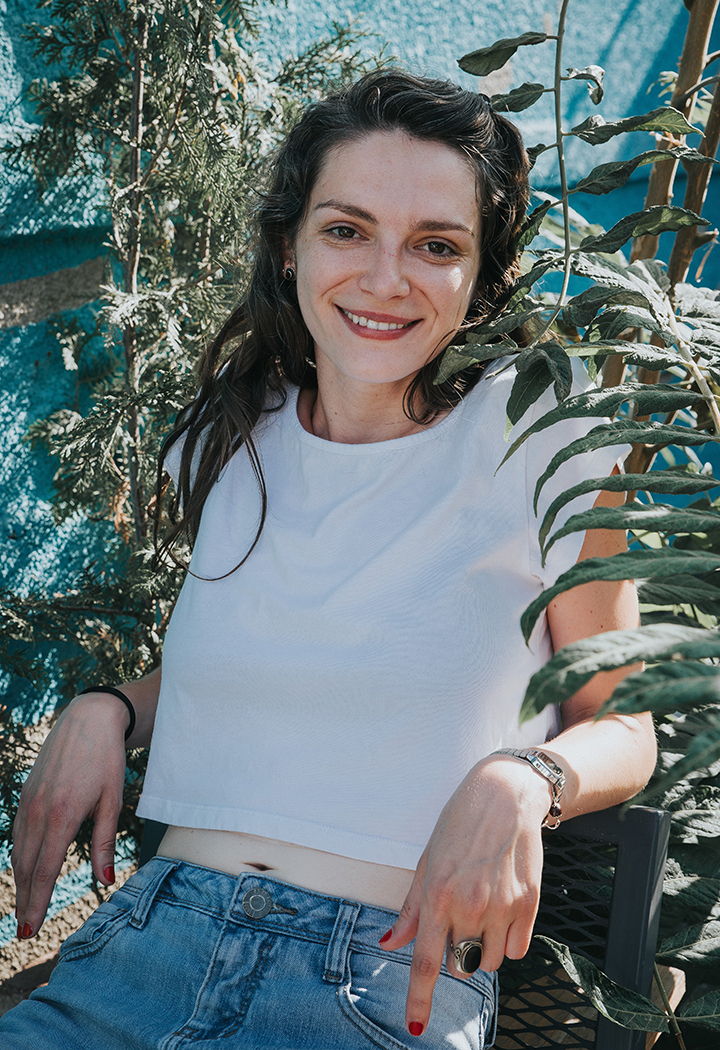 We are afraid, we hide and we present ourselves in a certain way to others. At the same time, we want to be understood, accepted and loved exactly the way we truly are. The couple offers exactly this intimate context that lets truth float to the surface. But, when an extreme situation arrives, do you allow yourself to be vulnerable?
The performance invites you in the intimate world of the couple, where two people celebrate the most important day of their lives. The doors are wide open and their story slowly unfolds in front of you.

About the author: Andreea Tănase
Half Transylvanian and half Bassarabian, she was born and raised in Sibiu, but spent most of her life in Bucharest. She found her passion for theatre during her first year at the Architecture University. Her passion for writing is as old as she is. She takes part in many acting and improv workshops. She started writing drama in 2018 out of curiosity. In 2019, she took part in the Drama 5 Residency at Reactor Cluj where she worked with Alina Nelega. In August 2019 she worked with theater director Radu Nica and a wonderful team to stage the play “Totul e bine când se termină” - written in the Drama 5 Residency. In October 2019 she started a Master’s Programme in Dramatic Writing at the University of Arts in Târgu Mureș. In February 2020 she won the “Corneliu-Dan Borcia” contemporary drama competition, organized by Teatrul Tineretului Piatra Neamț - “98% (decizia corectă)”. The play will be staged by theater director Elena Morar at Teatrul Tineretului in November 2020.
She writes, does improv, performs and has a 14 years old basset hound called Bernard.