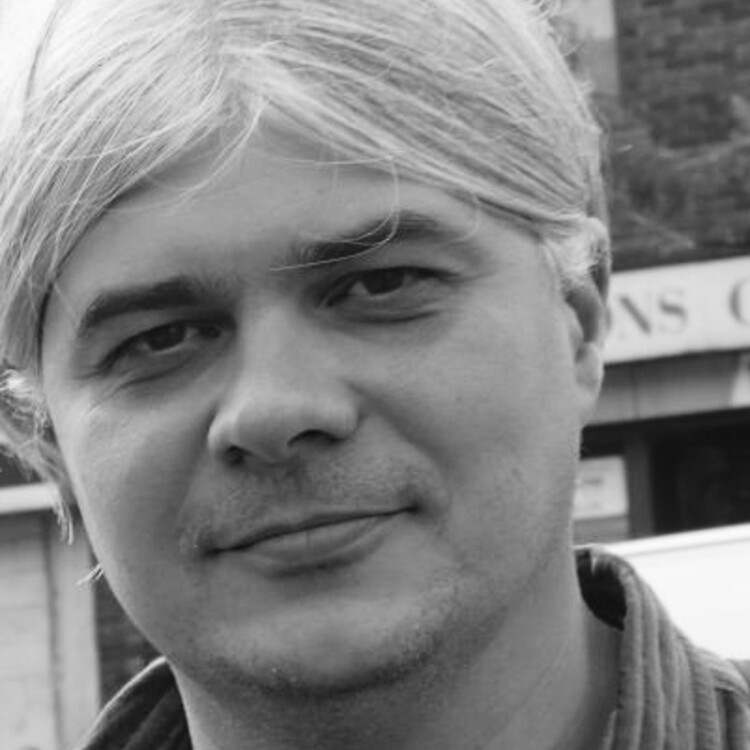 What Do We Really Want? Creating a Union for Actors in Romania

IETM (International network for contemporary performing arts) gets ready to host its Plenary Meeting in Bucharest, Romania, with a particular focus on the current position of the artist in contemporary societies, as well as on the financial and social conditions of pursuing a career in the arts. This series of articles reveals what is to be an artist in today's Romania.—Elena Polivtseva

During the last few years, I have taken part in at least three aborted attempts to establish a Romanian equivalent of Actors’ Equity.

Each meeting followed more or less the same pattern: a group of actors, fed up of being abused by one of the two theatrical systems or by the two combined, organized a preliminary discussion with the purpose to create a working group that would eventually propose the rules and structure of an Equity-type theatre artists’ union. The two or three following meetings would be increasingly difficult to be kept within the limits of the agreed topics, fights would erupt, and a stalemate would eventually be the only outcome. Why is this happening, again and again?

To try and put some order into this chaotic state of theatrical affairs, one has to decide upon some ruling principle, which is now lacking. Who has pre-eminence? Permanently employed actors? Freelance actors? Actors both permanently employed and freelance? How could they all have the same status?

First, some background on what I mean by the two Romanian theatrical systems.

The older and the richer one is the network of state theatres. It is the system inherited from the old socialist society, with theatres being subsidized either by the central government (the seven National Theatres) or by the local authorities. Though the financing authority is different, the model is the same: a repertory theatre that maintains a repertoire of several productions performed on different days. To be able to do this, a repertory theatre needs a permanent company of actors and technicians. (Some theatres also have permanently employed directors and stage designers, some don’t.)

The newer and poorer system is the independent one. It consists of a variety of theatre companies that obtain their financing from various sources, including public funds. Some of them run their own spaces, some are project-based, some are commercially-oriented (focused on tickets sales), some are ideologically-oriented (socially, politically, etc.), some believe in art theatre, some are experimenting with different types of communication, some emulate the state theatres and create a repertory—even a traditional one of classic plays. The independent system has been quietly acquiring a critical mass for quite some time now. The number of annual independent theatre productions is in the hundreds nationwide, most of them in the big cities.

The permanent employment in a repertory theatre company is a dream pursued by some actors, while others reject this model and pursue careers as freelancers.

Let’s start by focusing on the first category. A percentage of the permanently employed actors (I would venture to say around 30 percent in a good theatre and going up to 60-70 percent in a not-so-good one) are actors that would probably never find work if they were forced to compete with the freelancing actors on an open theatrical market. Therefore, the status-quo is their only option—it means they will have guaranteed work in their home theatre and that the same working laws that apply to civil servants, with all their social protection and benefits, will apply to them, too. The rest of the permanently employed actors—the ones that most of the directors would cast anyway—try to minimize the amount of work they get in their home theatre, in order to have time end energy to pursue other opportunities elsewhere. They want to move freely on the open theatrical market (as well as film, TV, etc), but they also want to keep the safety net of their permanent employment.

The second category, the freelancers, value freedom before anything else. Some of them, though, yield at some point to the temptation of permanent employment when an artistic director persuades them, when they get too tired to live in precariousness, or when they begin to feel at home in a state theatre following several temporary collaborations. The rest of them are adamant about keeping their freedom, sometimes for ideological reasons, sometimes due simply to an independent character.

What is relatively new is that there is a grey area, bigger and bigger lately, of projects that are either produced by state theatres, or by independent ones, or co-productions between state and independent theatres, employing actors of both types, with varied, sometimes divergent interests. How can you schedule a rehearsal or a performance with actors from these different categories? Who has priority? The “theatre scheduling business” in Bucharest is sometimes almost jammed, with theatres fighting each other to schedule a performance by getting hold of the actors who appear in different shows that all need to be presented at the same time on different stages... Some actors may be trying to perform less in the home theatre, where they get paid the same salary regardless of how many performances they have, and more in the other institutions, where they make extra money. The situation is opposite for others: in the same show where one actor plays at home, another is a freelancer, paid per show, therefore interested in more performances. Meanwhile, the independent producers are waiting for the state theatres to settle their schedules—sometimes serious fights between artistic directors—so they can plan their own work. It gets increasingly—almost ridiculously—difficult.

To try and put some order into this chaotic state of theatrical affairs, one has to decide upon some ruling principle, which is now lacking.

Then, there are more specifics. The acting profession is a very opportunistic one. An actor has to be ready and in shape when an audition, a call, or a recommendation presents itself. Sometimes they start working on very short notice. Projects get postponed or cancelled, others materialize suddenly. One seems to need a great deal of luck, not only of abilities and talent. And luck is individual.

Moreover, actors are often, by the very nature of their specific job, dependent on other people’s appreciation, on confirmation from their peers, on the audience’s opinion on them, and on their box-office value. They do not feel and they are not, from this point of view, equal.

Last but not least, let us not forget that actors are artists, with all their soul-searching, their interests and personal tastes. What one favours, another strongly dislikes.

Finding the common interest of such strongly individualistic professionals is, if anything, a quite complicated task.

Add to this the division now running through the Romanian society at large concerning the model of development and the road toward the definition of "our project as a country" (as the politicians put it). The division among Romanian citizens this year is as severe as the one at the beginning of the nineties, when Romania was emerging from the national-communism of the Ceausescu era. The population seems to have separated again into two big groups having very different visions about the type of society they want to live in. One group believes in an ever-expanding social state, with as many free services and social protection as possible. The other wants less rules and regulations, the ability to move more freely through politics (one can now start a new party in Romania with just three founding members) and economics and especially less corruption. There have been big public protests lately against the party now in power following its attempt to change some penalty code formulations so that some of their politicians could escape being prosecuted. But this party was voted by a very large part of the population, and one of the first measures it took, when in power, was to increase the actors’ salaries by 50 percent. Therefore, actors are part of both groups, some being happy for this pay increase, while others are protesting against the corrupted political class.

Is it possible to arrive at a common awareness of what we want when we approach everything so differently? Do we even believe that we have common interests, when we cannot agree on basic values and models?

Debating the status of the theatre artist and arriving at a conclusion that would be satisfactory to most of us appears to me to be Sisyphean work. But we need to get on with it sooner rather than later, or we risk complete paralysis.