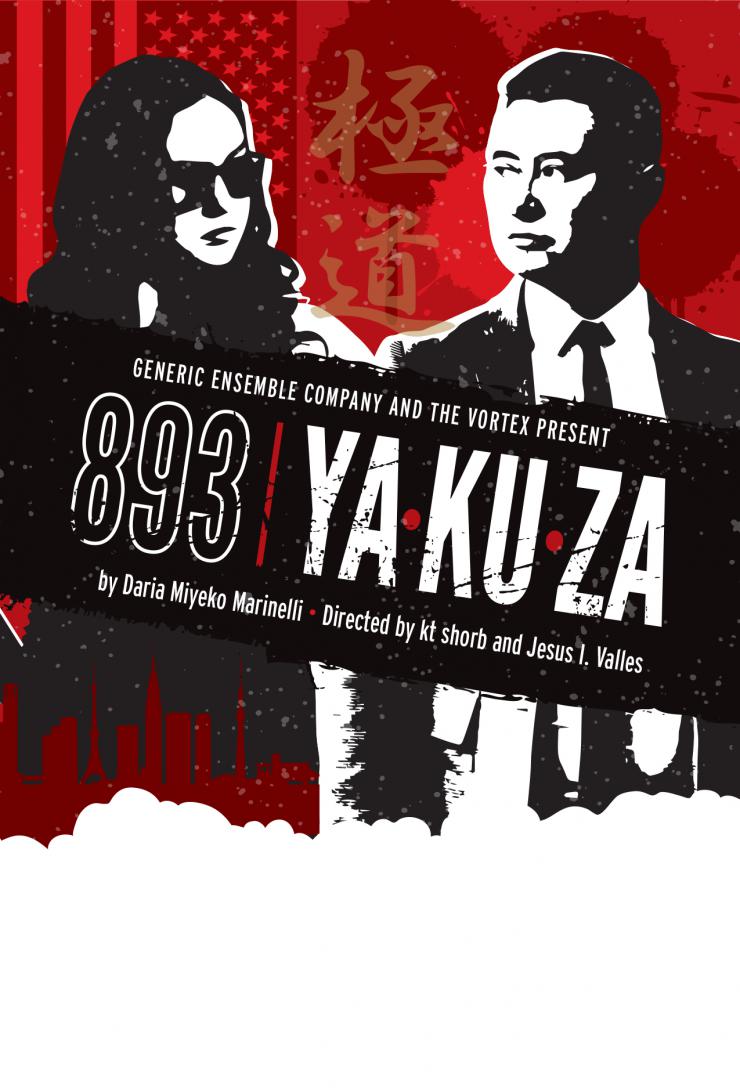 "The way to make a person make a decision is to convince everyone around them / Maybe that's what I'm doing / I said win, Aya, not kill"

Set over the course of a business lunch in a Japanese restaurant somewhere in the United States, 893 | Ya-ku-za follows Aya's bid to become the first female member of the infamous Japanese crime syndicate. Exploring themes of ambition, power, and loyalty, 893 | Ya-ku-za asks what it means to be first and what we're willing to do to get there. The VORTEX and GenEnco are pleased to produce this edgy new play by Daria Miyeko Marinelli for three weeks only at The VORTEX.

kt shorb’s work has won multiple FronteraFest "Best of Fest," and been shown at the Menil Collection, the Pulitzer Foundation, and in many venues across Texas. They are an invited member of the National Institute for Directing & Ensemble Creation.

"...As profound as it is heartrending."
—Orange Magazine on Generic Ensemble Company's The Mikado: Reclaimed

"I love what kt shorb does and how she does it, both onstage and off. Whatever she is up to is not to be missed."
–Anne Bogart, Artistic Director – SITI Company

The VORTEX conjures and navigates the storm of imagination with urgent, unashamed art that dares to dream the world in which we want to live. This magic emanates from our cultural harbor, embraces diverse communities, breaks down barriers, and opens channels for vital exchange.