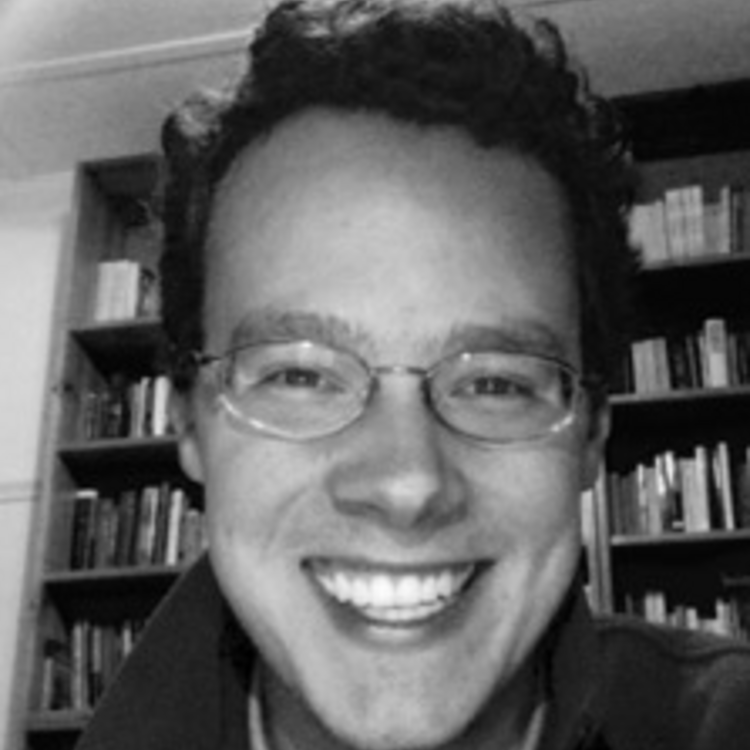 If there was a theme organizing the 2016 National Arts Festival (NAF) in Grahamstown, South Africa, it might best be described as: the place of the past in the present. Outgoing Artistic Director Ismail Mahomed echoed this in his summary of the impetus behind this year’s curatorial strategy: “inspired by histories to critique the present and to re-envision the future.”

This temporal tryptic of “past-present-future” is a regular feature of South African public discourse (I used it in my review of the 2014 NAF). Recent student protests, along with key anniversaries of important anti-apartheid events, have highlighted the continued importance of remembering the past not as a fixed narrative (which can ignore contemporary challenges), but as something contingent with real consequences in the present.

Many performances at this eleven-day extravaganza of theatre, dance, music, and visual art located themselves in relation to shifting or forgotten pasts, illuminating individuals and events long ignored by official history. Other pieces highlighted connections between current experiences of displacement and longing and their historical roots. It was a festival by-and-large concerned with history: its moments of lyricism, its instances of disjunction, and its urgent reverberations in the present.

Recent student protests, along with key anniversaries of important anti-apartheid events, have highlighted the continued importance of remembering the past not as a fixed narrative (which can ignore contemporary challenges), but as something contingent with real consequences in the present.

The House of Truth was a celebration of the life and work of Can Themba, the prolific journalist and author whose writing immortalized the multiracial and bohemian Johannesburg neighborhood of Sophiatown, razed in the 1950s after being declared “whites only.” Themba’s wit and charisma shone through in Sello Maake KaNcube’s performance, which struck a balance between the writer’s inspiring panache and his darker, more ambivalent dimensions.

With a great deal of humor, The House of Truth dramatizes the genesis of some of Themba’s best-loved stories while also charting the writer’s slow decline, and his eventual death from alcohol poisoning while exiled in Swaziland. While the play’s structure meanders, and a subplot about Themba’s battle over his teaching credential could have been more urgent, The House of Truth ultimately presents an affecting portrait of a deeply committed artist who drew a clear distinction between being “political” and being a “politician.” It’s a distinction that resonates in the current moment, as artists wrestle with finding the appropriate relationship between politics and aesthetics in a “new” democracy.

In a departure from the one-hander bioplays, Oomasisulu used three actors (Thembi Mtshali-Jones, Chuma Sopotela, and Indalo Stofile) to tell the story of Albertina Sisulu, the mother of the anti-apartheid movement. Set in a dream-world where the past and the present merge in surprising ways, Oomasisulu illuminated the private struggles behind Albertina’s public persona through intimate physical images. Despite its ephemeral structure, the play finds its grounding in its subject’s enduring personal strength and commitment to the cause of freedom. Again and again we witness Albertina confronted with severe obstacles: the 1918 influenza outbreak, her detention and torture, her husband Walter Sisulu’s imprisonment. Again and again Albertina prevails.

In portraying Albertina's strength, however, Oomasisulu never devolves into didacticism or hagiography. Instead, it surprises, as when Albertina counterintuitively declares, “the day I got married, I was emancipated,” or when Sopotela dons an oversized suit jacket to become the potent and swaggering Walter (my favorite performance of the festival). In an era where women are taking the lead in calls for decolonization, Oomasisulu is a welcome illumination of the legacy of women-led resistance to oppression within South Africa. The play did end abruptly, and a review in Cue (the daily festival newspaper) confirmed my suspicion that Oomasisulu is a work in progress. Compelling and lyrical, the piece is an accomplishment, and deserves the chance to develop further.

Forgotten Stories, Hidden Histories
Other pieces at the festival turned to the historical record not to illuminate an individual life, but to explore forgotten or obscured narratives from the past.

Sibikwa Theatre's iLembe combined primary source documents with oral storytelling to pose the question: “Who was King Shaka Zulu?” The answer depends on who you ask, and the monarch emerges from the play's four intertwined narratives as a paranoid ruler, a power-hungry king, a sensitive brother, and a noble man. The play's testimonial dramaturgy tends toward the static, and at times the sheer number of events recounted threatens to obscure Shaka all together. But the piece is noteworthy given that it is performed in isiZulu, isiXhosa, and English at a festival where English has long predominated. Of particular interest, too, is the way iLembe stages the encounter between colonial history and indigenous memory. How, the plays asks, can we ever know who King Shaka really was, apart from the colonial accounts that form a majority of the historical record? Student movements have increasingly voiced questions like this as they call for the inclusion of indigenous and non-western modes of knowledge in university curricula. As an exploration of the possibilities and challenges inherent in this call for decolonization iLembe is an important contribution that highlights the contingent nature of history.

Keeper of the Kumm, based on Sylvia Vollenhoven’s memoir of the same name also dramatized the conflict between the “official” colonial record and erased indigenous histories, this time focusing on the /Xam people who were killed and scattered by European settlers. The play follows Elizabeth Petersen (Quanita Adams) as she joins her /Xam predecessor, the nineteenth century revolutionary //Kabbo/Uhi-ddorro (Elton Landrews) on a journey to claim her role as steward of her ancestors’ stories (“kumm” in the extinct /Xam language). “This is how you kill a culture,” //Kabbo tells Elizabeth, “first the genocide, then the not knowing.” Told in a diffuse narrative style, and utilizing three dancers who embody both human characters and the more ephemeral essence of the “kumm,” the play dramatizes Elizabeth's fight against this “not knowing.”

Landrews is measured and intense in his portrayal of //Kabbo, while Adams brings a helpful directness to Elizabeth's searching journey. Despite these strong central performances, the play’s fluid structure meandered in places. Ultimately, though, Elizabeth does find a way to reclaim her past, and the play is at pains to show the difficulty of this journey. At its best, Keeper of the Kumm explores the challenge that many South Africans face in connecting to their indigenous ancestry, often rendered invisible by colonial history.

Yearning and Dislocation
Colonial history ghosted through two immersive performances that drew their inspiration not solely from past traumas but also from current complexities felt by many on the African continent.

Afriqueer, created by Warren Nebe's innovative applied theatre group Drama For Life, formed a refracted mosaic of longing and belonging through a series of solo performances centered on notions of queerness. The piece is framed as a voyage of becoming by its alluring narrator: a sly trickster figure in mirrored shades and fur coat. Despite this narrative structure, the piece is anything but linear as it weaves through vignettes staged in Grahamstown’s botanical gardens. There are parts of this fragmented story that are so internal they verge on the obscure. But these moments are outshone by instances of radiance where pain and celebration, connection and loneliness crystalize, affirming and centering queer African experience. One such moment is a hushed and sacred spectacle of transition where we witness a man in a grove of trees tenderly change into a flowing blue dress. Or another moment where one of the characters attempts a sort of baptism, desperately using a Bible as a sponge, rubbing the thin pages against his wet skin. While it is framed as a journey, Afriqueer's trajectory is organized along dreamlike and impressionistic lines. Through this chromatic structure, and the flashes of deep, subterranean feeling it catalyzes, Afriqueer dreams into existence an Africa where queerness is not disavowed but embraced

Colonial history ghosted through two immersive performances that drew their inspiration not solely from past traumas but also from current complexities felt by many on the African continent.

The other immersive work at the festival, Sleepwalkingland, also relied on a dream-like structure to explore the disassociation of the refugee experience. Adapted from the novel by Mozambican author Mia Couto, Sleepwalkingland was performed in a crumbling, open-air automotive garage dotted with large drums of burning kerosene and bisected by a burnt-out bus. The story follows two survivors—a young boy and a beleaguered man—as they navigate a landscape of loss and forgetting in the aftermath of unrest.

Utilizing a large cast of performers playing ghosts who goad and aid the boy in his quest to remember his past, Sleepwalkingland attempts to inscribe the disjointed physical experience of dispossession onto the bodies of its audience. We are herded through the garage into the cold night air, and later escorted onto the scorched bus itself. Our movements were prescribed to follow a particular narrative, which made for a clear story, but didn't risk the chance encounters that might have occurred had we been allowed to wander the charred and dimly-lit performance space on our own. Yet, this curtailed movement also makes a certain kind of sense. Refugees’ movements are prescribed, shaped by narratives of nationhood. And so, our relative boundedness to a particular path could be seen as an analogue to the embodied experience of those embroiled against their will in the current “refugee crisis” sweeping Africa, the Middle East, and Europe.

Looking Toward the Future
If many of this year’s festival performances were concerned with the place of the past in the present, then outgoing Artistic Director Ismail Mahomed’s curatorial effort focused on the future of the NAF as an institution. Mahomed’s final festival—with its preponderance of female artists on the main program, its focus on marginalized histories, and its increasing linguistic diversity— bodes well for the NAF’s future. It’s an inspiring vision that imagines an NAF that is truly representative of South Africa’s riotous diversity.

And yet, as artists like Mike van Graan have rightly pointed out, the NAF still has far to go in ensuring that it is truly representative of South Africa and that it works for all artists, not just those with the most resources.

How can this institution both acknowledge its origin as a white festival dedicated to Shakespeare while also adapting to fit the needs of the current moment?

How will this fixture of the South African cultural sector, and indeed larger African artistic networks, develop into the future? How can this institution both acknowledge its origin as a white festival dedicated to Shakespeare while also adapting to fit the needs of the current moment?

Answering these questions will require a new ethic of curation, new ways of understanding what it means to be a “national” festival, and new approaches to the past. It’s a bracing challenge and an exciting time of transition. This year’s festival was certainly a promising glimpse into what the future might hold.