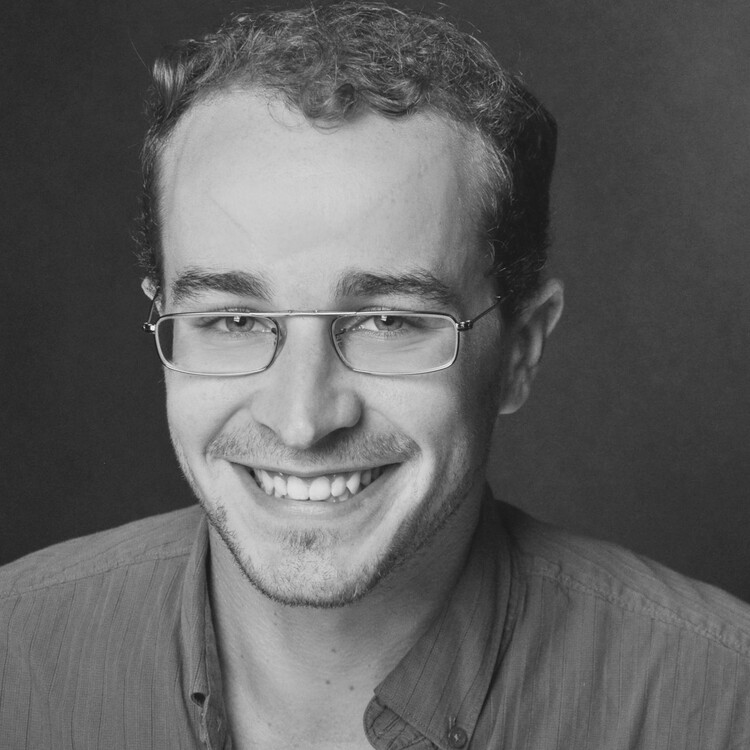 Independent Contractors and the American Theatre 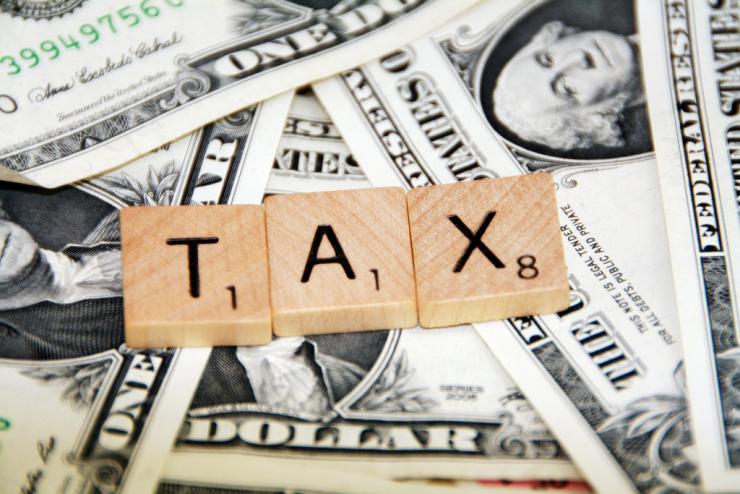 Very early in my career, I accepted a summer job with a large producing organization. Happy to be working, I didn’t mind that the compensation totaled less than $100 per week. I assumed it was the cost of “getting my foot in the door” and was still young and idealistic enough to not mind living on beans and rice. Several months later, navigating the world of income tax for the first time, I received a tax form from this organization unlike the W-2’s I had received from my other employers: IRS Form 1099-MISC. Mystified, I turned to tax preparation software and plugged in all of the endless data required. Much to the horror of my college student wallet, I discovered that I owed several hundred dollars in taxes. Upon further investigation, I found that I had been classified by this organization as an “independent contractor.” As such, the implication was that I was self-employed and therefore had not had any taxes withheld from my paychecks. Ergo, I was subsequently responsible for paying a self-employment tax levied by the IRS on independent contractors.

Continuing my career in the theatre and entertainment industry, I found that my experience was not isolated or even unusual. I found that many theatre organizations classify part or all of their workforce as independent contractors—not just actors and technicians, but even teachers and contingent staff such as parking attendants or box office associates. The practice is so widespread that “1099” has become a verb: to “1099” someone means to classify a worker as a contractor to avoid paying taxes, and to be “1099’d” means that you were classified as such. Almost every theatre worker has a story about paying hundreds or thousands of dollars in tax liabilities or being denied workplace protections such as minimum wages, overtime, or—in the worst case—worker’s compensation for injuries sustained on the job.

Those of us in the arts have a legal, ethical, and moral obligation to abide by the law and to educate our colleagues about their responsibilities.

The Internal Revenue Service defines an independent contractor as “people such as doctors, dentists, veterinarians, lawyers…who are in an independent trade, business, or profession in which they offer their services to the general public.” Generally speaking, if an organization pays an individual to provide services as an independent contractor, the organization only has the right to control the result, not the process or the methods of work. Certain common law rules are used by the IRS to determine the degree of control by the company and how independent a worker is. These include behavioral factors, financial factors, and the type of relationship that exists between the company and the worker.

Let us use these criteria to examine the relationship between a producing organization and a theatre artist. We’ll use an actor as our model, as this is one of the most common short-term contractual relationships in the industry.

Behavioral: The IRS guidelines state, “Behavioral control refers to facts that show whether there is a right to direct or control how the worker does the work. A worker is an employee when the business has the right to direct and control the worker.” Factors used to determine control include the type of instructions given, the degree of instruction, evaluation systems, and training.

An actor is given highly detailed instructions on how to talk, walk, breathe, sing, dance, move, even how to subconsciously emote and are required to perform exactly as instructed. Highly subjective criteria is used to evaluate every single part of an actor’s work, not only onstage, but in the rehearsal hall. Any deviation from these instructions can result in a loss of current and future opportunities. Additionally, theatres use vocal, dance, movement, gymnastic, and stage combat coaches to train actors in precise skills required to perform the work. These factors indicate an employer/employee relationship.

Financial: “Financial control refers to facts that show whether or not the business has the right to control the economic aspects of the worker’s job.” Factors include whether the worker has a significant investment in the equipment used, whether work related costs are reimbursed, if the worker has an opportunity to make a profit or loss, if the services are available to the open market, and the method of payment.

While an actor’s services are technically available on the open market, an actor does not usually pay for costumes, wigs, or other performance related equipment. An actor does not have an opportunity to make a profit or a loss from a performance, and most expenses are either paid by the company or reimbursed. Actors are generally paid weekly or bi-weekly fees based on the number of rehearsals or performances per week. Again, these factors indicate an employer/employee relationship.

Type of Relationship: This refers to how the parties view the relationship. Factors include written contracts, employee benefits, permanency of the relationship, and services provided as a key activity of the business.

This is a fairly gray area for actors. However, the IRS clearly states that it is not required to follow a contract stating a worker is an independent contractor. While actors often do not receive health benefits, most theatres will pay worker’s compensation or similar benefits. Additionally, actors are clearly a critical part of a theatre’s business, and as such the company has the right to control the actor’s activities. This again, indicates an employer/employee relationship.

It is self-evident that most jobs in the theatre are meant to be performed by employees. Organizations that misclassify and/or underpay employees open themselves to potentially ruinous fines and civil liabilities including back taxes and wages. Additionally, the PR debacle that could result from an investigation could stain the reputation of a well-meaning theatre for decades.

Those of us in the arts have a legal, ethical, and moral obligation to abide by the law and to educate our colleagues about their responsibilities. If art and theatre is to survive in the modern world, we must not only comply with the law, but go out of our way to ensure a sustainable future for all theatre workers.

Note to reader: this article reflects the opinion of the author who is not a tax professional.

It gets complicated. The rules (and conclusions) can differ between the various areas of the law.

It gets complicated. The rules (and conclusions) can differ between the various areas of the law. The IRS may rule one way (and it is possible that a state Dept. of Revenue may take a different position), but a Workers Compensation judge may rule differently, and the NLRB may interpret the facts and circumstances yet another way, differing too with the conclusion of a court in a copyright case. In each of these areas, the classification as employee or independent contractor can make a significant difference. It is important for people on both sides of the employee/worker equation to know the significance of the classification.

I got a few emails like this after my blog on wages ran last month, and while it's important that workers know their rights and that producers know their obligations... I'm not convinced that compliance with the law as it is ensures a sustainable future for all theatre workers. I worry that it would rather have the opposite effect, full compliance with the law could eliminate possible futures for many theatre artists.

Nor is the employee/employee relationship so clear cut in great swaths of independent theatre production.

The problem we have isn't one with people not complying with the law, but that the economic conditions of production don't allow for compliance. Not paying wages is a symptom, not the problem. How do we transform conditions so we can all make a living, retire, and have a sustainable future for our field? That is the ethical imperative we have, and it is one that goes far beyond the limits of the law

While I agree that there are significant regulatory hurdles to doing small scale production work, my comments are directed more to established organizations and producers who willfully choose to disregard the law. My point remains that regardless of the economic conditions, artistic integrity, or best intentions of those involved, if your business is paying people to perform work on their behalf, you must comply with labor and tax law. I disagree with the notion that economic conditions of production can excuse or explain noncompliance. Failing to comply is negligent at best and criminal at worst. All businesses and organizations that are subject to the Fair Labor Standards Act and other applicable regulations must abide by those provisions. There is not an exemption for the arts, regardless of the economic circumstances of the organization or business. This obligation is clear-cut and binding.

I'm deeply aware of the real-world costs associated with following the law - I have been part of a full-scale employee reclassification at a major producing organization that incurred hundreds of thousands of dollars in additional annual labor costs. However, if this organization had reformed its business practices long before reaching a point where they were vulnerable for a tax audit, they could have saved significant amounts of money, stress, and protected themselves against potential civil and criminal liabilities.

As you mentioned, wage issues are indeed a symptom of a larger problem in the performing arts, particularly in theater. To my eye, there are two major trends in the American theater. Small organizations, and producers acting outside an established business or organization have significant hurdles familiar to any entrepreneur or small business founder - such as operating capital, labor/wage costs, overhead, facilities, etc. - while larger organizations are pressured by boards and corporate trends to increase profit and operating margins by reducing labor costs (the Walmart model, if you will).

I don't have an easy answer or solution and will continue to write in depth about these issues. However, the narrow focus of this article was intended to shine a light on an egregious practice that actively harms workers, is fraudulent, and flat-out illegal - a symptom indeed of an industry in crisis.