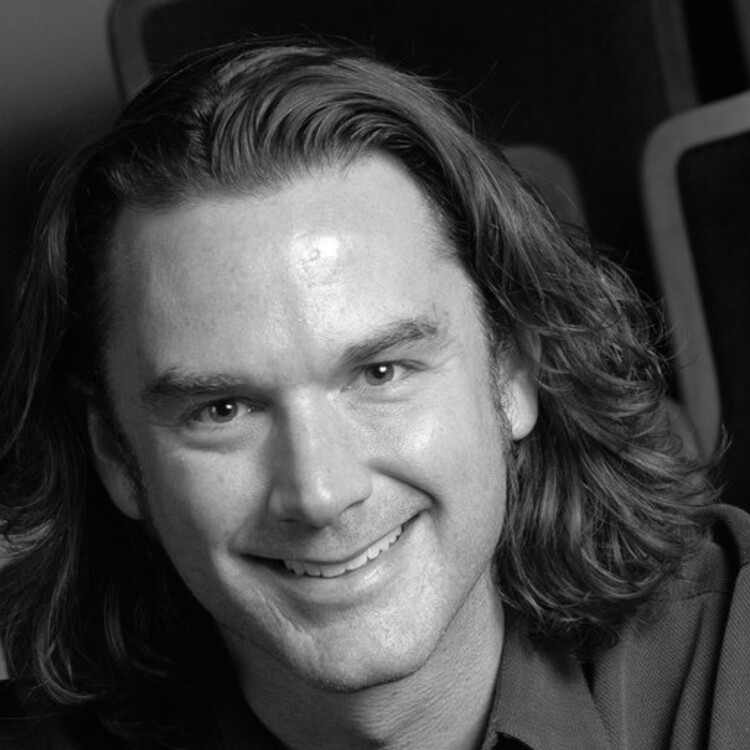 Anthony Werner: We wanted to talk to you specifically about your AHA! Grant. How’s that going?

Chip Walton: It’s going great. It’s a really phenomenal opportunity, not only for Curious, but hopefully, in the end, for the entire field. There are three parts to what we’re doing: the first part is taking a survey and doing some investigation into different operating and successful ensemble models across the country, so we’re still winding up that phase. Soon, we’ll begin some work trying to synthesize that information and prototype it in such a way that it might be the next evolution of the ensemble at Curious. The third step, hopefully, will be to find a way to propose some kind of model, certainly not a one-size fits all model, but a model that sort of says, “Here are some of the things we’ve discovered that aren’t working well for artist-driven organizations and some things that are working well. These things are replicable, and these things are traps you should avoid.” So it’s been fascinating. It’s such a rich and diverse field, and even microcosmically, there are so many models for ensembles and artist-driven organizations, it’s been very illuminating for us.

Anthony: So here we are, toward the end of the conference. What are some things you can’t stop thinking about?

Chip: That’s a good question. It’s a lot to try to process all at once, so I think I’ll just be honest and say that there’s not one thing I find my thoughts fixated on or that I just can’t get out of my head. I think the general sense I have coming out of this is, and I have to say, I had this sense after reading Outrageous Fortune too, I think that there’s a bit of a misunderstanding between the subsectors of the new work field. On the one hand, it’s a little troubling to some degree that everyone thinks that they’re the ones getting the short end of the stick. But the good news is, coming out of this conference, we’re actually having these conversations. Over the past ten years after the last conference in Portland in 2002 put together by TCG, which many of us, including myself, were at, there have been isolated satellite conversations happening, like the National New Play Network and NPN and Mark’s organization Under the Radar Festival, but to have everyone come back together again, I think it’s long overdue. Rather than having one shining light that comes out of this, I think maybe what’s encouraging to me is that the conversation is continuing.

Anthony: Great. So “From Scarcity to Abundance”—from your perspective, is the field of new work in a period of scarcity or abundance? You were there when Rocco said maybe there’s too much supply for not enough demand.

Chip:  It’s probably an unpopular response amongst my colleagues, but I think he’s right. I do. For two reasons: one is, to use a bit of a cliché, the pie is only so big, and by pie, I mean not only funding, but audiences, artists, and everything. I think the proliferation of new organizations, both nationally and also in Denver, locally, is problematic for a whole variety of reasons. From very basic practical reasons, such as performance venues, to issues of sustainability, to how many people come to the theater. One thing I have been struck by this weekend is I know that relative to the general population, a small number of people go to the theater, and I wonder whether or not the refrain we hear over and over of “We can’t sell tickets” is caused in part by there being too many options? It’s like if in Denver we had five professional football teams and you have to choose, do I support this one? do I support that one? or do I support this one? So I think too many options is a problem.

I also think that the proliferation of what a couple of people have called the “pro-am” impulse or movement—I’m intrigued by that concept even though I’m not exactly sure what it means. Does it mean I’m going to do this but not as a career? At what point does pro-am become professional? Is it when you’re paying people so much a week? So I’m not quite sure what it means. I’m also not sure if it’s not another phrase for community theater. Community theater has got such a bad wrap because I think we associatively think bad theater when we think community theater, which is not accurate at all, in my opinion. One of the things I think is important is how we differentiate and communicate the difference between professional work and amateur and pro-am work. I say this and people laugh because we don’t have amateur brain surgeons, we don’t have amateur violinists, I mean we do, but amateur violinists don’t ask people to pay to come and hear them play. They stay at home and play for themselves. Somehow I think that everybody gets lumped together, and I’m not sure that lumping everyone together and throwing all of us into the same kettle is exactly the right move. So I kind of agree with Rocco. Now it’s a much harder question to figure out “And now what?” So we’ve got too many theaters and now what?

There’s been a growing recognition that supporting work that’s “living,”...that it has some kind of vitality in terms of the world that we currently live in and the issues we’re grappling with, that there’s been a shift in recognizing the importance of that.

Chip: Well, I think in the field of new work, it’s actually a time of abundance.

Chip: Internally, it’s a time of abundance, externally, there’s relative scarcity for the entire field. Several foundations—we’ve heard a lot about Duke and Mellon this weekend, they’ve obviously been incredibly visionary and generous. I think the Steinberg Foundation has been incredibly visionary in their support for the new works sector, but somehow in the last—I’ll say ten years—I do think there’s been a growing recognition that supporting work that’s “living,” and by that I mean has a living playwright; that it has some kind of vitality in terms of the world that we currently live in and the issues we’re grappling with, that there’s been a shift in recognizing the importance of that. It’s one of the things that the National New Play Network has done pretty well because the hardest place to make new work happen well is the mid-sized professional theater. And ironically, the mid-sized organizations are probably the most open and accessible to playwrights, especially emerging playwrights.

To me, that’s the next challenge of the field: How do you support those mid-sized organizations that, frankly, across the country are taking on the lions’ share of supporting local artists. The larger LORTS, more often than not, not always, but more often than not, bring in actors from New York, Chicago, or LA, or wherever, and then you’ve got the mid-sized organizations that form the lifeblood of a local artistic community. But right now, I see an awful lot of money going to the largest organizations, understandably so. I don’t say this with any sort of angst about it. But thinking about being a little more equitable, particularly because of the challenges those mid-sized organizations face, particularly because the inheritors of the original impulses in the regional theater movement are now the mid-sized organizations. So yes, we’re in a time of abundance for new works, and yes, for the whole field there’s relative scarcity. If there was just a way within the new works sector to think about the possible redistribution of some of the support—and not just financial support, but all types of support to some of the organizations that are doing the local work, I think that could have a huge impact.

Anthony: Wow, yeah, so thinking about impact and talking about artist support, what can we learn from the artists and their needs?

Chip: It sort of goes back to the work we’re doing on the AHA! Grant for TCG. I had an interesting breakout session where we were talking about exactly this, and the trend right now is to use the language of how do we put the artist back at the center of the organization? How do we make our organizations artist-driven? How do we integrate artists into institutions? All very appropriate and good questions, but then what occurred to me, listening to Polly talk about her days, which sound very much like my days, where you have a nine o’clock meeting, an eleven o’clock meeting, a twelve o’clock meeting, a two o’clock meeting, and a four o’clock meeting and pretty soon, your day’s gone and you’re like, wait a minute, where’s the art? What have I done? Of course, you’re working on supporting the art, but you haven’t done art.

In our AHA! process, maybe we’re a little short-sighted. Maybe artists wouldn’t want to be in the middle of an organization that requires you to have six meetings in a ten-hour day. So that becomes a really interesting question. The thing it forced me to do was step back, and I’ll go back to my group and bring this up, and really talk about what does it mean if you have artists that are all on permanent contracts and integrated into the lifeblood of the organization, what does that really look like? What does your day look like? And is that really what artists want? My guess is that most of them will say no, that’s not what they want. Then, to me, the important question is, so what would your involvement look like that would be both fulfilling to you, as well as beneficial to the organization? I think it’s accurate to say that we’ve kind of let artists float a little too far to the periphery of the organizations and it’s time to correct that somehow. Hopefully, maybe we’ll come up with some answers out of the end of the TCG process.

Anthony:  What’s your dream for theater in the next fifty years?

Chip: You know, I’m going to say something that’s surprisingly traditional and conservative. My dream is that theater is still around in basically the form it is now. And I say that when I hear these conversations about how technology is going to interface with theater, or how the essential and primary relationship between artist and audience is going to change, and the participatory aspects are going to change and all of that. Theater’s been around for a couple thousand years with basically the same primary relationship, which is, an actor and an audience and the interaction that happens there. I would miss that. I like that tradition. My fear is that changing the fundamental aspect of theater, the risk is that it becomes too much like everything else. I think that’s maybe a danger for theater. If theater is too much like playing an online video game, are you really going to get up and get out of your house and go to theater to do it? Or are you going to just stay home and play an online video game? So there’s something about keeping our fundamental uniqueness in the theater and holding onto those tenets. I think it’s important.