On behalf of the Latinx Theatre Commons (LTC) Hiring Committee and the entire LTC Steering and Advisory Committees, we are proud to announce the hiring of our new LTC Producer, Armando Huipe! As the new LTC Producer, Armando will be responsible for administering the LTC Steering Committee and forwarding the mission and actions of the LTC, a national movement that uses a commons-based approach to transform the narrative of the American theatre, to amplify the visibility of Latinx performance making, and to champion equity through advocacy, art making, convening, and scholarship. The LTC is a flagship program of HowlRound.

Armando Huipe (they/them) is a third-year MFA candidate in Theater Management at Yale School of Drama (YSD) and Managing Director of Yale Cabaret. They served as chair of Diversity & Inclusion on Yale's Graduate & Professional Student Senate, on the Student Advisory Committee on Diversity & Inclusion to the Vice President and Secretary of Student Life at Yale University, and were a facilitator of the YSD Latinx Affinity Space, El Colectivo. They also were the Assistant Managing Director of YSD and Yale Repertory Theatre, as well as a management fellow at Yerba Buena Center for the Arts in San Francisco, California, USA. Prior to Yale, they were the Administrative Coordinator at REDCAT (Roy and Edna Disney | CalArts Theater) and a Development Associate at the Latino Theater Company in Los Angeles, California, USA. Armando was a founder of the Latinx Theater Alliance/Los Angeles where they worked on the Writers Circle, Playwrights Nest Festival, and annual regional convenings. They have also worked with Center Theatre Group, LA Philharmonic/Hollywood Bowl, and United States Artists. They received their BA in English Literature from University of California, Los Angeles. 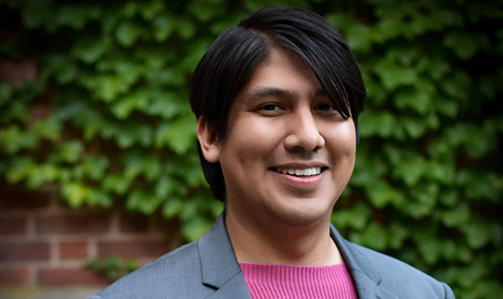 We had an amazing array of candidates with vast expertise and strengths. It’s a sign that the US theatre field is being affected by the work of the LTC, exemplified by this showing of top talent. We welcome with open arms our new producer, who comes from within our ranks and knows all the nuances of the LTC’s mission and whom it serves. We couldn’t be more proud.

In December, we announced Abigail Vega’s upcoming departure as the LTC Producer, as well as a search for our new LTC Producer and the formation of a Hiring Committee. After an extensive search, we are excited that Armando will begin working with the LTC in this new capacity on 15 May 2019, and will co-produce the 2019 LTC Miami Regional Convening, 12-14 July 2019 in Miami, Florida, USA. Armando and Abigail will work together May through July to prepare for an August transition.

Armando served on the LTC Steering Committee from 2014-2016, before moving to the Advisory Committee while attending Yale. They led the Los Angeles satellite session during the 2013 LTC First National Convening in 2013 and chaired the Host Committee for the 2014 Encuentro: A National Latina/o Theatre Festival produced by the Latino Theater Company (and the accompanying 2014 LTC National Convening). Since joining the Advisory Committee, they have continued to lend their facilitation skills to the LTC in various ways, including serving on the Steering Committee Cultivation & Governance group, which focuses on ways to create structures to ensure accountability and success across the LTC.

We are so excited for what lies ahead for the future of the LTC and Latinx Theatre, including some new programming that we’ll be announcing soon. Please join us in welcoming Armando!