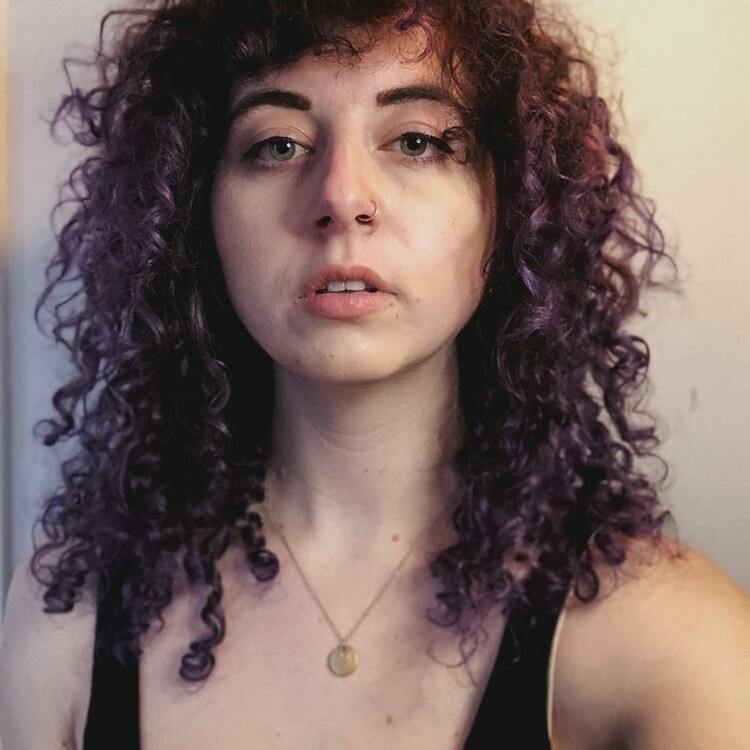 What Theatremakers Bring to Organizing

I grew up with a saying: “If you can’t make it in show business, you go into politics.” While there is some truth to that, ultimately it just illustrates that politics is inherently performative. It requires carefully crafted messaging, a deep understanding of perceived perspectives, and the ability to remain flexible and switch tactics at a moment’s notice. It’s made up of meticulously chosen words, meant to inspire and provoke, and body language that welcomes and dissuades. It’s a calculated method of storytelling—the devil lies in the details of each political act. These performative elements are often overlooked by audiences, but some people, like theatremakers, understand them all too well.

As theatre artists, we have an awareness of the details of our environment, understanding how each creative entity builds upon each other. While the specifics—such a slight movement from an actor or a specific costume piece—may seem inconsequential individually, together they deliver the story of the play, working in a perfect symphony to move an audience. Politics requires this same awareness, envisioning how each piece interacts with one another and communicates a larger message.

This articulation of storytelling and its effects on an audience were my main areas of focus while pursuing my master’s in political communication at Emerson College. In my research, it became clear how the techniques used in theatre are used in politics, which further cemented my opinion that theatre artists have the capacity to deeply understand the political machine and work toward dismantling the status quo, creating a more equitable and community-based iteration of governing. And, in speaking with four artists and activists from across the country from a variety of backgrounds, the intersections of politics and theatre grew to greater prominence. 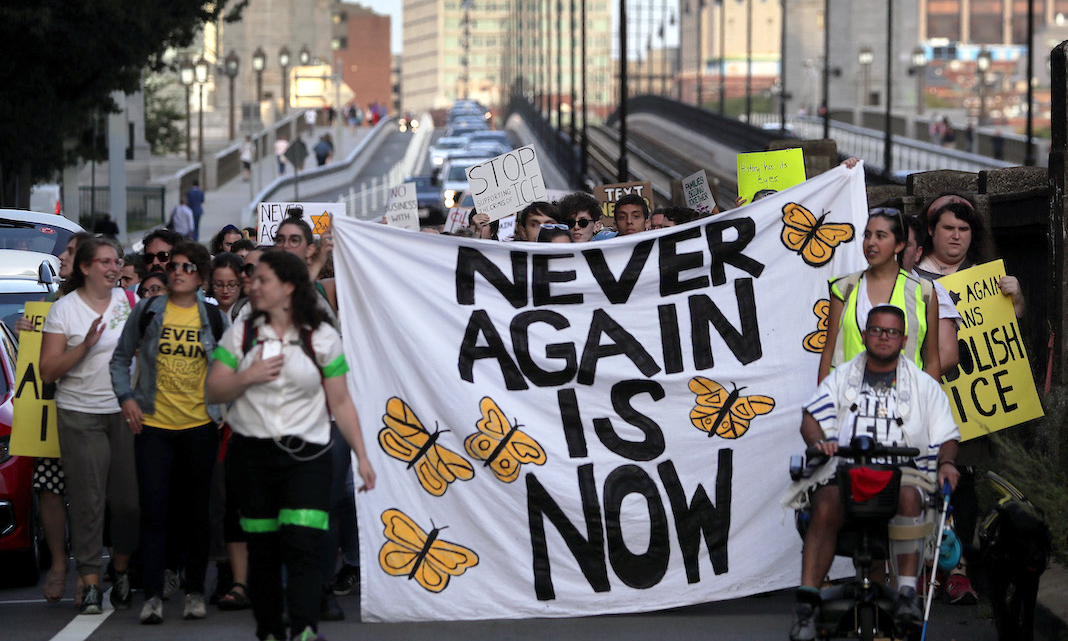 Photo by Barry Chin for The Boston Globe and Getty Image.

Dramaturgy of a Movement

“I feel like I’m a creator of experiences,” playwright, dramaturg, and actor Tatiana Isabel Gil explained. “What does it mean to be an activist and an artist at the same time, and what could that potentially look like?” Gil lets her community drive her artistry and activism. “Literally everything I do is for me and my community of BIPOC. Community is the backbone, but it is also the goal.”

Gil, among several Boston University students and alumni, co-founded the School of Theatre Anti-Racist Student Initiative (SARSI), an organization demanding the college institute anti-racist practices throughout their curriculum and training program. They delivered their list of demands to the school over the summer and are working toward inviting “a collaboration across universities.” Gil has an ability to craft stories both in theatrical and political spaces, and she allows one to blend into each other. By creating theatre that speaks to particular experiences and fostering dialogue that builds toward community momentum, there is a strength cultivated in addressing any audience.

“Every single tenet of dramaturgy is incredibly useful when organizing and creating different actions,” Gil described. “A piece of art does not happen in a vacuum. Theatre artists are in conversation with the world it was written in, the world it was produced in, and the intended audience.” For Gil, when organizing and creating—whether a play or an event—those tenets are necessary to investigate, interrogate, and lead with.

For Muslim actor and dramaturg Melory Mirashrafi, the dream is having a Venn diagram of theatre and activism with a lot of overlap in the middle: “Two superimposed circles on top of each other,” she illustrated, “and everything is always tied in one way or another.”

Mirashrafi sees her political involvement directly tied to her upbringing; as she stated, “Charitable giving is one of the pillars of Islam.” She told me she feels like that’s always been a part of her ideology. Since the pandemic began, Mirashrafi moved back home to Portland, Oregon, where she has delved into mutual aid—like organizing community fridges within her neighborhood—while bringing her lived experience as a Muslim and theatremaker into her work.

Politics is inherently performative. It requires carefully crafted messaging, a deep understanding of perceived perspectives, and the ability to remain flexible and switch tactics at a moment’s notice.

For Mirashrafi, this work is very theatrical. “You have to find a space—find someone to host the fridge—and then hire out a build. Then you have to find volunteers from local businesses to donate excess food, or people to buy staples once a week,” she detailed. “It’s utilizing a lot of the event-planning skills and trade skills you get in the theatre.”

However, Mirashrafi is hesitant to call herself an activist, aware that the term has been easily commodified as a way to gain social capital. “Just like there are lots of skill sets and training that goes into making it appear like I am acting, activism works similarly,” she said. “People say, Oh, I’m an activist now, when these are things that you need to develop constantly.”

A New Type of Protest Theatre

Theatre and activism are crafts, they serve a community, and they require the desire for personal and professional growth. This sentiment is shared by organizer Alyssa Rubin, who practiced theatre throughout her youth and in college but never pursued it professionally.

As an artist, Rubin always had a really hard time getting into her body. “It’s only through organizing and understanding the relationship between my body and the systems we exist in that has allowed me to understand my theatrical training more,” she said.

In June 2019, Congresswoman Alexandria Ocasio-Cortez likened the immigration detention centers at the border to concentration camps. In response, the National Holocaust Museum in DC issued a statement refuting the comparison, citing the claim was offensive. Rubin, alongside several other Jewish organizers, felt that the statement from the museum was irresponsible: “They are concentration camps,” she said. In response, Rubin co-founded Never Again Action, a collective of Jewish people fighting for immigrant rights alongside other organizations, such as Movimiento Cosecha, a national grassroots effort fighting for the protection of undocumented immigrants.

From the group’s first action—blocking the roads to the ICE detention center in Elizabeth, New Jersey—their messaging was extremely clear: “That Jews are not going to get stuck in this semantic debate,” Rubin stated. “We very clearly stand on the side of immigrants against detention and deportation.” Since then, Never Again Action has staged protests all over the country, drawing the parallels between the current immigration crisis to the treatment of Jewish people leading up to and in the midst of World War II. These large-scale initiatives take an immense amount of coordination, ensuring the logistics and creativity mesh to create a coherent and memorable demonstration. “Stage directors make the best organizers,” asserted Rubin. “They’re making sure everything’s in place, making sure the visuals match the message. The whole thing is telling a collective story.”

Dramaturgical questions should be asked during debates. Directors should be hired to coordinate events. Playwrights should be involved in writing speeches for the megaphone and the podium.

Boston-based actor, writer, and musician Deity Blair also utilizes storytelling as a means to push the status quo, both in her own artistic work and with her political voice. “It’s hard to organize if you struggle with communication,” Blair described. “It is important to communicate clearly what your point of view is, what your action is, what its purpose is, and what the motivation is. I’m as good a communicator as I am right now because of my theatre training. Full stop.”

Writing about her experiences as a Black trans woman in poetry and music is Blair’s protest against traditional theatre, and it reveals her perspective on current politics while also trying to aim a spotlight on the issues and communities that deserve center stage. “How do I write something that can be charged for this moment?” Blair probed. “And, in so doing, how do I then center who I need to center?”

With a deep understanding of narrative and story creation, Blair seized an opportunity to organize Boston’s first Black Trans Pride March in 2020 on Juneteenth in coordination with Black Lotus Collective, who center Blackness in healing and liberation. Blair wanted the march to be a space to celebrate the intersection of identities in the midst of the uprising against police brutality. Curated entirely by Black trans organizers and artists, the goal was to provide a space for healing and reveling in being alive in that precise moment. It was an event made by and for the same community, grasping power for themselves in a white-dominated society that so often denies it.

“The sheer force of will is primarily what carried me through most of the organizing simply because I’ve never organized anything like that,” Blair recalled. She found herself forming contingencies for things she never thought she would have to, like preparing possible exit routes in case of police brutality and organizing volunteer marshals on appropriate protocol, and she felt like her theatre background was helpful in the experience. “Theatre people learn how to improvise,” she said. If she hadn’t had that experience, she’s not sure she would have been able to make some of the really tough calls she had to make.

Drawing Back the Curtain

Of course, the line between theatre and politics is blurry at best. As more organizations commit to anti-racist practices and individual artists speak out about their experiences in the theatre field, there is a necessary reformation that must occur. Yet, the change is slow and has initially been met with resistance. Blair, for one, doesn’t think there’s anything negative about doubling down on the idea that the entire system can change and be something else. “That just sounds normal. Because change is normal,” she said. “There are so many different patterns in humanity and in society that can be chalked up to a fear of change. And it makes no sense, especially in this moment when so many calls for change are happening all over the world.”

The parallels between politics and theatre are undeniable. Translating politics into theatre is a part of dismantling the inaccessible and hierarchical perception of the political machine. We are in an advantageous position to restructure the narrative. Dramaturgical questions should be asked during debates. Directors should be hired to coordinate events. Playwrights should be involved in writing speeches for the megaphone and the podium. In the end, politics is merely elaborate storytelling.

Theatre artists have the remarkable ability to convene and contribute to community. That ability is a key component in building political momentum and delivering change. From the logistical and the detail-oriented aspects to understanding the broader picture, theatremakers are in a unique position to understand how those same skills can be applied toward large movements of social and political change.