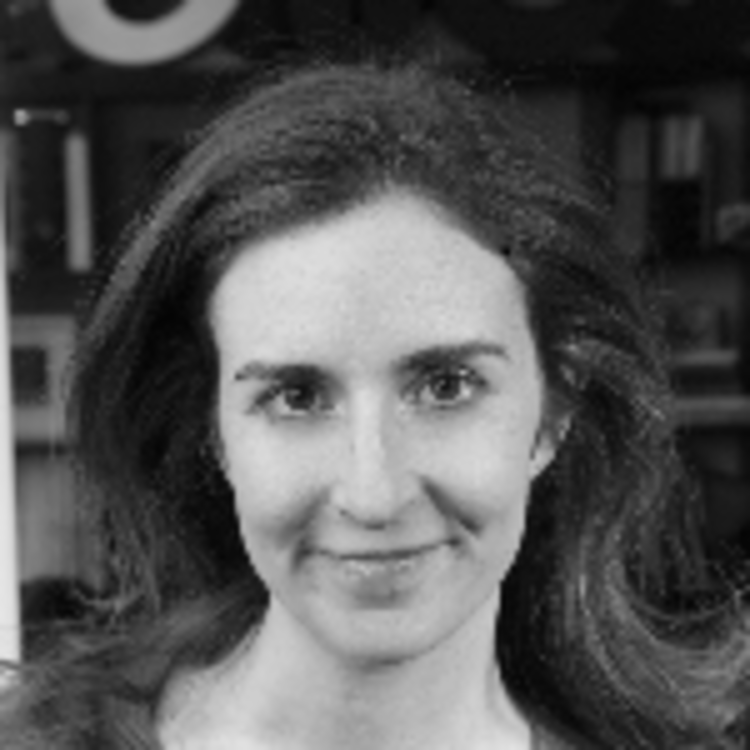 Live-Time Storytelling for a Theatre

Aditi Brennan Kapil is the Playwright-in-Residence at Mixed Blood Theater Company through the National Playwright Residency Program, funded by the Andrew W. Mellon Foundation. Find out more about her residency experience here , and learn about the impact of the program at large here.

Playwright as Storyteller
Aditi Kapil has been in residence at Mixed Blood Theatre in Minneapolis for over a year now, as part of The Andrew W. Mellon residency program. There have been several articles on HowlRound which explore the nature of these residencies and the impact they are having both for the resident playwrights and their host theatres.

One of the goals of the residency program is to influence the working environment of theatres by having playwrights embedded in them and, as Commons Producer, part of my task is to identify what has changed for the theatre as a result of the residency. As I’ve been documenting Aditi’s residency at Mixed Blood, I’ve been struck by her ability to harness her storytelling skills to enhance Mixed Blood’s communication platform.

Aditi is drawn to playwriting because she enjoys crafting stories, so when asked to conceive of how a playwright could support an organization beyond the work on stage, she was motivated to put her storytelling skills to use more broadly. Together with Mixed Blood’s Artistic Director Jack Reuler, Aditi articulated a plan to help Mixed Blood craft its organizational narrative through social media, the Mixed Blood blog, press materials, and show imagery.

I’m the one who can stand apart a little and celebrate the amazing work that is happening, the amazing boundaries that are being blown open, without distraction or lapse…do my part to bring the people who want to be in the room into the room so that the theatre experience can ignite, and have the artists know always that we’ve got their backs; we’re excited about what they’re doing.

Creating a Character for the Theatre
Over the past year, Jack has given Aditi the reins to craft Mixed Blood’s public image. Among other things, she represents Mixed Blood on Facebook and Twitter, which means all content that is posted must go through Aditi. She makes any edits necessary and then posts the material. Additionally, Aditi is generating content and ensuring that Mixed Blood has a daily presence on social media.

“We have been the great beneficiary of a social media campaign that has been strategic, that is crafted and, as Aditi likes to say, dramaturged,” commented Jack.

According to Jack, Aditi’s approach to social media is driven by her ability to create strong characters. He commented that Aditi has created a character for Mixed Blood—a voice for the organization. When I asked Jack to describe the quality of the voice he expressed it as “smart, fun, irreverent, artistic, forward thinking and humorously reflective.”

Setting The Tone
This trust has been established over a long professional relationship. Aditi began working at Mixed Blood as an actor right out of college, and then Jack hired her as a director, and it was Mixed Blood that produced Aditi’s first play and has continued to support her playwriting career. Last season, Mixed Blood premiered Aditi’s most ambitious work to date, The Displaced Hindu Gods Trilogy. Jack rearranged the theatre cabaret style to accommodate three plays in rep, one of which was structured as a stand-up comedy act.

It is because of Aditi’s extensive history with Mixed Blood, in a myriad of roles, that she knows the organization so well. She understands the personality of the theatre and is able to set the right tone.

Although Aditi filters the social media content, often changing submitted posts from “I” to Mixed Blood’s preferred position of “we,” she actively encourages other staff members to send her material. Aditi doesn’t see her job as generating content, but rather collecting the stories that are already happening throughout the theatre and sharing them, and is quick to mention the many other staff members who contribute to her social media efforts.

“Julia Gallagher (Mixed Blood’s production manager) is great about sharing photos and anecdotes, and I use those almost completely un-doctored because she’s the perfect lens to provide insight into tech. During rehearsals for Colossal (Andrew Hinderaker’s play that launched Mixed Blood’s season), assistant director Addie Gorlin provided most of the photo sneak peeks into rehearsal. Our tour director Charlie Moore is becoming quite the tweet-writer, the 140 characters appeal to his math sensibilities I think, and Jack Reuler texted me photos and trivia from the launch of the Light Rail line this past year, and all of those insights were shared pretty much unfiltered except for maybe a handful of stylistic edits.”

Aditi considers her function as different from a marketing or PR manager in that she doesn’t see her job as selling tickets. “Mixed Blood has a marketing team and a PR person, and I hope that what I do fully supports what they’re doing, but my function doesn’t have a direct value that can be tracked in butts in seats or anything like that, mine is more of an artistic pursuit. I’m live-time storytelling and I hope it sells a ticket or two and I hope it raises our profile, but that’s not the goal, the goal is conversation.”

Live-time storytelling is what Aditi posits makes the social media plan successful, which is why she has committed to daily posts. Aditi’s dedication to the project is resolute, even when she is not physically present at the theatre. For example, this past fall she was in London at the Gate Theatre where her play The Chronicles of Kalki was in rehearsal; in spite of the time difference and her busy schedule, Aditi managed to find an Internet café. She received information daily from the production team rehearsing at Mixed Blood. Aditi was able to keep Mixed Blood’s social media audience informed on the show’s rehearsal process despite the fact she was on the other side of the Atlantic.

Aditi also sees the value that the social media presence has for the artists that work at the theatre. “I think my biggest pleasure is that our artists feel our support and enthusiasm for their work, and this enthusiasm is contagious and extends to our audiences.”

Jack does not dwell on the statistics but rather is energized by the fact that more people are connecting with the work. As founder of Mixed Blood Theatre, Jack has lived by the motto “think globally, and act locally.” He has focused diligently over the past thirty-eight years on fostering audience relationships within the Twin Cities, and values Mixed Blood’s social media presence because it connects people beyond the Twin Cities with the work happening at the theatre.

Jack is encouraged that the communication is not just one way, people are writing, responding to posts and entering into a conversation about the work happening. “In the course of her residency it has been the greatest transformation for the organization— having a national presence through social media that isn’t just about the work we’re doing. It’s about who we are, what we think, and the people who make it and far more.”

An Artist’s Lens
In addition to handling the social media, Aditi has been working closely with Brie Jonna, Mixed Blood’s Community Outreach and Public Relations Manager, generating language for press materials and the web, crafting the visual narrative of the organization, and directing the photo shoots. According to Brie, it has been beneficial to have a playwright involved in setting up the PR images for shows, particularly this year. Colossal kicked off the season and also the marketing campaign. The play is about a young man coming to terms with paralysis after a football injury. Mixed Blood’s staff planned to have the press photo take place on a football field—an action shot. Aditi proposed a visual concept for the season, starting with Colossal, and pushed the team to think about the point of view of the story. She offered that the shot should be from the point of view of the character in the wheelchair, and that this concept could carry through to the next production, Taylor Mac’s Hir, from the point of view of the returning soldier, and Katori Hall’s Pussy Valley, from the point of view of the pole dancer. In the resulting press photos, you can see the edge of the wheelchair and the action ahead is slightly out of view for Colossal, and the disintegrating household from between the legs of the soldier for Hir.

Brie realized that Aditi’s insight as a storyteller was helpful in creating a more evocative and accurate image for the production. The Mixed Blood team loved the idea of the point of view shots, which reflected an overarching theme in the season—all the plays represent a distinct vantage point.

Providing a Title for the Narrative
Before Aditi began working with Brie on the press material for the season, she and Jack were in conversations about Mixed Blood’s overall narrative story for the theatre. They discussed what type of plays should be programmed, and how the curation would be articulated to the audience.

Mixed Blood prides itself on connecting with the community, particularly the community surrounding the theatre, which is largely populated by African immigrants. This season Mixed Blood is producing four plays, as part of the “55454 Series,” which refers to Mixed Blood’s zip code. The plays are about Africans and Muslims living in America.

As Aditi and Jack discussed this series and other programs, they weighed the balance between community-based work and professional artistic work. Mixed Blood has always done socially conscious work of an extremely high artistic caliber, and Aditi pushed Jack to weigh artistic virtuosity over artistic participation from the community for this series also. Jack noted the influence Aditi had in valuing artistic virtuosity when making program decisions.

“Part of the conversation with Aditi led me to the [fact that] quality really needs to shine through and we need to do the community-based work differently so the quality can shine through. Virtuosity is not negotiable.”

Agreeing on the value of artistic excellence in all aspects of production led Jack to come up with the tagline to describe Mixed Blood’s season: “At the intersection of virtuosity and social change.”

If you visit Mixed Blood’s website this slogan features prominently and is the header for the season lineup. Aditi embraced the catchphrase, which for Jack reaffirmed that they were in agreement about the direction for the theatre.

When I asked Aditi to reflect on her impact on the theatre since her residency she commented, “things get busy and people race toward opening, and everyone’s slammed—artists and admins alike—and I’m the one who can stand apart a little and celebrate the amazing work that is happening, the amazing boundaries that are being blown open, without distraction or lapse, keep that conversation going, do my part to bring the people who want to be in the room into the room so that the theatre experience can ignite, and have the artists know always that we’ve got their backs; we’re excited about what they’re doing.”

From her vantage point, Aditi can reflect on what is happening and tell the story, and perhaps even nudge the story as it moves forward. By using her gift for narrative, character, dramaturgy, and most importantly, her knowledge of the theatre and the trust she has from the artistic director, Aditi has been able to be the live-time storyteller of Mixed Blood. She has managed to successfully use her playwriting skills to tell the theatre’s story.