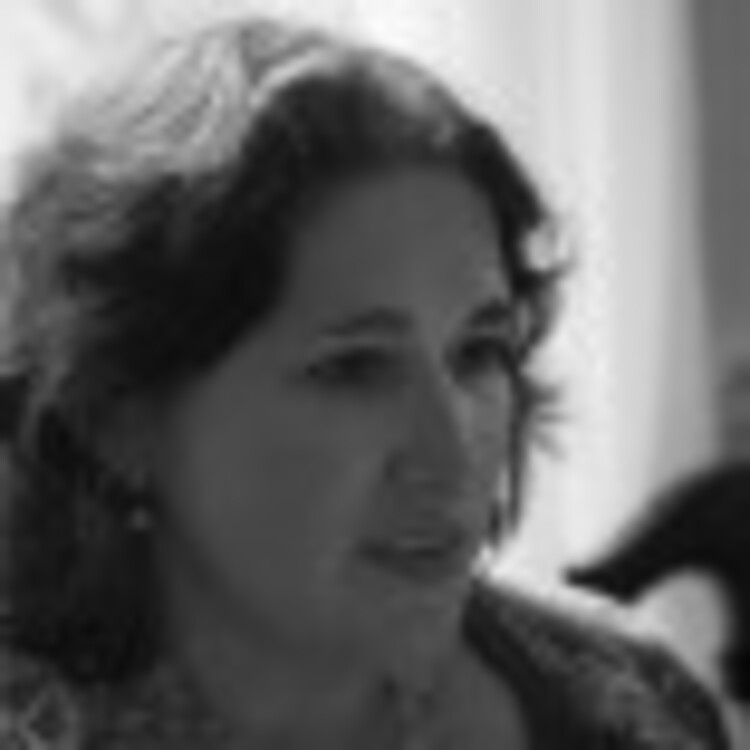 The Means of Production

Snapshots from the Field

The American theatre landscape now, whether seen from an aerial view or at street level, reveals a rapid process of shifting and reimagining—in seismic proportions, it seems, of late. Thanks to online avenues of communication such as HowlRound provides, the ability to learn about a wide variety of theatre production companies and practices is immediate and constant. In keeping with TCG’s 2012 National Conference theme, “Model the Movement,” following are some examples of what’s happening on the ground.

The models of theatrical production that I am most interested in are inherently based in hospitality. During my tenure as artistic director of Perishable Theatre and as organizer of the Magdalena USA festival, I built policies around the idea of hosting and exchange. Companies or artists coming into Perishable’s space or into the Magdalena USA festival were supported to the limits of our resources; rehearsal space, theatre space, technical support, and as much as possible, food and lodging. At Perishable, this hospitality was most evident in the Resident Artist at Perishable Theatre (RAPT) program, a blatant homage to the HERE Artist Residency Program (HARP) based out of HERE Arts Center (NY), in which mid-career artists were provided peer feedback, free rehearsal space, and access to the theatre’s performing space and technical assistance as well as feedback about grant applications. The Magdalena USA festival was structured to house artists together, provide them three meals a day, and offer a hub at which artists could connect with each other. The schedule also included workshops by master artists in the mornings melding into conversations in the afternoons and performances in the evenings. Hospitality makes exchange possible, which strengthens all of our work.

Developing and producing the work of local playwrights is central to Crowded Fire’s (San Francisco) mission. Artistic Director Marissa Wolf is explicitly focused on presenting plays by writers of color, women writers, and lesbian and gay writers. In describing her work, she reflects on her theatre audience’s demographics: “Our audiences tend to be young and diverse, and 41% of our audience base earns an annual income of $35,000 or below.” Wolf recently hired Laura Brueckner as director of new works to broaden the company’s reading capacity, explaining, “we wanted to deepen our relationship to the playwright, and right now for example we’re doing a research workshop with one playwright that includes reading books with her and being part of her early process.” Wolf is also committed to engaging her audiences in the larger national discourse by including works of playwrights from around the country every season. Crowded Fire is currently preparing to present a rolling world premiere of Lauren Gunderson’s Exit, Pursued by a Bear with Synchronicity in Atlanta and Arts West in Seattle. As Wolf puts it, “it’s essential to have a production of a new play, but part of our job is to advocate for the continued life of the play.” Like Crowded Fire’s founding Artistic Director, Rebecca Novick, Wolf says, “we tend to be drawn to work that creates its own structure, shatters the mirror (rather than holds it up), and reassembles it via theatrical visions that construct, deconstruct, question, and problematize the world we live in.”

Working at one of the country’s most prestigious and culturally specific regional theatres has given Taylor a bird’s eye view into the challenges, financial and otherwise, of new play production.

Playwright and director Dominic Taylor works with about sixteen playwrights per year on new play development in his role as Associate Artistic Director of Penumbra Theatre (Minneapolis). He directs most of the workshops associated with those plays and has developed a multistage system called OKRA. The most labor-intensive stage is the Word(s)PLAY festival, where playwright, director, designers, and dramaturg convene to workshop a piece for a week, culminating in a public reading. Working at one of the country’s most prestigious and culturally specific regional theatres has given Taylor a bird’s eye view into the challenges, financial and otherwise, of new play production. He has said himself of the play development process, “I think play development often does more harm than good. We certainly believe at Penumbra that the first step is ‘do no harm.’” Of the realities around explaining season choices to funders, Taylor points out that “the function of art, as James Baldwin said, is to dig up the questions that the answers have hidden. Often funders want to highlight the answers.” He is also committed to the idea that audiences’ expectations need to be constantly challenged. In directing Penumbra’s holiday show, Black Nativity, Taylor tweaked it to keep his audiences thinking, questioning, debating, and being critically alive in the moment.

Magdalena Gómez, cofounder and Artistic Director of Teatro V!da (the other TV), heads the first Latina-identified theatre company in Springfield, MA, the number one "White to Hispanic" segregated city in the US according to the 2010 census. In her role as leader of this intergenerational, multidisciplinary company, Gómez uses a model of theatre as self-determination that she’s developed during her over forty-year trajectory as a cultural worker:

We don't just create theatre. We create an opportunity for our audiences and artists to choose to be more alive in their bodies and activate more productive, intentional, and fully present lives. We work to recover and promote the art of empathy through peer training, diverse collaborations, and creating live theatre where the wisdom of young voices is taken seriously.

The Teatro V!da youth ensemble took on a significant role as community leaders in the Rebuild Springfield movement following the June tornado of 2011, and their thirteen-page document to Re-Imagine Springfield—filled with innovative ideas for redesigning the city in ways that would interrupt segregation, mobilize citizen participation across class, and build a more sound economy—has been included in the final master plan. Gómez adds:

In conjunction with my theatre work, I recently coedited Bullying: Replies, Rebuttals, Confessions and Catharsis, the first intergenerational and multicultural anthology on bullying published, which includes the writings of distinguished theatre scholar Dr. Albert Bermel and electrifying playwright Ruth Margraff alongside a thirtenn-year-old’s first poem. Teatro V!da creates an inclusive space for embracing the visionary and revolutionary aspects of theatre to provoke, inspire, and call to action.

Playwright Erik Ehn, head of Brown University’s Writing for Performance program and founder of the RAT (regional alternative theatre) movement, is in the process of preparing a premiere of seventeen plays addressing genocide. This cycle, called Soulographie, will be staged at La MaMa E.T.C. in November 2012. Ehn says of this work,

I'm looking to generate plays that are anarchic in structure and syndicalist in their means of production. Anarchic/chaotic in the sense that genocide and trauma are fields of meaning and experience—holding in simultaneous tension and contradictory impulses. One needs a system of representation that allows the mind to contradict itself without turning away from the subject. Of Soulographie’s seventeen plays, when you turn away from one (documentary, for example)—feeling that a timeline is missing something—then you turn into another, which is more of a tale, or another, which is a diatribe, or another, which is a ritual. Genocide needs to be approached in a cloud. But we need to be fully open inside it. The thesis of hope in the project is that engaged witness is involved in both preventing and healing from genocide. Silence, and a rupture of history (shame; the inability of a people to call themselves a people anymore; the sense of exile from history) is the aim of genocide. By witnessing to the reality of genocide, we are alert to its ideology in daily life and watch for its social rise. Since meaning-making is social, and since genocide is a narrative project (about rewriting history), it is well addressed socially.

Rob Melrose, Artistic Director of Cutting Ball (San Francisco), features a program called the New Experimental Plays Initiative (NEPI) which includes Risk Is This: The Cutting Ball New Experimental Plays Festival, a commissioning program, and full productions of new plays. Risk Is This was created specifically to support the future Samuel Becketts, Gertrude Steins, and Suzan-Lori Parkses in the world. Melrose wanted to develop a selection process specifically geared for finding those risky, challenging plays experimenting with form and then create a working model that best supports them. The Risk Is This festival is designed to give plays a week of rehearsal in which the directors, designers, and actors are all exploring a performance vocabulary that best suits the play. Melrose explains:

At the end of the week, we do a staged reading with paper drawings and models. We have found that putting this energy into realizing the playwright’s intentions to be more helpful to experimental work than asking people to give opinions about how to change the play. Even the classic and seminal avant-garde works we present ask our audiences to re-envision their idea of theatre each time they come to see one of our productions. So, for example, when we know we will be producing a new writer who is influenced by Ionesco or Beckett, we produce an Ionesco or Beckett play as a lead-up to that work, giving audiences a context.

The Risk Is This festival is designed to give plays a week of rehearsal in which the directors, designers, and actors are all exploring a performance vocabulary that best suits the play.

Erin Courtney, a 13P playwright and faculty member in Brooklyn College’s MFA playwriting program, explains that each playwright is the artistic director of her/his own play within 13P:

Each of us chooses which of our own plays we want to produce, what venue to use, how to spend the budget, and which director to hire. As the process progresses, the playwright/artistic director has equal say with the director on which designers to hire and which actors to cast, as well as overseeing the marketing materials. I knew immediately which play I wanted to produce and it was the least “safe” of the three unproduced plays I had. A Map of Virtue is a formally complicated, violent, and reflective play that many theatres had “admired” but felt it was too formal to be theatrically engaging. I knew if I could get Ken Rus Schmoll to direct it that, together, he and I would be able to bring the text to life in an engaging way. Ken said yes and we embarked on a two-year process of readings, revisions, design meetings, and casting sessions. Up until the last minute, we felt worried that we had not cracked the play but, in the end, the production worked, the audiences were deeply engaged (and frightened), and we won an Obie for our collaboration.

In these few snapshots, we see a small fraction of the politically relevant, socially engaged, aesthetically vibrant theatre happening all over America.

Awesome. Thanks for this.

Awesome. Thanks for this.

This is so refreshing! Thanks.