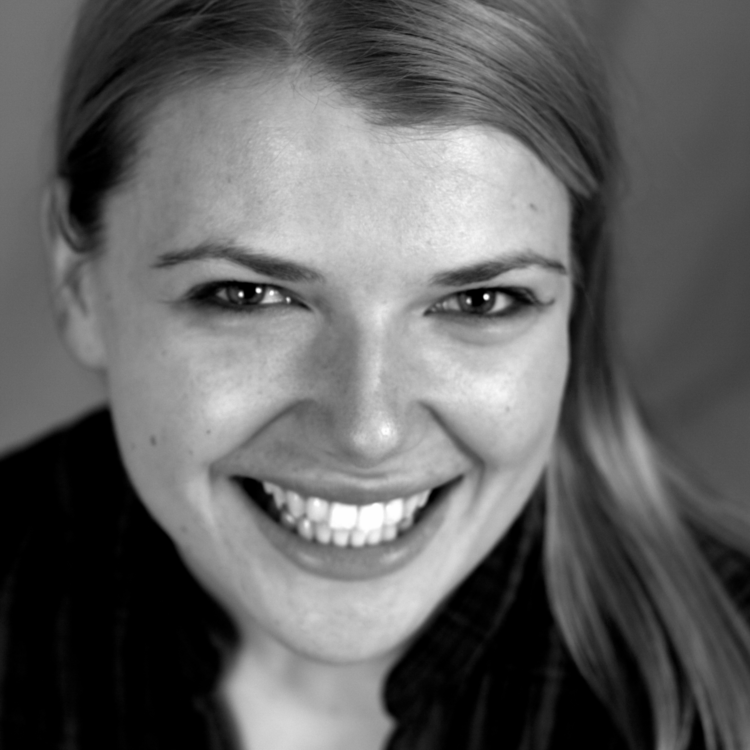 Postcards from Romania, Part One

This four-part series documents the experiences of a young, Fulbright fellow, avidly exploring theater and life in Bucharest, Romania.

“Is all new theater here about communism?” I ask my friend and host, Ioana Moldovan, after seeing yet another play about the fear, terrible transgressions, and bloodshed that Romania went through between 1945 and 1989. “Yes,” she replied, “because it’s still happening, it’s the only thing we know.”

It’s a huge generalization, but as I round my first month in Romania, it rings true. As a young American theater director, communism is a history that I have utterly no context for, but here I am, calling Bucharest home for the next nine months: I’m here to create some context, to understand a completely foreign mindset, using my Fulbright research grant to explore Romanian theatrical traditions, new play development and collaboration.

The day to day of the grant means that I’m teaching a grab bag of classes at the University of Theatre and Cinema (U.N.T.A.C) in Bucharest, the première theater university in the country. These classes span from introduction to American theater, masters playwriting courses to director/playwright collaboration and possibly a class on devising and company creation. My long term goal for being here is contribute to the two way path between American and Romanian theater artists, a path that directors, playwrights, and educators such as Ioana Moldovan, Roberta Levitow, Marcy Arlin, Peca Stefan, and Saviana Stanescu have recently helped to deepen, many through the Fulbright program.

As a director and dramaturg, based in New York and at the Vineyard Theatre for the past two years, new play development has been my sole theatrical occupation; it’s what made me move from the small town Juneau Alaska to New York. But, in the spring of 2012, I began to crave another move, something else that would force me to grow as an artist and a person.

Social media and the ability to cross borders through the internet has made it easier to crack the world of the other, but I feel that this isn’t enough. Being on the ground, in a foreign culture, and immersing myself in the theatrical traditions and history of another country have forced my American self to think outside of the box—from small issues, like how to ask for directions in another language, to big questions that I have about my role in the world as a theater maker.

Being on the ground, in a foreign culture, and immersing myself in the theatrical traditions and history of another country have forced my American self to think outside of the box

I’ve realized that I want to be an international artist, not just an American one. To make a long story short, in researching ways to get overseas, I came across the dreamy, fully supported Fulbright grant, and being a “go big or go home” kind of gal, I began the long and tedious application process.

Through my research, knowing absolutely nothing about Romania, I stumbled across a book of plays, roMANIA After 2000, and was blown away by the gritty and visceral way that these playwrights were writing about Romania in the present day. Their lack of fear, something that I see very rarely in American playwrights, is what brought me here, to see what is really happening in this fairly isolated country.

So, what does play development look like in a nation that has a history of the “director as the auteur?” Playwriting has existed here, on and off, for years, but the directors tend to be the stars of any production. And how can I collaborate with Romanian playwrights, especially when I don’t have any concept of what this country went through, don’t really speak the language and have only a basic understanding of the structure of the theater system over here.

It’s not an impossible task, but it’s a tough challenge to take on in a relatively short nine months. I’ve been seeing more shows than I ever thought I would—from the state supported level to the independent “theater in a store front” and everything in between. I attend festivals, literal theater binges that present fifty plays in ten days. I talk with theater artists, students and staff members about what they do, create, hope, and fear. And I’m trying to learn Romanian as fast as I can. 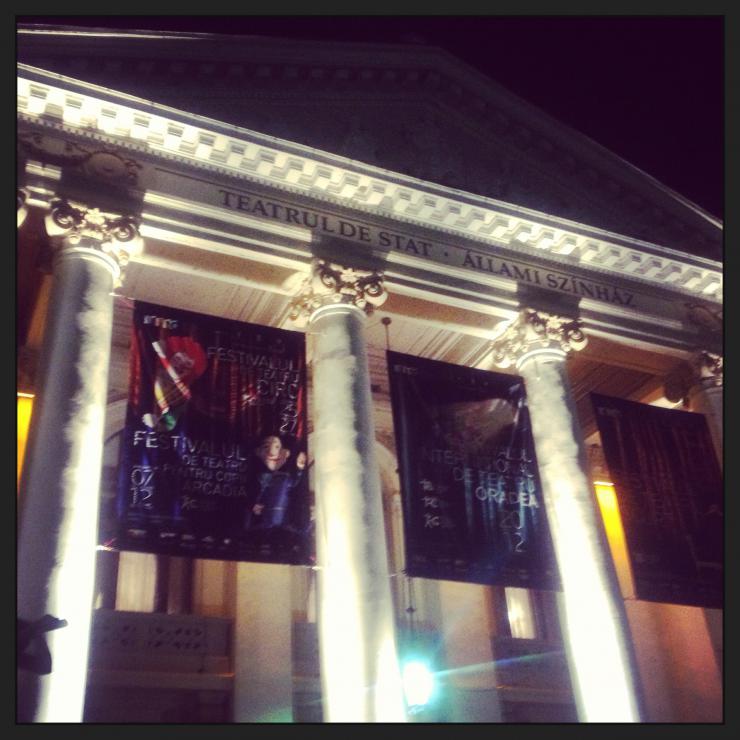 This past month had already led me to many questions, about the role of theater and art in remembering a collective history; I wonder if countries have a national aesthetic and if the political questions are more important than the entertainment value? As stated above, every new play that I’ve seen so far has (as far as I can understand) had something to say about Romania’s fairly recent history: the lack of trials for the Communist party, the corruption that still controls the politics here, and as a result, the issues that the country faces today in the form of racism against the Roma people, lack of jobs, the shrinking middle class, and the apathy and pessimism that many youth feel towards their country and it’s future. It’s similar to some of the problems faced in the United States. 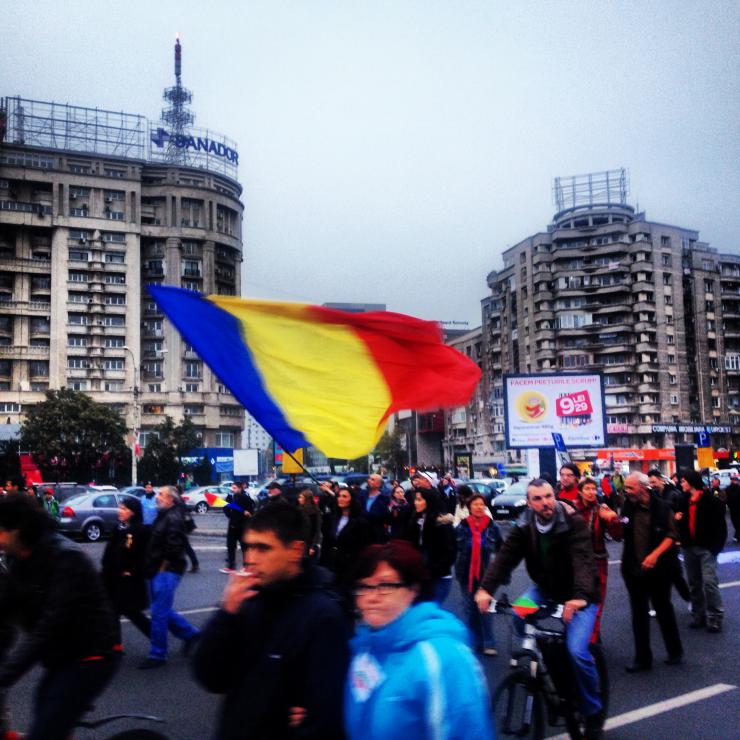 But here there is a slight glimmer of hope; Romania is currently going through the largest political rallies that the country has seen since the ‘89 revolution, pro-environment, anti-governmental peaceful marches for Rosia Montana. Some are even calling it the “Romanian Fall.” It’s an exciting time to be an artist here, to see a country that is still in the process of becoming a democracy and how the arts reflect and respond to the changing social landscape. It’s my hope that the next eight months are only the beginning of a long term collaboration.

romania never really had a middle class to shrink...romania went from feudalism to communism to arriving late to today's hollowed-out capitalism, for

Hannah
Wolf
Thoughts from the curator

This four-part series documents the experiences of a young, Fulbright fellow, avidly exploring theatre and life in Bucharest, Romania.

romania never really had a middle class to shrink...romania went from feudalism to communism to arriving late to today's hollowed-out capitalism, for which it was never remotely competitive at the best of times.

"...yet another play about the fear, terrible transgressions, and bloodshed that Romania went through..." as a result of communism.

"Their [the Romanian playwrights] lack of fear, something that I see very rarely in American playwrights is what brought me here..."

"I’ve realized that I want to be an international artist, not just an American one."

I pray all this that means that when you come back here you will be fearless enough to write about the similarities between communism and what our government has degenerated into in recent years (under both the Bushes and Obama [as Snowden and others have revealed])... and the horrible realities that await us if we continue on this path.

We'll see what this year holds. It's definitely opening my eyes to some scary parallels.

It's interesting to me the Soviet experiment is still a living object in Romania. When I was at the Moscow Art Theatre in 2006 Dean Anatoly Smeliansky was lecturing that audiences were no longer interested in exhuming the past. Half the Moscow audience, the older half, would reliably stand at the Soviet National Anthem--I witnessed this several times. Professor Smeliansky wrote an amazing text, The Russian Theatre After Stalin, great context if you can find a copy.

Thanks Alex! I'll try and locate a copy. Some people here have the same view and I feel that Romania is at a strange point, the generation of artists that has never grown up under communism is now finishing school and entering the market. I've talked to some of them about their feelings on the matter, but I think the art that they make will start to show where their ideas lie.

Thank you Hannah. While I am a bit surprised that as an artist "communism is a history you have utterly no context for" i think that points to the narrowness of American thinking both historically, politically and artistically more than you personally. I look forward to reading what you learn about all three and more in the coming months....keep writing.

As a young American theater director, communism is a history that I have utterly no context for, -

Thanks Jed! it caught me by surprise too, honestly. I had done research for the grant, but I believe it also points to the American school system. I have no recollection of learning about any of this in my world history classes, besides the years that Communism took place.

Great piece, can't wait to see the rest of the series. I was there last year for the premiere of my play, "The Hummingbirds" in Romania (in Romanian) and had a wonderful time and met so many engaged and exciting artists.

Thanks Garret! I'd love you hear what your experience was in working on a play in another language. I'm about to embark on the journey of directing with a translator. I'm constantly humbled by the commitment of the artists here.