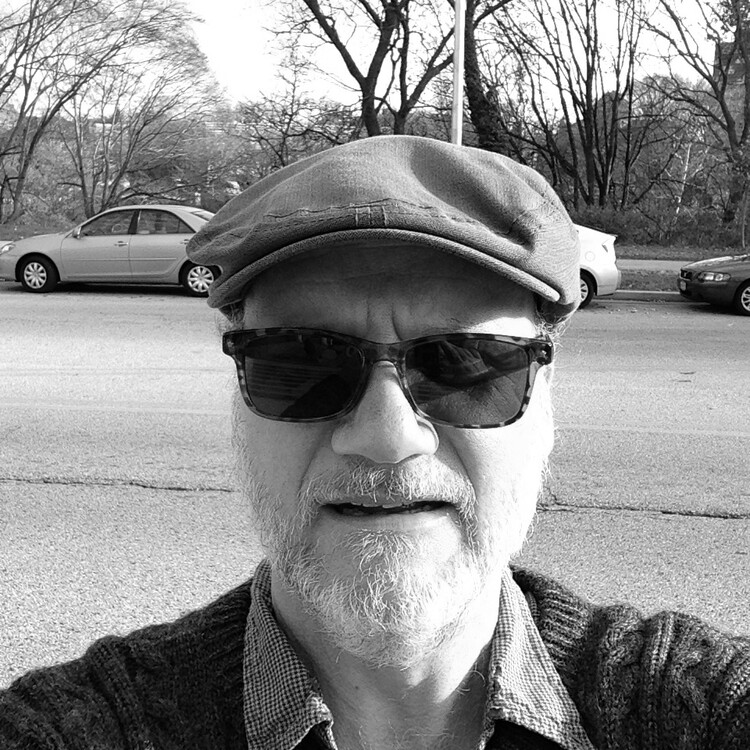 or, How I Learned Everything about Teaching from William James, Oliver Wendell Holmes, Jr., and George Carlin

The Provost Checklist for annual reports made by professors at Towson University includes a “Narrative Teaching/Advising Philosophy,” the point of which is “To explain your approach to your teaching and development.” I suspect that this means I am supposed to explain my approach to pedagogy.

The problem is, I don’t think I have one.

If I was forced to describe my pedagogical approach, I would say “hands on.” I realize that sounds a little too grade-school-art-class-ish, so let me try to steer your mind away from glue sticks, papier mâché, and construction paper, and into another direction.

When I say “hands on,” all I mean is that I see no real delineation between theory and practice. It seems there is very little use for theory. (I spent a little too much time studying American pragmatism in graduate school.) From my experience—which is, as a good pragmatist, all I really have to go on—theory stems from practice, and I am not sure I can understand how theory could exist without its practical compadre. That may seem ironic coming from someone who teaches a lot of classes with “theory” in their titles, but so be it.

As time has gone on, I’ve found that teaching theatre and directing for the theatre are very closely aligned. Just as a director must actively seduce actors and designers into going along for the theoretical ride in a production, the same is true for a teacher with students. They need to be enticed into the subject matter at hand.

Sometimes that requires a performative style. Sure, teachers are not there simply to babysit and entertain, but dynamism is necessary. We are not there to simply spout dates and facts; the students have Google for that.

The students also need to figure out how they can entice themselves—they need to figure out their own entrance into the work. I often ask my undergraduate students in the very first class of the semester to at least act like they are interested and engaged. (I use different terminology.) The interesting thing about acting like you are interested and engaged, is that you soon find that it’s easier to act like you care than to act like you don’t care. Ironically, caring less in class requires more psychic energy.

And then this weird, Stanislavskian effect takes place: You soon find that you actually do care. It has, as I said before, a contagious effect.

The simple way to put this is that there has to be a buy-in on the part of the students. Buy-in requires interaction; lesson plans need to be easily jettisoned so spontaneous conversation can take place. One of the things I accepted over the years is not to be afraid of the tangential conversation. It is rarely irrelevant.

I have three methods for engagement: One is to approach every class as a “free speech zone.” I call this the George Carlin-style of pedagogy because I believe Carlin understood the deeply radical goal of teaching better than most PhDs. As he once put it during one of his performances:

"The owners of this country... I'm talking about the REAL owners now.... The big wealthy business interests that control things and make all the important decisions.... I'll tell you what they don’t want:  They don’t want a population of citizens capable of critical thinking....  They’re not interested in that. That doesn’t help them. That's against their interests."

The classroom should be a marketplace for ideas. As Supreme Court Justice Oliver Wendell Holmes, Jr. said in Abrams v. United States, “The ultimate good desired is better reached by free trade in ideas…the best test of truth is the power of the thought to get itself accepted in the competition of the market.” With any luck, the good ideas will float to the top, the bad ones will sink to the bottom.

Admittedly, not all students feel comfortable with this. They’re used to “decorum.” They’re not necessarily used to being challenged to justify their ideas in a public forum—unless you count online trolling. They are also used to the classroom being a one-way form of communication, which is stifling.

The other form of engagement is humor. Some might see jokes in the classroom as frivolous. But humor isn’t simply a diversion. It is a highly calculated way to allow others to see your worldview. It’s something that students—and indeed, just about everyone except for people who are channeling Lionel Barrymore in It’s a Wonderful Life—can quickly relate to. One well-placed joke can easily take the place of most forty-five minute lectures.

Finally, I do my best to make whatever the material is comprehensible. I believe it is the responsibility of those of us in the arts and humanities to try to actually be inclusive, and not shut people out of the conversation. During the last forty years, academics in the arts and humanities fell into an unfortunate habit of utilizing a highly esoteric and specialized language that was pretty much indecipherable to most people—even those who possess advanced degrees.

When I say ‘hands on,’ all I mean is that I see no real delineation between theory and practice. It seems there is very little use for theory.

Obviously, there is a place for specialized language—plenty of disciplines need it. However, much of the theoretical lingo that is tossed about in graduate school amounts to little more than clubhouse antics. If you have the secret decoder ring, you can be part of the gang. If not, beat it.

Admittedly, a lot of theoretical writing from the nineteenth and twentieth centuries is extremely dense, but that does not mean that the ideas are not valid; there’s plenty of relevant material there to grapple with. It is our responsibility as educators to illuminate and crack this material open in a way that is understandable, contextualized, and relevant to the students and their lives.

I suspect that much of what I have put down in this essay does not apply to everyone. In fact, in an era of “rubrics,” “outcomes,” “distance learning,” and a general commodification of education where professors are regularly required to spend more time running through bureaucratic gauntlets than actually teaching, many of these ideas will seem to some readers to be as outdated as buggy whips—completely off the mark.

That’s cool. In his speech “Is Life Worth Living?” in 1895, William James said, “Visible nature is all plasticity and indifference, a moral multiverse, as one might call it, and not a moral universe.”

And that’s as it should be.

Pedagogy is pragmatic. And it’s personal.