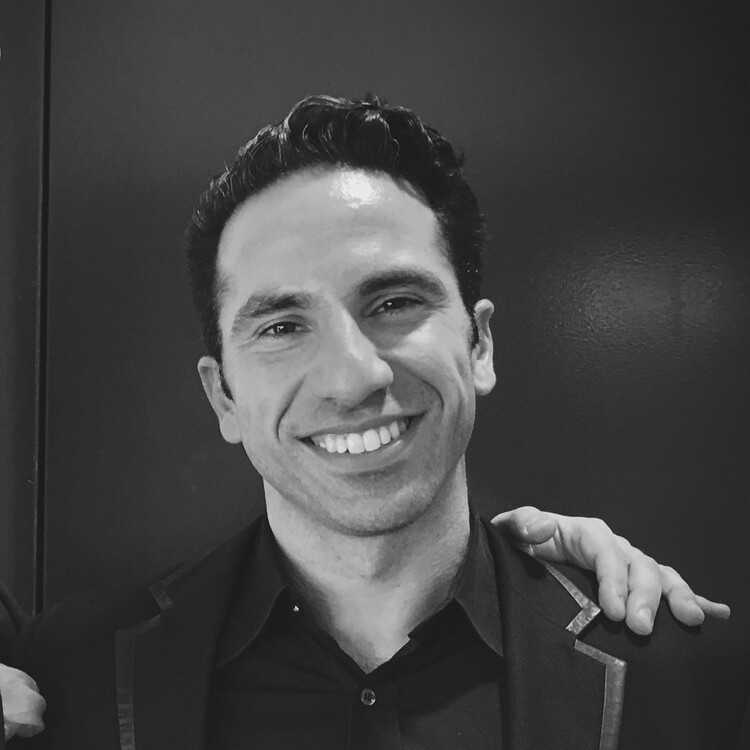 Edward Said begins his masterpiece Orientalism (1978) with a quote from Marx’s 18th Brumaire that is fundamentally about power and knowledge: “They cannot represent themselves; they must be represented.” In this vein, Said dissects orientalism as an entrenched set of beliefs that rendered objectivity impossible since knowledge produced about the Orient has always been predicated on power, privilege, and the Western gaze. The phenomenon of orientalism thus reiterates recognizable stereotypes—often by well-intentioned outsiders and native informants with “insider knowledge”—such that the West could represent monolithic concepts like “Muslims” with certainty. Said emphasizes that this lopsided rationale is systemic and so entrenched in our beliefs that inequity (literal or figurative) would feel mollifying rather than malicious.

For Said, without substantive structural change, equity is the horizon: a possibility rather than probability, a goal, not reality. Nonetheless, by espousing universalism, Said suggests an eventual end to the identity politics implicitly maligned in much of American media today. However, he makes clear that an expansive humanism is impossible without an exhaustive decolonizing of the mind and sincere reckoning with the dynamics of power. For Said, premature claims to universalism are the purview of those who presume the capacity to speak for others and those who believe whiteness indexes authority.

The importance of including decision-makers intimately connected with marginalized communities is that this inclusion exposes blind spots—implicit or explicit. At this moment, the need for particular vigilance against Islamophobia is dire.

I cite this fundamental text and the essay upon which it is based, “The Arab Portrayed” (1968) to reference the long battle waged by disadvantaged communities striving for equity who are not exactly “underrepresented.” I also emphasize these texts’ careful attention to structural, as opposed to individual, concerns, which extend far beyond this particular play and the many hurt feelings of those involved.  I reiterate how important it is to support colleagues, not claim to represent or speak for an entire community, and level critique that is prescriptive rather than proscriptive. That said, I emphasize, as Said might, that as artists and intellectuals we should be animated not by what we know, but what we don’t. This is what most differentiates us from the extreme political Right (and its indefensible sense of “right”), and enables the chance to learn and grow together.

On April 26, 2017, members of the Middle Eastern American theatre community published an open letter calling for equity and inclusion, in large part inspired by the lack of representation on the lead creative or producing team from the communities being portrayed on stage in Playwrights Horizons’ production of The Profane. As a co-author of the open letter, I was initially disappointed by inattention to the actual substance in Playwrights Horizons’ response in BroadwayWorld and subsequent article in American Theatre. However, by underscoring the distance between word and deed, intention and structure, these statements actually reiterate our letter’s concerns and continue the conversation in an instructive way.

In the Noor letter, we intentionally avoided discussing the content of the play to (unsuccessfully) pre-empt the implication of sour grapes or censorship. That said, we must attend to precisely the challenges of out groups writing stories that are not their own. In particular, the broad gloss of the “human condition” cannot be license to sacrifice specificity. Rather, it should be a call to find common cause in our shared struggle within the vastly different frames that structure our lives and imaginaries. For instance, claims to universalism are undermined rather than amplified by work about “Muslims” that recapitulates Islamophobia. We must avoid trafficking in clichés and “received knowledge” about Muslims—or any other marginalized group—because to do so instrumentalizes stereotype. To traffic in stereotype—especially when we don’t realize it—allows a rhetorical boogeyman (like “Islam”) to do considerable legwork, while still feeling current. Islamophobia may seem like the newest hot button issue testing the bounds of American inclusion, but as anyone invested in dismantling white supremacy knows, these struggles are older than this country itself.

The importance of including decision-makers intimately connected with marginalized communities is that this inclusion exposes blind spots—implicit or explicit. At this moment, the need for particular vigilance against Islamophobia is dire, particularly because a numerically negligible cadre of “native informants” (such as Ayaan Hirsi Ali, Fareed Zakaria, Irshad Manji, or Brigitte Gabriel) have built careers on corroborating Islam’s inherent violence and incompatibility with Western values.

That said, the question is not who gets to speak for certain groups (since that critique has long been used to silence disempowered communities), but rather to propose strategy to improve opportunity equity and awareness. The question similarly isn’t about good intentions, but rather whom we can include to confront precisely those things we never knew we never knew.

Moreover, it is unfair for the burden of education—in addition to the burden of representation—to be borne by cast members, because it is a consequence of marginalized identities that actors are called on to don multiple hats: dramaturg, publicist, consultant, co-author or director. I do not strip actors of their agency or prerogative to hold a perspective different from my own, but we ignore structural and professional boundaries if we demand actors make managerial and content decisions. It is the perspectives of the writer, director, and producer the press must demand, and it is they who should empower actors to best execute their already demanding labor.

In addition, we must overcome the assumption that discord is inherently negative, or indicts critics’ integrity. Meaningful dialogue and change only occurs when communities respond resolutely in the face of unacceptable circumstances. If we cannot enlist well-intentioned peers and allies to do the right thing—especially when contentious—things are far more hopeless than we realize. Treating controversy, and fundamentally constructive criticism, as a boon rather than menace, allows for education, dialogue, and collaboration. In an era that increasingly confuses experience with expertise, we must stand for knowledge, truth, excellence, and debate.

Moreover, for a Middle Eastern community that has long sought rights but has suffered from numerous internal divisions, we do ourselves a disservice by ignoring dissent amongst ourselves—or within any marginalized group. In the struggle for rights and recognition, disagreement is essential, as community members confront differences glossed over by dominant stereotypes, including distinctions in ethnicity, race, nationality, provenance, gender, class, sexual orientation, and ideology. These distinctions mean, for instance, that many Middle Eastern Christians and Jews are among the most Islamophobic of American communities. It also means that immigrants from the same city in the Levant might identify as White, Black, Asian, or otherwise, and these identities might be as much about class and religion as they are about “race.”

The onus for resolving these contradictions cannot be on any playwright, director, producer, or dramaturg, but it is the responsibility of consequential art to incorporate expertise that exposes these fault lines. In this way, dissension serves not only the broader goal of humanism, but, quite simply, makes art better. Insofar as theatre remains a vehicle for social change, it is through its ability to challenge, not coddle. Power will never cede willingly.

Therefore, continue to hire Middle Eastern and minority artists, knowing that this will require more effort than business as usual. Value unique perspectives and insight; listen to and tell stories that challenge the very core of our assumptions; and stand in solidarity with other underrepresented communities who have similarly been excluded from positions of power as well as authentic and dignified representation.

Finally, remember that the road to justice, like that to great art, is far longer and more arduous than we’d like. But for those of us emboldened by these dreams, the goal is seldom easy or instant gratification. Please embrace our shared call not to police, but to provide. Know that these conversations are world-making, but that in our striving toward this dream, we are just beginning.

I'm wondering what else besides hiring practices have to change...

Given the absolute lack of money in theatre for anything new or innovative...it seems like a very slow boat as a main thrust of action...but as you say, there is no way for this all not to go slowly...just trying to figure out more strategies

What's interesting is that within the communities themselves (Middle Eastern, Black, White) each event provides opportunities for folks, especially given the huuuuge range of those identities...and everyone is so grateful to be together, because so little brings them together outside of occasionally seeing each other in an audience randomly, or being cast or hired randomly in a production together...

I wonder what collective cross cultural ideas could help this...or are we even there...does more development have to happen within communities before we bridge them...should we bridge them...?

Thought this might be an interesting place to brainstorm that, but don't intend to hijack the thread away from the central focus on Middle Eastern theatre in an inappropriate way...

Thanks for a great article, and follow up from the Noor letter, glad to be following that narrative as it plays out.

It is my pleasure to share some thoughts - and happy to continue this conversation offline since I appreciate the work the Segal Center does in its programming. I allude to an expansive humanism in this piece because I see it as a worthwhile goal, since it is one that confronts the persistent - but increasingly disproven - truisms that "only white stories sell" or that only white stories access the universal.

These are difficult subjects, but we'd do well to acknowledge that myopic accounting of "profit," "credits," "efficiency" only reiterate the staggering, disproportionate whiteness of the theater (and the arts in general). In this moment of crisis, I hope we can soberly acknowledge the arts' hand in this Trumpian dystopia, and open ourselves up to possibilities that are still beyond our ken.

This article is very thought provoking for me. You bring up a valid point that many do not understand the intricacies and history of the identities of many people who may consider themselves (or be considered by others) as Middle Eastern. In becoming the partner with someone from Turkey I have come to a new understanding of the complex identity that comes from being born on the continent of Asia, with the believe that Turkey is part of Europe, but is often classified as Middle Eastern, when really your own associations of your culture look back to the Ottoman empire which spans across a series of cities/states/languages/cultures. I think it boils down to ensuring that Representation both on the stage and in other artistic roles is a true collaboration and not simply tokenism.

Thank you for your thoughtful comment - and unfortunately, I agree. It would be hard to overstate the lack of information (or misinformation) that circulates about this part of the world. I don't know what solution there is except earnest education and hiring decisions that goes beyond merely good intentions.

Are you familiar with Golden Thread Productions (goldenthread.org) where for more than 20 years Middle Eastern (and Muslim) artists have been representing ourselves? Where we in fact have been producing a festival called, ReOrient since 1999. I think it would benefit your argument and studies to ground them in actual examples of theatrical productions that have tackled the very topics you discuss.

Yes I am - and thank you for your work!