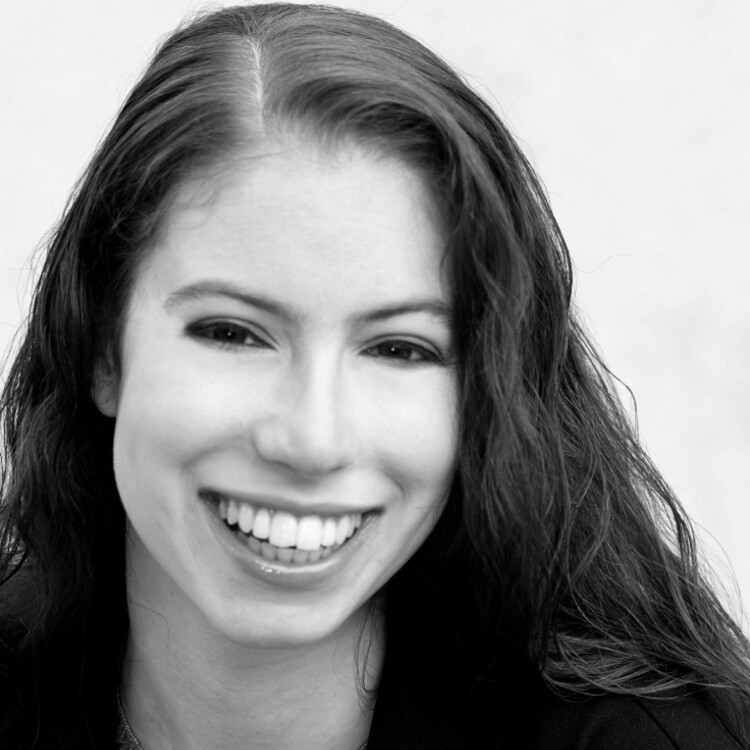 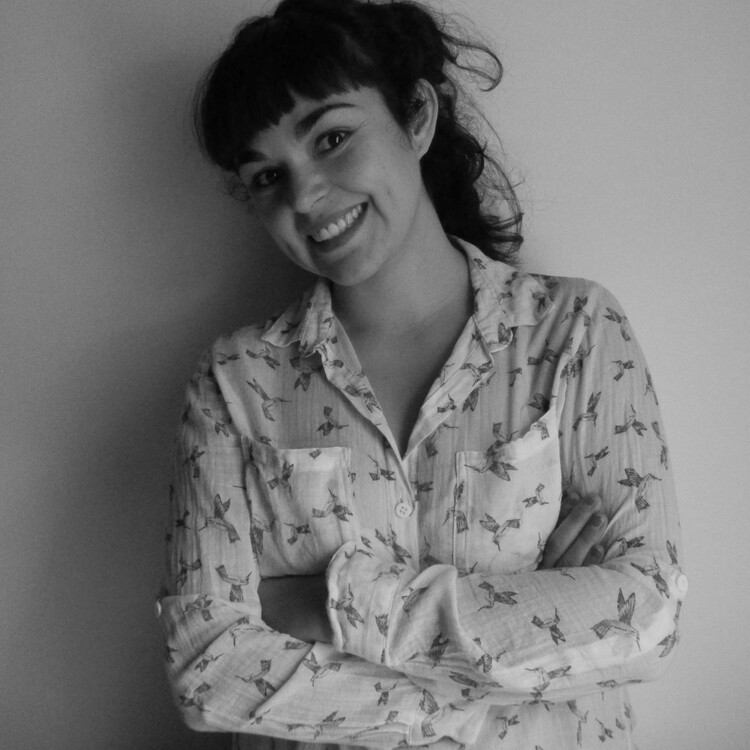 Sally Campusano is the lead organizer of the upcoming Women Playwrights International (WPI) Conference in Chile. She and I have been in contact off and on for several years as I have done research for the International Centre for Women Playwrights (ICWP) 50/50 Applause Awards. Sally is now based in France but maintains her Chilean citizenship.

Elana: Can you tell me about the theatre group you helped found in Chile and why you decided to found it?

Sally: I was very lucky because I reached adolescence after the [Pinochet] dictatorship in the 1990s, when there were more educational opportunities. A lot of things were receiving funding from the government, like street theatre and physical theatre. I could gain a full perspective of the art form before I went to study professionally at university. Given these opportunities, I found that my philosophical, intellectual, and artistic interests all came together in the theatre.

In 2006, after I went to college, I founded Teatro Niño Proletario with a school partner and two teachers. We all had the same perspectives about what kind of theatre we wanted to do: tell the untold stories; explore identity, gender, territory, and dark stories. Even though I am not with the company anymore, I am still interested in those subjects. The name of the company came from a book by Argentine writer Osvaldo Lamborghini about a child from a poor family stuck in the circle of poverty. It represented the spirit of the company; the dark, negative realities of being stuck in that cycle.

Everything in Chile is full of contradictions and misogyny. Women are invisible. At the same time, there are some women who are in the spotlight.

Elana: When you were living in Chile as a playwright, did your work get a lot of productions?

Sally: My work was mostly with the company. I would receive feedback from other company members but it was not formal. Now that I am living in France, I mostly write on my own.

Elana: How long have you been living there?

Elana: Did you move because there were production opportunities in France?

Sally: On the contrary, I moved here for love. I left a very prolific career in Chile. I was in a master’s program in Argentina. I left it to be with my husband, who climbs mountains. We live far away from a lot of people; there are not a lot of actors where I am. I have had to reinvent how I approach my career. I’m currently writing a lot, particularly bio-dramas.

Elana: You and I have worked hard over the past several years to find theatre companies in Chile and South America that are producing women playwrights. But we’ve had a hard time. What is the theatrical climate like in Chile now?

Sally: Everything in Chile is full of contradictions and misogyny. Women are invisible. At the same time, there are some women who are in the spotlight. We have had a female president twice. The biggest theatre contest, Muestra Nacional de Dramaturgia in Chile, is run by two women, including Nona Fernández, who is on our WPI team. Most drama schools have directors who are women. The Ministry is half and half between men and women.

Nevertheless, in every day life, we are treated less than men. When I was working in Chile, there was discrimination against my plays. When reviewing a play of mine, critics would include the names of the director and actors but not my name. If it was a man writing the play, his name would be included. The same was true of flyers in the newspaper, advertising the play. However, in my opinion, in the last two years, this has started to change.

Elana: Why? What happened?

Elana: I had no idea that had happened! How have you seen that changing things for women in Chile and in theatre as a result?

Sally: It’s been a sequence of events. It started with #NiUnaMenos. Then, last year, abortion was legalized. This was a really big deal because women who got abortions were looked down on because it goes against the Catholic religion. But the law now says that if you were raped or if the life of the mother or the baby is in danger, you can have one.

Elana: Wow! That is huge!

Sally: Recently, there was a big protest at the universities. There has been an ongoing culture of sexual harassment, rape, and sexual abuse among the professors towards their students and assistant teachers. It’s an abuse of power. So the students have been protesting. There is no protocol in place to protect them right now. That is also part of #NiUnaMenos.

Elana: How has the #NiUnaMenos movement affected theatre?

Sally: There were a lot of discussions about gender and law, and subjects on stage began to reflect this, the political atmosphere. We are starting to be seen. Also, for the first time, the Ministry of Culture included gender in the cultural statistics about who was doing work in the arts. The news was not surprising: women work harder and get paid less. Camila Le-Bert founded the Lápiz de Mina Festival, which supports gender equality in the theatre. She has been showcasing women in playwriting and spotlighting theatres that present female-written or female- directed plays. It is a volunteer organization, like WPI.

For the first time, the Ministry of Culture included gender in the cultural statistics about who was doing work in the arts. The news was not surprising: women work harder and get paid less.

Elana: So let’s talk about the WPI Conference. I know that it was originally a joint venture with ICWP before it became its own entity.

Sally: WPI started in the 1980s. It was mostly thanks to the internet, which connected women with other women. I find the fact that the connections and the conference have continued to happen in a world that is ruled by money, lack of time, and personal interests amazing. I love that we are using tech for something so honorable.

Elana: I was doing some research and came across WPI-Philippines and I was very surprised. I mean, WPI really seems to be everywhere.

Sally: That chapter came together after the tsunami to help serve the women playwrights affected by it.

Elana: And how did you get involved?

Sally: I first attended the 2012 conference in Stockholm, Sweden that Riksteatern hosted. Puma Lagos put out an open call for scripts and I applied. My play was accepted. When I arrived, there were only three of us from Latin America. One of the others was playwright Lene Teigen, who is from Norway and was president of WPI until 2012. When she learned that I was organizing a festival in Patagonia called Cielos Del Infinito, she suggested that I might have the skills to help her organize a WPI conference to help get more Latin Americans involved. I was very surprised and moved at the open, caring spirit I experienced in Stockholm and I wanted to share it. So I agreed to help host the 2018 conference.

Elana: What are you hoping the Chile conference will accomplish both for writers who attend and for theatre locally?

Sally: Right now we’re trying to make the conference super friendly so we can have representation from as many countries as possible. We are trying to lower costs to allow people to attend. I have three goals for the conference. The first is to have foreigners hear their plays in another language—this will be the first time in the thirty-year history of the conference that the first language will be Spanish. The second is to showcase Latin American theatre. And the third is to bridge relationships between Chile and the rest of the world in theatre.

I should also add, I suppose, that as part of that third goal, I want to help Latina women build relationships amongst themselves. I want to give them an opportunity to network. There is no association for them right now. There are Spanish-speaking platforms like Festival de Cadiz, but not an association.

During the conference, we will also be opening some of the activities up to new audiences like readings. In Chile, there aren’t a lot of opportunities to showcase international playwrights except from the United States and Europe.

Elana: What do you hope for the future of Chilean women playwrights?

Sally: I hope that we contribute to the installation of a gender agenda in the world of the performing arts in Chile, and that we can open the discussion about our condition as creators in our country.

Translation for this interview provided by María Carolina Quintana.

Great interview! Thanks for sharing. Sadly, it paints a poignant picture of reality, which I was able to witness when I was there in March. As progressive as Chile wants to portray itself, it is still a country with a lot of backwards and gender discriminating traditions that have proven very hard to shake. It's almost as if women in general--having grown up in such an environment--are resigned to accept things as they are, and by doing this, continue to perpetuate such a culture. I see great promise in today's young women though. Thanks again!

Thanks for your comments, Monica. Hopefully, by continuing the conversation, we will be able to help raise awareness and courage.