Spotlight on the Regional Alliances

This is the second post in a series of profiles of Latina/o regional alliances from around the country. Responses for this interview were provided by Emily Aguilar Thomas on behalf of TIA.

TIA: Teatro In Austin was founded in October 2014 and serves Central Texas, specifically the city of Austin.

What’s your mission?
To create a community space for dialogue about teatro in Austin, including advocacy, networking, and resource sharing.

How did your alliance form?
Before heading to the Encuentro in LA, we wanted to touch base as a theatre community to see who was going, how our interests were shared, and how we wanted to represent Austin on a national level. Many of us worked together already through Teatro Vivo and other Austin theatre companies, but some of us were meeting for the first time. We met and decided we should establish ourselves as a collective. TIA became our name, given that Austin is the shared place from which we all lived and worked.

How is your alliance structured?
We work as a community through our Facebook page, but myself (Emily), JoAnn Carreon Reyes, and Rupert Reyes are the ones that organize meetups. The group elected me (Emily) as the point-person for the group for contact purposes, meeting agendas, and advocacy.

How does someone become a member? What membership requirements do you have, and where can people go to get more information?
Anyone in the Austin community that works in [email protected] teatro can join. Anyone can contact me (Emily) via email for information and/or request to join our Facebook page. It is a private page, but anyone in the group can grant a new member access. 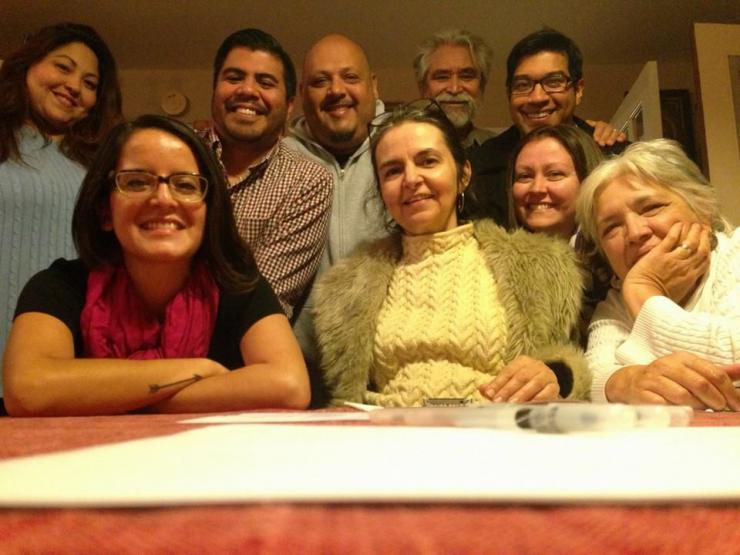 How big is your current membership?
We currently have sixty-four people connected on our Facebook page, though generally about twenty people consistently attend our meetups.

Who makes up your current membership?
Actors, designers, directors, playwrights, producers, presenters, scholars, dramaturgs, etc. The most active members are those that are also on the board for Teatro Vivo or a part of that community.

Who are the most well-represented groups in your membership from the list above?
Our membership is mostly actors, directors, playwrights, producers, dramaturgs, and some scholars.

Since your alliance’s inception, what project have you completed that are you most proud of?
In general, we are proud that we have created a space in which members of the [email protected] theatre community in Austin can support one another.

What plans does your alliance have for the future that might be of interest for the world to know?
Some of us are attending the Carnaval in July, and there is talk of TIA gaining representation under Teatro Vivo’s website. This would mean that Teatro Vivo would be TIA’s host organization.

What makes the needs of artists in your region different from other regions?
Austin is undergoing major changes as a city, and growth is spinning out of control. As a result, many communities of color are being pushed out of the city due to gentrification. As a community, we are working to keep our momentum moving forward and support one another in our work.

What makes Latina/o theatre in your area special?
A lot of new [email protected] work is coming out of Austin, particularly due to the Austin Latino New Play Festival produced by Teatro Vivo. Plays such as Mariachi Girl by Roxanne Schroeder-Arce and Luchadora by Alvaro Saar Rios got their start here, and are now being produced at major theatres throughout the country. We are seeing this as a trend, and this fits into the greater Austin theatre scene as Austin is known for producing new work.

A series of profiles of Latinx regional alliances from around the United States.

Happy to have Emily holding the reins. We would love to be TIA's host and allow them to begin to provide programming and events for Teatro in Texas as well as Austin.

In the last installment of the series, Briandaniel Oglesby reflects on his queer adaptation of Romeo and Juliet, and advocates for more queer-centered theatre made with and for young people.