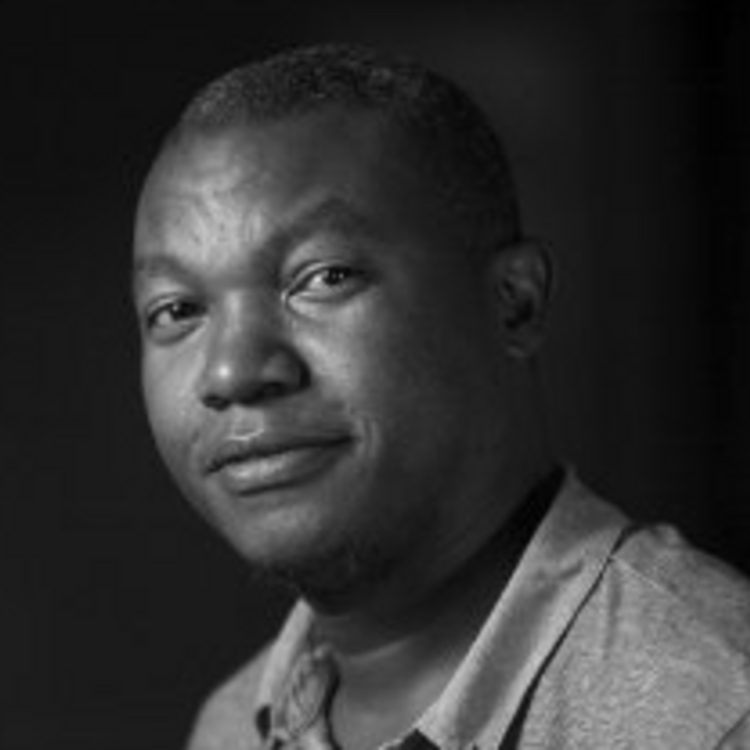 The Story Behind Puppets in Kenya

Puppetry has been part of my life for the past twenty years. It started when Family Planning Promotional Services (FPPS), an organization from Nairobi, Kenya, invited Gary Friedman from South Africa to train a few local guys in puppetry. For two weeks, training was conducted in Nairobi and then duplicated in other regions of the country including my region, Mombasa. I underwent beginner’s puppetry training and became part of the second generation of puppeteers who benefited from this training. Then I continued training, learning from trainers from Germany who helped mold me into a puppeteer.

I had the challenge of balancing my full-time job with my newly acquired passion. One day, I ultimately had to choose between my full-time job and puppetry, and I chose the latter. Over time, I became so good at what I was doing because I dedicated my energy and focus to participating in community performances.

The kind of puppetry that I am trained to do is educational puppetry that addresses issues, such as HIV/AIDs, drug abuse, educating young girls, political corruption, and the environment. From what I’ve seen, puppetry has been a very effective tool for the audience, who can relate to social issues via puppet performances. More and more local groups are starting to employ puppets as a technique. Most shows are done in informal settlings: market places, public halls, school compounds, and any other open air places where the public gathers.

My Journey to Puppetry
During Kenya’s first International Puppetry Festival in 2002, I watched performances from professional puppeteers from around the world who were using different techniques, ranging from Marionettes, shadow puppets, and Japanese Bunraku puppets. This experience was a great opportunity for me because I not only learned about different styles, but also was inspired to create my first theatre performance, which premiered during the second International Puppetry Festival in 2004, which took place in Nairobi.

Tears by The River was my first show and it follows a brave monkey named Libendi, who leaves his land after a great famine kills many of his fellow monkeys. His adventurous journey takes him far away in search of food and water. After losing his energy from days of walking through valleys, mountains, desert, and barren land without food and water, he dies beside the river. Animals from the nearby forest come to honor, respect, and praise him by naming the river after Libendi, which prompts the big and ferocious animals of the jungle to be unhappy and jealous—to the point of doing crazy things to become famous as well.

I created this show with my colleague Chrispin Mwakideu with our group Krystal Puppeteers, a traveling puppetry company in Kenya. In the show, we feature a combination of different techniques and types of puppets. For example, a Marionette puppet is used for the main character, while hand puppets, masks, and silhouettes are used for the other animal characters in the show. What’s unique about Tears by the River is that it not only uses puppets, but also employs music and vivid storytelling.

Almost immediately, we got an invitation to perform the show at the Europees Figura Centrum Festival in Ghent, Belgium. Shortly after this performance, the show was invited to Austria at the Mistelbach International Puppet Festival. We met a festival organizer who was interested in having our show in his festival on one condition—the show’s script needed to be translated into Spanish. Given the length of the script, this was a big challenge for us, but it was possible. Over a period of nine months, we translated the script, memorized the lines, and rehearsed to prepare for three festival runs in Spain—the Festival Internacional de Teatro de Calle (Getafe), Festival Internacional de Titeres en la calle de Castellon, and Festival Internacional Galicreques (Santiago). Soon after these festival performances, Chrispin and I received more invitations to perform in major cities in Spain, Ecuador, Indonesia, Poland, Argentina, and South Africa.

Apart from Tears by the River, I created another show called The Last Man Standing, which is an environmental show about the effects of global warming. In this puppet performance, I use three different techniques—Bunraku, glove puppets, and mouth puppets—and perform with Peter and Philemon, two other puppeteers. The three of us have had two international invitations for this show thus far, one in Cape Town, South Africa, and the other in Jakarta, Indonesia.

My most recent show is A Tale of Freedom, which premiered in Kenya in October 2016, and is about the Hungarian Revolution of 1956. This puppet show is part of a collaboration between Kenya, Hungary, and Poland. The show was directed by Katarzyna Kuzmicz, an established Polish puppet director, and was funded by the Hungarian Embassy in Nairobi. I was the only Kenyan puppeteer in the performance, which got a lot of appreciation from the Kenyan audience although it was a Hungarian story.

Over the years, puppetry has evolved here in Kenya because of partnerships with other organizations, which has proven to be a viable way forward. These partnerships not only expand the viewership of puppet performances, but also create a database of puppetry lovers.

How Puppetry is Sustainable
It’s not easy being an artist in Kenya, especially when you are doing an art form that is not well-known. Once puppetry is first introduced to many Kenyan audiences, they are often quick to embrace it as a new thing. Many Kenyan puppeteers are used to taking puppets directly to people’s door steps when doing community performances. Most of these community shows are funded projects so it’s easy to perform a lot around town. When it comes to other live puppet performances though, fewer people come to watch the shows. The perception is that puppets are for kids, so why would adults want to see them? But with time, Kenyan audiences have come to embrace it, especially after realizing puppet shows can address sensitive issues. This part attracts the audience’s attention, and they’ve started engaging in serious talks after every show.

Actors who perform in both theatre and live entertainment shows tend to pull in big crowds. But the opposite can be said for puppet theatre shows. It was hard at first to sell puppetry to major theatres in Kenya, such as Kenya National Theatre, Little Theatre Club Mombasa, Alliance Française de Nairobi, and Sarakasi Dome Theatre. Actors and comedians who enjoy full house privileges often find their way to the TV stations earlier, and most of them are able to live on their artistic work. After a few years of being a puppeteer in Kenya though, there was a breakthrough when popular Kenyan cartoonist Godfrey Mwampembwa introduced an award-winning puppet TV satire called the XYZ SHOW. This show provided job opportunities to many professional puppeteers (including myself), editors, voiceover actors, camera operators, and puppet makers.

Over the years, puppetry has evolved here in Kenya because of partnerships with other organizations, which has proven to be a viable way forward. These partnerships not only expand the viewership of puppet performances, but also create a database of puppetry lovers that we can reach out to whenever an issue needs to be addressed. Many Kenyan puppeteers work together in almost every project unless they have decided to work on individual projects. For example, I am currently working with a US organization called Project HAND UP, which uses puppetry to tackle issues concerning the stigmatization of living with HIV/AIDS. This project was funded by the Rotary Foundation and mostly performed live in schools across Nairobi. The program has yet to expand to other regions in Kenya because of pending funding. At the same time, Krystal Puppeteers is about to embark on a peace awareness mission to inform people on the importance of peaceful elections by using puppets. As elections are just around the corner, other puppeteers are involved in similar projects with other organizations and media production companies.

Puppeteers are coming up with new techniques and approaches that will change the effect of protesting.

Using Puppets in Street Protests
The art of puppetry has been a major contributor when it comes to delivering messages. In recent years, street demonstrations in Kenya have drastically increased due to poor governance and higher costs of living. Artists are now protesting in the streets and using their talents to voice their anger. For example, musicians are producing protest songs, visual artists are using their brushes to paint their frustrations, and theatre performances have moved away from family dramas to current events in the country. Other civilians, including doctors, teachers, and nurses, are up in arms taking to the streets every day, too. As a result, puppeteers are coming up with new techniques and approaches that will change the effect of protesting. Working with people of different backgrounds has been the best solution to drive the message of the protests. Bold and clever puppet techniques are needed, especially when it comes to speaking out for better living standards for the average citizen.

In spring 2013, puppeteers constructed huge symbolic images like the four-foot pig puppet during the Occupy Parliament protest, which was against the uncouth behavior of the Members of Parliament. There were also fifty diaper baby puppets in the protest to depict the infant-like thinking of leaders when it came to how they handle themselves while holding public positions. Since Kenya happens to be one of the most corrupt countries in the world, an anti-corruption protest would never be complete without huge boxing glove puppets.

Art has been a big factor in Kenya both for entertainment and educational purposes. It will still remain relevant for years to come as more and more individuals are pushing for art to be fully recognized by the country. Getting more direct support in terms of funding artistic projects that involve artists is important in forging toward the future of puppetry in Kenya.

Just discovered this page. A very inspiring article. Dear Fedelis, I am from Mexico, another corrupt country. I would like to know more about the use of puppets during protests. Greetings.