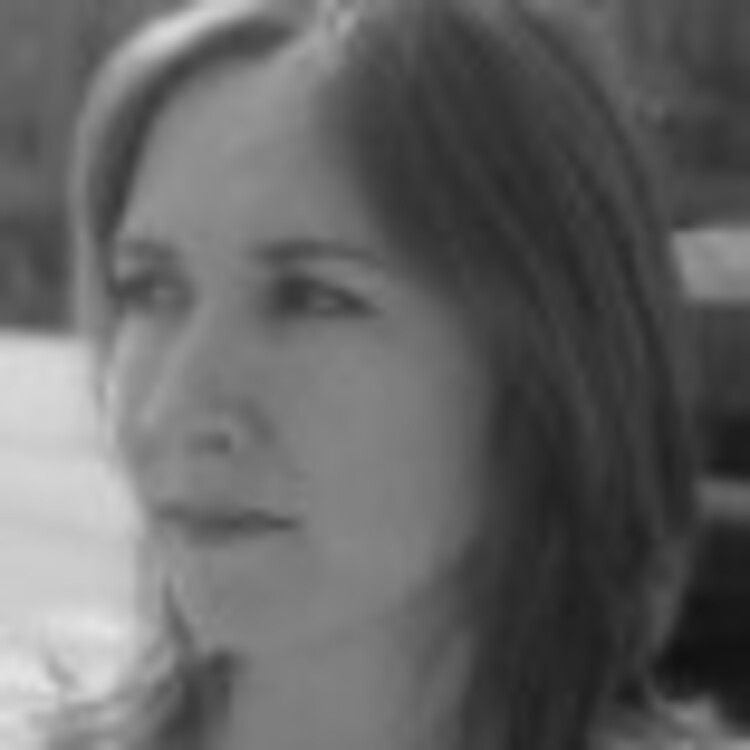 Take it To The Street

First, a personal story: Last year in March I was in tech for Kiss Kiss Julie, ArtSpot Productions latest devised work for which I provided text, outdoors at the Joan Mitchell Center on Bayou Road in theseventh ward of New Orleans. True to form, we were running behind, trying to tech the elaborate, interactive “Hotel Utopia” section that took place in multiple gazebos designed by Jeff Becker especially for this show. In the midst of the stress, I suddenly heard drums and tambourines in the distance. I grabbed Kathy Randels’ arm: “Indians!” I whispered excitedly, and for a moment, Kathy looked at me like “No frikken way, girl, we have to keep working. “Kathy,” I said, “we have to go, it’s a sign. It’s Saint Joseph’s night and the Indians are passing by our front door.” Kathy broke into a smile and shouted “Let’s go!” and the entire cast ran to the front yard, just in time to see David Montana, Big Chief of the Washita Nation Mardi Gras Indian Tribe, marching down the middle of the street in his breathtaking, handmade Indian suit of feathers and rhinestones, followed by a crowd singing, clapping and playing tambourines. His Big Queen was Ausettua Amor Amenkum, who runs ArtSpot’s theatre program at the Saint Gabriel Correctional Institute for Women with Kathy. Playing tambourine in their entourage was choreographer Monique Moss, also a frequent ArtsSpot collaborator. They walked towards our front yard when they saw us, the crowd backing up the Big Chief as he sang us a song in which he called Kathy Randels by name. After about fifteen minutes of singing, dancing, and rhythm making in the crisp night air, the Indians turned and made their way towards Bayou St. John, and we went back to tech.

Parading and theatre making crash each other’s parties regularly in New Orleans. There are obvious examples, like the New Orleans Fringe Fest parade that happens every year in the middle of the Festival. “From the outset, the New Orleans Fringe Fest recognized that parades…are an effective mechanism to enlarge the embrace of the festival,” New Orleans native and Festival Development Coordinator Damon Rozenweig told me. “It provides an opportunity for visiting performing groups to… march in a parade, often for their first time ever and always to their energized delight.” And then there are specific companies that either incorporate parading into their performances, or use a parade as the structure of the performance itself. NOLA Projects upcoming Catch the Wall ends with a second line (a walking parade that originated as a parade behind African American funerals, escorting them into the next life). JuneBug Productions’ The Homecoming Project took the form of a second line, beginning at Congo Square with an invocation and moved through the Treme neighborhood, paying homage to landmarks and sites of historical and cultural significance in the African American community. “Using the second line form allowed us to have a highly participatory performance and to physically and emotionally transport the audience/participants to various locations which signified important stories and social issues,” Kiyoko McRae, Managing Director of Junebug told me. There is even a parade that is a spin-off of a theatre performance—Raymond “Moose” Jackson, who wrote the Artspot/Mondo Bizzarro show Loup Garou, now organizes the Krewe du Loup Garou each year, a pirogue parade that navigates the bayous around the City Park area.

But does the culture of parading—both watching and participating in parades— affect, create, and sustain the New Orleans New Work ecosystem? At the risk of this post turning into a dissertation, and with a crucial endnote, here are a few select points:

SPACE It is a regular part of NOLA life to transform an “ordinary” space into a “spectacle” space. Streets large and small transform into major parade routes within a couple of hours each night during Carnival Season. An unassuming bar can become a crucial rest stop during a second line, where the paraders rest and more paraders join in. Gabrielle Reisman of the NOLA project told me: “It (is) an expectation that any space in the city can be temporarily transformed. And that, when spaces are derelict, empty, or blighted it is our personal responsibility to transform those spaces.” And you see a lot of spaces temporarily transformed into theatres in NOLA—garages (Scott Heron’s Side Arm Gallery), grocery store warehouses (Skin Horse’s Port / Architect), bars (countless examples), abandoned golf courses (ArtSpot/Mondo’s Loup Garou). It’s part of the rhythm of life here, making the spectacle appear seemingly out of nowhere, a skill that is especially important in a city with a lack of conventional theatre spaces.

AUDIENCE
Both Gabrielle Reisman and Aimeé Hayes (artistic director of Southern Rep) pointed out the personal responsibility aspect of Mardi Gras—in New Orleans, people feel called to dress up and make merry—Mardi Gras does not happen without them participating in the masquerade. This could mean dressing up, or buying beads and carnival “throws” for the float you are riding, or hosting the yearly party you always have, because you live on a parade route. “Mardi Gras is sacred to me and I am irked by the blurring of tradition and the season with anything/anytime,” Aimeé wrote to me. What this means, I think, is that the idea of being “audience” is a little foreign to planet New Orleans, because it’s all about participating. I sense this willingness to engage all the time when I’m at live performance here—the performers ask you to walk through City Park to see the show? No problem. The performers ask you to participate in pre-show Karaoke? Absolutely no problem. Audience as co-creators, for real.

MUSIC
I’m trying to remember the last time I went to a play in New Orleans and there wasn’t live music. It’s everywhere. Aurora Neeland making music for Cripple Creek’s Lysistrata. Will Bowling’s live score for New Noise’s Pchile Goyin. It’s everywhere. The live music scene in NOLA feeds into the carnival scene, which feeds into the theatre scene. And though they are often incredibly busy, musicians always seem willing and eager to participate in theatre performances. Honestly I think they just love making music, and especially making music in New Orleans, and a theatre (or transformed party goods store) is as good a place as anyplace to make it happen.

COMMUNITY AND COSTUMES
I’ve seen Emily Whelan of Cripple Creek Theater with purple face paint  a flowing purple dress, and two box-o-wine taps where her breasts should be. I’ve seen Kathy Randels in full butterfly gear. I’ve seen Nick Slie in his blue tights and hand painted turquoise masque. And that is just a drop in the bucket. The entire theatre community goes to parades, marches in parades, goes to parade parties—I think I recruited three volunteers for PearlDamour’s How to Build A Forest at a Krewe du Vieux party on Frenchman Street two years ago—I did not recognize at least one of them when they showed up for their volunteer shift out of costume. It’s a way of celebrating our hard work, our craft, and the city we live in. It’s also a way of networking and hashing out big, impulsive, wine-induced ideas. There’s nothing like putting on a little glitter and fake eyelashes to inspire you to think big, bold, and risky, and say yes to the same.

IMPORTANT CLOSING / REFRAMING NOTE
Kiyoko was also quick to point out that there is a decided difference between the history of African American parading (initially illegal thanks to a racist political and social structure, emerging as a more homemade, on foot tradition) and the history of Caucasion Parading (sanctioned, more resources, more fancy floats). When you are finished reading this, google Congo Square, Treme, Mardi Gras Indians, Zulu Social Aid and Pleasure Club, and The Krewe of Rex in order to dip your toe into the complexity of it all (to put it mildly). Thankfully this history has yielded fascinating, intersecting communities—in the story that opened this post we saw a mostly white theatre company intersecting with an entirely black Indian tribe—and members of each group had a long history of friendship with each other. At the risk of placing the burden of “teaching and inspiring” on the cultural tradition of an oppressed minority, I’d like to close with an extraordinary quote from Kiyoko about what theatre practitioners can learn from the inherent value in African American second line and Mardi Gras Indian traditions:

These are practices that are self-sustaining in which those who organize it, organize it for their people and participate in it. It is a practice that can't be bought, sold or co-opted (try as some may). It’s a practice and performance you can't put a price tag on. It relies on a delicate ecosystem of people who understand its importance. It doesn't need to be publicly advertised because its existence is known through word of mouth….Its existence does not depend on a paying customer or audience. It’s radical in that the practice takes ownership of the streets, reminding us of our inherent democratic freedom of expression and the importance of cultural practice as a human right in which all of us are entitled to, regardless of our economic means. It is also a reminder of the power of collective expression in sending strong messages through art and culture which can be a challenge to the establishment and/or publicly states what a community values as important.

Performance. Agency. Expression. Participation. How do we continue to recognize and nurture this tradition in the everyday NOLA culture in which we choose to make new performance works?

Thanks for this Lisa! I wish I'd read it before going to New Orleans for the NET microfest. Although reading it now simply confirms a lot of what I saw. The point that it is expected "in NOLA that any space in the city can be temporarily transformed. And that, when spaces are derelict, empty, or blighted it is our personal responsibility to transform those spaces.” is just so so cool. I think one of the main functions of theater in contemporary society is (or could be) simply providing space and transforming space to encourage engaged public dialogue (about whatever one is interested in). I felt this more in New Orleans - in and out of theaters - than just about anywhere I've been. Thank you!

thank you for this!

Such a well versed interpretation, Lisa. I am really moved by the last quote by Kiyoko and the thoughts about audiences as co-creators, "for real." I think Kiyoko nails it with the idea that what we do is what we do first. Next comes ticket or album sales. The people always, and I do mean always, find the interesting events in New Orleans. Now, if we can only find a way for the glitter to be gone by Jazz Fest! Lawd help us all.