the Shape of Latina/o Theatre in Austin

This is the second of seven posts in a series about the state of Latina/o theatre in Texas.  In this series, each of the contributing writers presents insight into the happenings, developments, and future of Latina/o theatre and performance in their respective regions.

One issue faced by Latina/o theatre artists in Austin over the past several decades is the need for a consistent venue for Latina/o arts. The Emma S. Barrientos Mexican American Cultural Center currently hosts four performance groups, including ALTA, Teatro Vivo, Proyecto Teatro, and Aztlan Dance Company. Each company has its own artistic and social objectives. This center, often referred to as “the MACC,” has helped with the need for a consistent space where the Latina/o community and those interested in Latina/o arts can find theatre told from the uniquely Latina/o perspective. This magnificent new facility also provides free parking for sanctioned events, though it is taking some time for the Austin community at large to become accustomed to attending events at the MACC. 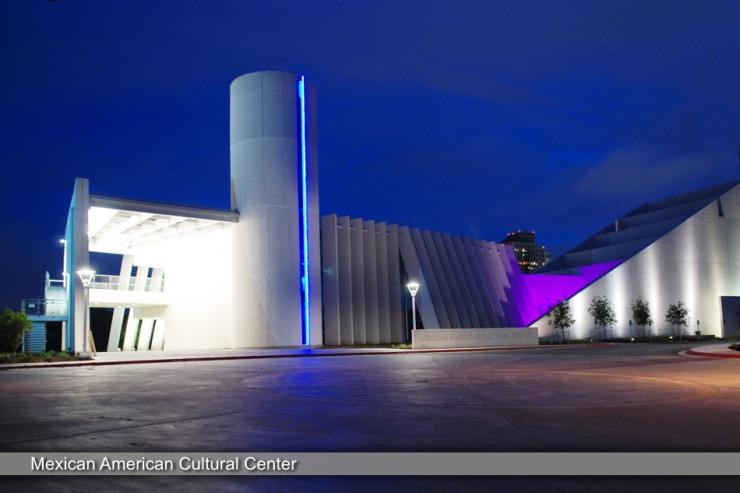 One resident company of the MACC, ALTA, has been in existence for over fifteen years. The company’s mission has recently changed, and it now works as a community of artists and volunteers to foster new Latina/o theatre talent in Austin. ALTA promotes collaborative productions among local and international artists. ALTA’s productions are typically written by Latin American playwrights, and produced in Spanish with English subtitles. One exception is their annual Pastorela. Conceived and directed by Patricio Villareal, La Pastorela 2013 engaged the Austin community in a way that is rarely experienced elsewhere in the City. At the end of the play, the young and young at heart pummeled a Satan piñata in a joyful community ritual.

As Austin continues to produce a diverse range of Latina/o stories in a variety of venues, we are hopeful that each company and artist gains more support and continues collaborations that engage deeply with the community.

Proyecto Teatro also typically produces work in Spanish. The company’s mission is “to preserve and promote the Latin-American culture through theatre, providing a source of transformative arts education and quality cultural entertainment.” Proyecto Teatro strives to offer theatre artists and audience members a space conducive to human development through the arts. Recently, Proyecto Teatro produced an original piece called Por Los Mojados, which was devised and performed by young people ages seven to seventeen, under the direction of the company’s executive and artistic director, Luis Armando Ordaz Gutiérrez. Combining visceral dialogue, contemporary dance, and comedic elements, Por Los Mojados showed the realities of border crossings from the youth perspective. Working as an ensemble, the young artists courageously implicated the US and Mexican governments in these violent experiences to put truthful narratives on stage. The production is set to tour to Los Angeles this fall. 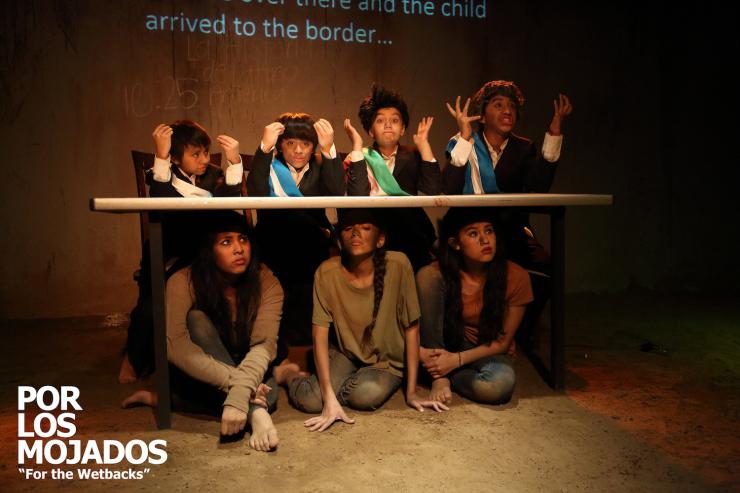 Teatro Vivo produces and promotes bilingual theatre, and strives to “nurture a window into the community to make theatre accessible to all audiences, especially those underserved in the arts.” Founded by Rupert Reyes and JoAnn Carreon Reyes, Teatro Vivo’s mission is to produce culturally relevant Latina/o theatre that addresses critical social issues such as colorism, citizenship, and cultural fluidity. Teatro Vivo serves the community by telling stories that positively reflect the Latina/o community and uniquely celebrates the vibrancy of the Latina/o culture. A highlight of Teatro Vivo’s season each year is the Austin Latina/o New Play Festival, produced by Teatro Vivo in collaboration with Scriptworks. Now in its fifth year, the 2015 festival featured three Texas playwrights, Andrew Valdez from Austin, Jelisa Jay Robinson from Houston, and Adriana Garcia from San Antonio. Each playwright was selected through a blind panel and then given over a month to work with a dramaturg and develop their play. The process included auditions, a week of rehearsal, and a staged reading at the MACC followed by a post-show discussion. Teatro Vivo always offers these discussions as a mode of community engagement through which audiences affect the shape that each new play takes. Based on what they have discovered throughout the festival, each of the playwrights has expressed their desire to continue their own play development process.

Educational institutions in Austin have also begun to produce more Latina/o theatre. The University of Texas at Austin Department of Theatre & Dance produced Esperanza Rising in 2015, though their 2014 production of In The Heights faced challenges of representation in casting which led to student protests. Austin Community College also recently produced GUAPA by Caridad Svich. The value of representation of Latina/o stories on the stage is trickling down to the high schools throughout the state. Edinburg High School’s production of Zoot Suit from the Rio Grande Valley landed at the UIL state meet at UT Austin a few years ago, a grand and influential state theatre festival competition. Donna High School brought their production of blu by Tejana playwright Virgina Grise to the state meet this year.

As Austin continues to produce a diverse range of Latina/o stories in a variety of venues, we are hopeful that each company and artist gains more support and continues collaborations that engage deeply with the community. In addition to the theatre companies and educational institutions producing Latina/o theatre, several independent artists known on the national Latina/o theatre scene call Austin home, like Amparo Garcia-Crow, Adrian Villegas, and Raul Garza. New work is consistently generated in Austin and spread throughout the nation.

Through a newly founded theatre collective in Austin, TIA: Teatro In Austin, we hope to continue the dialogue about how each of these works is in conversation with one another and with the current national Latina/o theatre community’s momentum. Austin Latina/o theatre companies and artists are tenacious and eager to share their stories with diverse audiences far and wide.

Thanks Roxanne and Emily! Even as an Austin artist, I didn't know much about a couple of these companies. As a teacher, I wonder how schools might interact with some of these companies or artists (particularly those who identify as Latina/o) to bring young people into performances or artistic experiences- perhaps to start garnering a culture of theatre attendance from youth, especially those who, as you mention, are not regularly represented on stage.

This is great work! I'd be curious to know more about how the independent artists fit into Latina/o theatre in Austin. Are these artists affiliated with any of the teatros? Where are they producing their work?

That's a great question, Trevor! I think most independent artists are associated with an organization or multiple organizations which produce work in-line with that artist's values and aesthetics.

Trevor, our company, Teatro Vivo does have an extended familia feel. We do not have company members and many people enjoy working with us and do so on a regular basis. They still work with other companies and we are thrilled by that as they get to grow and it fills the gap when we are not in production. Our latest production, El Nogalar has members from two other companies and it is their first time working with us. So many Latino theater artists are affiliated with non-Latino groups.

Yes, also, we only mention 3 artists in the blog (all writers). There are many more whose work is in different aspects of the theatre. Adrian Villegas was one mentioned. Adrian is a write of sketch comedy and his group the Latino Comedy Project was well loved through the 1990s into the 2000s. They were part of Teatro Humanidad. LCP is the one part of Teatro Humanidad that is still around but we don't see a lot of work from them currently. Of course, Amparo's plays are produced around the country. We haven't seen one of her works produced in Austin in several years. We also mentioned Raul Garza whose works have been produced by Teatro Vivo quite a bit. Not sure how many premieres of Raul's works have been done by TV--but several. Would love to see Raul's works in other parts of the country. Erica Saenz is also an Austin playwright, and there are many others. Yes, as Rupert mentions we see Latino/a actors on stages throughout Austin. Love that. TV also offers many opportunities to Latino/a designers, dramaturgs, directors, stage managers, etc.

In the last installment of the series, Briandaniel Oglesby reflects on his queer adaptation of Romeo and Juliet, and advocates for more queer-centered theatre made with and for young people.