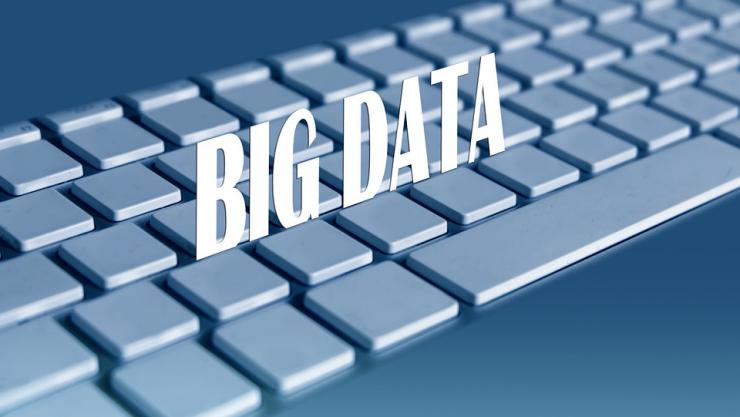 Raise your hands if you watched—and, like me and many others, really enjoyed—the new Netflix series House of Cards? Now keep your hands up if you knew you’d like the show before you watched it. No? Because Netflix sure did. They practically read our minds… by reading our data.

In point of fact, they looked at their database of 33 million subscribers, noted the wide overlap in viewing preferences among those interested in director David Fincher, star Kevin Spacey, and the British version of the series, and pulled the trigger on what they calculated would be a sure thing. (This New York Times piece covers the basics.) And their math, as we all now know, was rock solid.

Why don’t we do this in the theater?

Oh, right: because we can’t. We don’t have anywhere close to the right data yet. We have almost no data to look at whatsoever.

But what if we did? What if we had one nationwide open-access database that kept track of:

What if, when considering a play for a given audience, we might see how the same play (or plays by the same author, or plays in the same genre) sold with similar audiences? What if we could know with some degree of certainty that, say, a period piece featuring Director X was going to resonate with people, or that Actor Y reliably draws crowds when paired with Actor Z? You get the drift.

But perhaps you hate the drift, too. Perhaps you think programming a season by computer (that’s how you see it, right?) is a loathsome idea, or that it’s likely to be ineffective.

In your curmudgeon-ness, of course, you’d resemble nothing more than the folks who railed against the use of statistics in making baseball decisions (Moneyball) or predicting election results (fivethirtyeight), just to name two unrelated industries that have been transformed by big data. As well as the folks raking in the cash over at Netflix.

Analyzing data would let us give audiences, in other words, what they really want, not what they say they want. It would let us look at people’s cravings and aspirations and desires and select stories and artists to respond to them. It would make us much better at what we do.

Are you worried that art intended to engage people isn’t really art? That if we begin with the premise that our goal is to bring in a larger audience, we’re going to have to sink to some lowest common denominator of quality? I would say three things in response: 1) The American theater needs to grow its audience base, period. 2) Think of it not as “appealing to a larger audience” but as “serving more constituents. 3) Do you think House of Cards (or Orange Is the New Black, for that matter) is lowest-common-denominator storytelling? I don’t, myself, but your mileage might vary.

The common complaint issued against those who would try to give an audience what it wants, of course, is that an audience doesn’t know what it wants. That if you surveyed an average group of theatergoers, they’d pick their favorite shows and ask for more just like them: Death of a Salesman II.  But Netflix isn’t doing a survey of its subscribers, it’s examining their behavior… which (because we’re all human) often reveals more about people than a survey or conversation ever would: things they aren’t consciously aware of. Analyzing data would let us give audiences, in other words, what they really want, not what they say they want. It would let us look at people’s cravings and aspirations and desires and select stories and artists to respond to them. It would make us much better at what we do.

And really… isn’t this what we try to do already: program seasons that people are going to want to see, by taking a look at what we already did successfully and extrapolating forward? Big data would just be another information source we could call on when making decisions. The computers might recommend a play for next season, in other words, but we’ve still got to make human programming decisions.

The first human decision that has to be made, though, is to allocate the energy and resources necessary to build the sort of data backbone that would genuinely foster possibility in our sector: owned by no one (or by all of us), funded by foundations (probably), and stewarded by a yet-to-be-identified non-profit organization serving the common good of the American theater. If we did that, we could really give Netflix a run for its money… and start reading our audience members’ minds.

Lord help us if we're emulating cheesy entertainments like "House of Cards" which, despite a few artful performances (Robin Wright) is no better than a guilty pleasure. I enjoyed Orange/Black but John Steppling's incisive essay, "Varieties of White" has me thinking twice. (http://john-steppling.com/v... In general the notion that we should data mine and focus group our way to programming gives me the creeps. Why not just fire the artistic directors? Oh wait...

How about we don't fire anyone, but give people new information with which to make their decisions? To counter their natural impulses toward self-satisfaction (to wit: Polly Carl's current HowlRound essay) with other-centric data?

In a (very) limited way, we have this, and it has led to many Broadway musicals based on movies. I admit, some of these are good. On the other hand, data could be very useful for those who wish to create a theater work based on marketing data. The danger would be if we were limited to theater driven by marketing data and precluded new, off-the-wall ideas that might catch hold. (Should I compare that to the Steve Jobs approach?) And while I doubt that dependence on marketing data will ever impinge on a writer's passion to follow his or her inspiration to try something new, the danger that I see is that producers will rely almost exclusively on marketing data and that truly original ideas will languish. So what we need is a balance; has our culture shown that it can handle that well? Can it learn?

TRG Arts is already trying to start this process (though not with quite the level of data you are requesting) with regional projects called "community networks" (http://www.trgarts.com/What... like the Arts Boston Audience Initiative or the Seattle Cultural Resource Collective.

For some reason, your link isn't working. Very glad to hear about your project, though.

Ah, the close parenthesis got mucked in there. The link is:

Now that I see it... very interesting. Sort of a first step toward what I've proposed. But a necessary one! Well done.

Yea, in my mind it's a bit of infrastructure that TRG may or may not choose to build on. Ideally I'd like the data a little bit more out in the open/publicly funded, but that a consultancy is even bothering to make this service is cool!

This is definitely a resource that should, ideally, belong to the commons... but then again, that's what I think about almost every resource. :)

With Iyvon E. of The Parsnip Ship

Yura Sapi sits down with Iyvon E., artistic director of The Parsnip Ship, a podcast play company that amplifies bold artists for audiences who crave accessible stories and storytellers.

In envisioning of the future, Jared Mezzocchi begins by questioning: “What if theatre’s identity is not lost in the digital, but instead is enhanced in it?”

Miranda Wright doesn’t want to be pegged – not yet. The theatrical environment that she’s creating is both local and global—theater for a world that is simultaneously more connected and isolated, more expansive, more community-oriented, more lonely. More than anything, she’s concerned with the present moment.