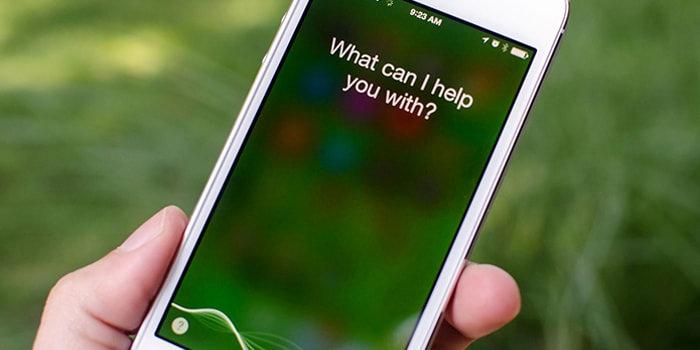 I happen to know one or two playwrights who still draft every new play, start to (almost) finish, by hand. One writes in Moleskin notebooks, the other on scrap paper—typically the backs of old printed scripts, which I find pleasantly archaeological, though I wonder whether it doesn’t occasionally get confusing. They both write longhand for several drafts, over and over again, and only type their work into a computer when they’re ready to share it with people. One of them, having digitized a play, does not go back to paper for revisions, but the other edits directly on printed scripts, too: pen-and-ink to the bitter end. It’s either dogged or loyal, or perhaps both. I also find it admirable… though I myself haven’t used pen-and-paper to write anything other than a grocery list, a quick note to my wife, or my signature on a check or a contract in about a decade.

What surprises me about these two friends, more than anything, is their age: they are both in their late 20s. I can understand an older writer, having grown up before the age of the personal computer, resisting the transition to digital tools; habits, after all, are hard to break. I can also understand romanticizing the past: I’m old enough myself to have used a manual typewriter to compose some of my early poems, and I keep an antique manual typewriter in my study as both an objet d’art and a pleasant reminder of how I used to work… but you couldn’t pay me to try to write a play on one now. My friends have never lived in a world that didn’t offer ubiquitous computing options, and they have intentionally chosen to use tools that are easily 150 years out of date. (The typewriter was invented in 1860; they started to turn electric around 1914; word processers and personal computers arrived in the 1980s. Final Draft—the software program that many playwrights use to make formatting and revisions easier—was released in 1991.) It’s as if they’ve chosen to travel largely by horse and buggy and place all their telephone calls on a rotary dial telephone.

But it’s not that simple, I know. Even a technophile like me understands that modernity doesn’t mean improvement, necessarily; newer is sometimes just different, rather than better. It’s perfectly reasonable to ask what we’ve lost (in addition to what we’ve gained) by moving from pen-and-paper writing to typewriting to word processing to Final Draft. Studies have shown that typewriting uses fewer areas of the brain than handwriting, for example, which is often cited as the reason that students still learn handwriting in school; are we letting important parts of our brains go dormant? There’s also no doubt that handwriting is slower than typing, which might result in a more considered, thoughtful creative process. Is it far-fetched to imagine our creative products are changing as a result? What sorts of changes might be happening? It’s hard to say; no rigorous studies, as far as I can tell, have been done.

The change from handwriting to typewriting seems minor to me, however, compared to the change that I think might be coming: from typewriting to speech recognition. Now that Siri and Google Now have begun to prove the speech-to-text concept for the broad American public, it can only be a matter of time before every new laptop comes equipped with similar software. When it does, I wonder… Will playwrights use it? And what would it mean if they did?

With either handwriting OR typewriting, we writers are called upon to hear different voices in our heads—I use the word “hear” carefully, because of course it’s our own mind to which we are listening—and transcribe them with our hands, using either a pen or a keyboard. The speech centers of our brains need never be activated, oddly, because (believe it or not) speech and writing are located in different hemispheres. If we start using our voices to write, however, instead of either a pen or a keyboard, we will be invoking that speech center in a new way… and I think it’s safe to say that we have no idea what that might do either to our creative processes or to our end product.

What if you wanted to write a character who spoke with an accent different from your own? Or with a different speech pattern? Would you do your best to approximate the voice you’re going for, then fix the results on screen with a keyboard? (That step is probably going to be necessary for a long time, given the likely persistent imperfections of speech recognition software.) Would you feel the need to train yourself as an actor, somehow, to expand the range of possibilities you could easily create?

How do you think it might affect you psychologically to speak, aloud, in different voices? Before you answer “not at all,” on the assumption that it wouldn’t be any different than typing or handwriting in different voices, consider the fact that in using a different part of your brain, you might trigger new depths of emotion while working. Or you might find yourself blocked in some way: less able to speak freely, perhaps, than you were to type or write. It’s really hard to know, isn’t it? But if speech recognition software keeps maturing at the same rate, we’ll have a chance to find out soon enough.

I always start on paper, usually Inez cards. I get too obsessed with details and order when I'm typing, and lose my flow.

It took me years to realize that I needed to start on paper.

I'm in my 30s and I write long hand in a notebook or on loose leaf in a 3 ring binder. I took piano lessons for ten years yet composing on the keyboard is anathema to me.

Very interesting. I've thought about this many times, and still feel like when all the new kids only create their plays with speech recognition, I'll probably still be typing. What you bring up about writing and speaking using different parts of the brain seems especially relevant. When I'm writing, it's not quite listening to "the inner voices" because the delay is so short--I'm typing as I'm hearing/thinking, rather than hearing an entire line or phrase and then typing it, which is what I'd have to do if I were actually listening to someone. Or perhaps even listening to myself. (I'm a pretty fast typist, and can type about as fast as I can think, and almost as fast as I can talk.) The old adage, "you can't listen if you're talking" might come into play here. I always go back and read what I write aloud, but that's not the same as the initial creation. I have sometimes used a digital recorder to take notes, both for plays and novels, but oddly, it's the notes for the novels that are more likely to be used directly in the text than the notes for plays.

But as you say, most of us have never even tried working this way. Maybe I'll end up trying it and it'll be useful.

One more quick thing--my son has some serious learning disabilities, and handwriting is super tough for him. We found that having him type his homework ends up yield much better results, for exactly the reason you pointed out--the brain processes required are actually simpler, so he doesn't get caught up in the eye-hand issues that end up keeping him from actually thinking about what he's trying to write. It may be that since all writers have brains that are wired slightly differently, that we each have a natural writing preference that's best suited for our own brains. So for some people, handwriting will make the most sense, for many typing is best. And for others, for whom typing or writing is awkward, it may be that voice recognition ends up removing a critical pathway that has been a major block to creation. It might unlock a whole host of new writers.

(Speaking of useful technological tools--have you tried using a LiveScribe pen for readings or shows? I wrote something about in HowlRound ages ago--super useful tool for combining audio and notes and text.)

I definitely think there's something to what you say about every artist's brain needing its own tools. (We all prefer different environments, too.) So some (many?) may never move to speech recognition software. But I'm interested to see what happens to those who do. (I understand that there are already artists working this way, incidentally... but I don't think the numbers are high enough to start to derive generalizations; I may be mistaken.) It seems likely to me that there will be unintended consequences... both positive and negative.

With Denmo Ibrahim and Sarah Fahmy

Artistic identities can be complicated, and many theatremakers work equally within two or more disciplines simultaneously. The most interesting work is rarely created in a vacuum. These multidisciplinary artists create diverse projects in all senses of the word, broadening our idea of what theatre can and should be. Today, two such multihyphenate artists, Denmo Ibrahim and Sarah Fahmy, converse about their multiple identities, how they reconcile and manage their myriad expertise, and the role of multihyphenate artists in today’s theatre landscape.

Jacob Juntunen shares how the MFA playwriting program at Southern Illinois University in Carbondale adapted their new play festival for the online world and how open-access software and streaming platforms helped students at the rural school transcend geography.

Edward Einhorn talks about adapting his play Performance for One into an online experience.