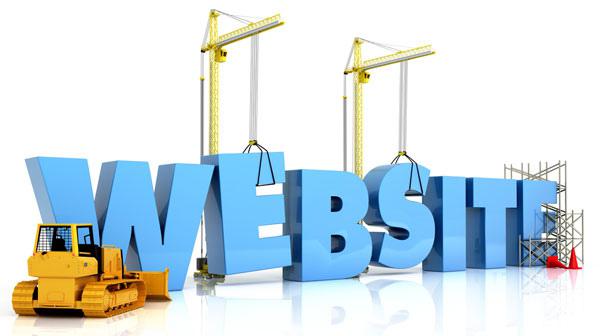 I thought this month that we really ought to go back to basics.

I’ve been spending a ton of time recently looking at the websites of about fifty theater companies in the DC region (where I live). I’ve examined the digital presences of the biggest organizations in town AND the barely-there, just-born ragtag groups producing their first plays. Along the way, I’ve seen everything from large-scale sites built on enterprise-level technical platforms to small template-driven WordPress sites, and I came away thinking… well, that we’ve all got room for improvement.

I suspect you may agree with me.

(A bit about my background: for as long as there’s been an internet, pretty much, I’ve been working on it. I’ve led and consulted on web projects for some of the largest and most visible non-profit organizations in the country… as well as for a ton of tiny save-the-world-on-a-shoestring groups. Landscape analyses of multiple websites in a given sector have been a regular part of my work for more than a decade and a half. I enjoy them.)

Before I start being critical, though, I want to note one thing I think we’re generally doing better than the rest of the non-profit sector: aesthetics. No, not every site in the cohort I examined was beautiful, but many of them seemed to reflect, broadly-speaking, the brands of the companies they represented. I don’t want to over-state the case here; the sites I looked at fell at about the midpoint between “slick corporate” and “drab government.” But the bar for success in the non-profit sector isn’t high, and the theaters I looked at (mostly) cleared it.

It makes sense to me that we scored highest on aesthetics: from layout to color palette to typography, we excelled. We’re not strangers to design, after all; it’s a key component of what we do. But another part of what we do is storytelling, and that’s where the sites I looked at seemed to fare worst.

Storytelling in the digital age is a complex task. On the web, we need to embrace a more interactive version of storytelling than we embrace on our stages. Consumers of content on the web create their own narratives by the click-choices they make, moving from site to site, task to task, consuming and creating alternately. They aren’t passive. Too many of our websites seem to be constructed as if we’re going to talk to people; on the web, though, we need to talk with them, which is a lot more complicated.

On the web, we need to embrace a more interactive version of storytelling than we embrace on our stages... Too many of our websites seem to be constructed as if we’re going to talk to people; on the web, though, we need to talk with them

There are three “categories” of stories we ought to be enabling on our websites: transactional, informational, and creative. Each of these deserves separate attention.

The transactional stories people want to tell with us are perhaps straightforward. The most obvious, perhaps, is ticket-buying: “I came to your site, I found the show I wanted, I learned more about it, I chose a date, and I bought a ticket.” You can imagine the others: donating, visit-planning, contacting. This sort of story can unfold in myriad ways, and it’s critically-important that whatever way you choose, you get it right. Transactional stories are about efficiency and simplicity: fastest to the end of the process wins. Do we do this well? I’d give the cohort I examined a B-. (Individual grades ranged from A to F.) There were difficult-to-find links, information gaps, too many clicks to get places: classic missteps, all of them. We can do better.

The informational stories people want to tell are also straightforward. These are stories that do actually adhere to a more traditional “We talk, you listen” model: the kinds of things we usually tuck under an About the Theater heading or into a News section. In my estimation, we pay both too little AND too much attention to our informational stories. Too little in that we don’t craft them carefully enough; the writing—from our mission statements to our staff bios—seems boilerplate and perfunctory, rather than genuinely engaging. Too much in that we make the links to this sort of content overly prominent. These are typically parts of our site that visitors find and read once, then never return to, so for most companies, they can be slightly tucked aside. Overall grade here for the cohort: B- again.

The creative stories people want to tell? We pretty much aren’t helping people tell them at all, and most of us—from the looks of our websites—aren’t even aware that people might want to tell them. (I’ll get the grade out of the way up front: F.) What are these stories? Different ways of interacting with the narratives we’re putting on our stages. Different ways we can invite our audience to have a voice in the work we do or to participate in conversations about the work. We do painfully little of this sort of transmedia storytelling… and if we did, we’d be able to engage with our audiences even when they’re not in our theaters. It’s a missed opportunity.

(I’m talking about far more than comments on our blog posts, incidentally, or “Yelp-like” reviews of our plays. I’ll have to write a future post to elucidate some of the possibilities.)

Building and maintaining a smart website is costly and difficult. The more we do it, however, the more capable and welcoming and in-command we’ll seem to our audiences. The more we do it, the more likely we’ll be to deepen our engagement with people, rather than whisk them in and whisk them out again when the show’s over. I know that for many of us, web communication still feels extraneous to the business of producing art: a chore to be completed (or, all too often, neglected). But it’s not extraneous anymore. To a very real extent, communicating via the web is the business, or part of it. It can only be neglected at our peril.

Slight tech error on earlier post (which seems appropriate somehow) so hope this doesn't post twice:This is a topic that's been on my mind a lot lately. I think our website is pretty good, but it's also starting to get more cluttered. Trying to walk that line between helping the viewer easily get to where they want to go, but also encourage them to visit other pages to learn more about us. Thanks for taking on the topic - I look forward to reading more!

It's very important to balance what THEY want with what YOU want. The more you can focus on the former, the better off you'll be. Every time.

This is stimulating-- for personal sites, as well. Thanks, G..

"Different ways of interacting with the narratives we’re putting on our stages. Different ways we can invite our audience to have a voice in the work we do or to participate in conversations about the work. We do painfully little of this sort of transmedia storytelling… and if we did, we’d be able to engage with our audiences even when they’re not in our theaters. It’s a missed opportunity." This is exciting stuff. Lots of possibilities.

Thanks, Jenny! I'm excited to write about a few of them.

I'm trying to work on this in my tiny piece of the universe. My Fringe show is about food -- a topic that's a pretty good conversation starter. I'm playing around with different platforms but I have to learn as I go. I can only ask so much of my IT person (aka husband).

Playing around and learning as we go is, I think, exactly the spirit we need. As with our non-technological creativity, so with our techne. Good luck!

With Iyvon E. of The Parsnip Ship

Yura Sapi sits down with Iyvon E., artistic director of The Parsnip Ship, a podcast play company that amplifies bold artists for audiences who crave accessible stories and storytellers.

In envisioning of the future, Jared Mezzocchi begins by questioning: “What if theatre’s identity is not lost in the digital, but instead is enhanced in it?”

Miranda Wright doesn’t want to be pegged – not yet. The theatrical environment that she’s creating is both local and global—theater for a world that is simultaneously more connected and isolated, more expansive, more community-oriented, more lonely. More than anything, she’s concerned with the present moment.