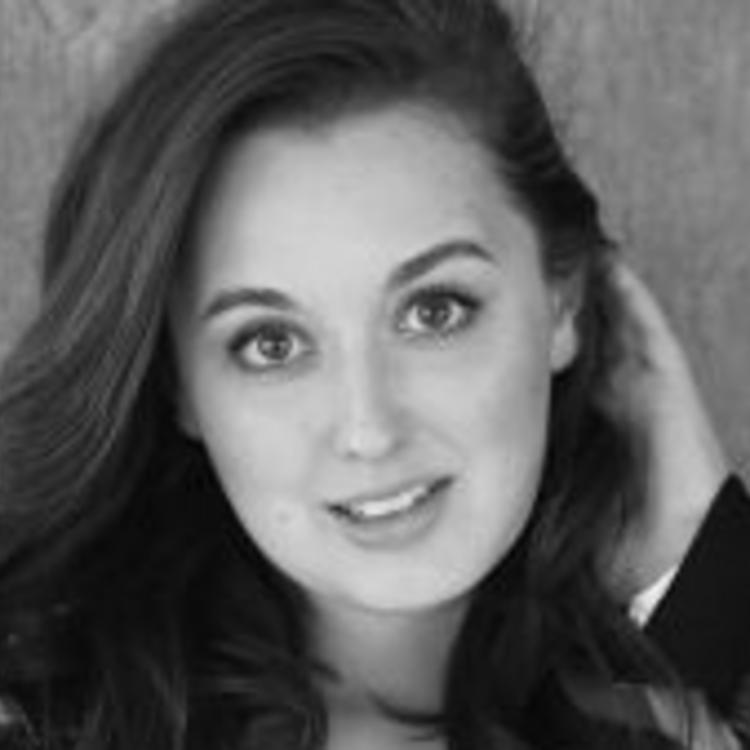 “Too Big and Not Big Enough”

“You’re just not big enough” the casting director informed me. This was the moment I had prepared for. I have always been “plus-sized” but I knew that I would be able to play the iconic plus-size role Tracy Turnblad from Hairspray. When I got to the big audition and the casting director said, “You aren’t big enough,” I was shocked and confused. I had accepted the fact that I wasn’t going to play the standard leadings ladies, but this was the role I could play. I was prepared for this and ready to shake my curves to you can’t stop the beat! I left that audition with the thought: “If I am “too big” for most other roles and now “not big enough” for this role, what the hell am I?” It was then that I realized this hushed code of performance standards. Everyone wants to see a performer who is thin, or fit, or on the flip side a performer who is extremely overweight and comical. I found that no one wanted to watch a normal, average height or average weight performer in front of them. Was no one interested in the middle man, or woman?

Luckily, I have been blessed to perform in other roles, but I’ve always felt stuck in this middle ground of body expectations. Over the years, I have come to find that some of my fellow colleagues have faced this problem as well. They were always too short, or not short enough. They were too thin or too big, but where does it end? Stephanie Mallick, a plus-size model, shared her experience with society’s “body standards” in an e-mail interview with me:

I remember I was the audition proctor helping out a touring company in NYC, fresh out of college, and I overhead the conversation the company was having about the actresses. They were concerned that the girl they wanted to pick, though talented, may not fit into the costumes they already had for the show. I had encountered something similar to this when a local community theatre asked my size before being able to offer me a role. Both of those two instances stuck with me early in my career because no matter how talented you are, it can come down to whether or not they have enough fabric for you.

In this industry there is a clear set of basic standards of height and weight, but really it all comes down to the financial aspect. There is this idea that if you are certain weight that a) you won’t fit in a costume or b) you don’t meet the expectations of the role—i.e. dancing or movement, or even the look of the stage. Of course this is not just in theatre, but film and other elements of the entertainment industry, including modeling for fashion.

I also had the privilege of working with local New York designer Mallorie Dunn and discussing her controversial and unique line SmartGlamour in an e-mail. She remarked:

I have a platform with my company and I use it to highlight bodies that are different from my own. To create accurate representations of women and femmes in the media. To create accurate representations on a fashion runway. To make clothing accessible to all bodies—no matter what. To insist that there is no certain shape for certain body shape—all clothes are for all people. To insist that women and femme's appearances and bodies are not on Earth for others' consumption. We do not need to appear flattering, or shrink ourselves for the benefit of others.

Mallorie’s platform stems from a movement that has taken the world by storm, the body positive movement. The movement stems from promoting positive and affirming ideas about body image and breaking these society’s ideas of a “perfect body.” As an advocate for this movement, I have already seen its effects find its way into mainstream media, including fashion. However, I have yet to find a real strong voice for this movement in the theatre community.

The theatre has always been a second home for me, but how can it truly feel like home when I am not truly represented? Should I be forced to gain more weight to fill roles? Or forced to lose an incredible amount of weight because society prefers me that way?

How can we combat these so-called standards? How can we promote them through theatre and still sell tickets? I believe expanding the representation of more people and promoting the ideas of the body positive movement throughout our daily lives could get us one step closer. We could connect performances to people’s humanity and lives rather than emphasize their physical appearance. Where do we start though? I spoke with Jaden Richards, a representative from Blink Fitness and an active member, via e-mail. Blink Fitness recently launched a national campaign entitled “Every Body Happy” in which Jaden was a finalist. The campaign focuses on real people, who are real members of their gyms and not hired models. Jaden claims:

Seeing so many different body types in the Blink Fitness ads is wonderful, and I am not just saying that because I am in it. I believe if people were to see more ads like that it would make them feel more comfortable and accepting of being where there are at and encourage them to take steps for themselves to be healthier mentally and spiritually, and not just physically. People of different shapes and sizes can still be healthy. They may not fit the mold that many of these ads and the media perceive and promote. Because of that our social standard is very oriented to defined and bulging muscle, thigh gaps, no imperfections like stretch marks, all of which to the average person come across as normal when in reality it’s the opposite. If there is more visibility in the fact that people without these cookie cutter body types can be just as happy and healthy as those that fit the societal mold then I am more for that kind of visibility in ads and media.

The theatre has always been a second home for me, but how can it truly feel like home when I am not truly represented? Should I be forced to gain more weight to fill roles? Or forced to lose an incredible amount of weight because society prefers me that way? I have found that even members of the body positive movement have reprimanded me because I am not “big enough” to be considered as a body positive activist. Well, isn’t that missing the point of this movement? Model Stephanie Mallick once said:

I think we as performers, actors, artists, models etc. just need to keep being out there and being heard. We have to go after all of the roles and not let anything hold us back from showing that we are thriving, talented, worthy and not in spite of our bodies but because we are more than a body and we will show you all that we can do!

There will always be critics, and roles that don’t fit, but it shouldn’t be because of someone else’s standards on your own body. As we speak out and share our stories, then we can start seeing a larger representation especially on the stage.

Thanks for writing this piece and sharing your experience. It's really important to pull back the curtain on what goes on in audition rooms and casting calls.

I'm currently researching this very topic for my dissertation and interested in experiences where the casting process reveals the stigma around bodily difference. More info here: https://broadwaybodies.comm...

This is part of the reason I don't audition much anymore. I grew up with the message I got from auditions and seeing shows that if you're fat, no one will believe that someone would love you and no one wants to watch a story where you win. I was always relegated to being the bad guy, the comic relief or the side character. The more I learn to love myself and my body, the less I can stomach being a part of shows that treat me like I have less value than my thinner counterparts. I can't be a part of allowing people to use my body to reinforce these antiquated standards Now I make my own work or I work for companies for whom my talent and technique are valued more than my waistline.

Ugh...too real. I will never forget the audition workshop where, after singing, the instructor asked: "How are you reconciling your voice with your body type? They don't match. You need to lose 20 pounds to play the roles you vocally match, or GAIN 20 pounds and be a character actress."

that says it all, don't it.

Very much like my aspiration to play Belle in Beauty and the Beast! It's hurting me so!

Is the focus on weight, height, looks,etc. in acting just for women?

Yes. Look at the variety and AGE of men who are chosen for leading roles. The pressure is much less for men, and the standards are less rigorous.

And some African American women have been told they're not "Black enough".

How about MENOPAUSE THE MUSICAL? G-FOUR TOURING COMPANY seems to hire women of all weights and heights for that show. That seems to be central to its message and part of the fun of attending It.