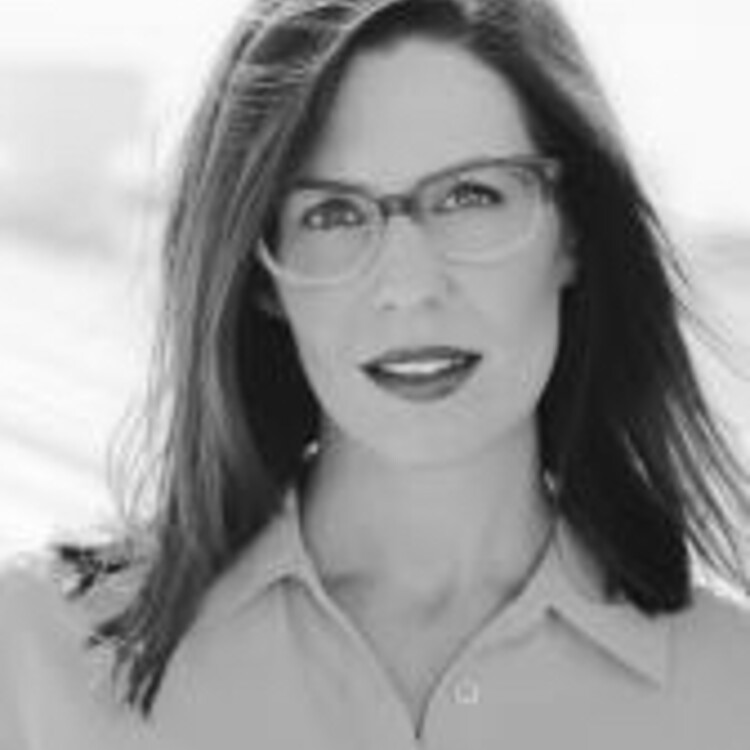 We Are Not a Mirror

Theatre Must Lead with Women’s Stories

Here’s the thing—theatre should lead culture, not follow it. If the theatre we are making today solely reflects society, then we’re failing it. We are not a mirror, we are a lens. We see what’s coming, we embody it, we catalyze it, and we make the better future happen because we tell its story first. Or we should.

Generally, a third of the roles go to female actors versus male. Twenty percent of plays produced are by women versus men. Only six women have ever won the Tony for directing.

Now, are we story-telling artists catalyzing a better world, or are we tractors hauling the old guard forward? Are we defining our age or merely maintaining the status quo?

I’m not saying all theatre needs to address this issue, and if it does, that it be with serious, frowning faces. Feminism can be fun, funny, heart-warming, thrilling, suspenseful, and poetic. We needn’t be righteous to be right. We can still have fun, and entertain, and do the great old plays of yore. But for the love of god, if theatre’s stats on women are as bad as the US Congress’s, then we are not doing our art right.*

This is happening in London theatre too, as this article from The Guardian presents:

This failure to represent women, argued the actor, writer and director Stella Duffy, was deeply entwined with society’s wider failure to put women’s voices on an equal footing with men’s. A sense of responsibility to the world was, she said, being ducked—particularly by our larger national stages. In an impassioned blog post, she wrote: “When we do not see ourselves on stage we are reminded, yet again, that the people running our world (count the women in the front benches if you are at all unsure) do not notice when we are not there. That they think men (and yes, white, middle-class, middle-aged, able-bodied men at that) are all we need to see.

What Can We Do?
We can ask ourselves these questions while doing season planning:

Then count. If the numbers don’t look fair, it’s probably not fair. And theatre is better than that.

Some theatres are already proving to be better than that. I’ll use my community in San Francisco as an example. Shotgun Players in Berkeley is planning an all-female-written season in 2015; Symmetry Theatre won the 50/50 Applause Award from the International Centre for Women Playwrights for its work consistently producing plays with gender parity in casting; TheatreWorks in Silicon Valley announced a season with more roles for women than men, Crowded Fire reaches parity in almost every category (women directors, writers, and actors; the theatre’s staff is four women and one man). And recently, a new group of excited female theatre practitioners has sprung up called “Yeah, I Said Feminist,” started by Fontana Butterfield Guzman, to rally behind female-positive productions. Good news, friends. Good news.

If the theatre we are making today solely reflects society, then we’re failing it. We are not a mirror, we are a lens.

And we need good news. Because the world is already unfair to women in business leadership, political representation, sexual predation, dismissiveness of ability, sexualization, and equal pay—and, in some countries, the right to vote, to have property, to go to school, and to not die at the hands of virginity-obsessed male family members.

This is so well written, Thank you for getting this conversation cooking. I am with a group called Women Stage the World.

This is so well written, Thank you for getting this conversation cooking. I am with a group called Women Stage the World. We dress up as theater women from the past and do actions to raise awareness for women's voices being heard and supported. Our next event in a parade, Suffragette style, through the NYC Broadway theater district on June 11th at curtain time. All are welcome to join us. (http://WomenStagetheWorld.org for info)

Lauren, thank you for articulating and writing in a wide forum what I've been talking about for years! Sarah Rasmussen and I had this very conversation just today. Amen! Indeed! Leading, not following! And I hope our paths cross some day so I can thank you in person.

Lauren, this is a wonderful post. As my career is just starting to show signs of movement, I am trying to put my beliefs about gender parity into action. I started a theater collective in Queens, NYC, and three of the founders are women. Of our newly launched writer's group, 5 of the 7 writers are women. Both of the play readings we have had so far? Women! We were shooting for 50/50, but overall the plays we got from women were just better.

My hope is that one day we will all just be called "playwrights", and will be on a level playing field. Until then, we have to fight for it.

Thanks for the great comments, all!

I think it's just as important for writers (men and women) to be tough on themselves when writing. How many roles are you writing for women? Do you always end up writing a female protagonist surrounded by male characters? Does your play fail the Bechdel Test?

This doesn't mean that you're a bad feminist (or playwright!) if you write plays with more men in them, or plays about squishey hetero love stories (I'm a big fan of love stories), or with scenes of women talking about the men in their lives. But check yourself. Know yourself. And if that's not the kind of writer you want to be then challenge yourself to write an all-female cast, or a parity in your shows, or "does this character need to be a man, or do i just assume it should be"?

Write the world you want to see. Which can be some GREAT theatre for everyone.

One more question: does a male actor need to play this male character?

Yes. Hit the nail on the head. I am now doing a play for women after being a woman for 66 years.

Yes, yes, yes. Thank you, well said. We need to continue to bring this to the season planners, and as audience members decline to support theaters that chose (without admitting it) to be men’s theaters. But what else can we do as playwrights? I mean, of course, we send our plays out, and thus create the opportunity for theaters to chose plays by women. We can recommend plays by women when asked for recommendations. When I teach, I assign at least as many plays by women, without commenting on their gender (this past semester for one class I assigned 80% of plays by women, purely by accident – or was it that unconscious bias that so often works the other way?) in hopes of influencing the next generation. I write female protagonists, and aim for parity of casting in my work.

But pitfalls lurk. I have just found myself the sole woman playwright in a season of five plays. All the other plays are written by men (though one of them – as is widely known – writes under a female pseudonym) and all five directors are men. It was made clear to me that my play was included because of the advocacy of a male director. I love and respect him, but I would have chosen a woman, if I had felt I had a choice. Our design team, happily, is 50/50. Still. What’s my obligation? All I can see to do is take advantage of being in their midst, to open the question, drive home the point, and maybe open some doors in their next season.What would you do, in a similar situation?

You're so right, Lauren, because if the theatre leadership doesn't count, others will do it for them. Because... people can count.

"If the numbers don't look fair, it's probably not fair." Say it again, say it again, say it again. I've been looked in the face, by another woman, a woman with some measure of decision-making power at a small theater, and told "I just pick the best plays." Which are all by men. Some of us (women) have been too well trained by this "man's world" attitude to see all the great work right in front of them. I've also been told by decision makers that they don't want to be "bean counters." I don't think people realize how arrogant that attitude is. You don't want to be a bean counter? You can't be bothered to look at YOUR OWN SEASON and see who you're hiring? That's too tiring? Too menial? Beneath you? That kind of unconsciousness is not artistic, is not intelligent, and is really not defensible. "If the numbers don't look fair, it's probably not fair." But some in our field turn their noses up at numbers and the people who use numbers.

Four out of the five plays in Steppenwolf's 2013-14 season are by contemporary women playwrights. A good step. http://www.steppenwolf.org/...

"put away the mirror - take out the lens!" thank you ms. gunderson

Lauren - thank you for writing so firmly and eloquently about theater's highest purpose and the need for women (in all quarters) to be viewed first as human beings whose stories are relevant to all of society.

Thank you Lauren for outlining so simply and clearly how theatre and theatre artists can lead on this issue. It's simple. If there's a will there's a way, which we see in action with Shotgun announcing that their 2015 season will feature all women playwrights.

If talk were enough, gender parity wouldn't be an issue. That's why I'm glad to see Lauren urging theatres to count. I'm a big believer in the counting part of the equation. You can't argue with numbers. And it's only in counting and tracking our own progress that we see the patterns we've allowed ourselves to fall into (patterns that often make our work easier, but also often restrict access to new and alternative voices), see the disparity, and then aspire to do better.

And counting is easy. We can all do it. playwrights can tally the breakdown of their cast lists and theatres can count (Playwrights, Directors, Actors, Designers) when they're developing a season.