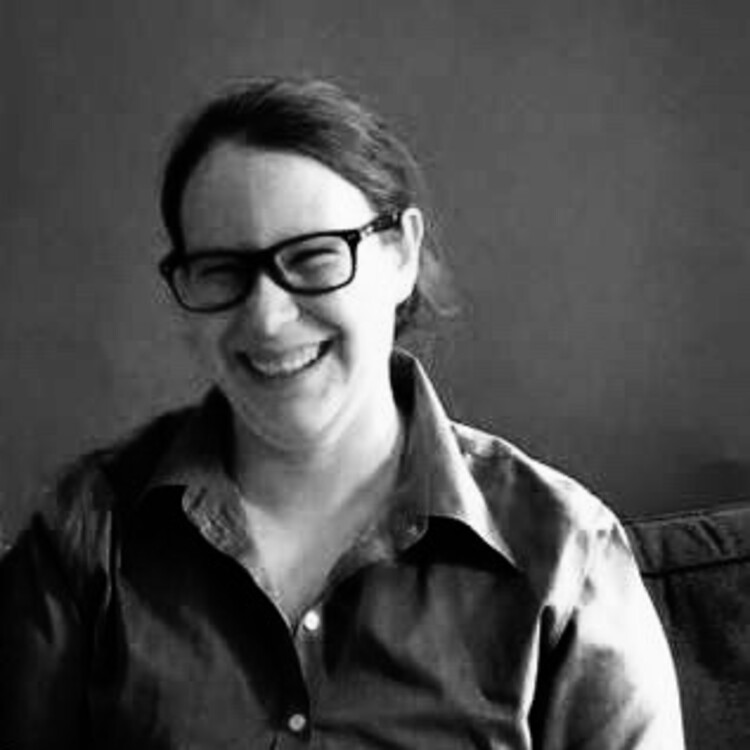 “We're Not Learning History...We're Living it

” Underground Railroad Game and the Resurgence of the History Play

Anyone that knows me knows that I hate audience participation. My days of eagerly volunteering to go on stage (as either an actor or a participant) faded around the time UFO pants were still popular. Underground Railroad Game, which just had its New York premiere at Ars Nova, created by Jennifer Kidwell and Scott Sheppard with Philadelphia based physical theatre company Lighting Rod Special in their first collaboration with the New York theatre, uses audience participation to increase the impact of its mission: to explore the ways in which we can and cannot talk about, teach, and live our complex racial history. The seventy-five-minute show—seemingly designed to mimic a middle school class period—is based around a game that Sheppard played as a child to teach children about the difficult topic of the American Civil War, slavery, and it’s “silver lining,” the Underground Railroad. This riveting play rockets between the lessons that Teacher Caroline (Jennifer Kidwell) and Teacher Stuart (Scott Sheppard) demonstrate to the audience, playing the role of middle school students, as well as exploring the developing romantic relationship between the two. The teachers’ romance starts off sweet—with an extended dance scene, straight out of a mid-century Hollywood love-story—and ends up sour. All the violence that has been stripped from their milquetoast history lessons is displaced into their relationship. The connection between the history that they deliberately paper over and the resulting change in their relationship is clear, and made especially apparent in the moments where their lessons dissolve into seduction scenes. The lines between these two different worlds are deftly drawn and navigated by director Taibi Magar, aided in no little part by the evocative production design by Oona Curley (Lighting) and Mikaal Sulaiman (Sound). We can see this navigation when Teacher Stuart—in his confederate battle hat, takes the students into the past, and interviews a real slave, Miss Annabelle, who stands larger than life and dominates the stage in a huge hoop skirt. The interview, however, shifts when Miss Annabelle turns the tables and starts to interview Stuart, seducing him in the guise of a succoring mammy figure.

While Underground Railroad Game is the clearest example of this discussion about what American culture's relationship with history should be, it is actually a part of a larger moment, in which history plays are having a resurgence on American (and especially New York) stages.

But I’m getting ahead of myself. Back to the audience participation. One of the reasons why this play works so well is that it recreates the universal middle school experience—teachers stop and stare out into the audience, calling on specific children, and waiting for quiet. The set, designed by Steven Dufala, mimics the budget of middle school teachers—the barn that is the scene of the opening vignette is revealed to be made out of cardboard in the light, for example—and does a massive amount of work establishing the tenor of the play. But more than drudging up memories of endless assemblies, the audience participation becomes most acute when Stuart and Caroline divide up the audience into teams—Union and Confederate—each audience member assigned a blue or gray toy soldier, while explaining the rules of the game. Both teams can accrue points by participating in typical middle school activities that occur offstage fictionally, the way that the students can gain the greatest number of points is by participating in their version of the Underground Railroad. The Union soldiers are tasked with moving the slaves—represented by black dolls and hand puppets—from one fifth grade classroom “safe-house” to another, until they reach “Canada,” while the Confederate soldiers have the authority to stop their classmates and search them. Teacher Stuart, in his basketball playing, cool guy persona, makes this situation even more uncomfortable, fiddling with a doll, smacking it into his hands, and shooting it  into a box marked “safe house,” as he explains the rules of the game, divorcing the object from what it represents.

When I first saw Underground Railroad Game, I was a union soldier, and I wholeheartedly raised my tiny blue toy up in the air, cheering when Teacher Caroline instructed us to. When I saw it the second time, I was a confederate soldier. Although I had hoped for this outcome (after all, what’s the point of seeing a show twice if you have the same experience?), I found myself distinctly uncomfortable the second time around. When Teacher Stuart asked us to raise our soldiers into the air, or Teacher Caroline praised our efforts at catching slaves (“Good going, grays!”) I wanted to sink into my chair. I in no way wanted to be associated with the confederacy and its stars and bars which was raised on a flag pole right next to my seat. While Teacher Caroline and Teacher Stuart used several other methods to contextualize the history for students—including performing a skit about a slave escaping on the Underground Railroad and finding help with a kindly Amish stationmaster outside of Hanover, which localized the history for the fictional students—none work as decisively as the interpolation of the audience. This type of work fits right at home at Ars Nova, one of the most important independent theatres in New York. Not only are they dedicated to producing new, and genre-bending work, but they have a history of engaging with, well, history. In 2015, in collaboration with Soho Repertory Theatre, Ars Nova produced Futurity, a musical about how the past imagines the present, with songs by The Lisps.

Using all the tools of theatre, Underground Railroad Game interrogates the way we view and teach history, involving the audience in a necessary conversation.

The activities that the two teachers create for their students expose how this violent history can be sanitized for consumption by children. While it is equally important not to fetishize the violence inherent in the practice—the kind that can be seen in films such as The Birth of a Nation (2016), 12 Years a Slave (2013), Django Unchained (2012)—it is abhorrent to strip all the violence and danger, instead amplifying, as the program writes “noble and uplifting narratives,” attempting to “make systemic exploitation, degradation, and objectification palatable.” Using all the tools of theatre, Underground Railroad Game interrogates the way we view and teach history, involving the audience in a necessary conversation. Stuart and Caroline—or is it Kidwell and Sheppard?—model this conversation in a quiet moment. The two discuss what they’re actually doing, whether they are, as Stuart asserts, “moving history forward” and “making progress” or, is it, as Caroline says “reveling in the past.”

While Underground Railroad Game is the clearest example of this discussion about what American culture's relationship with history should be, it is actually a part of a larger moment, in which history plays are having a resurgence on American (and especially New York) stages. In the last four years, there has been an upswing of plays that interrogate historical narratives in multiple ways. This conversation is happening at all levels of the theatre establishment: from the smaller Off-Broadway houses that align more with the Avant-Garde, to the big, bold lights of Broadway. No matter where the conversation is occurring, it is clear that theatremakers are thinking through new ways of using the art-form to interrogate our sense of self and our place in the world.

The history play has a surprisingly long history on the American stage—from John Burke’s Bunker-Hill (1797) to August Wilson's Pittsburgh Cycle (1984-2005), and it has often been the location for thinking through questions of nationhood and race. However, in recent years—especially with The Oregon Shakespeare’s Festival’s ongoing American Revolutions cycle—there has been an increase in plays that interrogate how we think about history, and use theatrical tools to do it. Jackie Sibblies Drury’s We Are Proud to Present a Presentation About the Herero of Namibia, Formerly Known as Southwest Africa, From the German Sudwestafrika, Between the Years 1884-1915 at Soho Repertory Theatre (2012) most directly interrogated the relationship between  theatre and history, as it followed a group of actors as they attempt to devise a piece about the Herero genocide in Namibia, seeking answers to problems such as how they could tell a story about a genocide whose only records are the records of the victors. This same theatre saw the premiere of Branden Jacobs-Jenkins An Octoroon (2014) which attempted to resurrect a canonical American melodrama, and in the process, tested the audience's understanding of how the past really works (by placing the past and the present into conversation, representing the past in terms of the present). Both of these plays simultaneously highlight how theatre can help or hinder the exploration of history. Qui Nguyen's Vietgone (2016) asks its audience to reconsider the legacy of the Vietnam war, and how we should represent the past.

I would be remiss, of course, if I didn’t mention the multimillion dollar elephant in the room, Hamilton, which has been the subject of several excellent critiques both here, and elsewhere. It is almost impossible to think about history, narrative, and even education without speaking about this multi-Tony award-winning phenomenon. This is especially important as the musical’s producers have joined together with the Gilder Lehrman Institute and the Rockefeller Foundation to create lesson plans, and help New York students see the musical for a much reduced price, and in true Hamilton fashion, they even have a hashtag: #EduHam. And while Hamilton—and for that matter, Allegiance, the Les Mis style musical about the Japanese Internment Camps—both use their shows as platforms to spark discussions, Underground Railroad Game is the only one to include questions of pedagogy and history in its very fabric. The play forces us to ask us whether we want to rewrite or reaffirm our history, and like all good teachers, doesn't give us the answer.