Recommended
Devising Our Future
HowlRound Theatre Commons
Most Discussed
A Collective Call Against Critical Bias
Critical Mass
Most Watched
The Gathering from the CrossCurrents Festival
Wednesday 4 May to Saturday 7 May 2022
Upcoming
Livestreaming a Conversation: #DeafWoke with John Autry II
Friday 20 May 2022
Essay by
Patrick
Gabridge
Farming and Theatre

In a three-part series, playwright Patrick Gabridge writes on how spending two seasons farming revealed a lot more than just how to grow vegetables.

My first play was produced in 1987, by a tiny theater in Upstate New York, along with work by Elaine May and Tennessee Williams. I’ve been deeply involved in theater ever since. But being buried over my ears in theater can make me lose perspective.

Spending the past two years running a tiny organic vegetable farm has helped me take a fresh look at my work in theater. As part of the New Entry Sustainable Farming Project, I grew vegetables on a quarter of an acre my first year, then half an acre the second year, with the help of a lot of infrastructure and guidance. But I put in the labor and what I grew and where I sold the produce was up to me. This year I sold 6,000 pounds of vegetables, with help on the weekends from my wife and teenage children. 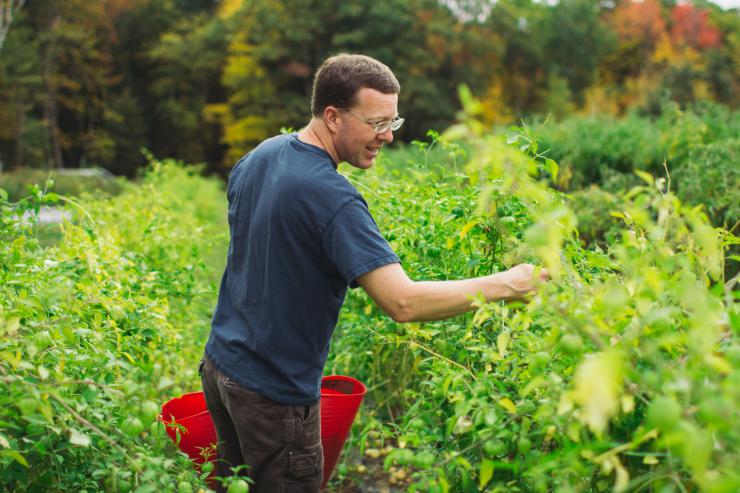 I got to spend a lot of time outdoors, working with my hands, doing something completely engaging and really, really, really hard. And it seemed to have nothing to do with my life in theater.

But I was wrong. Because theater life, as much as it sometimes feels like an isolated lost world of dinosaurs and unicorns, is life, too. Taking a step, not back, but to the side, helped me see a few things about my old (and current) world.

Theatre is not the only profession where you can work insanely hard and make almost no money. There’s a certain masochistic delight among theater practitioners about the long hours and struggle we need to invest for an ephemeral art form that pays badly. Yes, we complain, but with the pride of survivors. I’ve often said, paraphrasing JFK, that I chose theater not because it’s easy, but because it’s hard.

Farmers are even crazier than theater folk. And they work harder. And the money is terrible. Farming on a small scale, like I’ve been doing, wears down your body. There is almost no upside—little money, and no applause, reviews, Broadway options, or movie deals. But it demands complete attention, opens previously unseen doors about the world, and enables me to produce something concrete. 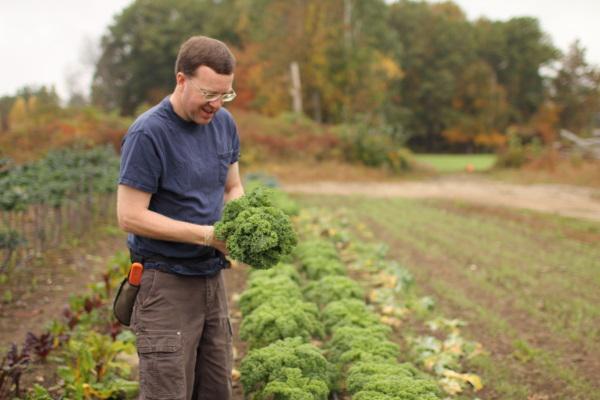 Unlike most ventures in life, I get to see the entire cycle from start to finish, as the seeds sown under my basement lights transform into transplants, and are weeded and watered and fed so that they flourish in the field, and then are harvested and bunched and washed, and ultimately reach customers at the farmer’s market. Which is exactly like playwriting—as a writer, I nurture the kernel of a thought into a full-fledged idea, then start researching and outlining, and finally begin writing a draft, and more drafts, then workshopping, revising, and rehearsing, until it’s a play in front of an actual audience. I am there, every step of the way.

For everything there is a season. Working in farming is like working in Metaphor Land. Maybe because the roots of our language and thought processes originate from a time when most people worked in agriculture. In my life as a farmer, there really is a time to plan, a time to sow, a time to weed, and a time to reap. In theater, there are periods to think up new ideas, to write drafts, to revise, to listen to collaborators, and to perform. With any luck, I have multiple projects (crops) going at once, so I get continuous audience interaction, all the while creating new material for future productions. But in farming, just as in playwriting, there are definite seasons in the cycle. With playwriting, it’s important to recognize and appreciate those seasons. After the shows are all closed, I feel stuck in the middle of a creative winter with nothing growing and a deep sense of loss, unsettled by the abrupt quiet. But just like in farming, when we need the fields to recover and the old plants to be reincorporated into the soil and the pests to be killed by the frost, as a writer I need to take the creative winters to read, write little bits of nothing, attend plays, and walk around aimlessly. Sharpen my tools. Rest. The winters can be long and bitter. But spring always comes.

Farming is about endurance and luck, not so much about strength. Beginning farmers go in wondering, “Am I strong enough for this?” much as playwrights wonder, “Am I talented enough for this?”

The better question is: “Can I work all day in the 90 degree heat, pulling up weeds by hand?” (Can you keep writing plays even if theaters stop producing you for a few years?)

The better question is: “Can I work all day in the 90 degree heat, pulling up weeds by hand?” (Can you keep writing plays even if theaters stop producing you for a few years?)

I can. It took a lot of nights feeling really sore and the alarm clock going off at 5 in the morning and crawling out of bed bent over like a 90-year-old man. Some days farming felt like I was flinging my body against the field, like Wile E. Coyote getting slammed flat against a rock and trying to get back up. By the end of the season, my body started to break down as I reached my physical limits.

And luck counts. In June we had a foot of rain in a week after an already rainy spring. Not so lucky if you have poorly drained fields. Our onions drowned. The beans. The head lettuce. The soil in one corner of the field turned sour, and little would grow there. There wasn’t much I could do about it, except worry and fret. And then a heat wave came and cooked stuff to death.

Later in the season, the weather turned around. We didn’t get much rain, but it was enough (you can always add water, but you can’t take it away). And it stayed warm into the fall, so we were picking gorgeous tomatoes until the third week of October. We ended the season with a little luck. 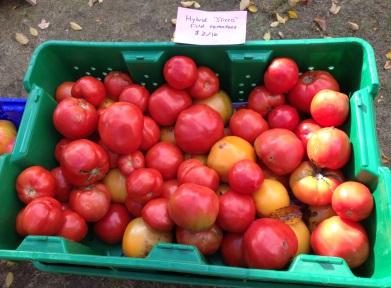 Sometimes I write plays and fling them up against the wall and they never find a home, and I can’t figure out how to make them work so that everyone will love them and instantly want to produce them. So I keep writing. And sometimes it wears me down and I want to quit. So I write novels for a while. But I always return to theater, because it’s part of who I am. And there’s that wall again. A little luck helps. A lot.

Talent is great. But endurance and luck are really what it takes.

Careers
Playwriting
Most Discussed
A Collective Call Against Critical Bias
Critical Mass
Most Watched
The Gathering from the CrossCurrents Festival
Wednesday 4 May to Saturday 7 May 2022
Upcoming
Livestreaming a Conversation: #DeafWoke with John Autry II
Friday 20 May 2022

Lovely and – can I say "well grounded?" – personal story you are telling here! I am so glad, always, to see theatre-life framed as part of a larger ecosystem. It is far too easy to see our arts, ourselves as artists, and even our artistic communities as isolated and separate from the "other lives" we lead. Thank you for sharing!