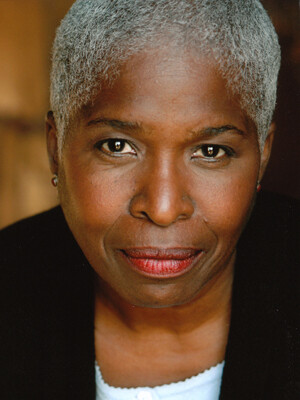 Ha! Wish I could tell ya. Then, again, maybe I can.

Ah, performance! It seems to have been my calling from early on. Maybe all along.

Those strict Dominican sisters never had to plead with me to project during class presentations. I always could. Loud and clear.

An audience of upturned faces held no terrors for me.

The day I was tapped to be M.C. for our annual school play, I walked home in a daze. The Luckiest Eighth Grader in the Known World.

Spectacle's magic—the dazzling rows of colored lights, the inviting expanse of an open stage, the lure of a live mic—has always held me in its thrall and always will. That’s who I am.

So, after the predictable flurry of high school plays and special assemblies, I followed my heart into the open arms of not one, but two university theater departments with not a clue as to how I’d survive or make a living. The only thing certain was how drama studies made me feel.

Late night rehearsals or work on various production running crews regularly kept me dreaming in a way my pre-med textbooks never had.

In time, of course, I was jettisoned from the comfy Neverland of college into the Land of Sink-or-Swim. Took on lots of water but somehow I managed to develop enough of a stroke to get across the pool. Just barely.

However, that’s when my true education began, and there was so much to learn. In fact, I’m still sharpening skills, deepening my understanding of the Hows and the Whys.

Long ago my wise mother counseled, “Bought sense is the best sense.” While this is true, I don't at all mind sharing this handful of hard-won insights and observations that might prove useful. So, check it out and help yourself.

1. LEARN WHAT TO LEARN

The Audition
Eventually I figured my way around that most tortuous of processes, and discovered what it can hold for the actor besides the promise of employment. I learned to harness my energy and channel it into those Seven Golden Minutes I’ll have to strut my stuff. Put all that training to use and surrender to the joy of playing make believe for real. Your acting muscles will get some needed exercise and the worst they can tell you is, "No, thank you."

The Rehearsal
In time rehearsal revealed itself to be that rare and most precious of luxuries—Time. It is most certainly not the rote exercise of dry drill I’d mistaken it for as a neophyte. Rehearsal time is golden time, yea platinum time, time set aside just for your investigations. So…

By the time it's all over, you and rehearsal time should be completely used up, exhausted, exhilarated, and aching to see what you got for your effort.

I act, yes. Write, too. Direct and adapt as well. I’ve also narrated, designed, stage managed, worked box office and the bar, proofed copy, and handled the press. I’ve even produced a thing or two. I’m so grateful to those teachers who, early on, insisted I “learn wide” because I would just know more, and can evaluate others more accurately when I have also walked the walk.

The Stage
That Playground of playgrounds where the rubber meets the road.

The lab where rehearsal theories go for a test drive.

The zone of in-flight epiphanies.

The center ring for high wire work without a net.

If I’m blessed, I get hired to join forces with an ensemble of professionals and take willing guests, a house full at a time, on a journey out of time eight times a week...and get paid for it in the bargain. Doesn’t get any better than that. In fact, you can’t beat it with a stick!

2. DIVERSIFY AND SPECIALIZE
I act, yes. Write, too. Direct and adapt as well. I’ve also narrated, designed, stage managed, worked box office and the bar, proofed copy, and handled the press. I’ve even produced a thing or two. I’m so grateful to those teachers who, early on, insisted I “learn wide” because I would just know more, and can evaluate others more accurately when I have also walked the walk.

Crafting scripts gave me a deeper respect for text. Directing gave me insights into not only staging and composition, but complex problem-solving and the importance of finely-honed social skills—all manner of things. It also guaranteed I'd never be a “chess piece” on stage.

3. STAY CURIOUS
Life is the work of an actor. Therefore:

Listen to many things.

Figure out how to talk to anyone about anything.

Sample everything within reason, and if you’re unsure or it’s unsafe, track down accounts by those who have and lived to tell about it.

Travel everywhere, and if you’re unsure or it’s unsafe, read about any and all destinations near and far, real or imagined.

Bottom line: get your self outta your comfort zone and into whatever's out there. See for your own self.

We were in two different productions in rehearsal at the same time. I can’t recall whether I joined him, or he me. Anyway, we both landed on the same sun-dappled outdoor deck for our respective ten-minute breaks.

At some point our banter, playful and freewheeling, turned to the subject of risk. I don't remember what I said, but it must have been laced with caution. He exhaled a languid plume of smoke and replied with a knowing smile, “If you’re not livin’ on the edge, you’re takin’ up too much room.”

Got a hankering to give LA a look-see? More power to ya! It’s still out there.

Do it. Go, if you really wanna. If you have normal intelligence and common sense, you can handle it. Honest.

Just know that you don't have to leave home to pursue your craft. The “Mid Coast” is a virtual powerhouse consistently generating world-class theater. It and the folks that create it travel the globe on the regular. Could brand new co-ordinates be a game changer? Never can tell. Just don’t die wondering.

Finally, in the spirit of full disclosure: I’m black. Now, I’m quite certain there are many other black women artists who could make substantial additions/corrections to this, my humble entry. In fact, I hope they do.

In the meantime, I’d simply urge any Sisters reading this to act as if it was written

because for us (and those like us) it is!

Ms Bruce, as always, you inspire. Thanks for sharing your heart and mind, as you do every time i see you onstage or have the privilege to work with you. Your fan. Michael