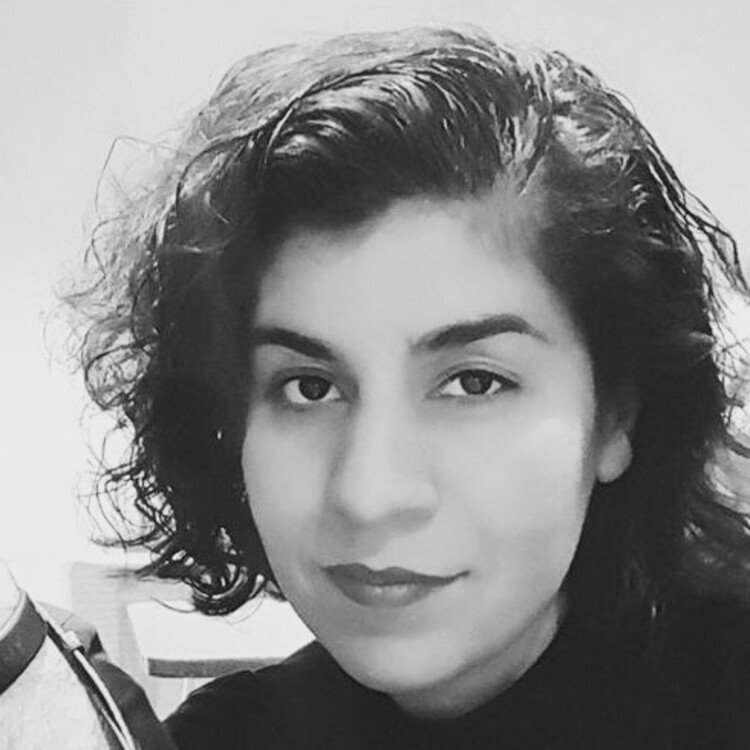 When I was in college, I was one of the lucky people who was cast every semester in a show. This is a huge feat because I went to a top ten school with an MFA program and I was just an undergrad. Of course, the lead roles always went to the grad students, but as an undergrad, I played more than Sword Holder number three. I had the opportunity to be in a gender-bending As You Like It where I played Corin, or Corrine as we called her; Rumy Mitchens in Major Barbara; and Mrs. Marchmont in An Ideal Husband. I was pleased with the opportunity to act, and “pay my dues” with such roles. However, when it came time for auditions my senior year, I decided I had enough. I was going to be considered for a role beyond a drunk old lady, a wise old lady, or a maid.

It's not about us becoming “white,” but instead having our bodies seen as equal to play kings and queens, and complete humans with complex flaws. All of us—black, white, brown, and every shade—we are America.​

That year, two of the shows in the season were a Noel Coward play and The Winter's Tale by William Shakespeare. I decided that unless I would be considered for a role outside of the typical maid, I wasn't going to take it. That summer, I had spent an insane amount of money studying in Oxford at the British American Dramatic Academy, and was very well trained in both high comedy and folio. I didn't get cast in any of the shows my senior year; however, I did make it to the final round of callbacks and I made the casting directors start to see me in a different light. And since college, this has been the lesson I've taken with me: my body onstage and the role I'm in speaks more than the simple words I'm saying.

Although the actor’s constant struggle is to get work, the kind of work you get not only says something about the state of theatre, but also the state of your city and country, and how comfortable people are watching bodies of color onstage. Art imitates life, but I would say life imitates art far more. If we are the keepers of art and culture, and the ones that produce shows that go to Broadway and Hollywood, isn't it our responsibility to make sure people see bodies onstage similar to those on the train?

I live in Chicago, a hot bed of political fury in the past year. With the rise of hashtags like #LaquanMcDonald and #rahmresign, there are a lot of strong feelings on race. So, what is the responsibility of theatremakers, both storefront and mainstream, in the largest cities outside of New York? Put more Black and Brown bodies onstage in other roles besides roles specifically written for us. Include us in the bigger conversation.

There are great playwrights who write great roles for Black and Brown bodies. Unfortunately, their number is smaller. We should be producing more diverse work by both women and people of color. However, my call is in the realm of what is known as classic, or classic American theatre—the shows that theatres produce because they already know audiences will come to see them for their popularity like All My Sons, King Lear, As You Like It, and the Grapes of Wrath.

Right now one of the biggest problems in the United States isn't just racism, it's racism and classism, which stems from our country’s history. People's perception of Black and Brown bodies has been tainted with the history of pushing Black and Brown bodies to the background. Our history in this country is not pretty. Most of our ancestors were servants, poor, and uneducated. But it’s not who we are today. What I’m advocating for is more color-conscious casting so that the stage is actually diverse, instead of peppered with a Black guy here, or a Brown girl there. There are constant stereotypes we are trying to break, such as the sex-crazed Latina, the thuggish black man, and the mammy. More times than not, we are seen as caricatures versus real people. There are way too many mainstream roles in theatre film, and television that perpetuate the violence, and constant oppression we ourselves experience. It's not about us becoming “white,” but instead having our bodies seen as equal to play kings and queens, and complete humans with complex flaws. All of us—black, white, brown, and every shade—we are America. And we should make a point of showing audiences what America actually looks like.

Lin Manual Miranda already started paving the way in the mainstream with Hamilton. He's telling a historical American story with what America looks like today on Broadway. Some theatres in Chicago are also trying to diversify its casting. Last year Chicago Shakespeare produced King Lear with a very multicultural cast. In addition, Chicago Shakespeare is producing the largest global celebration of Shakespeare’s work with Shakespeare 400. By bringing in the plethora of global and local talent, Chicago has an excellent platform in 2016 to talk about race and diversity on stage. Many storefront theatres, such as the House Theatre in Chicago, are also working to put more diverse bodies on stage. And in my own personal experience since graduating college, I was one of the few people accepted into the highly competitive School at Steppenwolf and have been called in to audition many times at Chicago Shakespeare for central roles like Hermia in A Midsummer Night's Dream.

Progress is happening, but we need to continue moving towards progress. In the diverse city of Chicago, and the many diverse cities across the United States, there are many talented amazing actors who are Black, Latina/o, Asian, and/or indigenous who want to and can play Hamlet, Juliet, or Willy Loman. The point I am making is we shouldn’t be segregating ourselves. Casting should not be a case of: if the role is an urban character, it goes to a person of color, while everyone else is white. The stage should be filled with beautiful diversity, showing bodies we are afraid to approach in life. Let's change the audience perception of what Black and Brown bodies look like onstage, so it will then change the perception on what they look like off stage. By changing the general perception, we change the course of history.

Excellent article and very well spoken. This is it. I cannot agree more.

Excellent article Isabel, I'm digging what you said about it being our (arts producer's) responsibility to show the types of bodies and skin colors that reflect our respective communities. Keep up the good work!

This is great, Isabel--sharing with my students. And for directors and producers who don't know because they've never really spent time there, yes, there actually are people of color in rural areas. I work with them, live next to them, shop at their stores, get out of the way of their kids' games when I'm on my run. Stop casting rural areas as a sea of whiteness. There are spots like that, but it's not universal.

This is wonderful. Thank you for writing it. Representation in major roles is so important. I've shared this both on my blog and company's Facebook page so that more people can read this message.