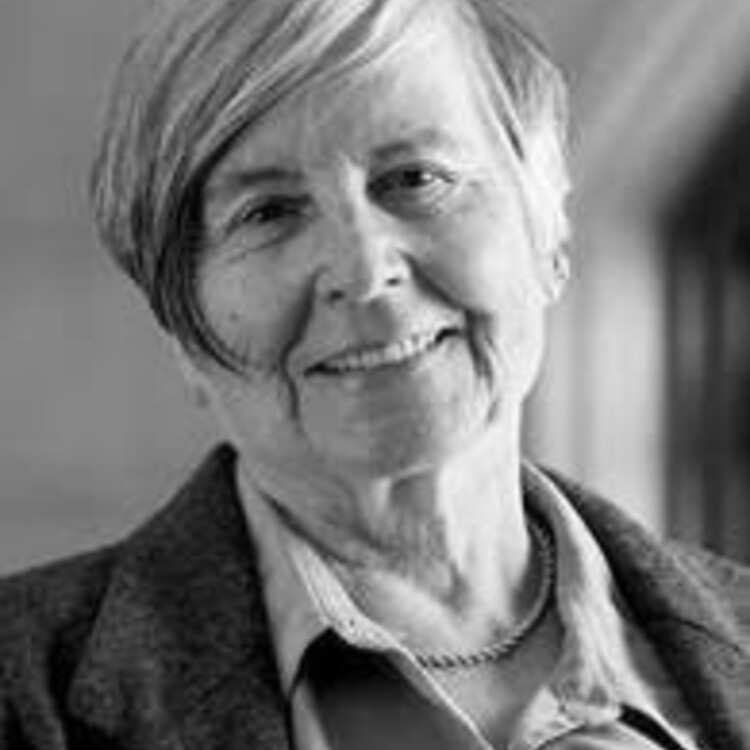 Leigh Bienen is a Chicago based contributing writer for WIT Online, a journal of the League of Professional Theatre Women. In this critical essay she examines one of the most ambitious adaptations of a literary work produced in recent years. Find all WIT Online-HowlRound content here.

2666 begins with four European literary critics hot on the trail of the elusive German author Benno von Archimboldi, a search into the dark heart of the Mexican border city of Santa Teresa, where the brutal murders of hundreds of women over the course of a decade remain unsolved. Spanning more than 100 years—from Spain to Mexico to Germany and beyond—each of 2666’s five books vary in style and rhythm, give an unflinching look at the nature of evil and illuminate the power of arts to reflect and transform the world.—Press Release, Goodman Theatre, Chicago, December 10, 2015

Finding yourself in the world of Robert Falls’ adaptation of Roberto Bolaño’s novel, 2666, is to be among the familiar and the strange: unsettling and ambiguous. Does the title refer to a distant calendar year? The novel sets its own rules, its own mesmerizing, narrative pace. For the stage production, audiences must submit as readers have to an authoritative artistic voice.

When the piece opens, we are in our world, with a real date, and an actual place, with people behaving in recognizable and amusing ways: At a literary conference in Bremen, Germany, in 1995, we meet four academics, all  committed to translating the work of a German writer, Benno von Archimboldi. We laugh at the petty academic squabbles about tenure and publication, then fall into the trap of liking them, before realizing that their love and admiration for the “great writer” is inextricably bound to their self worth, and an infatuation with one another.

The more serious search for meaning and intellectual integrity is on, in the form of the search for the mystery of literary art, created by and personified by Benno von Archimboldi. We embark on a journey, with the academics and others as guides, to find the real Archimboldi; there is no looking back.

The search for Archimboldi is a clothesline of a plot which allows different characters and circumstances to be loosely bound and balanced by a series of relationships between women and men which cross boundaries of time and geography. The interaction between a set of women and men at vastly different times allows us to move fluidly between scenes and incidents, as we are captivated by the characters and the intensity of their relationships. This thin strand of plot, the search for Archimboldi, stretches from Spain to Mexico, to Germany and back, with scenes and characters, seemingly unrelated; yet all is connected.

First is the intellectual work and romantic entanglements of the academics, an Italian, a Frenchman, a Spaniard, and a woman from London, all united in seeing, and writing about, Archimboldi with love. The search takes three of them to follow the mysterious Archimboldi to Santa Teresa, Mexico. A border town dominated by American factories, located there to avoid regulation, Santa Teresa is known for the murders of hundreds of young women.

One strand linking people and plot is the investigation of these sadistic murders, more than one-thousand killings of young women, prostitutes, drifters, but mostly, women without protectors who come to Santa Teresa to work in the soulless factories. The gruesome nature of the murders shows fear and hatred of women, and defiance of law. The horrifying killings are addressed obliquely: through the inept, corrupt police investigation, by introducing those who report about the murders, and by suggesting who is behind them. 2666 becomes a deep, frightening commentary and celebration of women and men, the life force, and its destructive underside.

We meet those pursuing the truth of them: is it one murderer or many? Why aren’t the murders investigated? How can a girl escape the ominous black limousine which circles the homes of young women before they disappear and turn up as violated corpses in the Mexican desert? This is a brutal world where the law means nothing.

These fearsome murders in a sexually-charged atmosphere of anarchic violence and political corruption threaten to upend the piece as a meditation on misogyny, sadism, and the violence of hopelessness. Yet love between women and men keeps raising its head, and shaking its mane. The carnage of rape and unpunished murder threatens to drown the narrative, except that a flicker of hope, generosity, and kindness, keeps emerging within chaos, alongside the contempt for women on display.

The narrative tells us: the sexist jokes detectives tell while standing over the dead girls’ bodies partly explain why the murders happen and are tolerated. Yet there is one police investigator who doesn’t go along. This is one of a series of love stories, panties on the clothesline, which relieves the horror: the love of a man for his runaway wife, and her endangered daughter, the love of a police officer for the director of an asylum, an out-of-town reporter named Fate who rescues a girl facing doom, the love of Archimboldi for his sister, his wife, and his muse.

Sadness is cut with wit as we recognize the curious nature of human proclivities.

Artfully, the piece takes a sad story about a woman who leaves her daughter and loving husband to follow a chimera. She has been hitchhiking along the highway and finds herself involved with a truck driver whose obsession is to have sex on his mother’s grave. Sadness is cut with wit as we recognize the curious nature of human proclivities. Although it is clear the woman will die of AIDS, the tale becomes wistful and sweet.

We don’t remain with one set of characters. We travel with the foolish, dreamy, and terrorized. Sharply-realized interactions anchor the sweep of the narrative. Much in this world goes wrong, yet the characters try to stay sane, salvage some goodness, find love, amid filth and hopelessness. Astonishingly, 2666 leads us out of horror, to love and hope, even if only in a dream, as corruption threatens.

That love survives seems miraculous, whether in an insane asylum, or a German city flattened by bombs, or in the backyard of a small house in Santa Teresa where an apparently deranged professor of philosophy speaks to his dead father and prays that his daughter will be safe as she enters the hell of Santa Teresa at night. It is the specificity of the incidents, and the believability of the people in disparate circumstances, which makes this ambitious piece extraordinary. The plot cannot depend upon two or three or ten individuals to carry it. This is not a work about a family, or a relationship, or a single place in time. Yet the marvelous actors and the writer-director find a way to propel us forward, backward and sideways in time, without losing focus. The structure of the clothesline allows the sacrificial and the sadistic, the painful and the sweet, to hang side by side. This is the genius of the work.

It is the specificity of the incidents, and the believability of the people in disparate circumstances, which makes this ambitious piece extraordinary.

The piece goes deeper into the underworld, as Bolaño is Virgil, leading an increasingly horrified but rapt audience through the landscape of depravity, madness, and heartlessness, which should defeat the chance for love, and hope, yet doesn’t. We end up in the aftermath of the Nazi horrors, and yet we are asked again not to relinquish hope. A final act of violence, this time a killing for justice and mercy, brings us to the end of the search for Archimboldi and then asks us to believe again in love, in the midst of devastation. This may sound like religion, but fortunately, isn’t.

The ambition of this theatre piece needs every minute of its five hours, as it flows from London to Mexico and through the 1930s and before, to the 1990s, and into a world of no time, no place. Yet we are all living there and with these characters, their contradictions and follies, for they are us. In the end, says one of the narrators, this is as close as we will get to the truth, or to finding Benno von Archimboldi, for he is here.

While still not exactly my cup of tea, your essay has given me a greater appreciation of this work. Thank you.