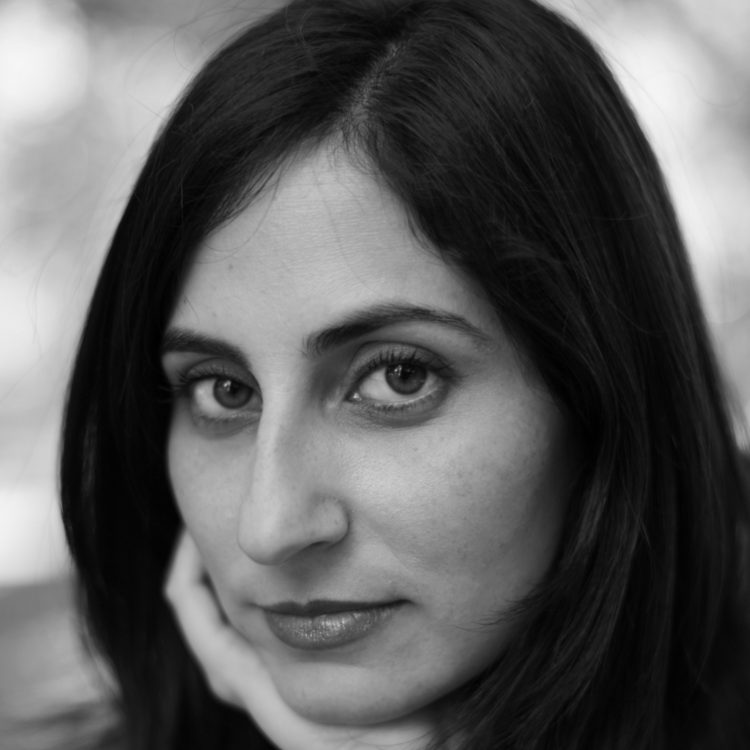 Beyond Victims and Villains

From Ethnography to the Stage

As I sat there listening to yet another male journalist talk about his “rescue of girls” from a life of misery as trafficked victims, a familiar wave of despair washed over me. But maybe not for the reasons you would think. I was worried about the women that this man, who was unabashedly painting himself to be a hero, had “rescued.” I was worried for them because I know, from ten years of on-the-ground fieldwork, that women experience “rescue” as terrifying. Most women don’t want to be “saved,” especially not by a journalist who is going to make them perform victimhood. Some women don’t want to be saved period; they are making a difficult choice out of a series of limited options. Others rescue themselves. But here, this man was boasting about “buying girls from their slave master,” flattening these women’s identities as “slaves.” When he finished his speech, he received a standing ovation. I felt sick to my stomach, and turned around to see a few other women who couldn’t manage to bring themselves to their feet either. I felt despair at the thought that the trafficking conversation was stuck in the nineteenth century. And I felt saddened for the women this man purported to have saved.

After the show a few actual survivors of human trafficking approached me. For them, the talk had inspired anger, not despair. “Why doesn’t anyone ever really tell our stories, from our point of view?” Sandhia, a survivor from India asked rhetorically. Her friend Meena sighed before answering, “because our lives aren’t black and white. Our stories aren’t simple. But people just want to hear simple. Slave. Not slave. Rescued, freedom. Like that. But it’s not like that.”

This conversation stuck with me as I pondered Sandhia’s question. Why was it so hard for journalists, policymakers, or activists to acknowledge the messiness of lived experience? Why the constant focus on the “rescuers,” the sex industry, the scripted victims, and villains? I had become exhausted from fighting the trafficking fights. Not just fighting against labor exploitation, fraud, and coercion, but fighting the tidal wave of moral panic that has become trafficking. The result has been policies that do more harm than good, and wide scale media misrepresentations of the problem. Those of us doing the actual on the ground fieldwork—talking to survivors, working with people who have experienced the harrowing challenges of exploitation—have been writing against the wave.

After authoring three books on the subject, and working in a variety of political and activist spaces, it became clear to me that another approach was needed. No matter how much we academics tried to explain that lived experience was more complex than simple victims and villains, no one was listening. As frustrated as we were, survivors felt worse. Imagine experiencing exploitation of different forms for many years, only then to have your story literally taken from you and rehashed in a voice other than your own.

After ten years of banging my head on the wall, writing ethnographic stories, academic books, journal articles, and even op-eds, nothing was working. So many of us were trying to explain the depth of complexity involved in a global political system that involves trafficking, but policy makers only moved millimeters at a time. Frustrated, I became convinced that I had two options: either I tried to oversimplify an incredibly complicated issue, or I had to find a different platform, one that has room for nuance and celebrates the multidimensionality of the human experience.

Enter the La Jolla Playhouse. A few weeks after attending the journalists’ “hero story” I received an email from a higher up at the La Jolla Playhouse, perhaps my favorite West Coast theater venue. The outreach director was soliciting my help for a new, possibly controversial, play they were about to produce. I was asked to read the play, comment on the draft, and then I was invited to speak at the Playhouse about topics related to the play. I was excited—attending theater camp as a child at the Playhouse led to years of dreaming about standing on the La Jolla Playhouse stage—but also dubious. What was the topic of the play? And why did they want me involved? I was told it was a play about Islam, gender, sexuality, and family, written by acclaimed playwright Ayad Akhtar.

It took me several days to open the attachment. Not because I wasn’t excited about working with the La Jolla Playhouse, but because I couldn’t help the eye rolling that I felt just reading the topics of the play. I couldn’t stand to read yet another script that oversimplifies already reified experiences like sexuality, and I was weary of yet another reductionist account of what it means to be a “Muslim woman,” But, one evening after the kids went to sleep, I poured myself a glass of wine and prepared for serious eye rolling, sighing, and possibly even yelling at my laptop (as was my response to most media representations of these issues). But I was pleasantly surprised. Akhtar had managed to preserve the complexity of his characters. He didn’t hit you over the head with generalizations or play into stereotypes. He allowed for nuance.

A few weeks later I drove down to La Jolla to speak at the Playhouse after the last performance of Akhtar’s play, The Who and the What. Playhouse staff had invited me to speak about whatever I wanted, as long as it related to the topics in the play. So, I took a deep breath, stepped on stage, and talked about my frustrations with public portrayals of complex issues. I talked about my own research with women who were sex workers, domestic workers, nannies, service providers, and their families in the Middle East. I explained how complicated received categories like human trafficking or sex work are. I told stories about the sex workers I had been living with, the domestic workers whose experiences haunted me, and their family members. I fully expected to get booed of the stage. Instead, after the talk, a long line of people formed to talk to me about my work. Seeing the interest, the La Jolla Playhouse outreach director who had invited me to speak pulled me aside and casually said, “maybe you should write a play!”

I am fully convinced he was joking. But, those words struck a chord with me, like one of those aha moments that people rarely have any more. He was right, maybe I should write a play. Maybe that is exactly the platform that will allow me to tell stories with honesty. Maybe a play will allow room for nuance and the complexity of lived experience. It was exactly what I had been waiting to do my whole life.

Tenure has many disadvantages, but one advantage is that I have the space and time to be creative. And the more I thought about it, the more compelling writing a play seemed to me. After all, I had so many stories. As an anthropologist, my job for the past ten years has been listening to people, hearing stories, and following them through the routines of their daily lives. Anthropologists are kitchen table ethnographers, absorbing details of their interlocutors’ experiences on many different levels. I had spent the better part of the past decade conducting fieldwork in Iran, Dubai, Doha, and Kuwait, working with nannies, domestic workers, sex workers, construction workers, and service providers. I was inspired by these men and women who were or became parents during their migratory process, the sacrifices they had made, the challenges they had faced, and the ways that they had found to navigate their own lives.

Many playwrights begin with an idea and then try to develop characters and their characters’ stories. I was the opposite. I had been living with stories for so many years; the characters were vivid in my mind. I just had to figure out how to write a play that did them justice. How to write about the messiness of real life and make people understand that trafficking, labor, migration, and sex work isn’t what they think it is?

So, I started fusing my interlocutors into particular characters, and as I sat down to write, their stories poured out of me. I tried to use their words, giving them a voice, as I created the structure of the play around their stories and their real life experiences. I shared passages of my play with interlocutors of mine who had lived through these same struggles to seek their opinion on the authenticity of the story. Each character in my play is based on a series of individuals who opened up their hearts to me. What happens to my main characters is exactly what has happened to many of the interlocutors that I have come to know through ethnography. They are the real heroes of this movement. Of Belonging and Blood is a new play I’m working on to tell their stories.

Thank you for the essay, Pardis.

Thank you for the essay, Pardis. I am glad that your frustration with other people´s framing of a conversation that you are both knowledgeable of and passionate about has inspired you to write your own work in this new form. I look forward to seeing your play when it is completed! Perhaps La Jolla could help bring it to the stage, since they expressed such strong support for you and your insights?

This is great! Your voice is needed! I teach playwriting and also offer one-on-one sessions via Skype. You can reach me at winterconnect@gmail.com. The conundrum of how to tell the stories of real people and be authentic and honest and complex--we are all flawed, we all have moments of courage--some of us have savior/victim complexes--is a challenge and is crucial to presenting the nuances of life. Bon courage to you!