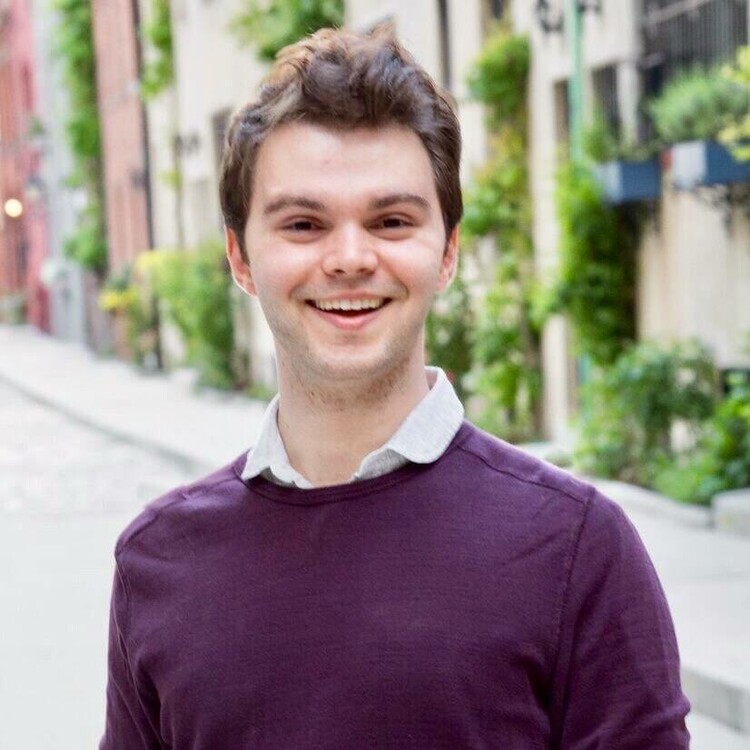 Cellphones in the Theatre May Offer More Than Just Unforgivable Distraction

I fear my phone ringing in a theatre almost as much as I fear losing my Spanish. Both, in a way, deal with severed connections. When a phone goes off, and it will, there’s nothing to do but cringe. Will shushing the victim only add to the distracting volume? Or do we pray the actors don’t break the fourth wall to tell off the incendiary patron, inadvertently causing more glowing phones to surface and capture the show-within-a-show?

It’s intriguing that this season New York audiences paid good money for top-tier plays and turned off their phones only to watch characters interact with their own. Theatre, at its best, is a reflection of the culture at hand: a tug-of-war between what the present wants and what stands in its way of becoming the future. As obstacle and solution, cellphones become a narrative gift to playwrights.

Since 64% of adult Americans own a smartphone, its appearance in contemporary drama shouldn’t seem farfetched. Stories get interesting, though, when characters share their more intimate moments not with their onstage partners, but with these devices.

In this year’s Tony Award winner for Best Play, characters rely on a dingy window’s spotty reception to escape lackluster Thanksgiving festivities. This scenario becomes a modern allegory of the cave, where a window’s promise of outside access acts as Plato’s sunlight in The Humans’ foreboding Chinatown apartment. At the window, playwright Stephen Karam’s characters long for something like truth, in the immediate or ephemeral sense. Erik, the father, says, “I wanna check the score of the game,” while his daughter Aimee phones her recent ex for closure, for skittish rekindling, and for holiday warm wishes that at one point would have been exchanged in person. For Aimee, the cellphone is crutch and crux.

And it acts as more than just a scoreboard for Erik. In the play’s most tear-jerking moment, he finds a message his mother “Momo” wrote before succumbing to dementia. The family takes a breather from bickering as Erik passes the cell to his wife who reads Momo’s e-mail:

“I’m not scared. If anything, I wish I could’ve known that most of the stuff I did spend my life worrying about wasn’t so bad. Maybe it’s because this disease has me forgetting the worst stuff, but right now I’m feeling nothing about this life was worth getting so worked up about. Not even dancing at weddings.”

Phones again became a medium for intimacy and confession in Annie Baker’s The Flick, which closed its Barrow Street Theatre run in January. Avery, the introverted cinephile, sits in his makeshift home, an empty movie theatre, and talks to his unheard therapist: “Maybe I’m gonna live with my Dad for the rest of my life and like the actual problem is just that I’m waiting for things to change. Like maybe I’m just gonna be that weird depressed guy and I should just accept that.” Such one-sided calls become soliloquies and mirror their ancestors: the spoken-as-they’re-written letters brimming with honesty and insight heard before our digital age. Pen or phone, both theatrical tools offer audiences specifications they might not have experienced otherwise.

If the contents of our phones are juicer than those of our relationships, can drama survive or even compete?

This is also the case for Sam in Becky Mode’s Fully Committed. The appearance of phones in an overworked reservationist’s office allows the show’s single-actor format—as Sam, Jesse Tyler Ferguson impersonates the insufferable people calling to secure a table. Most of the time, he’s locked to his desk telephone and struggles to not snap at a demanding head chef, snooty foodies, and Gwyneth Paltrow’s squeaky-voiced, pestering assistant.

Intermittently, Sam’s cellphone rings, offering escape and solace in the form of a father-son conversation. Perched atop a water pipe away from the cluttered desk and far across the stage—the only place in the office with cell reception—his phone (and its quieter, more intimate conversations) acts as a foil to his buzzing hotline that doesn’t ask how his audition went, or if he’ll be coming home for Christmas. It is through these personal calls and familial interactions that we see Sam, the human.

But our phones, as we know, do not always provide such a clean escape, especially when texting fingers can’t keep pace with volatile emotions, making us all but chuck our devices seaward. Such fireworks are on display in Steve, Mark Gerrard’s new play seen this fall at The New Group. In one wintertime scene, married couple Stephen and Steven send a flurry of pointed text messages back and forth in an attempt to keep their young son ignorantly at peace while the supertitles outshine the Christmas tree’s lights below. The scene caught Ben Brantley’s eye, who wrote: it “opens new frontiers for the farcical potential for smartphones” in the theatre.

If the contents of our phones are juicer than those of our relationships, can drama survive or even compete? As a new season begins, Privacy—which unabashedly asks audiences to keep their phones on—explored this phenomenon in its sold-out run at the Public Theater this summer. Patrons’ personal data was harvested onstage in James Graham and Josie Rourke’s investigative play, providing an eerily honest and modern backdrop to an age-old story about a young writer trying to connect, which leads to the question: do phones inhibit or enhance our relationships’ potentials?

I was recently at a show where an actor was delivering the eleven o’clock monologue that crescendos toward revelation, baby stepping into something like growth. The actor paused before the speech’s final phrase, sitting in the dramatic beat, and that’s when the all too familiar sounded—the whoosh of a sent message.

Perhaps in this flight of a finished e-mail, in each artificial sound of flapping wings, a fraction of us is trying to connect. Or maybe we’re just distracting ourselves. Either way, these efforts would not be unharmonious with what our counterparts are storytelling onstage.

Good article, well written, some intriguing ideas and observations. My perspective on the reliance of these little devices is that they of course can enhance and support as well as deplete the quality of relationships. However, I have always found it more interesting and 'connected' to look into someone's eyes when they are communicating something than into the cold, neutral glare of a phone screen.