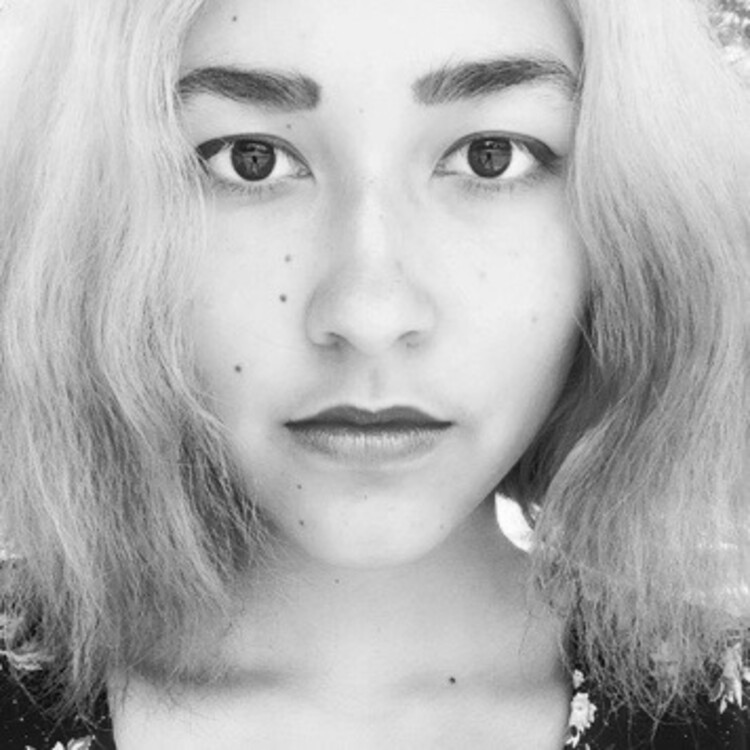 A Defense of Smart People

New York, it seems, is in the midst of a Renaissance of the Droll. While this resurgence may not be as readily apparent in the larger commercial playhouses (Broadway has never been bereft of a broad laugh), it is particularly conspicuous in the recent programming of the so-called “straight” theatre of the Off-Broadway scene. From tepid bourgeois farces (Clever Little Lies) to mindless romps (the latest revival of Noises Off), all the way to good old-fashioned clowning (Bill Irwin’s Old Hats at Signature Theater), comedy is back with a vengeance this season.

As an embarrassing over-thinker of theatre, I confess that this trend has got me musing at length about the value of criticism as it relates to comedy. After all, the usual arguments touted in defense of the critic and his/her cultural role—as consumer guide, informed appraiser, artistic gatekeeper—don’t necessarily resonate with comedy. How can we arbitrate the political and aesthetic implications of a work whose primary imperative is to tickle one’s funny bone? Does comedy bear the same responsibility ascribed to dramatic theatre—of reflecting the human experience—or is its sole function to entertain? In short, what makes a comedy “good” beyond a dreary and simplistic “funny versus not funny” dialectic?

Quite recently, I confronted this question when my standpoint on a particular comedy diverged radically from the critical consensus. Lydia R. Diamond’s Smart People, which premiered in Boston in 2014, received its second life off-Broadway this March at Second Stage Theater, where I had the good fortune of seeing it in early previews.

In my opinion, the production was hugely successful, which was why I experienced nothing less than a crisis of confidence when, the following week, Smart People opened to reviews ranging from the tactfully damning to the glibly scornful.

As I read these reviews, I began to wonder if personal bias—specifically, my own racial bias—had clouded my judgment. Had I been so thrilled to see funny and smart people of color on stage that I’d overlooked fundamental problems with the script? Had I been so blinded by the politics of the production that I’d ignored the production itself? In short—did I just like Smart People because I’m not white?

Allow me to explain.

Smart People focuses on the interweaving lives of four Harvard University intellectuals in the year leading up to Obama’s first election. Lulling us with enough broad laughs and romantic intrigues to spawn a late-2000s Katherine Heigl movie (back when they were almost endurable), the plot of Smart People largely centers on Brian White, a neuroscientist hell-bent on evincing the subconscious prejudice of all white Americans through neural imaging. Along the way, we meet Ginny Yang, a chic Asian-American psychologist; Jackson Moore, a spirited African American medical intern, and Valerie Johnston, a struggling African American actress.

These four were embodied in the Second Stage production by the almost preternaturally all-rounded ensemble of Joshua Jackson, Anne Son, Mahershala Ali, and Tessa Thompson, under the finessed directorial helm of Diamond’s regular collaborator, Kenny Leon (A Raisin in the Sun). Then, of course, there was Diamond’s play itself. Smart People is a deft creature, flirting with academic jargon and social politics with remarkable pith and momentum. I recall remarking that it was the kind of thing Stoppard might have written had he been a cool black woman.

After the performance, I attended a talkback with Diamond, a former Huntington Theatre Playwriting fellow who rose to Broadway prominence in 2011 with her family drama, Stick Fly. She spoke of Smart People’s continual evolution even after almost a decade of work—that very night, a scene featuring Brian imaging his own brain was on the chopping block. However, the most revealing moment arrived when Diamond was posed a question about the pedagogical potential of the play. She graciously replied that she was not interested in heavy-handed diatribes or “answering the question” of racism in America, reminding us that the play was meant to “make you think…and of course, laugh.”

When the reviews landed, Diamond’s self-stated intent kept ringing in my ears. Resolving not to write this off as a matter of my own bad taste, I poured through the critics’ words for a second time. Picking through these reviews as symptomatic texts, I started to notice a shared blinkering in the way people were writing and thinking about the play. As such, I took it upon myself to critique the critiques of Smart People, in order to show what they reveal about the uneasy relationship between politically charged comedy and theatre criticism.

Across the board, the primary denunciation of Smart People was that the plot unfolded by “writerly contrivance” rather than by “natural circumstances.” The narrative trajectory felt false and “ultra-transparent”; Isherwood snickered that Valerie’s invocation of the parlor game “Six Degrees of Kevin Bacon” was Diamond’s means of laying “a fig leaf” over her sprawling dramaturgy. This vein of Aristotelian critique was similarly leveled at Diamond’s characterizations. Quite simply put, the characters were far too wily, witty and well dressed to resemble real academics, rendering them “mere receptacles for the ideas they espouse rather than fully fleshed–out people.”

What’s really interesting about these observations is that, for the most part, they’re totally substantiated. Are the four characters of Smart People “believable”? Not really. Are the myriad meet-cutes and run-ins contrived? Of course. Is the plot overstuffed? You bet. In my mind, however, this is all part of the success of Smart People.

From Terence to Shakespeare to Wilde, comedy has always thrived on so-called “contrivance”—complex plots, larger-than-life characters, and violations of the theatrical frame. Moreover, against all sense of Stanislavskian decency, a successful comedy exists in a heightened reality, one that cheekily dips its toes in naturalism but remains firmly rooted in hyperbole, usually in order to engage the playwright’s politics. To me, the biting one-liners and interleaving romances of Smart People render it all the more exciting and important as a theatrical text. Rather than being satire “hastily dressed up as a drama,” Smart People is doing something aesthetically subversive, exploring the mostly charged subject in America through a genre as old as theatre itself—the four-hander romantic comedy.

As I read the reviews, it became clear that the critics weren’t prickly about the content of Smart People so much as the fact that such content could exist in a heightened comedic reality. Their fixation on the density of the plot and undulations of tone prevented them from engaging in what Diamond was actually attempting to do. Even the positive reviews of Smart People tried to argue that Diamond was presenting “this incendiary topic in a realistic context,” as though such a thing were a requisite concession. The overwhelming consensus was that a work of art dealing with “prickly” topics ought to cohere to the established conventions of naturalism—anything less “falls short of its thematic perspicacity.”

What makes Disgraced more palatable to contemporary tastes than Smart People, I think, is that the tragic form accommodates the thematic content. If a play is going to deal with an explosive issue, we long for a safe aesthetic frame.

Indeed, many reviewers went so far as to compare Smart People to Disgraced, Ayad Akthar’s Pulitzer-winning tragedy, and the most widely produced play in America this season (for more on the politics of Disgraced, see Arlene Martínez-Vázquez’s excellent article here). The comparison isn’t entirely unwarranted—both feature a scene wherein four liberal intellectuals howl about race at a dinner table—but in positing that Smart People suffers in relation to Disgraced, many reviewers unwittingly invalidated their own critiques. You see, the “issues” taken with Smart People are equally palpable in Disgraced—the heightened characterization, the brimming plot, the narrative “contrivance.” What makes Disgraced more palatable to contemporary tastes than Smart People, I think, is that the tragic form accommodates the thematic content. If a play is going to deal with an explosive issue, we long for a safe aesthetic frame. In short, Smart People isn’t broadly unconvincing; it merely violates our expectations of what a “race play” is supposed to be.

Which returns me to the issue of personal bias. It struck me that, at the end of his review, Jesse Green somewhat extraneously lamented the lack of diversity in theatre criticism. And here I find myself, railing against a tide of white male critics. But I’ve realized that my station is significant to my reading of Smart People, just not in the way you might readily expect. You see, race and gender, for me as for Ms. Diamond, are not hallowed subjects. They’re a point of discussion—and yes, a great deal of amusement—every day of our lives.

So maybe I’m predisposed to like Smart People. As is anyone broad-minded enough to accept comedic conventions in a play about race. Regardless of the color of their skin.

This was an incredibly interesting article. Immediately I was intrigued with your critique of comedy in the theater. I struggle consistently with what stories and themes "fit" in a comedy and the small differences that blur the line between comedy and drama. Your article speaks to the ridiculous notion of placing parameters around your comedy and its blend with the stereotypical "dramatic." As you bring up, race, is highly regarded as one of those "dramatic" issues that the world has repressed and hushed down any murmurs that mentioned it. Our culture has created a connotation of pain, sadness, anguish, and all the other dark emotions related to any non-white races. Though as Ms.Diamond said these ideas are not simply a two dimensional dark idea. Race can be comedic, it can be unifying, and is just as capable of being associated with all the lighter emotions of a comedy. Thinking anything less is buying into yet another stigma that needs to be broken down in the narrative community. I fully support Ms.Diamond and any other playwright who write about race and comedy and any thing else that shapes our culture because it all can connect.

Interesting article. Hope it generates some discussion. And oh my - 'thematic perspicacity' wow! Nothing like the erudite alliteration of critics to draw attention to their own portentous expertise.

Wonderful article. Thanks for getting our brain going this morning.