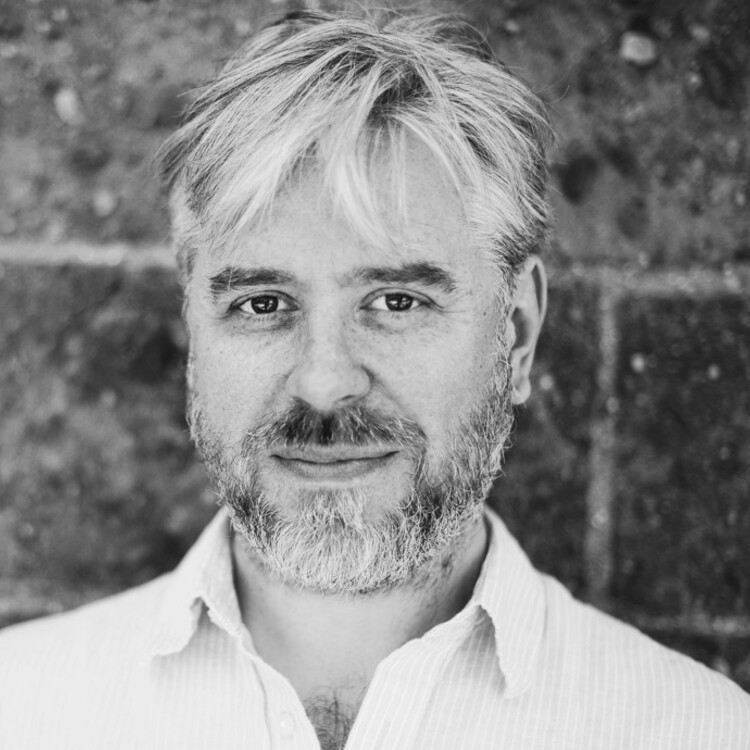 The Honeycomb Trilogy has been a part of my life for nearly four years now. It is a sci-fi thriller that follows a son (Abbie) and a daughter (Ronnie) through an alien invasion and human insurgency over the course of three plays. When it was first produced in 2012, it received rave reviews and an enormous audience response that meant a re-mount was in the works almost as soon as it closed.

Our theatre company, Gideon Productions, knew we couldn’t remount the show without the original Abbies and Ronnies. I use the plural because two actors play the characters—Becky Byers is the teenage and late-20s Ronnie, Hanna Cheek is the late-30s Ronnie, David Rosenblatt is the teenage and mid-20s Abbie, and Stephen Heskett plays the mid-30s Abbie.

In the morning, Abbie and Ronnie are teenagers sneaking out of the house and getting bullied at school. By the end of the night, they’re war-torn survivors of an apocalypse, standing defiantly against each other, literally limping towards the end of their lives.

So how do four actors play two roles, in a twenty-year story arc over three shows, in two productions, over three years?

Part of it is what actors have been doing for centuries: revisiting roles that they’ve done before. For these four actors, it’s particularly special because they created the roles, and nobody has ever played Ronnie and Abbie but them. More than that, all four of them have gone through huge life changes since the first productions, including spiritual awakenings, family loss, and even a cross-country move.

“You have this strange echo of a muscle memory from three years ago,” Hanna told me, at the bar outside the theatre where the five of us met. “Here we are, trying to NOT recreate what we did, trying to not play the show we did three years ago, to be open to finding new things and hoping and praying that the magic shows up again, and knowing that it only will if you shut up and be here now.”

Becky and David said their sibling relationship is much richer now. “I’m in a better place personally for these shows. I feel, therefore, like I can be more open as a human being, so I feel like we have an actual genuine connection that’s better or richer that it was the first time.” David added, “I echo the same thing. I feel like I’m in a better place with my life, and it let’s me be even more receptive to it. It feels like the goodness, the richness, of life has made it easier to get in there.”

Stephen, who has to carry the character Abbie through unimaginable loss, has found himself with a more profound understanding of his part in the show. “When I first did Abbie, I hadn’t, fortunately, experienced any personal loss. And then, between that point and now, just as Stephen, I had three grandparents pass away, father passed away, mother got cancer, brother got cancer…and that happened in that three years. So when I look back on what I thought about those trials that Abbie went through, I feel now that I understand loss a lot better. It’s not even the age thing. It’s experience.”

More than just re-visiting the characters, though, they have access to twenty years of storytelling and an entire world that has been researched and codified. This has made things easier in some cases, harder in others.

“This time it’s giving me a lot more freedom to have fun—not play a kid, but have more fun,” David said. “During the first read-through, we were talking about how much fun we can have. It feels like a lot more freedom to just play. We’re teenagers, so even though it’s life or death, it’s a different kind of ballgame.”

The fact that they watched each other in the plays the first time has given them a head start. “When I first did Blast Radius,” Becky said, referring to the second part of the trilogy, “I thought that I had to take Ronnie to a certain point in her development and then after seeing Sovereign, particularly Hanna’s performance in Sovereign, I realize I don’t have to go quite so far. She’s actually freed me, a little bit.”

Hanna agreed, “Being able to be there, actually seeing the development, the core moments that are the things that could be the kernels that fester and become Ronnie’s dominant belief system and traits…it’s awesome to actually watch the history of a character you’re playing. It’s a remarkable feeling.”

Stephen said, “For me, the most important thing about watching Advance Man was watching our parents and seeing that relationship. Reading it was one thing but seeing the actors relationship, seeing them play off each other, that was huge. I walked out of there and thought, ‘This is messing with me. I’ve got SO much to think about.’ It was a huge, huge, huge gift.”

But for Becky and David, their stories end at the end of Part Two. So how do they deal with knowing what comes next?

“I’m still staying away from all that,” David said, laughing. “I saw Sovereign and it was really intense to see it. I don’t think I could process it all and I haven’t re-read it. I don’t want to go to a rehearsal.”

Becky completely agreed. “I had wanted to go to a reading of Sovereign but then I thought, ‘Wait. Should I know so clearly where this is going? I vaguely know where I’m going as Ronnie but should I see it all?’ And I thought, ‘No. I shouldn’t deal with all that. I can’t have that yet.’”

Most challenging might be that all three shows are going up in a single day. In the morning, Abbie and Ronnie are teenagers sneaking out of the house and getting bullied at school. By the end of the night, they’re war-torn survivors of an apocalypse, standing defiantly against each other, literally limping towards the end of their lives.

Hanna summed up the acting experience like this: “Being able to see things that are referenced, pointedly, in Sovereign [part three] that go back to the beginning, being able to see how that banter was there, those snotty moments were there—and then how they grow based on input from the world? Specifically seeing those moments… You make this up for yourself, usually, and being able to say, ‘let me check the fucking bible’ and see it’s there is remarkable. I really feel like we’re all together now. We did this last time, we created a story in three parts, but it was getting parceled out and nobody knew. Now it feels like we’re all birthing this huge thing. It feels like we’re going to be able to do this more seamlessly—and in a way that maybe the audience won’t know, but we will—just how much richer it is, this passing of the baton, and how it’s the creation of a person, a whole person, from childhood through the major trials of adulthood. It’s a remarkable feeling, and it’s not just my imagination of something—it lives, it’s there, it’s human, it’s what you’re doing, and it’s a gift.”

Trying to get on your website...would love to read Honeycomb Trilogy, because i write fantasy, in both plays and novels, and sometimes direct them. judith@judithpratt.com