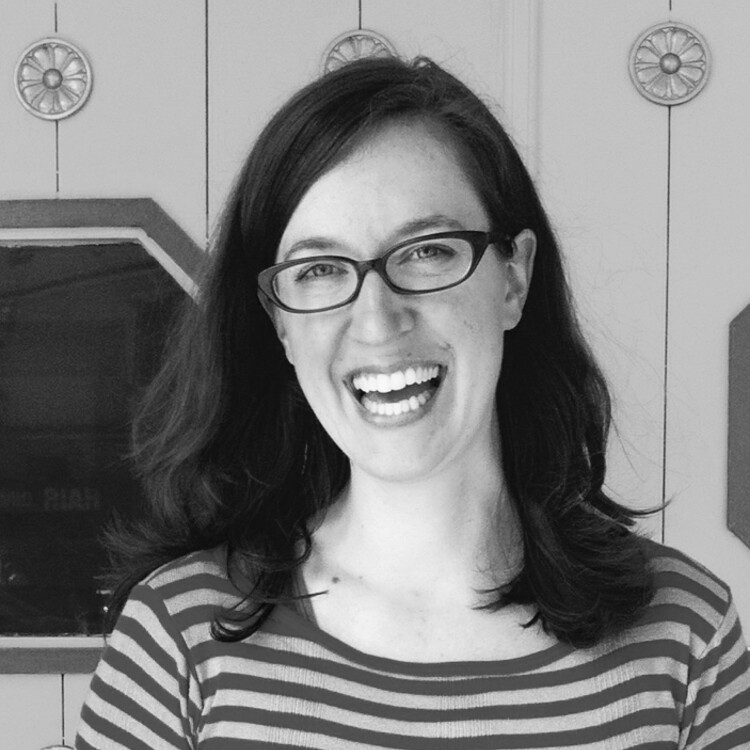 This chapter is excerpted from our new book The Penelope Project: An Arts-Based Odyssey to Change Elder Care. Sojourn Theatre and Anne Basting collaborated with Luther Manor Retirement Community in Milwaukee to create Finding Penelope, a site-specific play that traveled through the retirement community and retells The Odyssey from Penelope's perspective. Our book details how this two-year collaboration unfolded, from soup to nuts. Over a dozen Penelope collaborators contributed chapters to this book, voicing perspectives from artists, educators, students, long-term care providers, administrators, and retirees. This chapter describes the challenges and rewards of rehearsing in a place that is also a home to over 700 people.

Theatre rehearsals generally happen in a closed studio environment. This was not the case for Finding Penelope. The show was site-specific—it was created in and for a specific location. The play itself was a journey during which an audience moved through a long-term care facility. This meant that to rehearse the show, we had to work in that facility. The performance space was an active, living environment so every rehearsal became not only a testing ground for artistic ideas but also, an opportunity for building community around the project and good will for the event. Essentially, by asking audience members to move through Luther Manor with us, they became characters in the play and in the lives of hundreds of residents and staff members. We plotted the staging with great care. So, while having an open rehearsal can sometimes be a daunting, vulnerable situation, it was necessary for us because it kept us deeply entwined into the daily rhythms of Luther Manor.

When we were first getting to know the buildings of Luther Manor, we spent many hours wandering the hallways. We searched for spaces that would be great for performance and where it would also be possible to host daily rehearsals. For example, the lobby was a place that people passed through, but nobody really owned it, so our rehearsal work there would not be too disruptive. The lobby also provided us with a lovely sliding window—while usually used for foodservice, we used it as a puppet stage, allowing our performance to start with a moment of surprise and transformation. While working in the lobby area, we made sure to leave clear pathways so that residents could pass through or stop in as we worked. We hoped that our artistic conversations would soon seem as regular as any other conversation in the common spaces of Luther Manor. We hoped that eventually, Luther Manor would feel like a place where art was being made—anywhere, at any time.

The performance space was an active, living environment so every rehearsal became not only a testing ground for artistic ideas but also, an opportunity for building community around the project and good will for the event.

Although the lobby was a natural choice for rehearsals, the dining hall was not.

We were drawn to its wide windows and location at the heart of the assisted living wing called The Courtyards. Some staff discouraged our initial interest because the dining hall patterns of activity were ingrained and inflexible. Delaying the staff efforts there would cost money. Many of the residents in The Courtyards depended on the regularity of the meal schedule to structure their day and give them a sense of clarity. So, when we started to play in the space, there was confusion from some residents. They would start to line up on the benches outside the dining hall an hour before meals and we would be staging an epic battle scene or improvising a new dance. We had to enlist staff to be rehearsal assistants for the residents—sometimes they were able to engage residents in our work, sometimes it was easier to steer their focus elsewhere. The dining hall ended up being our most successful performance space but, the rehearsals required daily assessment and negotiation with the staff members who, at times, perceived our work as making their jobs more difficult.

Open rehearsals enabled us to prove our commitment to the project to staff. If staff felt at all like we were behaving like highfalutin’ artists, seeing ourselves as removed from their daily life, we would break the trust we’d built up so carefully. We had to be inviting staff, families, volunteers and resident to engage with the project at every step. There were 700 people on staff, so the process of communication had to be ongoing. There’s no way we were going to reach all 700 people at once. It was a day-to-day process. That meant respectfully engaging with the dining hall workers, striking up conversations with the janitors, and looking for unexpected allies around every corner.

For the artists and actors reading this, many will be unsettled. It is difficult to make rich and complicated artistic decisions without some degree of control over your rehearsal environment. This way of working takes considerable flexibility and openness from the performers. The Sojourn actors are also, uniquely, very comfortable as facilitators. They knew their behavior on rehearsal breaks was as important as their work in the scenes. And, of course, we did find time to cocoon a little bit and figure out the more complicated performance choices. That type of work is really essential in keeping the aesthetic qualities of the performance high.

For instance, in the final scene, performer James Hart has a lengthy monologue with the chorus. He really hit it out of the park in performance even though there wasn’t a lot of time to prepare him in terms of moment-to-moment work. The chorus was in flux each day so we didn’t know how many people would be onstage and how exactly James would be able to negotiate that crowd. James was so open to input and interaction but, as the script was changing, there were days when he basically said: “I need time to step away, memorize this, and quietly figure out what I’m doing with this scene.” For our performers to do their best work, making room for that attention to detail was essential.

We found balancing inclusion and rigor to be an interesting parallel to the daily work of staff members who work at these long-term care communities. They are dealing with constant requests for their time and attention. How do they find the time to do their jobs as well as they would like and still stay engaged? We were very impressed with the Luther Manor staff, in terms of how adaptive they were within their own work lives while maintaining a high standard of work.

We also found interesting parallels between the type of privacy that you relinquish in an open rehearsal environment and the way privacy can be compromised in a care setting. The artists need quiet time to work but they also need the support and input of the community to make a robust performance. Many residents enter Luther Manor because they need the care and supervision of a trained staff, but they also value their autonomy. Both in the artistic and the care settings, we are trying to negotiate the role of the individual in an environment that is necessarily collaborative.

While open rehearsals took a great deal of persistence and negotiation, we believe they paid off in the end, particularly in the spaces where we had the least amount of control: the hallways. There are miles and miles of hallways at Luther Manor. For us, they became long skinny performance spaces, but they are also contained hundreds of literal doors into people’s homes. At each rehearsal, as we transitioned between spaces, we would quietly parade through the hallways, greeting residents as we walked. So, when it came time to open up the performances to the public, these greetings naturally remained.

When audiences entered the first hallway of Luther Manor, residents opened their doors and waved. Most of these residents were in wheelchairs. It was an incredibly inclusive moment but, also, in an artistic frame it embodied what I want from an actor onstage—an intimacy that is both effortless and complicated. When those residents opened their doors, they were saying, “This is my home, this is my room, this is my disability, and I am welcoming you.” They came through the piece for maybe thirty seconds and many of them we only knew because we were friendly as we passed their door every day—but, their participation was potent and memorable. This may have been one of the greatest things we learned from this process: when working in a community-engaged, site-specific process, the frame is everything. Giving residents the right frame gives them the same power, in their own home, as a great actor on the stage. Each is choosing, in their moment of being seen, what to share and how to share it. That takes an openness on the part of all the collaborators. That openness is what the open rehearsal process allowed us to find.

Such an interesting challenge! I have an anecdotal response. While recently rehearsing The Water Project (an original site-specific immersive production) with TheatreTruck in New Salem, MA, I was struck by the opportunity to build community when the staff of the historical society (in which the work took place and rehearsed) became intrinsically involved. Sometimes it felt invasive, but what it pushed was trust-building and real relationships. They weren't just handing us the keys - they were there and we had to prove our respect for their "home", talk to them about it, let them see -- they were total outsiders to theatre taking a risk by betting on us and we were made to reciprocate through our open rehearsal on their turf. And it did positively effect the work, absolutely. We were given extra insight into spaces and artifacts, we were made to see the space through their eyes, enriching and deepening the work and making it mean more. And when an 87 year old woman drove in one day to see if she could find a scholar we were working with (she had read about the project in the newspaper and just jumped in her car to see if she could find us) we held rehearsal for a half hour so they could talk. So they could make a real connection, deepen the story we were telling, give back. Well worth what would have felt like lost time in a closed rehearsal. A beautiful challenge -- the book sounds wonderful!

I'm curious to know more! I suppose I'll have to read the book.