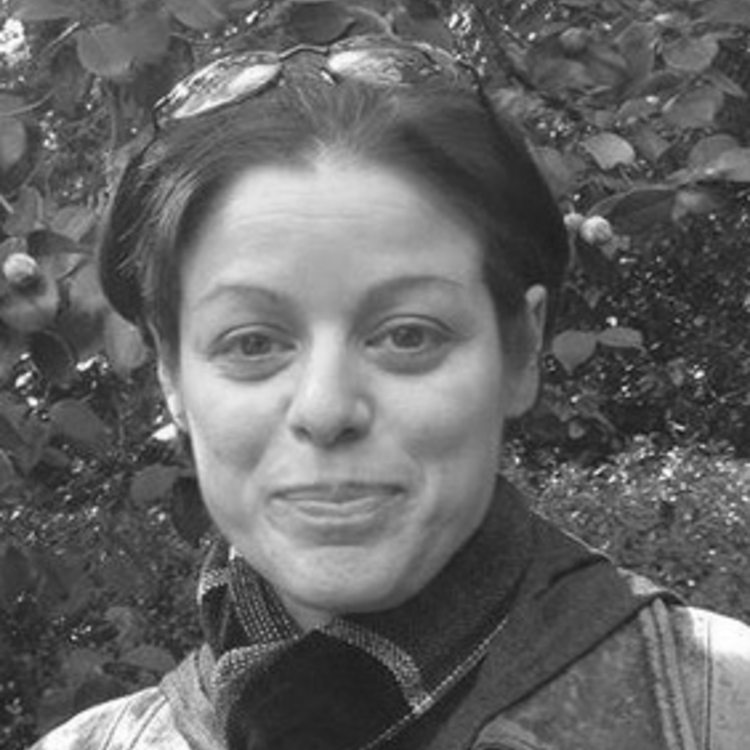 Virtual Reality and the Trump Effect

Political upheaval was the name of the game in 2016. First the Brexit referendum passed, removing the United Kingdom from the European Union. Five months later, Donald Trump won the United States presidential election. The causes of the two situations—debates over immigration, the rise of nationalism, economic gaps between rich and poor, voters fed up with political insiders—are clear, but one theme still seems to permeate every conversation about the results: disbelief. So it seems fitting that a play about virtual reality would resonate on both continents.

In the two short years between the world premiere of Lindsey Ferrentino’s Ugly Lies the Bone at the Roundabout Underground and its current London premiere at the National Theatre, the world has gone topsy-turvy. Would the changes to our political climates effect audience reaction? Does our new reality alter the way we engage with art? In the wake of Brexit and the US election, does theatre have a responsibility to overtly address politics, or is every story political even if politics is not directly discussed?

Set in 2011 at the time of the final space shuttle launch, Ugly Lies the Bone centers around Jess’s return to her hometown of Titusville, Florida, after an improvised explosive device (IED) injures her while serving in Afghanistan. Suffering from burns and skin grafts covering 30% of her body, Jess moves with great pain and effort. Yet she’s still the same strong-willed, determined woman who voluntarily served three tours in the army. Reintegrating into civilian life and reconnecting with family proves difficult. Her scars and lack of mobility make it hard to find a job. Her ex is now married. Loud noises trigger her post-traumatic stress. So does sand, which is just about everywhere in Florida. This is Jess’s new normal.

Brexit and Trump have made everyone much more politically engaged, aware, and vocal. Over the summer, all anyone could talk about was Brexit and all anyone can talk about now is Trump, even in London. —Lindsey Ferrentino

Born and raised in Cape Canaveral, Ferrentino began as an actor until a high school theatre teacher encouraged her to enter a playwriting contest. Years later, Ferrentino would turn to her hometown once again for inspiration. Written towards the end of graduate school at Hunter College, and before starting a second MFA at Yale, Ugly Lies the Bone was inspired by the closing of NASA’s space shuttle program, and the effect the shutdown had on her one-industry town. Simultaneously, through a close friend who was a psychologist at a veteran’s center, Ferrentino noticed a correlation between the struggles of returning veterans and what the town as a whole was experiencing. In a conversation for this piece, Ferrentino observed,

When the space shuttle program ended the whole landscape of Cape Canaveral changed, both physically and economically. We were a one-industry area. Anyone who could leave did. At the same time, I noticed a parallel between the town trying to start over and returning veterans looking to do the same thing in an area that had no opportunity to offer them.

Ugly Lies the Bone began to take shape, but it wasn’t until Ferrentino stumbled upon a GQ article, “Burning Man,” that the play came into focus. The piece explores a virtual reality video game, SnowWorld, and its therapeutic use for military burn victims. Immersing soldiers in an alternate reality allowed them to be distracted from the real-world and provided an escape from their physical and mental pain.

Subconsciously or not, our political situation—nationally and internationally—effects how we receive and respond to art.

Developed in the spring and summer of 2014 at some of the country’s preeminent new play programs, Ugly Lies the Bone premiered in the fall of 2015 in Roundabout Theatre’s intimate Underground space. Hailed as a “bracing drama that confronts an achingly topical issue with hardheaded honesty and admirable compassion” by The New York Times, it has gone on to productions across the country and is currently onstage in London, the first American play produced at the National since Brexit and the US election. Ferrentino observed the rise in political discourse, even around a play she hadn’t intended as overtly political. She states:

Brexit and Trump have made everyone much more politically engaged, aware, and vocal. In rehearsals we talked about the economic climate that created the two situations: the comparisons of the isolated one-industry towns, feeling out of touch with the working class and small towns, and being in this insular echo chamber of liberal cities and social media. Over the summer, all anyone could talk about was Brexit and all anyone can talk about now is Trump, even in London.

Subconsciously or not, our political situation—nationally and internationally—effects how we receive and respond to art. At the time of the Roundabout production, headlines of sexual assault in the military and the opening of all combat jobs to women put the experiences of female soldiers in the news. In addition, coverage continued on the Veterans Affairs (VA) scandal around patient care, and the economic crises being faced by one-industry towns had become more and more visible. Politically, support was growing for the UK Independence Party; while in the US, the GOP took back control of Congress in the midterm elections, setting the stage for Brexit and the 2016 election, respectively. Both Hillary Clinton and Donald Trump had announced their candidacy but we weren’t even halfway through the Republican debates and primaries seemed blissfully far away.

Brexit and the 2016 election have altered our perception of the world, altered our reality. And it’s still early. The process to leave the EU began in March 2017 and won’t complete until 2019. In the first months of Trump’s presidency we’ve seen millions protest his policies and nominations, the rise of alternative facts and the decline of international good will, legal and political opposition to legislation, and a Congressional investigation. Each new day brings another shock, another leak, another scandal. And it all plays out on Twitter. The virtual reality in Ugly Lies the Bone distracts Jess and eases her pain. Sharing our outrage on Facebook or Twitter offers similar respite. However, we can't avoid reality altogether. Escaping into the VR world of social media may assuage and even unite us; but, like Jess discovers, it is the flesh and bone reality we have to face if we’re going to heal.

Interesting observations about the parallels between the healing Jess goes through in this play and the healing we need as a country (and global community). I'm glad you pointed out the important, but ephemeral nature of the healing that the VR world provides for Jess.

I produced Ugly Lies the Bone with my high school students this past spring. Although we didn't attempt to explicitly draw those socio-political parallels with our production, one of the issues that we spent a lot of time discussing was how the VR sequences both DO and do NOT provide the healing she needs. What does she gain each time she goes to a VR session? How is each one different and how does she know when she needs to move to the 'next level'?

And, of course, as the play progresses, the VR also alternates between being a form of therapy and a form of escape....and I think the parallel you draw with social media is very applicable: There isn't really an 'escape' and ultimately the virtual world of online community reaches a logical limit.... The only solution (as it was for Jess) is the hard work of just living out the answer in real time, person-to-person, taking small victories as they come.

Great article Linda! I saw "Ugly Lies the Bones" at the National a couple of months ago. I enjoyed it very much. Sitting in the audience in London, the play felt very American to me - the accents, the setting, the relationships, all of it. I felt like they had staged America and we were watching helpless from the outside. This was partly due to the proscenium configuration of the Lyttelton Theatre that ensured that the amazing virtual reality projections that enveloped the stage, they did not bleed into the audience. But after reading your article, I'm also wondering if it's a reflection of the deliberate distance that Europeans are keeping as they observe America at the moment.

Thanks, Talya. Glad you enjoyed it (the article and the show). Interesting observation. Hope you're well.