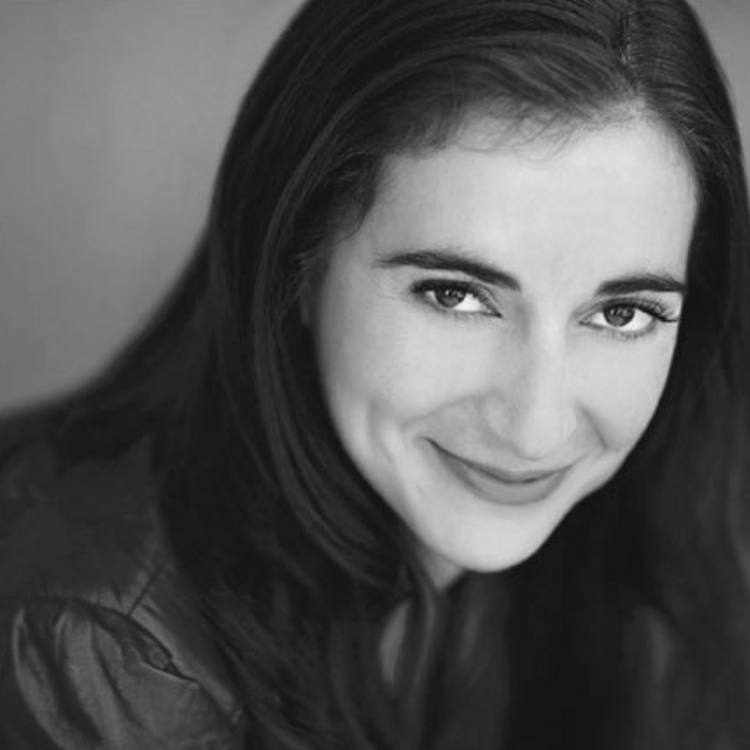 Aysan
Celik
Theatre in the Age of Climate Change

Does Laughter Have a Place Here?

Twice a year, I look forward to putting together this Theatre in the Age of Climate Change series. The depth and breadth of work being done at this intersection reminds me that though there are plenty of reasons to despair (here’s one of them), there are also countless people determined to keep the planet habitable, and all of its creatures alive and thriving. Aysan Celik has found that laughter has an important role to play in helping us understand the extent of the climate crisis, and that a good laugh may be just what we need to be compelled into action. —Chantal Bilodeau

I teach a class at New York University Abu Dhabi called Laughter. I hesitate to even say I teach—it’s more like… I lead a chaotic and artistic lab that produces different results every time, based on who is in the room.

Laughter is part of NYUAD’s Core Curriculum; students explore a big question and engage with different modes of thinking. In Laughter we ask: How does laughter function within us as individuals, in our relationships, and our greater communities? We look at sources of laughter (comedy and humor), and my students and I also become subjects of that inquiry. Every semester my fifteen students are from about ten different countries. They bring themselves—their social and cultural contexts and experiences, their overwhelming intelligence, their amazing sense of humor—to the room and to the work. Using my actor/theatremaker sensibility, I guide them through performances and presentations, collaborative and solo creative writing, devised group projects, peer feedback, and critical response to course texts—a curated compilation that includes live performance, play scripts and films, scholarly writing, and memoir.

[F]or them, laughter did not diminish or dismiss or distract. Rather, it enabled a kind of listening.

One such required “text” for our class was a performance of short climate change plays organized as part of Climate Change Theatre Action 2017.

Many of my students told me they were surprised by what theatre could do or be, and how quickly the room could shift from joy to awkwardness to pain. They had a strong response to the experience of comedy and laughter with these plays. In this context, for them, laughter did not diminish or dismiss or distract. Rather, it enabled a kind of listening. That’s what interested me most about their response: the fact that laughter created a space, a gap, a gasp, a moment of relaxation to really hear an idea. My student Nikoloz Adeishvili wrote:

[…] the most important part of the whole theatre action was hidden under the punch lines, humor, and beautiful acting. Climate change is the problem we are facing today, but no one really wants to properly talk about it. People usually get bored at very formal events or get overly amused at informal humorous events […] The reading performance managed to grasp the golden middle of the two extremes.

Two moments in particular caused strong reactions: one from Chantal Bilodeau’s Homo Sapiens and the other from Katie Pearl’s Appreciation.

In Homo Sapiens, we’re in the future and audience members are the ancient remaining surviving homo sapiens on display at a nature park. My students were utterly charmed by the characters: evolved humans from the future intrigued by the homo sapiens in front of them, scanning them with their phones for their species name, taking selfies, offering them chocolate, carefully tickling them under their chins. At the end of the play, one character is left alone with the homo sapiens. I think my students were disarmed by the humor so when it came to the character’s last speech they had no time to brace themselves:

[…] you know, whatever happened, I’m sure it was complicated, these things always are, so I’m gonna go out on a limb here and assume that you tried your best. It was a mess, some of you fucked up, some of you fought hard, and here we are. And isn’t it wonderful? You evolved. All of the shit you went through made you evolve into me, a new species, which, granted, is not the greatest thing since sliced bread but it’s a step forward. I mean, think about it. Six extinctions! Not one, not two, six! Six times the earth was nearly wiped out of all life so the odds that you and I would be standing here today...[...] So, thank you. Yeah... Thank you. Whatever you did wrong, you also did a lot of things right and that’s the story I want to remember. That’s the story I want to tell. That’s the story we need to celebrate: us, here, six extinctions later. I’m proud of being your kin, I really am. And I hope the species that comes after me will be proud of being mine.

Ok now me again. But wait, first imagine me as um, ice. Not ICE the immigration guys but ice. Like, I can be an icy glacial shelf that is trying not to break off a frozen landmass in the Antarctic. Can you imagine me like that? Ok here I am: I’m holding on tight, trying not to fracture... ok go! Applause!

Ok now I’m you. No, you’re you. No I’m me and you’re all a piece of land that went to court and won rights as a person, that won HUMAN RIGHTS! Let’s give that a round of applause, that is amazing! That took a lot of work!

Ok now it is 2011 and a man is going diving in the ocean in Japan, looking for his wife who got swept away by a Tsunami.

Ok now it is 2011 and you are the mother who is still floating a lunch down into the waves for her daughter who never was found from that same tsunami.

Can we give that some love, a little applause, I mean: talk about commitment!!

The play continues on, brilliantly so, shifting back and forth to different images related to climate change, based on past, present or future possibilities.

Many of my students expressed that was the moment when they knew they did not want to applaud—for the man diving into the ocean and the mother sending the lunch into the waves. That moment interests me. The shift in the room could be physically felt: the quality of the silence was incredible and awful. My sense is that their experience was something like this: they breathed in, preparing to laugh and clap as they had done repeatedly. They listened in a kind of shocked suspension, and in that gap, in that open-ness they heard and felt that image in a whole different way.

We as humans constantly “clap” for issues like climate change, we recognize the problem, but our only response is clapping, liking stuff on social media, or reading an article. What humor—and in some cases, dark humor—manages to do is raise awareness through joy and fun. Maybe more performances like this will make people do more than just clap.

During the panel discussion afterwards, Una introduced the idea of toggling back and forth between right now and a larger sense of time. What a perfect lens to examine how theatre might help us grasp and respond to climate change. In those two moments I described from Appreciation and Homo Sapiens (and many more), laughter facilitated that toggling. The experience of laughter popped us into a very present, in-the-moment space of sensitivity to the reality of a not-too-distant future. It enabled us to imagine the consequences, right now. Could laughter, as counterintuitive as it may seem, catalyze connection, accountability, and action? At the CCTA event, for my students and I, it did: carefully, intelligently, artfully so.

Your words are even kinder. One reason I've been giving this so much thought lately is because of the impulses that resulted in my latest play.

Aysan - I wanted to commend you on your post, and your class work on this very important subject. I was thinking about writing a similar post, but you saved me the trouble! Your class sounds very exciting and illuminating. Having written about social issues in both serious and funny plays, I've consistently found that the humorous approaches have been more effective. I do think it's true that humor is often devalued - if not downright scorned - by many who call for social change. And there's a big divide between audiences and critics when it comes to laughter in the theater. A play that contains humor is often derided as silly or as lacking serious intention - but audiences are often drawn to such work. For example, my 90's Humana Festival play BETTY THE YETI, which dealt with environmental destruction in the Pacific Northwest, continues to be embraced by a variety of audiences around the country ... but on first appearance, was met with condescension and revulsion by the national critics. That spoonful of sugar really does make the medicine go down. Even Shakespeare knew to inject moments of humor into his darkest tragedies. It wakes up the audience, and makes them think.

Jon, thank you for your kind words - I am honored by them. I could not agree more: I think humor does wake up the audience and make them think. Please, please write that post. I absolutely love your play Betty the Yeti! One of the reasons I created my class, is that as an actor and theatremaker, I want to explore the intersection of comedy and social change. I too am disheartened when comedy is devalued, not only as a theatrical form, but as a mode of performance. (I find comedy far more demanding than dramatic pieces, and I do not think I am alone in that experience.) My favorite comedic actors seem to be very much in touch with pain, or on the edge of it -- and I think that connection relates to how we can reach an audience. You made my day. Thank you. Please write about laughter in the theater. I would love to read it, I know many many people would love to read it, and we can continue this discourse...

Your words are even kinder. One reason I've been giving this so much thought lately is because of the impulses that resulted in my latest play. I was thinking about Ibsen's classic tragedy, Hedda Gabler, and how her character would react to her own fateful role if she suddenly became "woke," with a 21st century awareness. I started laughing at the very notion of it. And RESOLVING HEDDA, which just closed its premiere run in Los Angeles, resulted in bigger and more consistent laughter than any play I have ever written. Luckily, this time the critics were on board too, underlining its feminist themes in the face of Trump and Weinstein (Ibsen's creation of Judge Brack was quite prescient). I'm just referencing it to prove the following point: it is absolutely possible to make people laugh and have them think about contemporary social issues - at the same time!