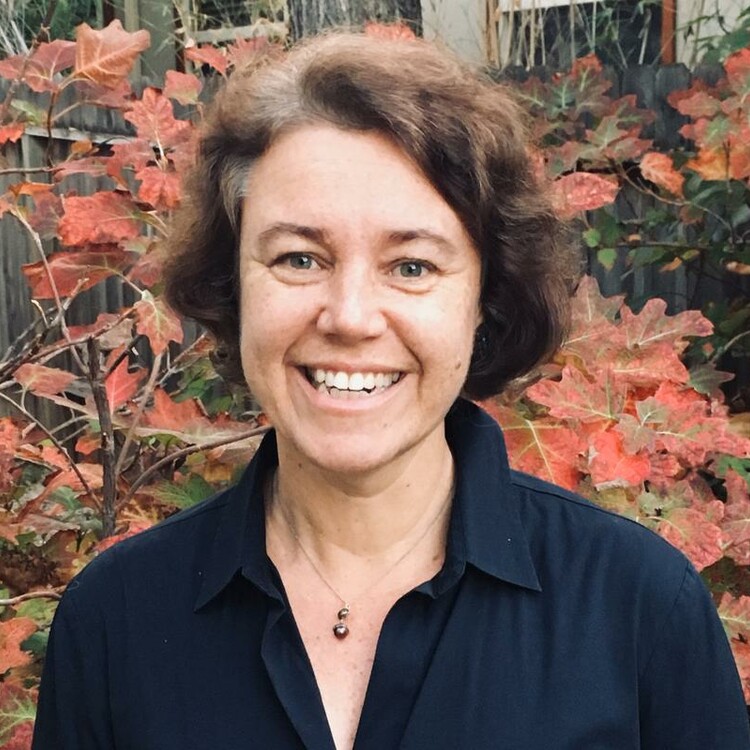 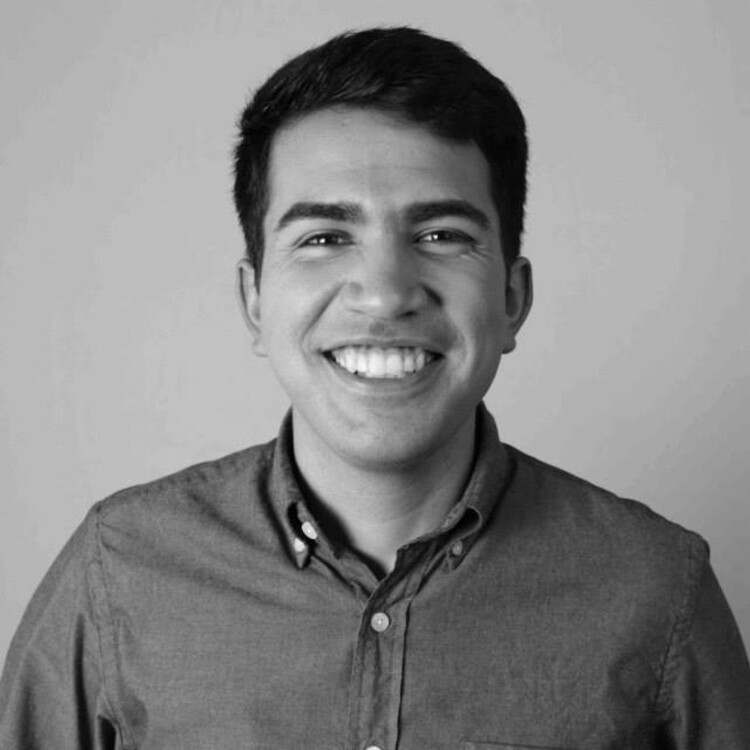 In this year of JUBILEE, as theatres across the United States take up the challenge of expanding their repertoire to tell a more representative set of stories, can diversity extend beyond contemporary theatre? Can earlier periods offer anything other than the usual suspects and the usual canon? Beyond the English-language tradition lies a rich corpus of classical work that was, and remains, remarkably hospitable to women. If you look there, you need not wonder what Shakespeare’s sister might have written. Instead, you can produce actual plays by successful female playwrights who wrote enduring classics.

Unlike in Shakespeare’s England, women acted professionally across the Spanish-speaking world in the seventeenth century, from Madrid and Seville to Mexico City and Lima, and playwrights wrote for the divas they hoped would bring their comedias to life. As was the case in Italy before them, women in the Hispanic world also became company managers (autoras de comedias), charged with commissioning, buying, and producing plays. Women themselves wrote everything from urban, commercial theatre to plays for convent celebrations. 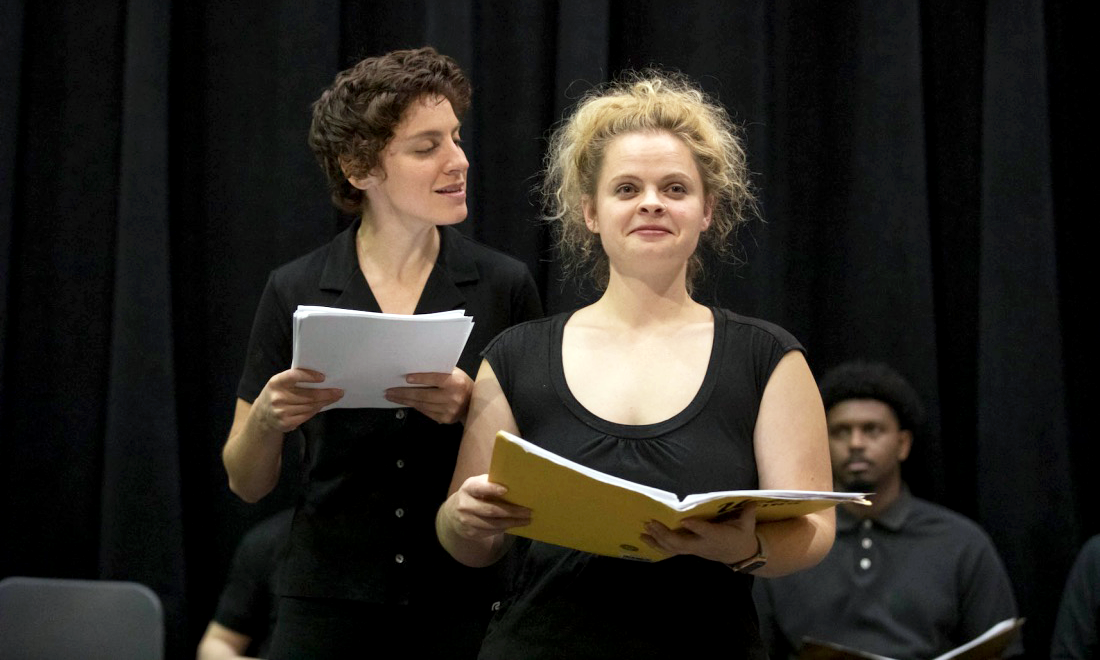 These plays offer powerful—even radical—alternatives to the prevailing gender system, thrilling audiences to this day. Playfully engaging the male dramatists of their time, they imagine gender-bending protagonists who stand out for their wit, resourcefulness, and agency. The voices of these seventeenth-century playwrights add an important dimension to the JUBILEE, reminding us that women writers have long offered an alternative point of view, not only producing their own classics but helping to shape and transform the traditions in which they work. In the context of JUBILEE, their works can remind modern audiences that the past was not always conservative simply because it was past. Instead, their plays show abundant evidence of more challenging, less traditional points of view, as long as we are willing to stage them.

Among Spain’s most celebrated playwrights of the era was Ana Caro (ca.1601–ca.1645). A recently found baptismal document suggests that she was born into slavery in Granada and subsequently adopted by an officer there. This makes Caro all the more intriguing, as a female dramatist—possibly of African origin, possibly a descendant of Spain’s forcibly converted Muslims—who brings to the fore in her writing issues of social justice.

Caro made her living as a playwright in Seville and Madrid. She has her own male characters note how remarkable this is—a woman writing!—with a mix of surprise and sarcasm. Caro was widely admired by her contemporaries, both male and female, and her powerful vision of female agency continues to impress audiences today. She had a remarkable facility as a playwright, and her daring critique of gender norms shines in Valor, agravio, y mujer (The Courage to Right a Woman’s Wrongs), probably written in the 1630s. The play reworks the Don Juan myth, popularized by the wildly successful The Trickster of Seville. As most audiences know, Don Juan is an unfaithful narcissist who seduces women only to abandon them once he gets what he wants. True to form, Valor’s Don Juan abandons Leonor, our heroine, once he has slept with her. Leonor becomes “Leonardo” and follows her fickle lover to Brussels, where s/he runs circles around him and seduces the noblewoman that Don Juan courts next. Leonor/Leonardo is witty, strong, and sympathetic, while the role as written gives actors a chance to explore an extraordinary gender position.

Beyond the English-language tradition lies a rich corpus of classical work that was, and remains, remarkably hospitable to women.

Caro’s play provides modern audiences with the kind of transformative, inclusive revision that JUBILEE programming is designed to encourage. In the last two decades, Caro’s Valor has generated significant interest on stages around the United States and Spain. In New York, Leyma López directed Valor for Repertorio Español as part of the 2017–18 season, underscoring the continuing relevance of the play to our current moment: “It’s a strong statement when a woman is the protagonist of the whole story and forces us to listen to her as a human being,” López explained in an interview in Comedia Performance. UCLA’s Diversifying the Classics project, which we are part of, has now translated Valor into English under the title The Courage to Right a Woman’s Wrongs. First presented in a staged reading at UCLA in November 2019, directed by Michael Hackett, Courage will have a full production there in winter 2021 and will be presented as a staged reading as part of Red Bull’s Revelation Readings series.

A generation after Ana Caro’s death, one of the most famous playwrights and poets of the Spanish-speaking world was Sor Juana Inés de la Cruz (ca.1651–1695), who wrote in New Spain (colonial Mexico). Though best known for defending women’s rights to think, learn, and write in her wry treatise, Response to Sor Filotea, as well as for her feminist poetry, Sor Juana also wrote comedies, farces, and autos sacramentales—religious plays that marked Catholic holidays. Her work crossed the Atlantic and was celebrated in Europe as in the Americas, yet she introduces in her writing a number of distinctively American details, placing her homeland of New Spain on the literary map. 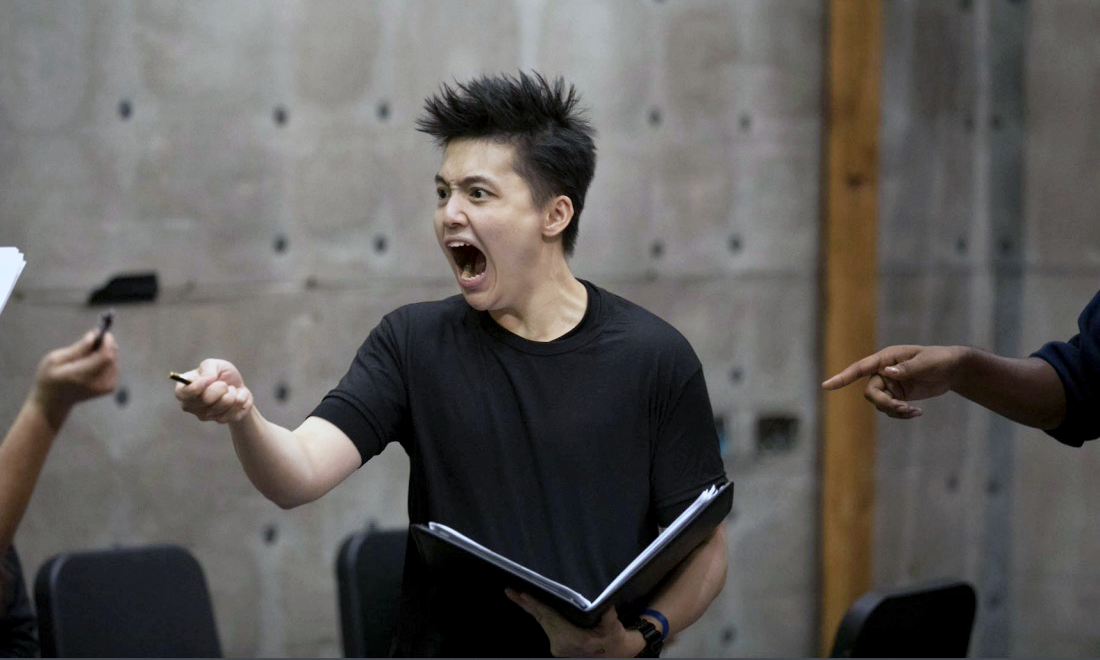 Sor Juana’s Mexico was a huge, thriving metropolis, full of opportunities for people to (re)invent themselves. A lively intellectual and artistic scene centered around the dazzling viceregal court. Born out of wedlock to a Creole woman of the upper classes and a Spanish captain, Juana served as a lady-in-waiting at court before entering the Convent of Saint Jerome at eighteen, presumably to enable her intellectual pursuits. Even as a nun, she received frequent commissions from the court and wrote many pieces on its main players.

Unlike Caro, Sor Juana has been translated often, which offers directors in the English-speaking world their choice of versions as they contemplate their planning for the JUBILEE year. Her most famous play, Los empeños de una casa (1683), has been variously rendered as The House of Trials (David Pasto), Trials of a Noble House (G. J. Racz), House of Desires (Catherine Boyle), and One House, Many Complications, or Hostages in the House (Dakin Matthews). Empeños can refer to everything from efforts to trials to things that are pawned; as Matthews explains, it is a “devilishly hard word to translate and a very easy one to underestimate,” but generally signals the conflicting expectations and obligations that ensnare the characters. Under these various titles lies a fast-paced comedy of mistaken identities. Young lovers must negotiate their desires while caught in a bewildering house where everyone is figuratively, and literally, in the dark.

The voices of these seventeenth-century playwrights add an important dimension to the JUBILEE.

Sor Juana’s fierce interrogation of gender expectations does not shy away from female desire or from cross-dressing. Like Caro rewriting Don Juan, Sor Juana also rewrites an earlier play: Calderón’s cloak-and-dagger drama Los empeños de un acaso, which could be translated as The Trials of Chance. The wordplay (casa/acaso) makes it clear that Sor Juana is taking on her predecessor, largely by making her focus the domestic space—la casa—in which all the characters somehow land. Though both plays employ the conventions of the genre, including complex love triangles, disguises, and an intense concern with honor, they differ significantly in the space given to female agency. While male violence often haunts comedia plots, in Sor Juana’s world it is more a threat than a fact. When it does finally materialize, it appears merely as farce. Instead, wit prevails, offering an alternative to the predominant honor system centered on that violence.

Empeños opens with Ana confiding in Celia about her desires, only to be interrupted by her brother, Pedro, who has dragged a woman in from the street. This is our protagonist, Leonor (a good name for a heroine, apparently), who has a lot in common with her creator—she humble brags that she is famous for her learning and her wit. Leonor is sorely tested when Pedro, a most inconvenient suitor, interrupts her elopement with her beloved Carlos and drags her to his house instead, leaving her in Ana’s care. Trapped in the house, Leonor must resist Pedro while figuring out how to marry the man she loves. Instrumental to these efforts is Carlos’s brown-skinned servant, Castaño (Chestnut), who cross-dresses as an aristocratic woman to distract Pedro from Leonor. While he takes on new gender, class, and ethnic identities, Castaño reflects on his transformation on stage. In a long, show-stopping scene, he puts on femininity, from clothes to make-up to a flirtatious fan.

As Castaño anticipates, Pedro is quite taken with him. Our Mexican playwright thereby sends up patriarchal and heterosexist mores while suggesting that ethnic identity may be as pliable and as performative as gender. 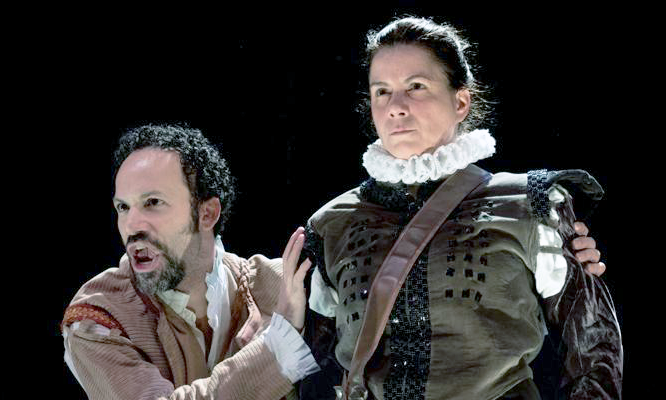 Not surprisingly, Sor Juana’s theatrical masterpiece is produced often in the Spanish-speaking world, with recent productions in Mexico, Chile, Spain, and elsewhere. A recent version at the UNAM (Mexico) took Sor Juana’s gender trouble even further, cross-casting several characters (including a bearded Ana) long before Castaño’s self-transformation. Productions in English include Pasto’s House of Trials at Crisis Point Theatre at the University of Minnesota in 2001, Boyle’s House of Desires at the Royal Shakespeare Company in 2004, and in a staged reading at New Perspectives in New York in 2015.

In whatever language and whatever version, Ana Caro, Sor Juana, and others like them—María de Zayas, Feliciana Enríquez de Guzmán, Marcela de San Félix—deserve a much wider audience, and the year of JUBILEE provides a perfect opportunity to engage them. As we diversify both our classical repertoire and the range of practitioners involved in bringing it to life, we may find that though Shakespeare had no sister, the female comedia writers of the Spanish-speaking world could certainly give him a run for his money.

Hi Kevin! It's available here along with our other translations of this amazing corpus: http://diversifyingtheclassics.humanities.ucla.edu/initiatives/translations/

Where can we find copies of these scripts?!?