The Road to New Writing 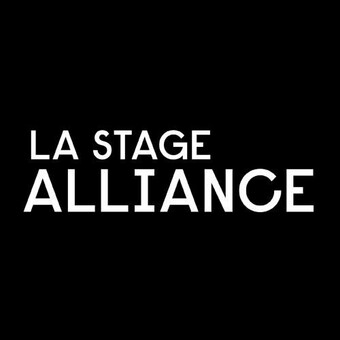 It was a sunny day in May and LA Stage Alliance was hosting LA Stage Day, a gathering of Los Angeles theater folk centered around inspirational presentations, workshops, and breakout sessions. So I ventured down the 5 to University Hills, just off the 10, where participants in small group discussions like "Leading Diversity on the LA Stage," "New Media in the Rehearsal Room," and "Blue Sky: What Are Your Dream Ideas?" were sharing best practices, brainstorming new ideas, and challenging their own assumptions about how theater works.

As part of a day geared around questions like how to engage new, increasingly diverse, tech savvy audiences, the playwriting workshop stood out for advocating the safest route to getting produced. Led by four men and one woman, "Play!: The 60-minute Everything-You-Need-to-Know-About-Playwriting-in-LA Marathon" offered such revelatory tidbits as "cast a name actor or no one will come see your play," "every story has to have a protagonist and a resolution," and "plays only get produced when they have small casts and one set." Now these things are all well and good if that's the kind of play you want to write, but what if the best actors you can get have impeccable training but aren't names? What if the world as you see it or as you want to show it has multiple protagonists and locations, lots of people, and conflicts that don't necessarily get resolved? What if you want to make art more than you want to sell tickets? What if you're a woman?

In search of more fertile ground for innovative new play development, I headed up the 101 to Silver Lake for a reading of Crazy Bitch, a new play by Jennie Webb, presented by The Playwrights Union. As if the theater gods had heard my cry, Webb's 70-minute play has not one but four protagonists, one of which is a character called The Immortal Jellyfish who is described as 4.5mm wide and lives in a petri dish. And though the play, which is set in LA, deeply investigates questions of life and death, the actual plot is left unresolved. Asked to what extent her play was consciously created in relation to the commercialism of Los Angeles, Webb said:

I've lived here all my life but this is the first play I've set here. I just got tired of all the new plays set in New York and gave myself a challenge to set one in LA. But I'm not savvy enough to write what's producible. I write what I write and I hope it speaks to someone. I'd rather write plays where a woman loses body parts or shoes start raining from the ceiling. I call it "domestic absurdism," with domestic meaning everyday life, because I find that life is absurd, especially for women.

In contrast to the male-heavy representation among speakers at LA Stage Day, a full five of the seven readings done that weekend by The Playwrights Union were by women. The Union, which began in 2009 as a meeting of interested colleagues in organizer Jennifer Haley's backyard, hosts an annual February challenge to write a play in a month. Participating playwrights gather over a long weekend to read and talk about one another's plays. They do another round of rewrites and then host a weekend of public readings with actors. Haley, whose own play The Nether recently premiered at Center Theater Group's Kirk Douglas Theater, told me:

We have about thirty members, and there was a time when we had to recruit men in order to achieve parity. Right now it's about even, but more women participated in the February Challenge that led to these plays.

Asked how her writing functions in relation to the commercial culture of Hollywood and the idea of what's "producible," Haley offered:

I've worked as a playwright in Austin, Seattle and all over the East Coast. Studying at Brown with Paula Vogel, I learned to play with both experimental and traditional forms.  I think circulation in a variety of theater communities helps you look at different models… there are new Playwrights arriving all the time in LA, and it will be interesting to see if this influences the kind of work being done here.

Though many playwrights are drawn to Los Angeles to write for television, others come here to study and end up making the city their home. Brittany Knupper, a recent grad from the playwriting program headed by Alice Tuan at the California Institute of the Arts—just up the 5 from the Valley—talked to me about her first year living here as a writer:

A lot of people their first year out of school have an existential crisis. Maybe mine just hasn’t hit yet but it hasn’t been that bad. Then again I constantly feel like I’m in an existential crisis, so maybe I’m just used to it. At CalArts I felt like I wasn't being experimental enough as a writer, but in Hollywood people think what I do is too experimental. LA is such an industry town: People are trying to do anything they can to make a connection. You can feel the desperation. It's funky and weird and gross, and I kind of like how dirty and weird it is.

Knupper has found an artistic outlet in storytelling, a popular form of Los Angeles entertainment in which people gather in theaters, bars, and homes to hear individuals read stories, usually autobiographical, but sometimes fictional. These pop-up salons feature the work of playwrights, journalists, fiction writers, and essayists and provide writers with regular opportunities to present work and receive feedback from within a supportive community.

Because the nightmare of driving in LA keeps most Angelenos locked in their own neighborhoods, writers who want to reach a city-wide audience have to create communities like these, organized around the discipline rather than through established institutions. Jennie Webb and writer/mythologist Laura Shamas formed just such an association in 2009—the Los Angeles Female Playwrights Initiative—to coordinate efforts to get more plays by women produced on local stages. Webb related,

Clearly LA is not lacking in women playwrights, yet a study done by LAFPI in conjunction with LA Stage Alliance revealed that between 2000 and 2010, only 20% of plays produced in Los Angeles were written or co-written by women.

Hopefully next year's LA Stage Day will address the lack of gender diversity on our city's stages. Organizers at the Alliance should start by asking more women to speak and conduct workshops and should include breakout sessions addressing the issue. For their part, producers need to recognize that the only way to appeal to new audiences is to tell stories in new ways, which is why I'm going to stay on the trail of the LA writing underground, where work by women—and experimental work at that—is flourishing. In fact, on Sunday I'm hosting a reading of Knupper's play, Galatea, in my backyard. If you can make it up the 405, then come on out.

Love the piece! Glad we are looking at, not just what makes a million dollars but what people are just doing. Regardless of what they get back. Those are trends of culture and just as important as what CTG puts out. Same thing is going on in film. Company's are scared to produce anything but blockbusters but the really interesting thing is what is happening with all the new film artists just buying cameras and putting stuff on YouTube or small festivals. Great stuff Holly!

Great article. I don't live in LA, but can relate all the same!

Thanks for addressing this important topic!!

Thanks for this Holly! As a native Angeleno I do take some issue with statements like "LA is almost pridefully inaccessible" (although I know that's not your quote) because they equate LA with the industry and don't generally reflect my experiences of the city itself. But that's another kettle of fish. I'm so happy you're writing about theatre in LA and that there are things like The Playwrights Union happening. I'm headed there for 2 weeks in the beginning of July and would love to see some of their work and/or some LAFPI work while I'm there -- if anyone has suggestions, let me know!

This was a fantastic read. And you're absolutely right. We've already begun discussing next year's LA STAGE Day at LA STAGE Alliance, and ensuring that more women are represented (across the board -- panels, workshops, discussions, lectures) from all aspects of theatre is definitely one of our top priorities.

So thanks for this, and we look forward to seeing you next year. :)