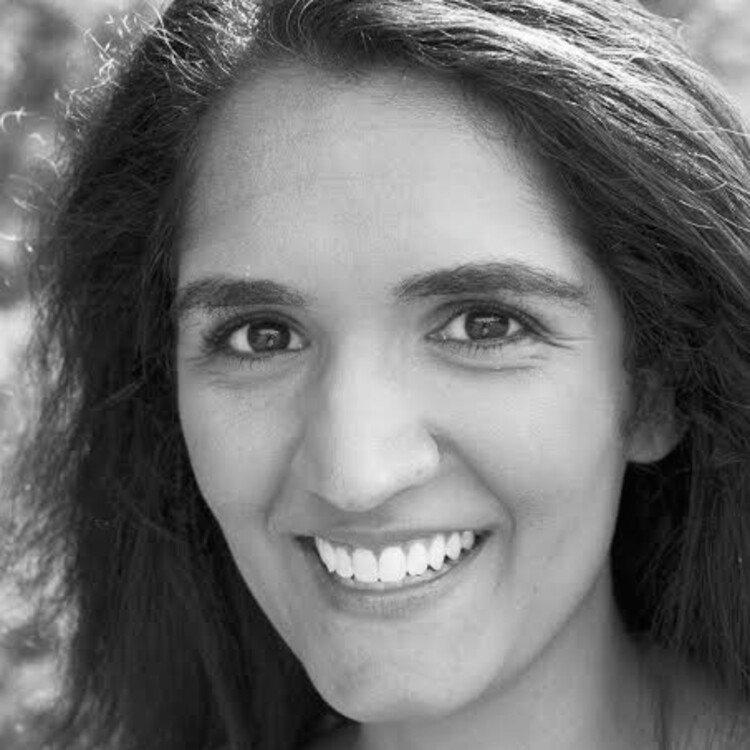 In January 2011, a friend invited me to the inaugural performance of the Back Room Shakespeare Project–they were performing Much Ado About Nothing, after only two rehearsals, in the back room of a bar in Roscoe Village, Chicago. It sounded like a terrible idea, honestly, but a friend’s a friend and so I arrived, beverage in hand, to see his turn as Borachio. Before the performance, co-founders Samuel Taylor and Kelley Ristow explained the logic behind their rehearsal process: according to them, legend has it that Shakespeare’s actors had only a few rehearsals to work the entrances/exits/fights/dances, and otherwise, then prepared on their own, arrived on the night—fully memorized—and spoke those now infamous words out loud together for the first time.

What resulted is what I now refer to as the Pro Bowl of Theater—a group of trained, professional players who knew the game well but had only scrimmaged together a few times performed a low-stakes but highly entertaining exhibition game for their enthusiastic fan base. No director was employed; a project leader spearheaded casting and cutting the play, but every other decision was made by the actors individually. As an audience member, the play became extremely accessible because I experienced it as new work. Not every choice works, but like Drew Brees’ failed attempt to kick a field goal in the 2012 Pro Bowl, we delight in the boldness of the attempt.

After three years of sitting on the sidelines, I was dying to jump in myself. I approached several acting students at The Theatre School at DePaul University (where I’m currently pursuing an MFA in Directing). I offered to cut Henry IV, Part One down to ninety minutes, schedule two rehearsals and one performance, and find a part for anyone who wanted to participate. Eighteen actors jumped on board, and I was determined to not direct them in this play. I often semi-seriously joke that 95% of directing is casting well and knowing when to get out of the way, and I figured this would be the perfect opportunity to test that theory.

On August 30, we took a few hours to read through the cut, stopping between scenes to make sure the ensemble was clear on basic givens. There was no discussion of actions, intentions, etc. The remainder of the rehearsal was turned over to the actors playing Worcester and Hotspur, who sketched in some fight choreography for the Act V battle sequence. On the sidelines, Lady Mortimer riffed on some potential Welsh songs with her stage husband. At the end of rehearsal, Lady Percy asked me if we could end the performance with an ensemble dance. “Totally,” I said. “Can you make that happen?” She arrived at the following rehearsal with choreography and had arranged for two other cast members to underscore the dance with original music on guitar and banjo. 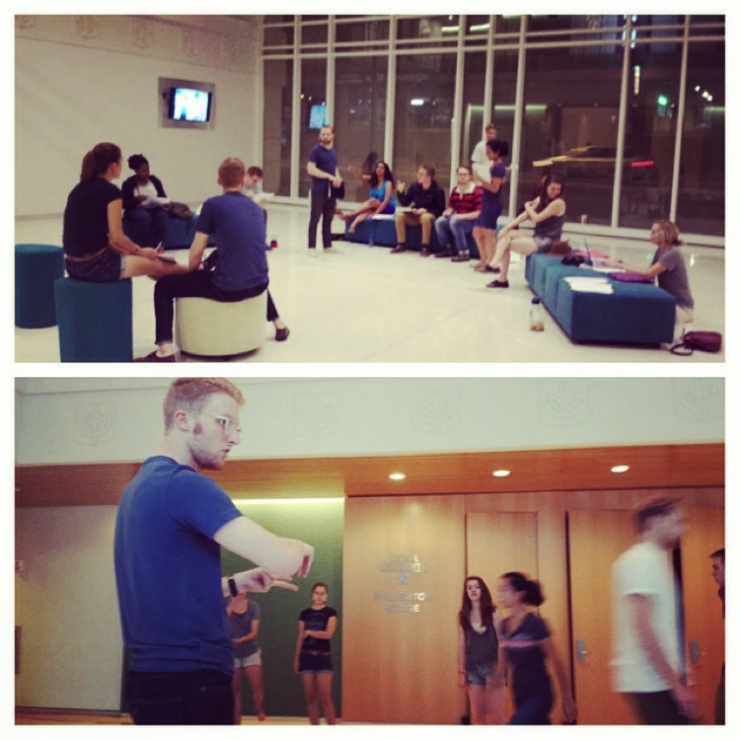 The longest, least focused part of the process centered on a discussion of our company name; finally Peter Varga (Bardolph) proposed “the Mildly Rehearsed Players.” “We perform mildly rehearsed plays,” he simply said. I will admit to mildly directing the last hour of rehearsal, which consisted of an entrance/exit cue-to-cue: I’d call out a scene, ask the actors involved two questions: “Where do you want to enter?” and “Where do you want to exit?”

Say “yes” early and often.
Dexter Bullard, Head of the Graduate Acting program at DePaul, often says that directing is “three weeks of ‘yes’ and one week of ‘no.’” Due to the limited rehearsal time, I said “yes” to everything. Unsurprisingly, this empowered the actors. What did surprise me was how much not directing allowed me to set aside my ego. The process became entirely about setting other people up for success, which created the ideal collaborative environment. If an idea didn’t work, the whole room knew it—we didn’t try to unpack or even comment on it. We just moved on.

Say “I don’t know” whenever appropriate.
“Lavina, where are we starting?” the actors almost immediately asked at the start of the second rehearsal. I squashed an impulse to run the room and simply replied, “I don’t know, where do you think we should start?” There was a brief pause, then someone proposed a plan, and I felt the room silently turn to me and ask, “Is that okay?” It was totally weird. I kept saying those three little words, and by the end of the day, I meant them. Again, ego went out the door and decisions were made more quickly.

In the last hour of rehearsal, countless decisions were made regarding entrances and exits. I was confident that at least one of them would be forgotten on the night, resulting in an awkward pause at best and a full-on train wreck at worst. Neither occurred, because the actors fully owned their decisions. And if they did miss or rearrange an entrance, I didn’t notice—I hadn’t prescribed any blocking, so I wasn’t concerned that anyone remembered something correctly. In this context, the actor who was doing their job “right” was the one who was forwarding the story.

Attend to entrances and exits.
The way an actor enters a playing space tells the audience where s/he’s coming from; the same is true of his/her exit. Shakespeare didn’t use many stage directions, and depending on which edition of the text you’re using, entrances and exits might vary or not occur at all. Allowing my company to define their own entrances and exits empowered them to fully define their characters. They created the circumstances bookending each of their scenes, inventing vivid “moments before” to drive them onstage and immediate needs to pull them off of it. I never asked a single question about those imagined circumstances, but they were inherently clear in the work and heightened the stakes in each scene as a result.

Let the language do the work for you.
The limited group rehearsal time encouraged actors to spend a good deal of time with the text, on their own terms. With little feedback from an outside eye, the company was forced to closely examine the text for clues about their characters. The occasional prop or costume piece was included, but for the most part the actors focused on breath and text—basic tools that inform big choices. 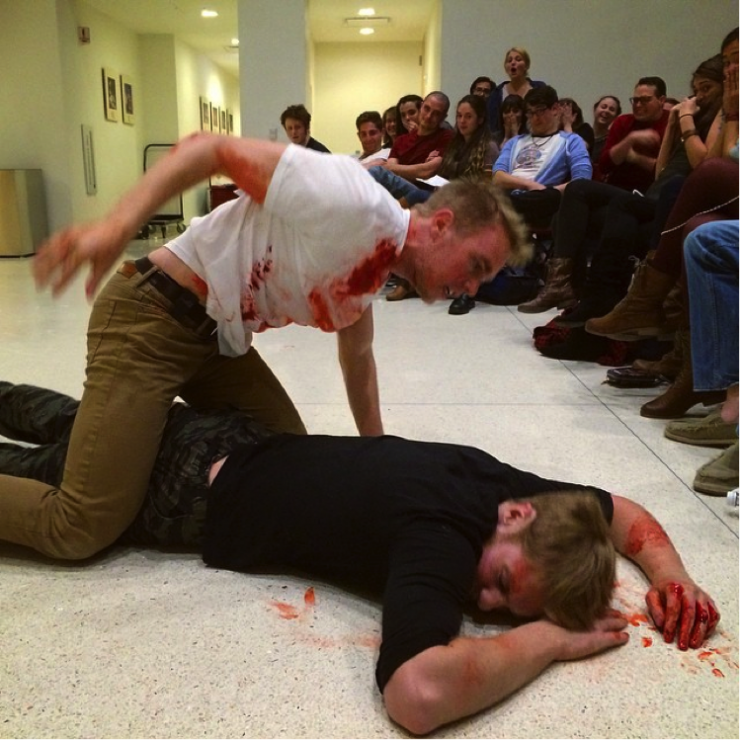 My colleague Michael Osinski once told me that he struggled with the balance between gripping the directorial wheel too tightly and taking his hands off of it entirely. This process enabled me to walk the fine line between those two areas—I made several decisions early on with regards to the cut, casting, and ground plan, but very few after that. I found that this allowed me to work smarter, not harder.

Perhaps the most painful part of the directing process is when we birth a show we love, and then have to walk away from it after opening night. When we excel at our jobs, we create working environments that result in self-sufficient companies that know the story well enough to tell it without us. We know that we’ve succeeded if we’ve made ourselves obsolete. On the opening (and closing) night of this production of Henry IV, Part One, I didn’t experience that painful separation—despite taking my hands off the wheel during rehearsals (or perhaps because of it), I was able to stay fully engaged with this process.

What a fantastic idea!

What a fantastic idea! Having been part of a Shakespeare performance troupe, one of the goals we tirelessly worked on was to make Shakespeare accessible to our audience. Our physical action, our expressions had to be honed and perfected so that they worked beyond the words. We performed parodies as well, but this idea is completely new to me. Holding a two-day collaborative rehearsal based on a previously cut script sounds like an amazing strategy to bring out the physicality and dynamism in his plays. The audience’s intrigue is probably heightened by curiosity—how on earth did you manage to put that together so quickly? I imagine that while these sorts of performances can stand well on their own, this would also work as a strategy to better understand Shakespeare’s plays. Have an initial performance after two days and let that inform the way you direct a fully rehearsed and staged production of the same play two months later. A sort of pretest with the audience—what worked, what didn’t?

Heady discoveries. Are you familiar with Patrick Tucker's work with "original practices"? If not, seek friendlyfolio.com

As a director, any process that gets you to take your ego out of the equation - or at least makes you aware of how your ego is invested - is one of the most relevant discoveries you can make. This essay is great. Thanks for putting it together.

This is Samuel Taylor. Hello! I'm unspeakably happy to know that the conversation about this way of working goes on and takes new life in new places. I am very sorry I couldn't be there for it, Lavina - I was in Wisconsin. We've been hacking away at our methods now for three and a half years - and I'd love to get a chance to talk through how the good stuff from this way of working can intersect with the good stuff of direction. Marti Lyons and I have been having that conversation now for a while. The whole thing has certainly altered how I as an actor walk into every rehearsal room willing to have me.

Fantastic write-up and concept! Thank you. It will inform my playwriting process. Cheers.

What fun! How freeing for all concerned. And I love "Three weeks of yes, one week of no."

Wow! I might want to try this, as it would not only get my plays on their feet and avoid the dreaded staged reading, but it would also uncover a new way to approach bringing the text to life.

Go for it Daniel! I find that a 90 minute cut is ideal (for both actors and audiences), but other than that there are very few "rules." Our job is not to get it right -- our job is to bring the text alive.

Can I steal this?

A terrific write-up, and inspiring. You make me want to try this with my students at Smith College.

I wish I had seen that! Sounds like a great time.