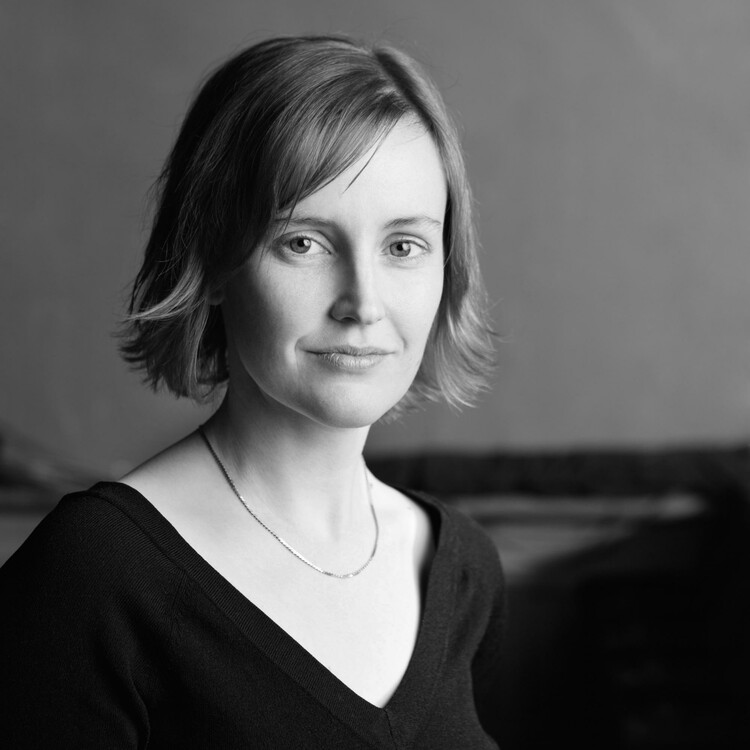 Sarah Cameron
Sunde
Theatre in the Age of Climate Change

36.5 / a durational performance with the sea

This week on HowlRound, we are exploring Theatre in the Age of Climate Change. How does our work reflect on, and respond to, the challenges brought on by a warming climate? How can we participate in the global conversation about what the future should look like, and do so in a way that is both inspiring and artistically rewarding? I have admired Sarah Cameron Sunde’s work as a director and translator for many years.  Recently, she added another string to her bow. In order to address the pressing environmental questions that were on her mind, she became a performance artist. —Chantal Bilodeau

The water is rising. We know that now.
(How) will we survive?
Will we find a way to rise to the challenge?

Instruction to self: zoom in and zoom out on a daily basis.

In August 2013, I spent ten days at an intimate artist residency on the coast of Maine. The project I was developing with Lydian Junction (my interdisciplinary live art collective) started with a question of survival on a personal scale: What does it take to survive as an artist in this late-capitalistic society we live in?

Because of New York’s new relationship to water due to Hurricane Sandy, I was also considering the bigger picture. The next time a storm hits, will my beloved city survive? Hurricane Sandy made me understand temporality in a new way. It hit me in the gut. Even a seemingly indestructible city is vulnerable, and will some day disappear. If we don’t find a way to adapt, that day might come sooner than we all think. We are lucky to be living here during New York City’s golden age. A hundred years from now, this space that we occupy may be completely changed.

Both in the live event and in the online representation, my goal is to find the moment of impact where the audience perceives time in a new way—either it speeds up or slows down—through seeing, feeling, or simply understanding that the water is changing.

The Barn Arts Collective sits beside a tidal bay on the quiet side of Mount Desert Island in Maine. Every six or so hours, the visual environment is completely transformed—from brown mud flat to picturesque blue bay—because of the tides. Despite having grown up in California near the coast, I had never before witnessed such quick and drastic change. It was mind-blowing. I couldn’t stop watching the water. 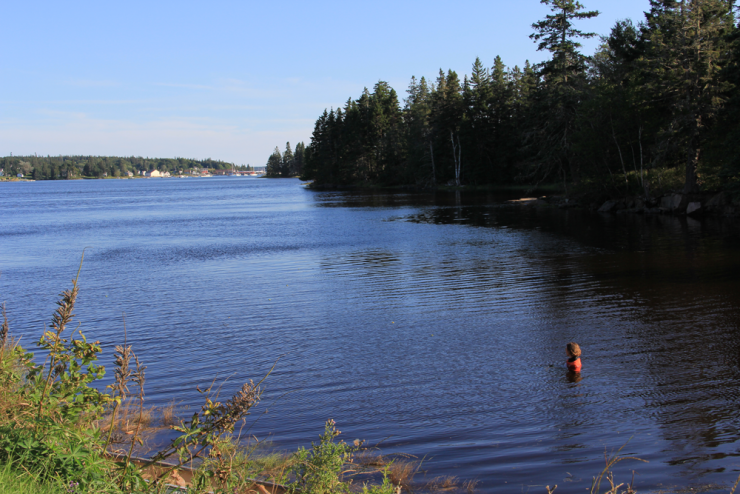 On the morning of my third full day of residency, I watched the bay swallow an enormous rock and an image struck me: water enveloping a human body slowly, but surely. Will this be our fate if we don’t get our act together soon? Most major cities in the world are by the sea. What will happen to all the people? It seemed like a perfect metaphor.

Three days later, on August 15, 2013, I stood in Bass Harbor Bay for the full twelve hour and forty-eight minute tidal cycle as water engulfed me up to my neck, and then receded back down to mud flat. It was cold and uncomfortable, and it took everything out of me to get through the day. And that was the point.

I also felt alive and connected to the water. I realized I had to keep playing this duet with her. It was the beginning of a series.

Exactly six months later, on February 15, 2014, I performed a research version of 36.5 / a durational performance with the sea in Akumal Bay, Mexico, and exactly one year later, on August 15, 2014, the next iteration happened in Aquatic Park, San Francisco. Now I’m gearing up for Amsterdam this summer, and working on launching the project into a global realm. The plan is to execute seven to ten performances on all six livable continents over the course of the next three to five years, culminating with a large-scale event in New York City: more than 100 people standing in the water, and many more elsewhere around the globe, all considering the water on the same day in August 2020.

I am a director and maker of interdisciplinary live art. I didn’t intend to create work that I had to perform in. My initial thought was, “Who can I convince to execute this crazy feat of endurance?” But I quickly realized I couldn’t ask anyone else to do something so physically challenging if I wasn’t willing to do it first. The piece is about struggle and resiliency, both physical and mental. It tests the limits of my body as it represents an individual, an artist, a member of society, and a human. It lives in the tradition of Performance Art and I had to take on the challenge directly.

Scientists recently predicted a three-foot rise in the coming fifty years. This is hard to comprehend because as the human species with the ability to record knowledge, we’ve never witnessed such a change. The project aims to connect back to the natural world, namely the sea, and encourage daily awareness of the changes that are coming our way.

36.5 / a durational performance with the sea acknowledges the permanently temporary nature of things and functions in two forms: 1) a series of live performance events that exist in real time and space around the world, and 2) through text and imagery that remain and represent the project (online and in exhibition form) before and after each performance event takes place. The action of the live performance is clear: it occurs and then it is over, ephemeral as the form. This part comes naturally to me. The text and imagery portion (how the project lives in between iterations) is trickier to hone.

In his 1983 book Towards a Philosophy of Photography, Vilem Flusser reminds us that time and space exist as separate functions on the camera. He also makes a case for photos as tools for activism: the camera provides “for the use of society as a feedback mechanism for its progressive improvement.” At its best, an image or a piece of text functions as an opening for new thought, a way into a new concept or idea. How do we allow space for people to take in the idea in today’s fast-paced, information-inundated world?

Is documentation of the event effective enough to speak to people? Both in the live event and in the online representation, my goal is to find the moment of impact where the audience perceives time in a new way—either it speeds up or slows down—through seeing, feeling, or simply understanding that the water is changing. My hope is that this encounter will lead to greater understanding of our future, and prepare us to be flexible enough to adapt.

The challenge is how to create a work of art that can live effectively in multiple forms. Contemporary technological innovations allow for us to communicate with people around the world, so how can we use technology most effectively to connect back to nature? There are no easy answers. I continue to practice zooming in and zooming out. 36.5 / a durational performance with the sea will continue to live in the questions, just as I do.

Thank you for sharing this, Sarah, and for the excellent work you are doing.

Sarah, this is so so compelling and lovely. Love the work you are doing.

Thanks Molly! Thank you for reading and so glad to hear you connect with the work!

Thank you for sharing this insight into your creation of this piece; I'm really excited and inspired by it and I hope to learn more about what you discover as you continue presenting it and challenging it!

Thanks James, I really appreciate that. If you sign up on my project website, I will make sure to keep you posted!

I love this idea and am so curious to figure out the ways you document your intercontinental experience. Keep going!

Thanks Winter! I will keep you posted! The current website is www.365waterproject.org if you have more feedback, I'd love to hear it!