Creating from the Vanguard

This is a regular column featuring musings, observations, and strategies from the frontline of cultural theater-making in the 21st century. See the full column here. 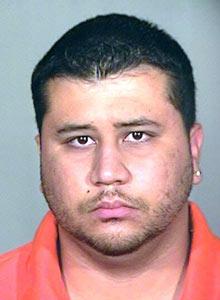 It’s been two weeks since the jurors in the State vs. Zimmerman trial reached a “not guilty” verdict and the world is just now coming back into focus for me. In truth, I had plans to spend this post discussing public feedback during the development of new work. I wanted to generate a conversation around the importance of structured dramaturgy within communities that insist feedback is synonymous with being cruel. However, I’m not ready to write about that quite yet. You see, I was blind-sided by the Zimmerman verdict. I was paralyzed by what I thought was one of the biggest setbacks in American progress and consciousness in my lifetime.

Like, no doubt, many of you, I watched the trial every chance I had. I was convinced, not through fault of the prosecution or the defense, that those jurors, like any well-informed audience, would hear the subtext beneath the hoopla of courtroom drama. I was convinced they would deliver a verdict that was shaped by their understanding that stalking a black teen is criminal and that to shoot him through the heart because he questioned the stalking and the legitimacy of the stalker was plain abominable. I was wrong and didn’t know what to do with myself. The justified murder of black men wasn’t a new narrative to ponder. My socialization, like many, was fueled (and continues to be fueled) by these narratives—the Georgia-born grand-uncle who refused to let racist whites search his home for a so-called thief and was hung from a tree because of the refusal; the friend of my brother who, while on a date, was shot in the back on the streets in Cincinnati by police in a case of mistaken identity; the teenager who attended a nearby high school and was shot by authorities during a drug raid despite his alleged scream of innocence. This narrative was not new, but the idealist in me, the artist in me, the person who shares global information with the rest of the world and because of that believes humans are better for it, hoped the verdict would be different. That it would reflect a more contextual understanding of injustice. Naïve? Perhaps. Hopeful despite society’s ongoing display of ignorance? Hell yes. Well, the verdict didn’t reflect what I had hoped was at the heart of those jurors. Like my father reminded me, “It was the same story, just a different date.” So I set out into the world for both understanding and answers.

I certainly posted Facebook updates and raged in anger over the phone about historical profiling with friends and family from across the country. I even attended a pop-up rally in Harlem where the communities’ outrage was trumped by the Socialist Party’s presence and their opportunistic demand for revolution now. I think what helped most was a small gathering of theater friends a few days following the verdict. We sat around a table of snacks and water, ignored the menacing heat outside and the lackluster effort of the air-conditioner, and simply sat in a circle. What happened in that room was intense, magical, sob inducing, Church-like, and a sincere homage to every ancestor who has ever survived the stage of American life. I won’t provide any details of what was said, or how, or by whom (I’d rather honor the privacy of my peers and that sanctity of that time together), but I will say it felt like how I imagined the very first moments of the Civil Rights Movement did—before the water hoses and the assassinations.

Right now our communities, our artmaking, our planet’s consciousness, are all in need of deep truth telling. Otherwise our social well-being will soon be completely diseased.

I left that gathering thinking about my fellow theatremakers and practitioners. I wondered if they had a chance to unpack their curiosities over a verdict that spelled out, very clearly, that the value of a black life is still questionable—that to be black is in and of itself punishable by death in certain situations and under certain supervision. I left that gathering thinking that right now our communities, our artmaking, our planet’s consciousness, are all in need of deep truth telling. Otherwise our social well-being will soon be completely diseased. So I have decided to do something. My theatre collective, The New Black Fest, will commission Dan O’Brien (with the Grammy award-winning band Quetzal), Dominique Morisseau, Winter Miller, A. Rey Pamatmat, Mona Mansaur and Tala Manassah, and Marcus Gardley to write ten-minute plays that will hopefully incite important discussion around race and privilege in our national communities. The collection of plays will tour theatres throughout the country. The Alliance Theatre, Mark Taper Forum, National Black Theatre, Epic Theater Ensemble, African Continuum, Woolly Mammoth, and the Hansberry Project have already agreed to collaborate on the project. If you’re a theatre that wants to present the plays or if you simply want to donate to the commissioning fund, reach out to me here.

This is a column featuring musings, observations, and strategies from the frontline of cultural
theatremaking in the twenty first century.

Creating from the Vanguard

I am picturing that circle of healing you described and I am moved by the intimacy of it, its depth and the sacred theater the group of you created and held for each other and, I believe, for all of us.

I will look forward to witnessing this at Woolly Mammoth. I think that many of us white people really yet understand how this verdict affects us, beyond the initial heartbreak. As an artist, I feel like I mostly need to listen right now, listen and support.

Thanks for your words Susan. I offer to you that there are many ways this verdict affects white people and any other race/gender/society of people. One way is that a child was murdered senselessly. Another is gun control and the fact that pretty much anyone can get a gun these days. Lastly, there is an unspoken linger of race relations in our society we all have yet to deal with head on, which affects us all. We are a community though our world shows us the contrary daily. If something like this were ever to happen to your child, I would take a moment and grieve as I have for brother Trayvon, no matter the color of his skin.
Much peace to you.

"stalking a black teen is criminal"

Actually, it may be morally wrong but I don't think it (in these particular circumstances) is illegal. If you want to work to get the law changed, that's fine. But stating that something is criminal when it isn't doesn't help your credibility.

Uh, according to witness testimony (even besides the admittedly self-serving statements of Zimmerman himself) Martin was shot because he was on top of Zimmerman, beating the crap out of him and threatening to kill him (using Zimmerman's gun).

"I was wrong and didn’t know what to do with myself."

For the facts, as I understand it, are that Martin (who has a history of drug use and getting into fights) was so angry at allegedly being profiled (even though the over-zealous Zimmerman likely would have questioned any stranger to the community) that he decided to follow Zimmerman back to his car and beat the crap out of him.

Furthermore, while beating Zimmerman (perhaps causing a blood-curdling yell from Zimmerman), Martin then told Zimmerman he was going to kill him, and reached for Zimmerman's gun... but didn't get it on the first try. At which point Zimmerman grabbed the gun and shot Martin.

Now I don't see how any objective person can think that Zimmerman should be convicted of murder. If Martin had been white, with the exact same set of facts (Zimmerman stopped him because he was a stranger to the community), would you still think Zimmerman should have been convicted of murder? Even though a stranger to the community was beating the crap out of him and threatening to kill him? I hardly think so. In which case, who is the real racist?

Now if want you want is a form of criminal "affirmative action" to make up for past crimes against blacks that weren't prosecuted, then say so. But don't blame the jurors for following existing law and treating the case without special regard to Martin's color.

Who cares if Martin was in the way to buy drugs or buy two goats, he did not deserve what happened to him. There are issues in this country and the point that we are still trying to talk our way into pretending its alright by "evidence" is a strange thing to me. Give me a more diverse jury and a more diverse mind and maybe then we can go through the facts of a case.

We all need to reflect.

The Onion had the most measured response to the verdict: http://www.theonion.com/art...

inspirational, as an actor there is not a lot I can offer to you except my unbridled support

It's an inspired -- and inspiring -- idea. My first impulse in the wake of the verdict was to write a play about it, a familiarly empowering-yet-impotent artistic impulse. I didn't have a plan or an outlet for the play so the unproduced script was as far as that went. (The resulting closet drama is here -- http://www.ericpfeffinger.c... ) The fundamentally theatrical collaborative impulse behind your project is appropriate from both a dramatic and a political standpoint, and it draws on theater's most galvanizing capacities for political immediacy. I look forward to finding out whether the planned stagings have the desired effect of prompting further conversation in a different (better?) way from what pundits and politicians try to effect.