Where is the Tipping Point? 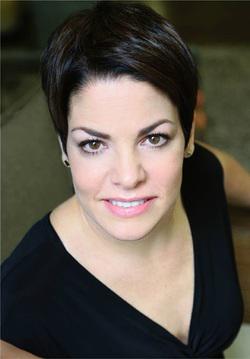 Alice in Arabia on ABC Family? Cancelled. People are vigorously fighting for accurate representation and portrayals of people of color through social media, internet, and journalistic forums.

What happens, then, when we introduce disability into the conversation?

Author Junot Diaz’s oft-quoted statement eloquently captures the consequences of inadequate or zero representation, “If you want to make a human being into a monster, deny them, at the cultural level, any reflection of themselves.” Nowhere—with the possible exception of our Native American brothers and sisters—does this statement apply more than with respect to disability. People with disabilities are America’s largest minority, representing 20 percent of our population—an estimated 58 to 62 million—yet disabled artists remain virtually invisible on our country’s stages. And while our screens are doing marginally better, only one-half of one percent of all lines spoken on television or in film are spoken by an actor with a disability.

People with disabilities are America’s largest minority, representing 20 percent of our population... yet disabled artists remain virtually invisible on our country’s stages

As a proud union actor with a mobility disability and disability advocate for Inclusion in the Arts since 2005, I eat, sleep and breathe this issue every day. I talk the talk and walk—albeit never in a straight line—the walk, sometimes whether I want to or not. As disability advocate, I am a direct liaison between disabled artists and decision makers, providing assistance with everything from casting actors with disabilities to ensuring that audition locations are accessible, from securing interpreters to acting as a script consultant to ensure accurate representation. As an ambassador, I have represented the organization across the U.S. and internationally as a presenter, on panels, at forums and festivals, and across media outlets. As an actor, my mere physical presence is the embodiment of the “other” and as such, serves as a constant advocate for inclusion. In terms of the latter, I am similar to my colleagues of color. Where then do we diverge? Disability is a club that anyone can join at any time, whether through birth, age, accident, or conflict, and our numbers are increasing daily. Disability, unlike all other underrepresented groups, also cuts across all lines—gender, ethnicity, race, sexual orientation, gender identification, and age.

With that kind of pedigree as evidence, disabled artists and advocacy organizations continue to ask, “Why, then, is disability so often not even a part of the conversation in our industry, let alone afforded an equal seat at the diversity table?” During a recent SDC panel on diversity, the absence of disability from the discussion was stark when an actress who uses a wheelchair was asked to stand when asking her question. Panelist Michael Ritchie, artistic director of Center Theatre Group, noted the theater’s long working relationship with Deaf West Theatre, but acknowledged “the wider range of disabilities we really haven’t paid an equal amount of attention to.”

So, what can we do to give disability the attention it deserves on our stages?

Like issues of color and gender, much of the mythology around disability is simply that. Antiquated perceptions and assumptions about people with disabilities and our place in society persist because much of what we see on our stages and screens are antiquated, inaccurate, inauthentic portrayals of the lived experience of disabled people, the vast majority of which are still written and portrayed by nondisabled artists. We are most often characterized as victims, villains, heroes, and tragic figures desperately searching for a cure or eternally grateful to the nondisabled protagonist who, absolved of all his sins, can rest easily for having righted the wrong of disability.

What we see on our stages and screens are antiquated, inaccurate, inauthentic portrayals of the lived experience of disabled people, the vast majority of which are still written and portrayed by nondisabled artists.

As an industry, we seem to have universally rejected the practice of blackface as not only unnecessary given the multitude of talented black artists that populate our field, but more importantly, blatantly offensive to an entire race of people. Admittedly, Latino, Native-American, and Asian-American artists continue to be plagued by brown, red and yellowface representations but we have seen tremendous pushback from these communities. Disabled artists have an even higher mountain to climb—pun intended. Not only is the portrayal of disability by a non-disabled actor equivalent to blackface—what we in the disability community derisively call “cripping up” (pretending to have a disability)—and universally accepted as a technical skill tucked away in an actor’s bag of tricks, it is always applauded and more often than not, rewarded. 16 percent of Academy Award winners have received the coveted statue for playing a character with a disability; just two of those winners were disabled actors. If you think this phenomenon exists only in Hollywood, consider the 2013-14 New York theater season. Since spring 2013 alone, four plays featuring a central character with a disability have opened on Broadway: The Glass Menagerie, Richard III, Of Mice and Men, and the upcoming The Cripple of Inishmaan. Not one of these productions cast an actor with a disability in either the principal cast or as an understudy.

Confronting these examples—and hundreds more like them—the argument seems an obvious one. Of course, disabled actors should at the very least, be afforded the opportunity to play themselves. There are many who believe that nondisabled actors should never be allowed to play disabled characters; that to do so implies, among other things, we cannot speak for ourselves. The Catch-22 then becomes, “Is this actor, inclusive of disability, the best actor for the role?”

Any disabled actor worth his or her salt will tell you that under no circumstances do we want to be cast because of our disability. We want to be cast because we are the right actor for the role—any role, disability-specific or not—and if our lived experience brings to the character a nuance that illuminates the story and the director’s vision, you can be sure we will provide an authenticity and innate understanding that a nondisabled actor simply cannot. The result of inauthentic casting is, ultimately, not about the individual artist, but about the bigger picture. When an underrepresented artist is denied equitable professional opportunities—whether access to training, auditions, or work experience—the exclusion results in a serious loss to the cultural life of the nation, denies artists and audiences alike the artistic benefits of diversity, and denies the public an accurate reflection of the society in which we live.

How does this apply to you and the art you make? If your theater does an annual production of A Christmas Carol, do you actively audition children with disabilities to play Tiny Tim? Consider the hundreds of productions of The Glass Menagerie. How many Lauras have you seen played by disabled actresses? Is your stage accessible to actors who use wheelchairs? Have you ever produced a show that required a handful of actors to play multiple roles, some of which include characters with disabilities—do you realize that by doing so, you may be denying a disabled actor an opportunity? How often does your programming include work by playwrights and/or directors who identify as having a disability? Has your artistic staff ever had a conversation about making an ongoing commitment to inclusive casting and proactively addressing issues of disability in your programming?

Have strides been made by SAG-AFTRA and Actors’ Equity Association? Definitely. Are organizations like TCG stepping up their commitment to diversity and inclusion through programming and social media engagement? Without question. Are there theater companies across this country whose mission celebrates disability as an integral part of diversity? A few.

The full inclusion of disabled artists in the theater deserves our serious consideration, not only because it makes sense economically—Americans with disabilities reportedly have more than $220 billion in discretionary spending—but more importantly, because it gets to the heart of why we make art in the first place. How can you help bring disability in the American theater closer to the tipping point?

One think I've tried to do as a playwright is see where, even if a part is not specifically written for a disabled person, if changing a line or a stage direction or two can make it actable by someone with a specific disability. I then call out that castability in my notes for the play.

At the same time one of my plays involves someone near death with a terminal illness, and I'm not sure it's feasible to cast that way. (The role could, however, be played with a blind actor.)

I think as more and more young people see people like them creating art, they will feel encouraged to take a shot themselves. This groundswell of young, willing, eager artists looking to break through will probably be the biggest factor in changing things. It behooves us who already bear the scars of many battles to pass on the torch to them, and let them take things farther than we ever could.

Good article, and good message. Thank you for writing it.

Great article Christine. Thanks for articulating the nuance and illuminating a sense of disability power & pride. Thanks for your relentless pursuits of artistic equality. It is an honor working with you! in commUNITY.

Party Planning
The Committee of the Jubilee
Essay

The Jubilee Answers Questions, Gives Advice, and Asks for Help

One year into organizing, the Committee of the Jubilee reports out on progress, answers common questions, and re-extends an invitation to the American Theatre to join the year-long nationwide festival of 2020.