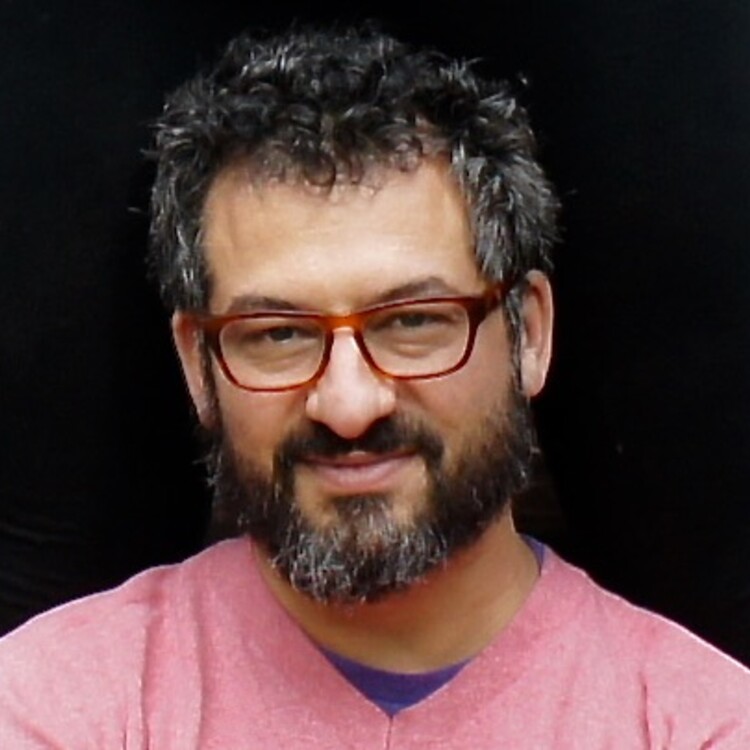 Entering the Unknown, and Fostering the Conditions for Creativity in the Theatre

In this series, Ben Yalom looks at aspects of devising and collaborative creation. The ensemble theatre movement has gained enormous momentum in recent years, and this series aims to note reasons for undertaking collaboration as well as best practices and common pitfalls.

Mainstream theatre in America works largely on a season model, meaning a company selects plays to produce in a given year, announces the bunch of them, and then gets to work bringing these productions to life, one after the other. For better and for worse, this requires a highly product-oriented approach to making theatre, one in which the rehearsal time is limited, and as soon as one play is up, the next goes into rehearsal. Ensemble approaches to theatre tend to embrace a different philosophy, one which places more emphasis on the process of creation, often taking more time to develop new works and, when successful, resulting in rich, surprising works of art.

There are good reasons for these alternative approaches, but they too cause problems: for the work to be relevant, people must come experience it, but when a company produces sporadically it is hard to develop and maintain an engaged audience, and equally hard to play a significant role in the company’s community. Collaboratively created works are also often longer and more expensive to develop than the standard select a script, cast the show, rehearse for five weeks, and raise the curtain model.

Ensemble approaches to theatre tend to embrace a different philosophy, one which places more emphasis on the process of creation, often taking more time to develop new works and, when successful, resulting in rich, surprising works of art.

So why engage in ensemble creation processes? Because we want to create, want to explore, want to be artists. The more product-oriented approach to making theatre largely removes experimentation from the equation. The work—at least the work of the actors, director, and designers—becomes less creative and less likely to break new ground. The script already exists, and there is no time for deeply creative work in the studio. In a sense such productions become less art, more craft.

I once heard someone describe the difference between an art and a craft defined as follows: the craftsperson takes on a project that may be one of great complexity and beauty. Essentially, however, they know from the start more or less what the thing they are making will look like when they are done. They know the target. The artist, on the other hand, must jump into the unknown, creating without knowing their final destination. The end point is a surprise, and the path to it may be strewn with false starts, failures, twists, turns, and unexpected discoveries. These are broad definitions, but interesting nonetheless.

This state of entering the unknown is essential to creating anything new in the theatre—be it a truly innovative play or a new form. Ideally (but certainly not always) the more process-oriented approaches embraced by many ensembles cultivate spaces for such exploration, arenas in which the best ideas and impulses from all involved—actors, writers, designers, dramaturgs, directors, and more—are brought forth, examined, and nurtured.

Fostering this space for creativity doesn’t necessarily require a collaborative creation process, nor is it the case that plays produced by mainstream theatres never break new ground. But in most cases it is the playwright, working primarily alone, who has jumped into the unknown, and had the opportunity and responsibility to explore, fail, and create. The resulting script may be fantastic, a true piece of art.

In this model the performers, directors, designers, etc. are “reduced” to craftspeople—the manifestation of the play on stage becomes a process in which we already know where we are going when we begin. Another way of putting it, perhaps more familiar in the theatre world, is that we become “interpretive artists” rather than “creative artists.” Our role is to interpret the words and worlds the playwright has imagined, rather than creating new worlds ourselves.

There are, of course, numerous ways for performers to shift from interpreter to creator, such as engaging in company devised works, to a hybrid models where a company works with a playwright—from the Joint Stock Company in which David Hare and Caryl Churchill wrote great works, to the ways in which my own company, foolsFURY, has worked with brilliant writers Doug Dorst and Sheila Callaghan.

Both playwright-centric and company-centric methods can produce great work. But collaborative models can offer different possibilities unavailable to the playwright, two of which stand out as most critical. First, it is often the case when creating a play that the next thing that needs to happen is not a series of words, but rather physical movement, or singing, or a ballet of lights and sound. And often playwrights are not the best suited to finding these things, simply because the theatre contains so many different art forms and specializations. Secondly, collaborative creation engages the artists in a different, deeper way. They move from being interpreters to being co-creators, and are often more invested in, and more responsible for, what they put on stage. Together, this greater breadth of possibilities, and greater degree of engagement, can make for deeper, richer, works on stage. It is no accident that many of the greatest advances in the field over the centuries came from companies with collaborative models, from commedia troupes to the Group Theatre to Complicité or the SITI Company today.

To my mind, the added challenges can be well worth the effort. In any case, these questions of product and process, of craft and art, of interpretation and creation, are critical as we consider where the field is, and should be, going.

Thank you for the thought-provoking comments Ben.

Ben
Yalom
Thoughts from the curator

I agree that there is potential for great artistry in playwright or director-driven processes, and would add that ensemble creation may also depend on the vision of a director, playwright, or other organizing mind: collective scripts are damned hard to pull off well, though it happens and FoolsFury has done it before. Ben has pointed to some of the basic distinctions around process, one of the biggest is time, where ensemble creation allows for more twists turns and discoveries, with the ultimate form of things truly a surprise when reached. An institution may invest in new play development (harder and harder these days in North America at least) but the stakes of season subscriptions are too high for the artistic risks that ensembles take regularly, unless they've managed to balance their own sustainability as an institution with their artistic vision, like Complicite or Theatre de la Jeune Lune or doubledge. Pardon the lack of punctuation on those names all.

Awesome article Ben!I'm particilarly interested in the challenges you mention surrounding the increasesd cost of "process oriented" theatrical endeavors.To meet rising costs of rehearsal and performance space rentals, the salaries of artists are routinely reduced, especially in a more in-depth creative process that requires longer rehearsals.This ensemble model asks more of the performers as creative (rather then interpretive) artists, but rarely can afford to compensate the artists accordingly.With the product potential being of such rich cultural value, it seems a shame to me that there are so few options to fund this process oriented approach.

Hi Ben - Thanks for inviting me to comment. I am very grateful for your work and for the space HowlRound creates to discuss issues of artistic creation in the US. At the same time I am frustrated because I feel that the issues you raise are just on the surface of what is really at stake.

The strength of collaborative companies like the ones you mention is that they allow groups of people to work closely together over a long period. While ensemble theatre can be an extraordinary context for focused collaborative work, it struggles when it comes to building relationships with other social institutions. Your essay considers ensemble/collaborative theatre in relation to mainstream theatre — but why should that be the only point of reference? Why not examine ensemble theatre alongside religious and cultural communities, social movements, trade unions, cultural centers, therapeutic associations, and educational institutions? My own interest is in the relationship between experimental theatre and the university, but there are many other social contexts in which the meaning and potential of collaborative theatre could be considered. The difficulties you are discussing are not unique to theatre. They apply to many different forms of life, from sports to religion to medicine, all of which navigate our current social and economic systems in different ways.

To situate collaborative theatre in relation to mainstream theatre is, in my opinion, to give up on much of its actual potential. I also believe that the craft vs. art distinction you make is part of the problem. It is mainstream theatre that is still operating under an outdated romantic idea of 'art' as distinct from craft. Ensemble theatre is valuable precisely because of the way it joins art and craft. I've written about this in academic contexts and look forward to discussing it further in more 'performing arts' institutional settings. I've tried to bring these perspectives to previous NET gatherings but there has been no interest. I suppose that what I'm saying may seem too intellectual or abstract, but without these considerations I don't think we are really getting to the heart of what collaborative theatre is and can be.

Thank you for the thought-provoking comments Ben. Yes, yes, and yes to your reflections.

I launched this series with a comparison between ensemble/collaborative creation models and a more mainstream model only as a place to begin the conversation - one that is hopefully accessible to a large number of theater folk. But we could certainly use many other frames of reference.

I'm very interested in your thoughts and prompts, and hopefully can raise some of these questions and/or response in some mildly intelligent way in future posts.

Glad to see this series here- i think it may put more emphasis on a distinction of quality and innovation between ensemble creation and more traditionally staged processes/works than i am comfortable with- i think high quality and originality exists across varied processes and approaches. I hope the series continues to explore the uniqueness of different approaches without judging bodies of work or ways of working.

Thanks for your words Michael. I completely agree that high quality, and highly innovative works, happening in both ensemble and more traditionally staged processes. Sorry if that was unclear. What I intend to point to is that often the generative aspect of this creativity happens in different ways, and is carried out by different people, in these two models. And that as a result, both models are worth pursuing - despite the many obstacles presented in both cases.