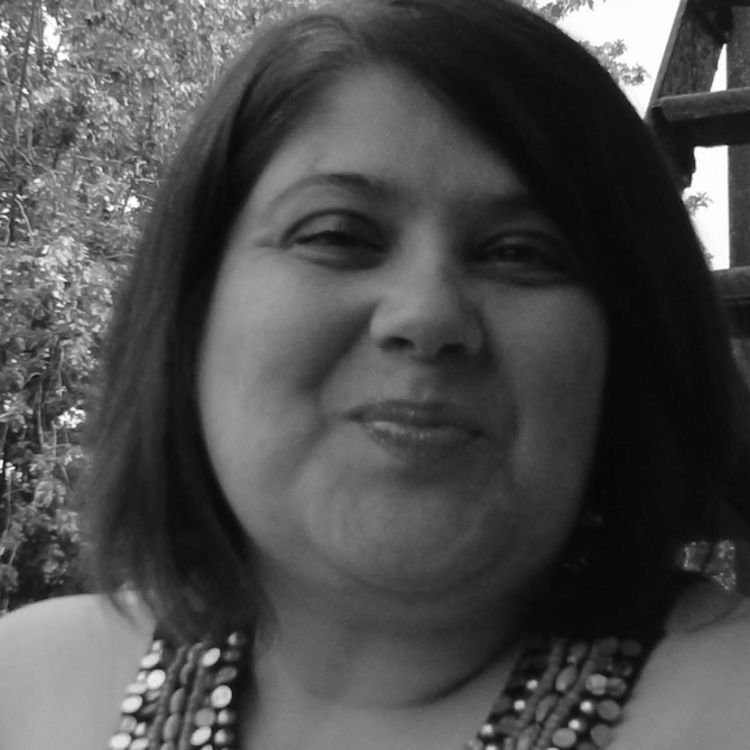 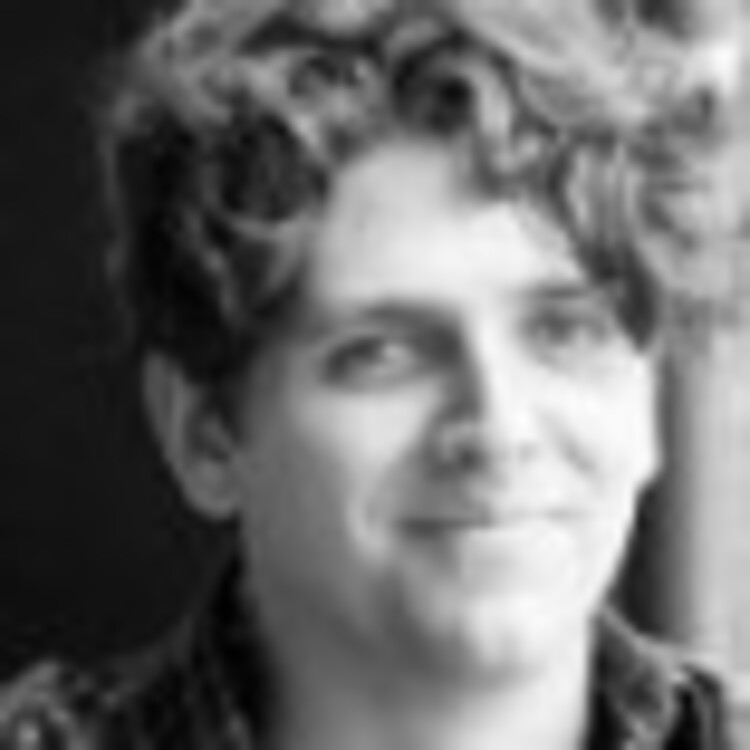 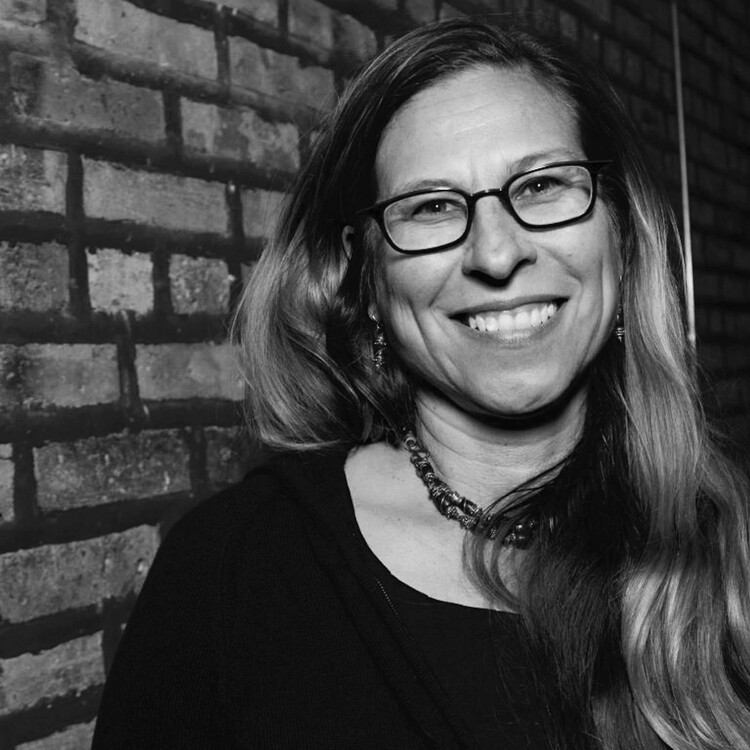 Elaine
Romero
Getting Down with Barrio Stories

Director Marc David Pinate of Borderlands Theater brought together award-winning playwrights Elaine Romero, Virginia Grise, and Martín Zimmerman to write Barrio Stories and bring to life the oral histories of former residents of a demolished neighborhood in Tucson, Arizona. This three-part series documents the process from the perspectives of the playwrights, community outreach team, and director.

Barrio Stories celebrates and preserves the history and heritage of Tucson’s historic Mexican American barrios. Using a cross-sector process involving anthropologists, historians, youth, theatre makers, and community, the project collected oral histories from elders who remembered the area known as “Barrio Libre” or “La Calle”—a hub of commerce and community celebrations torn down with the building of the Tucson Convention Center (TCC) in 1968. These narratives form the basis for Barrio Stories written by Virginia Grise, Martin Zimmerman, and Elaine Romero; and produced by Borderlands Theater as an, outdoor promenade style theatrical event on the grounds of the Tucson Convention Center. The convention center is a charged space that resonates with the Tucson community in both positive and negative ways. Barrio Stories activates and re-inhabits an underutilized space, while engaging a new and diverse audience. Barrio Stories culminates in a pachanga, a party including youth mariachi and folklorico groups, and audience interactive activities. Barrio Stories reimagines where, why, and by whom theatre is made. As the Project Coordinator and Marketing/Outreach Director, I asked the playwrights to reflect on their experience.

Barrio Stories culminates in a pachanga, a party including youth mariachi and folklorico groups, and audience interactive activities. Barrio Stories reimagines where, why, and by whom theatre is made.

Virginia Grise
During our first writing residency, Lydia Otero (historian and author of La Calle: Spatial Conflicts and Urban Renewal in a Southwest City) gave the playwrights a tour of what is now the site of the convention center in downtown Tucson. As we walked the site, she told us stories about the once vibrant community that used to live there, its demolition, and what the destruction of that community meant to a people. As a native of Tucson, this story was also her story. Later, as I listened to the oral histories gathered by Borderlands Theater about La Calle, I thought a lot about Lydia, the excitement in her voice as she talked about Saturday nights in downtown Tucson, about the Spanish language movie theaters, the stores locally owned, and the devastation in her voice as she told us about the shady political movidas that attempted to erase an entire people and their history. I heard the same excitement, anger, and devastation in the voices of the community members being interviewed. I knew it was important that I let the people that lived there and remembered that place tell their story in their words.

My contribution to this project was an assembled piece of twenty fragmented memories of stories I was told, of stories I read, and of stories I heard. I felt that was in fact what I was working with—ghost images of a place that no longer exists, and a people that refused to be undocumented. When working site specifically, it is never my intention to stage a play outdoors, but to interact with space in ways that can only be imagined in that location. Why does this place matter? And how is it necessary to the story I am telling?

As an artist, I was interested in what it means to occupy public space. The fragments serve as not only an accumulation of memories but also bodies (mostly Mexican and also Native, Chinese, and African American)—it’s a slow build that ends in a dance party, a community taking back the physical space of the TCC, even if only for a weekend. This intentional engagement with community is also a rehearsal for how we gather people, how we claim space, and how we share stories. It is my intention to activate not only memory, but also meaning so that a people might also dream, creatively imagine, and write the future of their city and their lives.

Martín Zimmerman
While Barrio Stories shares a lot of similarities with past plays I've written, it marks the first time I've collaborated with other writers to create a single, cohesive theatrical event.

The familiar part of Barrio Stories had to do with the kind of stories we're tackling—politically conscious stories that speak to how race and class intersect with individual personalities to shape (in this case for worse) the history of a community, a city. Through my work on White Tie Ball at Borderlands, I've tackled how such dynamics affect Tucson. That said, both the specific nature of this collaboration and the story of La Calle were new to me.

Therefore, the decisions I had to make as a playwright centered on how to tackle a novel kind of collaboration and a novel story. How would I write the parts of this story that most resonated with me (the parts I could write about with the most specificity and passion) without stepping on the work of my collaborators?

I also had to decide precisely how specific to Tucson my writing should be. While I've worked in and written about Tucson before, I've never lived there, so I couldn’t have the deep intimacy with the story of La Calle that long-time residents have. Also, much of our audience has no firsthand knowledge of La Calle, but has experienced similar kinds of violence elsewhere. And, unfortunately, the neighborhood destruction that happened in La Calle is happening in more and more places around the country. I had to figure out how to honor the history we're drawing on and the specificity of La Calle's story, while simultaneously making my writing speak to the struggles our audience may continue to experience elsewhere in the present.

Elaine Romero
Sometime after the redevelopment, I moved to a rare two-story adobe house close to the border of La Calle. It was as if my Mexican feet had an internal compass and knew where to walk, as if my Mexican heart had an internal clock and knew how to roll back time. I found myself walking deeply into a wound, a tear in the soul of the city.

I stood in front of the now-condemned Teatro Carmen when a Chicana historian, from the neighborhood, told me about the area’s history. She spoke with the urgency of someone who had been deeply wronged and sought justice. She told me about her vibrant neighborhood and how the city had destroyed it. She said, “It looked like they dropped a nuclear bomb.” I could hear the sadness in her voice. I adopted her mourning that day and I have never let it go.

One person mentioned, and I will never forget this number, that about 900 adobe homes were destroyed when the city came with its wrecking ball. Driving by the restaurant El Minuto, or by the sinner’s shrine, El Tiradito, I would revivify the neighborhood in my mind, imagining the people and the buildings there. I would visualize how different the community would feel with the neighborhood intact. And I would mourn.

I’m Mexican. I was raised to dance on graves and to invoke the dead. In my contributions to the piece, Dirt and La Placita: Heart of the City, I have internalized this palpable mourning. Armed with Lydia Otero’s unforgettable La Calle and the authentic voices of our community, I seek to capture the outrage and the pain that resides in this earth. What happened in downtown Tucson is the kind of wrong that rightly haunts you every time you pass by. You can feel her true history vibrating beneath the edifice before your eyes. As curanderas say when a patient suffers from susto (the separation of the soul from the body), “Vente. No te quedes allí. Come back. Don't stay over there.” As playwrights we have no choice but to raise our dead.

Milta
Ortiz
Thoughts from the curator

A series discussing the collaborative and creative process of Barrio Stories.

This site specific celebration is already making a real difference in Tucson. My article in American Theatre magazine on Barrio Stories includes quotes from the mayor, who sees this kind of dramatic history as making a better community here.