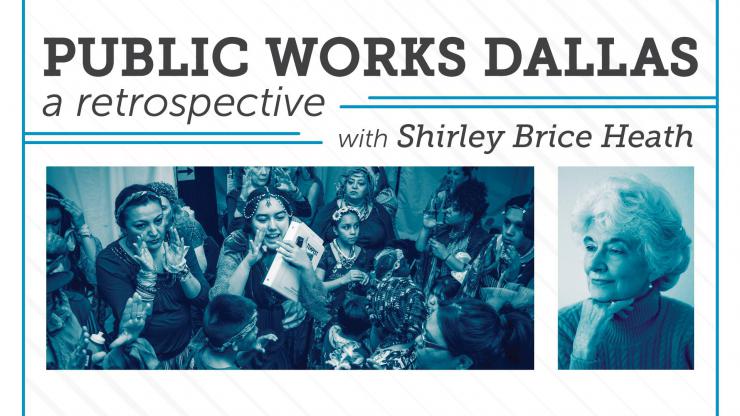 About Shirley Brice Heath
Shirley Brice Heath, Margery Bailey Professor of English and Dramatic Arts and of Linguistics and Anthropology, Emerita, Stanford University, has a long record of research on the impact of community organizations on populations living under vulnerable circumstances. She has taught courses on social entrepreneurship at the Graduate School of Business at Stanford and done extensive consulting work on enterprise development. She has published ten books and approximately 200 articles. She has worked with major cultural organizations, including Louisiana Arts Museum in Denmark, Tate Museums, The National Theater and London International Festival of Theater in England, Market Theater in Johannesburg, South Africa, and The Public Theater in New York, Old Globe Theater in San Diego, the Los Angeles Symphony, Trinity Theater and Brown University in Providence, R.I., Dallas Theater Center, Seattle Repertory Theater, and the San Francisco Opera. She holds ten honorary degrees and has been granted awards that include: Guggenheim Fellowship, NEH Fellowship, Grawemeyer Award (with Milbrey McLaughlin), MacArthur Fellowship, and the National Leadership Award of the National Guild for Community Arts Education. Her research has been supported by the Ford Foundation, Rockefeller Foundation, General Electric Foundation, and the Spencer Foundation. www.shirleybriceheath.net

The Power of Local
Jonathan
Norton
Will
Power
Essay