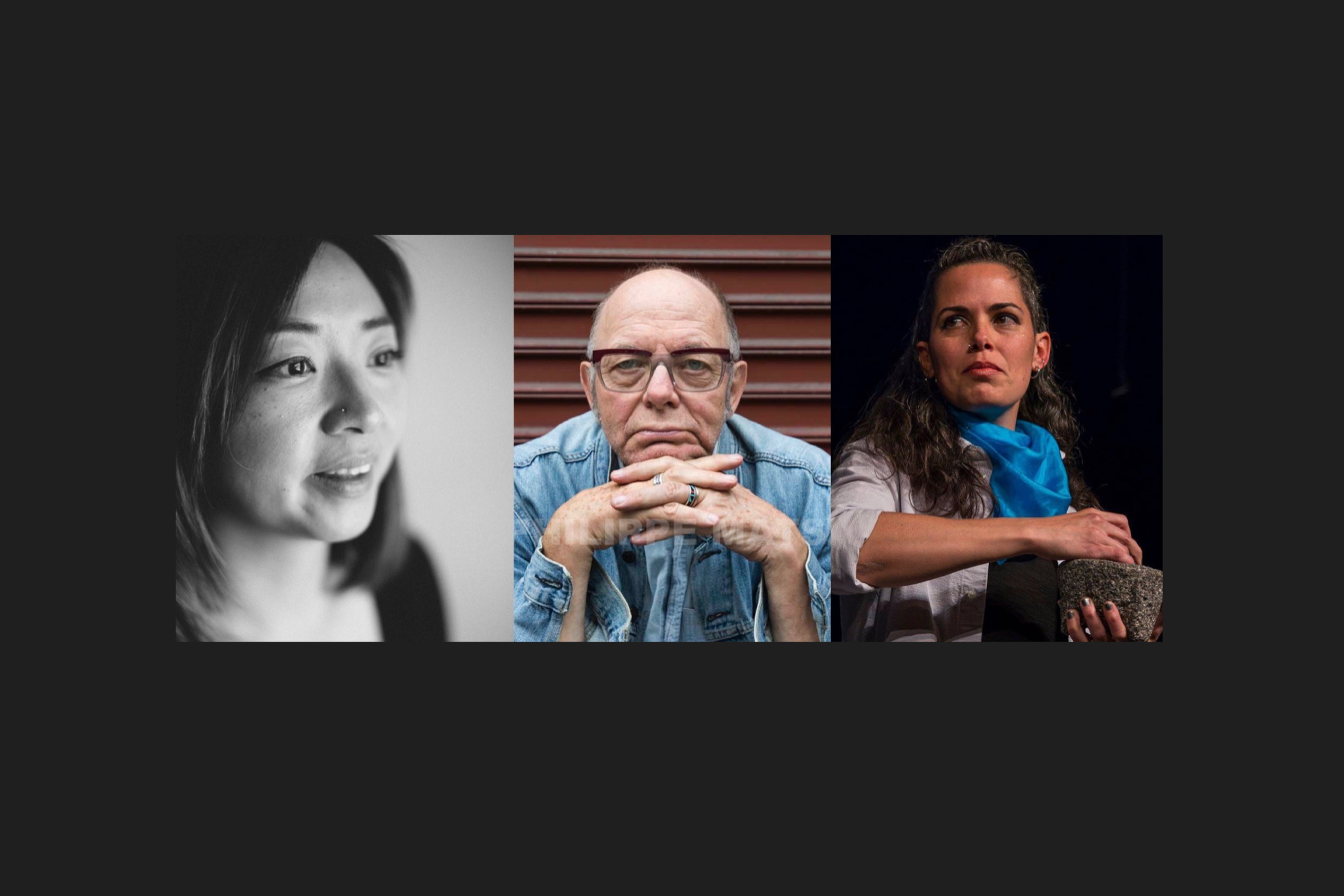 Submit questions during the livestream to translatingthefuture2020@gmail.com

Translating the Future continues its dismantling of the monolingual paradigm, inspired by Yasemin Yildiz’s landmark 2012 Beyond the Mother Tongue and the work of Bruna Dantas Lobato, this time with writer and translator from the Korean, Janet Hong; poet, essayist, editor, and translator from various languages, Pierre Joris; and poet, translator and editor from Spanish and French María José Giménez.

Participant Bios:
Janet Hong is a writer and translator based in Vancouver, Canada. She received the 2018 TA First Translation Prize for her translation of Han Yujoo’s The Impossible Fairy Tale, which was also a finalist for both the 2018 PEN Translation Prize and the 2018 National Translation Award. Her recent translations include Ha Seong-nan’s Bluebeard's First Wife, Yeon-Sik Hong’s Umma’s Table, and Keum Suk Gendry-Kim’s Grass.

Pierre Joris has moved between Europe, the US & North Africa for some 55 years now, publishing as many books of poetry, essays, translations and anthologies — most recently A City Full of Voices: Essays on the Work of Robert Kelly (co-edited with Peter Cockelbergh & Joel Newberger, CMP), Arabia (not so) Deserta (Essays, Spuyten Duyvil Press, 2019); Conversations in the Pyrenees with Adonis (CMP 2018), and The Book of U (poems, with Nicole Peyrafitte, Editions Simoncini 2017). Forthcoming in 2020 : Fox-trails, -tales & -trots: Poems & Proses (Black Fountain Press); Microliths: Posthumous Prose of Paul Celan, from CMP & The Collected Earlier Poetry of Paul Celan from Farrar Straus Giroux. When not on the road, he lives in Bay Ridge, Brooklyn, with his wife, multimedia praticienne Nicole Peyrafitte.

María José Giménez is a poet, translator, and editor whose work has received support from the NEA, the Studios at MASS MoCA, the Breadloaf Translators’ Conference, Canada Council for the Arts, and Banff International Literary Translators’ Centre. Among other awards, María José has been named 2019–2021 Poet Laureate of Easthampton, Massachusetts. Learn more.

Samantha Schnee is the founding editor of Words Without Borders. From 2014-2017 she was a trustee of English PEN, where she chaired the Writers in Translation Committee, tasked with disbursing the PEN Translates and PEN Promotes grants. Her translation of Carmen Boullosa's Texas: The Great Theft (Deep Vellum, 2014) was longlisted for the International Dublin Literary Award and shortlisted for the PEN America Translation Prize. She won the 2015 Gulf Coast Prize in Translation for her excerpt of Carmen Boullosa’s The Conspiracy of the Romantics and recently completed a translation of Boullosa’s latest novel, The Book of Anna.

About this Conference and Conversation Series
Translating the Future launched with weekly hour-long online conversations with renowned translators throughout the late spring and summer and will culminate in late September with several large-scale programs, including a symposium among Olga Tokarczuk's translators into languages including English, Japanese, Hindi, and more.