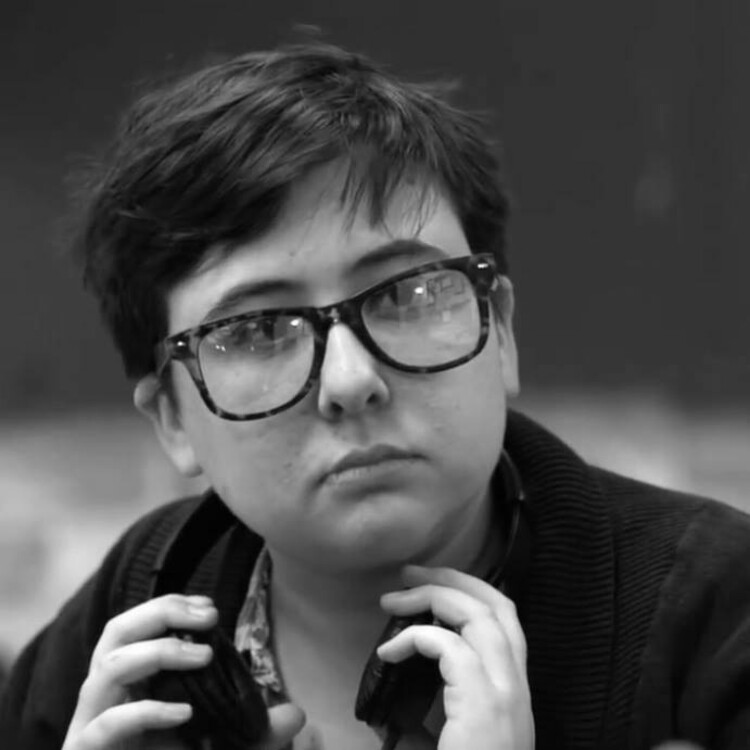 Sometime in March of 2016, I got a Facebook invite to an organizational meeting to talk about the goals of the first annual North Carolina Women’s Theatre Festival (WTFNC). When I went to the meeting, I found myself in a room of over 200 women and men listening to Ashley Popio, the now artistic director of WTFNC, pitch a festival that would happen in August of that year. She cited studies like that of Polygraph’s “Hollywood’s Gender Divide and Its Effect on Films,” American Theatre’s profile on the disparity of women in theatre, and the League of Professional Theatre Women. As Women’s Theatre Festival’s page on the history of gender inequity in theatre currently states, only 22 percent of women direct unique productions and of the playwrights produced in 2011-2015, 62.7 of them were American white men. As Byron Woods reports in his coverage of that meeting,

Popio concluded that it was time [a women’s theatre festival] took place here. The Women's Theatre Festival is to present four or five full-length works written and directed by women, with women composing at least half of the casts. Popio called for submissions of premieres by women playwrights, a day of one-woman shows, and women's classes in technical theatre and design.

In fact, they staged seven mainstage shows that year, spanning from July 30th to September 3rd, and I ended up being involved with three of them. Saying that the Women’s Theatre Festival changed my life is putting it lightly, and there are doubtlessly countless others that feel the same. Beyond mainstage productions, the Women’s Theatre Festival also produced a series of workshops to empower female theatre artists, a twenty-four hour event of staged readings called Occupy the Stage, and a Christmas production of Little Women.

'I think many male-run theatres have this idea in their heads that they were doing gender equality theatre, but this festival is making them realize that they indeed were not.'

This summer, Women’s Theatre Festival staged five productions, with a revised approach. It started in July and lasted through August, to provide less overlap for different productions and workshops. The festival focused performances and workshops more locally in Raleigh and Durham, North Carolina. Last year, there were some shows in Carrboro, Sanford, and Burlington, but because of their location and overlap in production schedules, many of them drew small crowds and put stress on the individual production teams in terms of commute.

With the second season closing now, I can’t help but feel the festival has changed the theatre in our area entirely, for individuals and for us as a community. I was able to use the connections and resources from the festival to completely fund a benefit production of Emotional Creature by Eve Ensler, with Women’s Theatre Festival donating a small portion as well. Two other alums of the festival, Pam McClure and Judy McCord, who acted in this year’s mainstage production of Woodstock Tontine, are mounting a production Silver Lining by Sandi Toksvig with the support of the community. As Lori Mahl, who worked on the mainstage production of Miss Lulu Bett this year with the festival, states: “I think many male-run theatres have this idea in their heads that they were doing gender equality theatre, but this festival is making them realize that they indeed were not.”

Beyond bringing more women to the table in producing, directing, and playwriting, the festival is also concentrating efforts in gathering artists’ demographic information from area theatre companies. On their website, WTF has an ongoing study of the five theatre companies in the area that have produced continuously in the past five years. While some of the data is still incomplete, as supporters of the festival contribute info about directors, designers, artistic directors, and producers, the data that you can find are enlightening. Theatre companies were chosen for this survey because they employ local actors and produce in the area, leaving out theatres like Durham Performing Arts Center that mostly host touring productions of Broadway shows. Studying Justice Theatre Project, The Cary Players, Raleigh Little Theatre, PlayMakers Repertory Company, Theatre in the Park, Burning Coal Theatre Company, and Manbites Dog Theater, of the 218 accountable shows produced since 2012, just fifty-nine were written by women (about 27 percent). When it comes to directors, the theatres do better: of the 114 shows where the name and gender of the director can be verified, sixty-two of the 114 shows or around 54.39 percent were directed by women. Justice Theatre Project, a company that uniquely has both a female managing director, Melissa Zeph, and a female artistic director, Deb Royals, seems to skew this data: they have had sixteen female directors out of the twenty accountable shows. Of these twenty shows, Royals directed eleven of them.

In November 2016, in reaction to the election of Donald Trump, several theatre organizations in the area, including the Women's Theatre Festival, made a commitment to try and fill empty director slots in their upcoming seasons with female directors.

Is it fair to say that representation in the area has improved because of the festival? It’s tricky to say for sure. While the festival’s study doesn’t currently have complete data on the 2017-2018 season, I can already see improvement when I compare directing averages from 2015-2016 and 2016-2017. While 2015-2016 had 50.54 percent female directors, the 2016-2017 season had 63.69 percent of female directors. This may be due in part to the fact that in November 2016, in reaction to the election of Donald Trump, several theatre organizations in the area, including the Women's Theatre Festival, made a commitment to try and fill empty director slots in their upcoming seasons with female directors. Justice Theatre Project later withdrew after they were notified that someone emailed a complaint to the executive director at the Office of Raleigh Arts, claiming that this initiative violates the Raleigh Arts Commission's nondiscrimination policy for grant recipients.

While there is still not a lot of data on playwrights, designers, and theatre technicians in the ongoing study, there are many female and gender nonconforming theatre artists that have been able to use the festival as a launching point. Victoria Peach, a sound designer and composer, has done sound design with the Women’s Theatre Festival for the past two seasons. Recently graduated from Meredith College with degrees in both Music and Communications, and a concentration in public relations, she didn’t think she would have a lot of opportunities to use her music degree. Working with the festival, she said,

Gave me an opportunity to explore ways to utilize my musical education in ways I never expected. I was allowed to be creative and part of a storytelling process in a way I never expected as well as opening my eyes to a new interest.

Quinn Mishra, a transgender male stage manager, worked on last year’s mainstage production of The How and the Why by Sarah Treem as an assistant stage manager. He states that,

Working with the Women's Theatre Festival definitely helped my career. It was the first time I was largely involved in a show that wasn't youth theatre and it sparked my interest in stage management. The festival helped me meet and work with some amazing people who have helped and guided me with my theatre career.

This year, at just sixteen years old and using connections made from the festival, he assistant stage managed The Cary Players production of The Complete Works of William Shakespeare, for which he won a Pietzsch Award at the theatre company’s annual award ceremony.

Last year, the Women’s Theatre Festival ended with $5,000 in the black, mounted eight mainstage shows, held a twenty-four hour festival with nineteen individual pieces, had fifteen panels and workshops, and used six different venues. This year, even though the final mainstage show in show, Miss Lulu Bett, was canceled, the festival concluded with at least twice the profit of last year. In the coming months, the festival plans on two staged reading benefits for Miss Lulu Bett, launching the WTF Script Reading Club, and continuing their Christmas production of Little Women. In addition, the festival plans, after the last two festivals consisted of mostly volunteer labor, to start paying participants at least a small payment. My hope is that the Women’s Theatre Festival will continue to be a positive force for change in North Carolina, and I hope theatre festivals like this can do the same all around the world.

So happy to hear about this festival and its impact! I grew up in Raleigh and return every summer to run the theatre program at Governor's School East, right across the street from your theater at Meredith. I tried to make it out to see y'all this past summer, but didn't have time. I look forward to checking it out next summer!

The NC Women's Theater Festival inspired a new career for me in my retirement -- I played a grandmother in last year's Occupy the Stage production, during the festival auditioned for a local community theater's production of Arsenic and Old Lace and was chosen to play Aunt Abby, my first acting role since I played with neighbors as a five year old. This year, I played a major role in The Woodstock Tontine, written by local playwright Steffi Rubin and am now producing the US Premiere of Silver Lining, as mentioned in the article above. At the age of 70, I have discovered a new passion that is filling my days with joy and commitment that has been completely inspired by the Women's Theater Festival and its founder, Ashley Popio. Much gratitude!!

Delighted and inspired by reading this article. This festival sounds indeed like a force for change and another incredible action around gender parity in the non-profit theatre. As we head into the Berkshire Leadership Summit- a two day event for women aspiring to executive leadership positions in the theatre hosted by WAM Theatre in the Berkshires of Massachusetts Oct 28/29- this provides excellent inspiration- thank you!