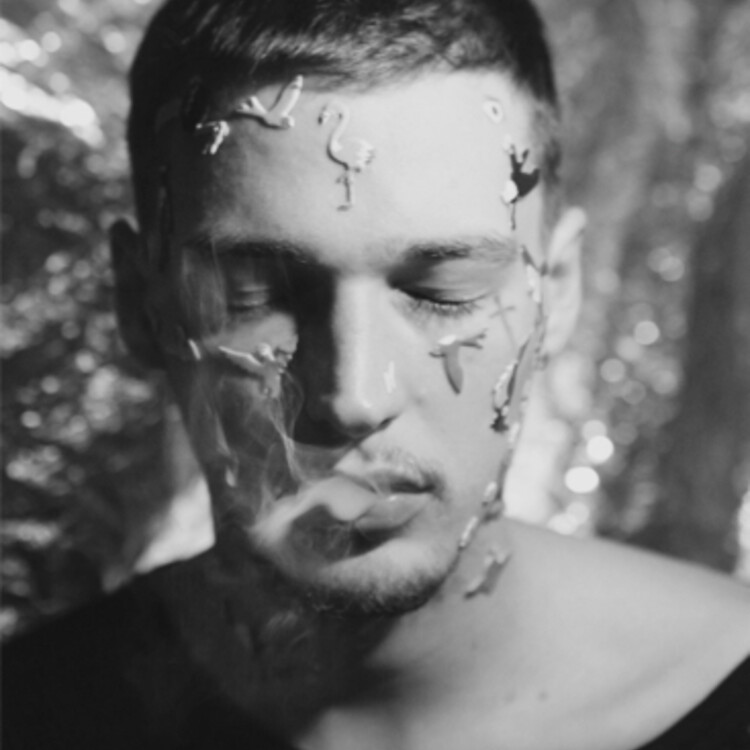 Viktor
Szeri
An Other Budapest

There is a picture that had been presented to the outside world from Budapest, Hungary for the past five years: a professional scene whose resources became limited due to governmental changes; carriers and works of art being ended for political reasons; artistic freedom and free speech being harmed. And there are several voices, a canon, who were presented in this context: Árpád Schilling, Kornél Mundruczó, Béla Pintér, Róbert Alföldi, and others.

The questions we would like to ask and debate in this series are: who are those who were already on the periphery before all this happened, and where are they now? How do they see this aforementioned picture, and what did it bring for them? What else is there to say or do; what tools are we giving to the next generation this way? We would like to dedicate the fourth article of the series to dance. Viktor Szeri, an up-and-coming dancer from Budapest, leads us into its secrets.—Zenkő Bogdán, series curator

Hungary is a small country in Eastern Europe, but it is worth paying attention to its contemporary arts scene. My name is Vikor Szeri and I am a twenty-four-year-old dancer and I would like to share with you my feelings and experiences, to get you better acquainted with what happens in this part of the world regarding contemporary dance.

The way I imagine my art is unattainable for me (lights, expensive materials, music, etc), so I create a dreamlike world which might look poor on the outside—which might come off as something different than I originally intended it to be—but which feels from the inside like I am dancing in golden silk.

There are a lot of exciting things happening in Budapest every day—various exhibition openings, performances, concerts, talks. All these are transfused with the taste of the underground, as contemporary art is very distanced from the state-funded arts. Contemporary dance is in an even worse situation, because it does not have a long history. Like in other cultures, the importance of working with the body and of developing new and modern dance methods gained popularity in the first decades of the 1900s, but became quickly forbidden during Communism. Contemporary art had an exciting presence in the 70s and 80s in underground places and forms. This feeling is still present today, and the situation of arts is still quite difficult.

In Hungary, art is centered in the capital—most events happen in Budapest, and this adds to the alienation of the general public from the contemporary arts, which is also underrepresented in politics and in terms of subsidies.

There are two main performing arts institutions in Budapest that host and nurture contemporary dance: Trafó and MU Theatre. These two institutions are in a difficult position, with ever-decreasing subsidies and a pressure to always produce full houses, which means that keeping productions running can become quite the challenge—they have an incentive to do short runs. If you are trusted to do a good production, one of these institutions might host and/or produce your work for four or five performances. After that, you can either go abroad to continue your run or stay at home and end it.

I am curious to see how this underground culture develops. Will it be annexed by the institutional system or will it stay as independent and colorful as it is now?

As an emerging dancer, I am not yet at this stage, so I will present you with an exciting, different level of contemporary dance: the works and trials of my colleagues, all part of Generation Y, who never get funding from the state and are not able to fill the houses of the aforementioned venues. Instead, we try out alternative methods by discovering new locations and becoming very creative.

Many of us work as bartenders or waiters to make a living. I produced two performances last year, both of them self-financed. Fortunately, there are programs that aim to include young artists in the studios of different venues, offering us alternative formats for creation, providing us with rehearsal and performance spaces. Many of us are experimenting with new forms, so we are often forced to retreat to bars and visual art galleries to present our pieces for an audience of twenty. This is interesting because our situation has also an effect on the older generation, who will also try out alternative modes of expression: they consider our situation important and are open towards us.

In the context of self-financing, contemporary dance pieces heavily feature trash culture and DIY methods. We choose plastic film, trash bags, and our regular clothes for our set—anything that we can find and use. I have thought a lot about why I would want to use so many things when dancing on its own can also be interesting. Why would I spend so much of my money on textiles, paint, etc, if the way I move is expressive enough? I came to the conclusion that the way I imagine my art is unattainable for me (lights, expensive materials, music, etc), so I create a dreamlike world which might look poor on the outside—which might come off as something different than I originally intended it to be—but which feels from the inside like I am dancing in golden silk.

Marcio Canabarro and Csaba Molnár are two creators whose work I closely follow and to whom I look up. They created two performances last year (Tropical Escape, Winter Journey) and with these two productions they decided not to use the regular funding system but to find alternative ways to showcase their work. Both of them address highly relevant issues such as the gay culture, but also the way we understand art and the mixing of contemporary dance with visual arts and theatre. These topics have never really been properly represented in this country. Both Molnár and Canabarro have regular work as professional dancers, but they still find it important to try out different modes of operation.

I have thought hard about what would happen if I got funded; if I had to fill up a bigger auditorium. Naturally, this is something I wish to achieve, although the two aforementioned artists are good examples of how free and superb creations—works that are experimental and new—are perhaps impossible in such circumstances. I often feel that what is important for me is the dancing and the creation, to share my thoughts with other people and to invite them, even if only for an hour, into my world.

Last year I spent the whole summer with a colleague from Budapest Contemporary Dance Academy, Julcsi Vavra. We gained a lot of new experiences that lead to the production of Radiation hazard, a piece that became one of the most important experiences of my career. We didn’t think too much—the visions, the ideas, the music, the experiences, the moods came naturally, and we tried out everything. When we were ready, we found a venue that would host us and moved in with our trash bags, suitcases, and fans. We did everything with our bare hands—the trailer, the music, the videos—and we never asked ourselves whether we were right or wrong. Looking back to this experience, I think that I want to feel the same way if I get funded and get to perform in a bigger venue, because I truly believe that the self-confidence with which you represent your own work can really translate to the viewers, who in turn will believe what you do on stage.

Currently I am working on a new piece called Youth in Trouble. I still haven’t found funding for it. I find it important to make these issues visible and to address them. I would like to present these thoughts on multiple platforms, to reach more people. I plan on publishing various interviews with emerging artists coming from different arts in a blog, then later present it in the form of a fanzine. Naturally, I would love to do a performance, too, that would contain all these ideas.

The future makes me curious—I am curious to see how this underground culture develops. Will it be annexed by the institutional system or will it stay as independent and colorful as it is now?