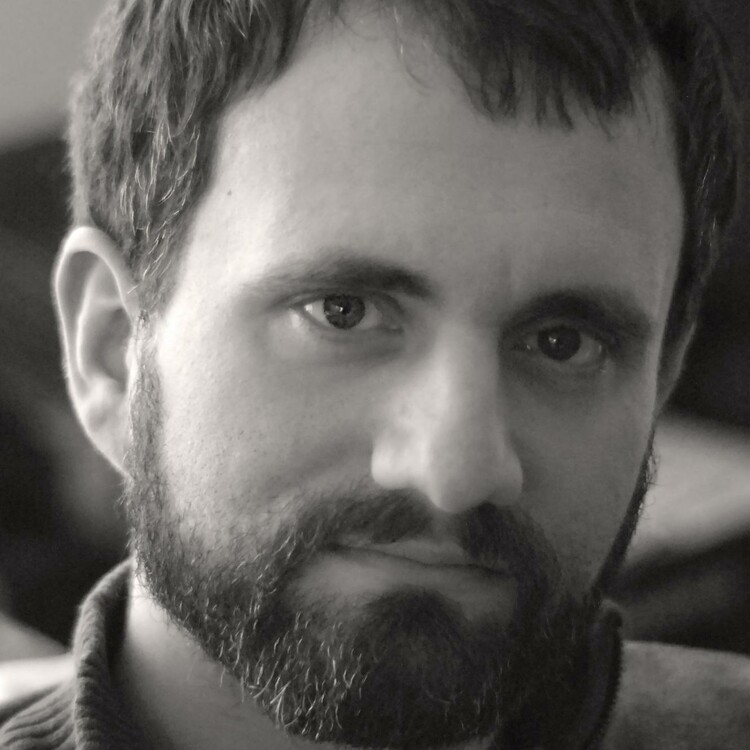 During the summer of 2016, I taught a course on American literature and culture of the 1930s. During the mid-point of the semester, I had students read Sinclair Lewis and John C. Moffitt’s playscript of the Federal Theatre Project (FTP) productions of It Can’t Happen Here, based on the former’s 1933 novel of the same name. Both texts center on a Vermont newspaper editor named Dormeus Jessup who watches in horror as a fascist demagogue named “Buzz” Windrip is elected president after running a campaign based on promises such as giving each citizen $5,000 a year, and being viewed as a candidate “who tells it like it is” (Lewis loosely based the character on Huey Long). Post-election, America descends into a nightmarish Fascist-state, as Gestapo-like agents of Windrip begin suppressing those who criticize their leader and movement—including Jessup. As we gathered together one morning to discuss the play, I asked the students what their initial reactions were to the text. As if on cue, one student blurted out, “This is Trump. That’s pretty clear.”

Indeed, my student was not alone in drawing connections between Lewis’s tale and the campaign and election of Donald Trump. In the months prior to the election, outlets like The Guardian, The Washington Post, and Slate published stories that drew parallels between Trump and Windrip. On election night, and the days that followed, my Twitter feed was full of tweets from people noting, “It happened here.” And weeks after arguably the most surprising election in American history, online retailers like Amazon and Books-a-Million have sold out of Lewis’s novel, putting it on best-seller lists for the first time in eighty years.

‘This is Trump. That’s pretty clear.’

Prior to the election, several theatre companies across the country took inspiration from Lewis and Moffitt’s work and produced It Can’t Happen Here. By far, the most prominent production was the Berkeley Repertory Theatre’s revised version of the story, co-written by Tony Taccone and Bennett Cohen. As Tony Taccone recently told David Dower, the decision to rework Lewis’s text—and to do it quickly—aligned with the near improbable rise of Trump himself and for he and his company to take ownership over the message of their play:

I thought it was important that I put myself in it in a real way. That I be accountable for it, very directly. I was asking the organization to do something incredibly challenging—we announced this in April and had no script, no sense of where the election was heading, and no idea what we’d be wanting to say about it by fall. And nobody expected to be where we are now.

When I read Dower’s review and Taccone’s description of his impulse to write and his company’s struggles with crafting a production, I found myself, as a scholar of the Federal Theatre Project, thinking about the parallels between contemporary productions of It Can’t Happen Here. In one respect both rounds of productions—2016 and 1936, respectively—seem to have been rushed (for lack of a better word) to meet the demands of an election year. As she recounts in her memoir of the FTP, Arena, Flanagan and her cohorts commissioned the play almost on a whim to comment on the then-upcoming 1936 election; in fact, Flanagan notes she cannot even recall whose idea it originally was to stage the play. In a similar fashion, Taccone’s acknowledgment that the changing political climate made them quickly write and plan their play echoes Flanagan and the FTP’s struggles to produce a play almost out of thin air.

Taccone’s words not only illustrate how moved directors and companies were to engage in political theatre to address Trump’s candidacy, they also suggest a desire among theatre groups to engage with the 1930s productions of It Can’t Happen Here as well as the FTP itself. I think what Berkeley Rep attempted to do was to capture some of the power of those 1930s productions and the FTP itself, while, at the same time, reimagining the original play.

In several ways, theatre producers involved with the new It Can’t Happen Here productions tried to distance their work from that of the FTP. In particular, producers attempted to improve upon the problematic original script that Lewis and Moffitt struggled to complete in 1936. As Hallie Flanagan recounts in Arena, the two writers struggled to complete their work and quickly grew to hate one another; at one point, Lewis and Moffitt stopped speaking to one another and had to have the pages of their drafts shuttled between them by go-betweens. This hostile environment perhaps affected the quality of the script, which as Susan Medak, the Berkeley Rep’s managing director told The New York Times, is “ghastly.” In the same HowlRound piece, Taccone told Dower that one alternate initial idea for using Lewis’s play was to have actors just do a reading of script and then convey to audiences why they were reading such a bad play. (In the interest of defending Lewis, I would argue that he was always more concerned with message than the aesthetic quality of his writing, but even my students thought the play needed some “fleshing out” at the least).

However, even with an updated script, the Berkeley production of It Can’t Happen Here appeared to have struggled with balancing strong content with political messages—something that Lewis appears to have been challenged by in writing both the novel and the play. While reviews of the production frequently mention the poor quality of the original text and, in turn, stress the need to update the material, they seem to split over its overall effectiveness. In her review of the Berkeley Rep’s production for the San Francisco Gate, Lily Janiak voiced concern and displeasure over the construction of some of the characters in the play. While she praises Jessup, she bemoans how “All the other characters are just convenient mouthpieces for him to debate” while Jessup’s wife, Emma, is “such a throwaway character that aside from a line or two expressing agency, she might as well be called ‘stock housewife.’” In the New Yorker, however, Alexander Nararyan praises the play’s lack of subtlety: “The result is a two-part production that has all the subtlety of a Donald Trump rally. That may sound like an insult, but consider the audiences he draws, and the pleasure those audiences derive as he flays the ‘dishonest’ media or slathers praise on Vladimir Putin like massage oil. This is theatre utterly lacking sanctimony and without many moments of quiet.”

Narayan’s description of the Berkeley Rep production being as subtle as a Trump rally suggests to me a desire on the theatre’s behalf of not only satirizing Trump’s persona, but also connecting to the political theatre of the FTP. Not only do these productions connect audiences to the history of the FTP’s productions as well—indeed, all reviews of the various productions I’ve read make a point of showing the history of the play during the 1930s—the play serves to engender reactions in their audiences that Hallie Flanagan would have been proud of. In many of her writings on the FTP, Flanagan consistently evoked the idea that her agency should produce reactions in audiences and strive to do more than entertain; this theatrical ethos was represented in her own work, such as in Can You Hear Their Voices?, and in many of the prominent productions of the agency on the whole, including the Living Newspaper plays and It Can’t Happen Here. Based on Narayan’s review, the Berkeley Rep production achieved that, as the writer details nervous audiences who understood the grim reality of the situation and were not in the mood to laugh.

But as one commentator … posted … the theatre should be devoid of politics: noting that the company’s decision to stage the reading was ‘deplorable,’ asserting that ‘you keep politics out of the theatre. It’s very clear that you’re doing this reading in order to influence the election.’

In addition, one of the best aspects of the Berkeley Rep’s production of It Can’t Happen Here was their organization of a national reading of the play on October 24 at theatres and libraries across the country. This dynamic event recalls not just the FTP’s reach as the country’s only attempt at a national theatre—both in content and in scope—but also the simultaneous productions of the FTP’s It Can’t Happen Here that premiered on stages across the country on October 27, 1936. As Ara Beal of Ohio noted when she signed her theatre up to participate in the national reading, it was about “connecting to history and other communities” in ways that are exceedingly rare in the theatre. For readers, actors, and audiences, the sense that there was a coordinated event that allowed people to feel as though they were part of something larger must have been thrilling.

But like the FTP prior to it, the producers and companies who staged or read It Can’t Happen Here have had to deal with the repercussions of “politicizing” the stage. Recounting the reviews of the 1936 production, Flanagan noted that several reviewers condemned her for propagating propaganda on behalf of the federal government while others praised her and the agency for offering such important theatre as fascism took hold of Europe. Similarly, contemporary critics of the Berkeley production note that perhaps it’s easier to stage such a play in an area—like Berkeley—that leans heavily liberal. In more “purple-state” areas of the country, producers noted a desire to open dialogue among different groups: In their staging of the October reading, the Yellow Springs, Ohio, organizers stressed the play’s attempt to induce empathy in audiences rather than condemning certain political points of view. But as one commentator rather bluntly posted on Denver’s Curious Theatre Company’s webpage, the theatre should be devoid of politics: noting that the company’s decision to stage the reading was “deplorable,” asserting that “you keep politics out of the theatre. It’s very clear that you’re doing this reading in order to influence the election.” While the director of the Denver theatre offered an eloquent defense of the company’s right to stage it, it’s hard not to see the parallel between the outward criticism of the FTP for “politicizing” the stage and the most recent adaptations of It Can’t Happen Here.

Of course, the biggest difference between the 1936 productions of It Can’t Happen Here and the 2016 restagings is the overall outcome of the election. Looking back at the 1930s productions, it is easy to think of them as responding to a threat that never came, but when one thinks about the 2016 play and readings, it is difficult to not emphasize with some of their audiences: for those of us on the political left, there doesn’t seem to be much to laugh about. But perhaps the FTP and the Berkeley Rep’s attempts to persuade audiences should also remind theatre overall that despite the challenges—and the dangers—of engaging in political theatre, it is better to have spoken out than to have kept quiet.

Alex Roe's Metropolitan Playhouse on the Lower East Side offered a staged reading that was marvelous and moving, followed by a talk-back with an historian that drew audience members to stay long afterward, discussing recent US history, fascism, and antifascism.

Thanks Pamela. I personally love when companies provide talk-backs, especially with historical plays.

I feel compelled to point out that Peccadillo Artistic Director Dan Wackerman produced a staged reading of "It Can't Happen Here" at the National Arts Club in New York way back in March, 2016, and I wrote about it as part of my HowlRound essay "Could A Play Stop A Demagogue? Theatre and Electoral Politics" http://howlround.com/could-...

Thanks Jonathan. I had forgotten about Peccadillo's reading; there are also a number of university drama departments organizing readings for the upcoming year.